Nicholas McCarthy’s “The Prodigy” is a disturbing supernatural story of nature versus nurture gone haywire. Can a mother’s love protect her only child? 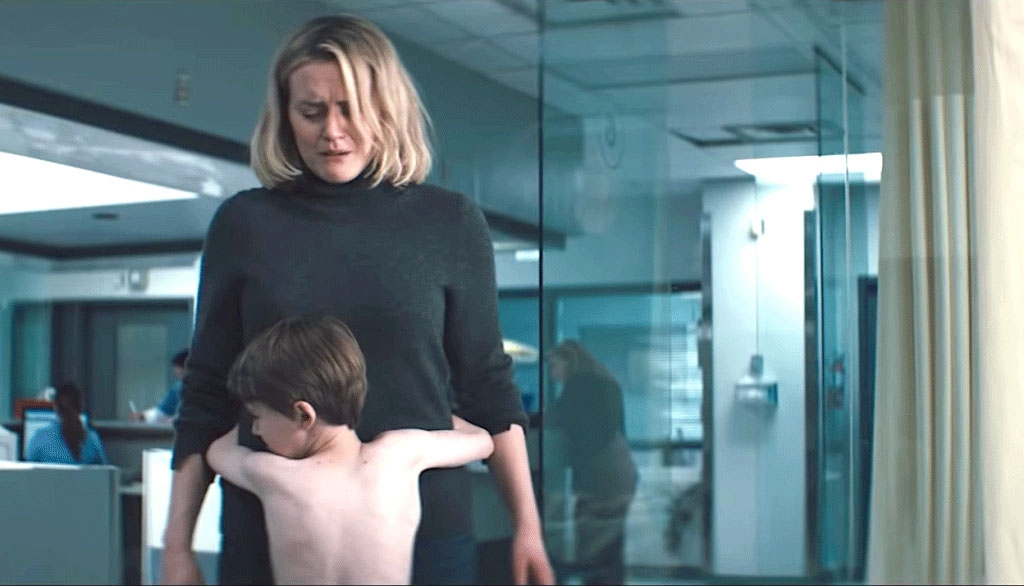 What is wrong with Miles? The Prodigy explores the lengths a mother will go in order to protect her family.

As a mother, The Prodigy hit me in the heart. We all want our children to be perfect. And in the case of this film, it started to look like little Miles was on his way to be just that. Starting out with films like The Omen, The Good Son and The Bad Seed in my head, I was wondering myself, what is going to be up with this little guy?

Possession is not a new thing in horror films about kids, but The Prodigy surprised me with a different twist on the story.

The film begins with a woman (Brittany Allen) escaping a ruthless serial killer, (a really creepy Paul Fauteux) leading the police to him, where he is shot to death. At the same moment, a baby boy is born to a couple in a neighboring state — a baby with two different colored eyes: just like the serial killer. Maybe a card played too early in the film, but a cool moment, nonetheless.

Sarah, played by Taylor Schilling (Orange is the New Black), and her husband John (Peter Mooney), have wanted a child for so long. Their miracle baby Miles (Jackson Robert Scott) seems to be just that. Showing incredible intelligence right from the beginning, he is enrolled in special schools to keep up with his learning curve. Everything is odd but seems perfect, until Miles turns eight.

Even before his eighth birthday, Miles was different and never completely played well with others.

But after that evidently important date, things start going downhill quickly. Night terrors plague him, and he begins speaking Hungarian in his sleep. New violent behaviors begin taking over their lives. Not playing well with others takes a super crazy U-turn into sociopathic behavior. Sarah wonders if her son Miles’ disturbing behavior signals that an evil, possibly supernatural force has overtaken him.

Then a doctor who specializes in reincarnation comes to them. He suggests there is an evil and dark presence inside her son, trying to take over. And Sarah sees there could be truth in her thoughts. But it’s her baby boy. How could he be filled with evil?

Fearing for her family’s safety, Sarah must grapple with her maternal instinct to love and protect Miles in favor of investigating who is causing this darkness inside him. What does this monster want, and how long is it before it takes over Miles forever? When she figures it out, I was blown away with the decision she makes to do the unthinkable to save her son.

The Prodigy is not a completely original premise, but it works because of the relationship between mother and son, and the stellar performances from Schilling and Scott. 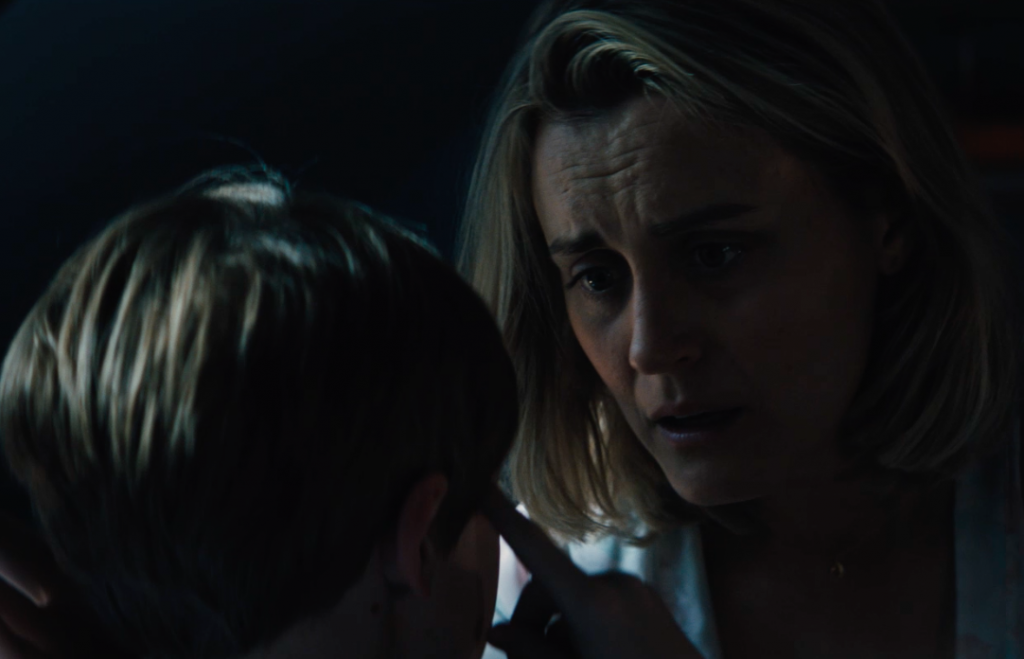 I love Taylor Schilling in Orange is the New Black, and she didn’t disappoint here. I could feel her conflict as a loving mother wanting to do the best for everyone. And wow, who can forget little Jackson as Georgie in the new version of IT?

In this film, it was incredible when he switched from one character to the other. At one point, he is a loving little boy. Then his face easily shifts into the evil man residing inside him. Even the fact that they dubbed some of the bad words in, so that the actor didn’t have to say them, it was all still there in his tortured expressions. This kid is great! There’s a great scene where he is taking off his Halloween makeup. Half his face is his, and the other half is a skeleton. It’s impossible not to see and feel the changes going on in his psyche right in that moment. 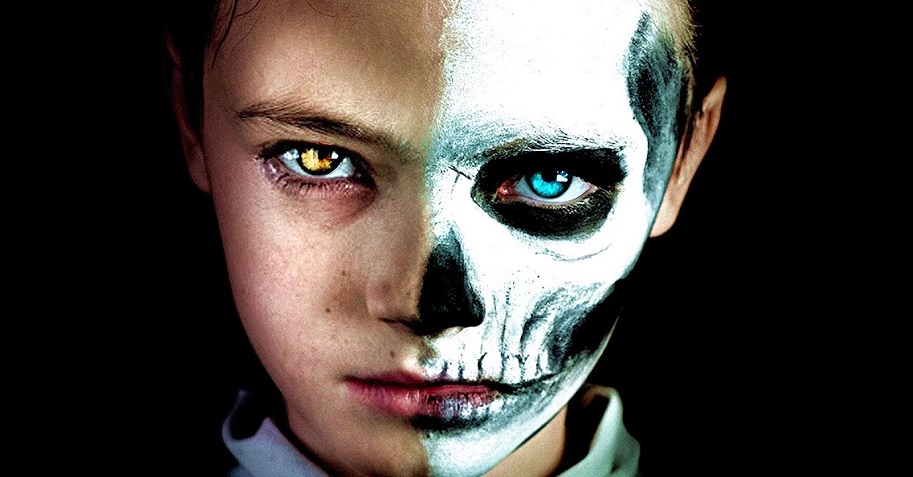 The best part for me was the fact that THE PRODIGY delivers a different ending than most evil kid movies of this sort. A film that literally ends with a bang, it will leave you conflicted, surprised and chilled to the bone. The weather at the end is cold, the music disquieting. And Miles? Well, you’ll have to see the movie to know what happens.

Click here for a spoiler rant.
Why the dog? Why is it always the innocent, loving family pet? Also, why did they go to such extremes to show us the body? I know it isn’t real. But that moment sucked me right out of the film for a minute. Insinuating the death might have been ok, but did we need to see a body? Really? OK, I’m done.

The Prodigy is available on Blu-ray and DVD from Twentieth Century Fox Home Entertainment.