A spooky journey into the woods, “Rootwood” offers plenty of hair-raising bumps-in-the-night and a frighteningly good performance from star Elissa Dowling. 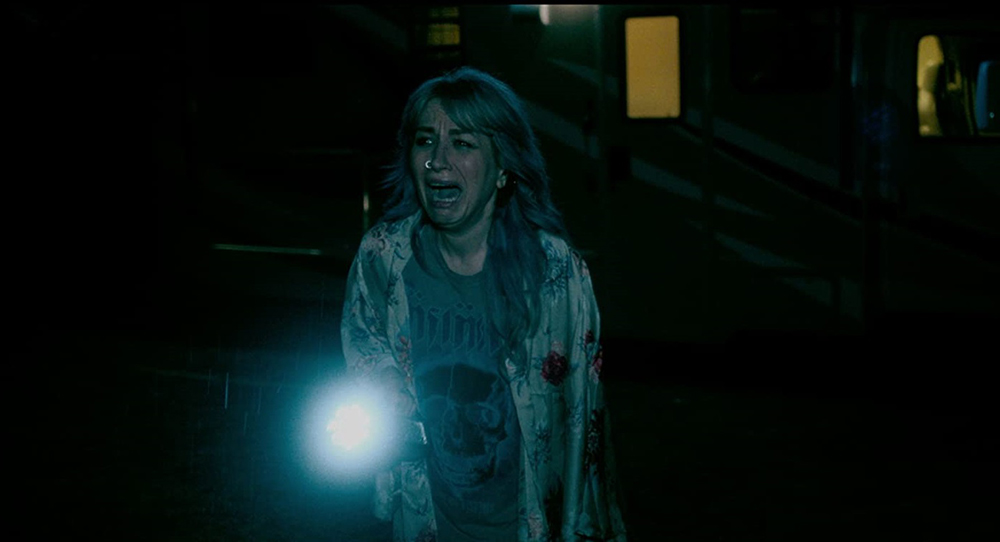 The frantic and desperate screams from Jessica (Elissa Dowling) in the opening scene as she calls out for her friend Will will make your blood run cold. It’s a startling opening and one that grabs you right away, demanding you pay attention. It’s the end result put right up front. And as the film then cuts to Jessica and Will during happier times recording a podcast together, you know that there’s a frightful journey that lay ahead.

Just as she did in last year’s Automation, Elissa Dowling steals the show as the down to Earth Jessica. She plays the character as agreeable but hesitant when it comes to the idea of documenting a Satanic myth deep in the forest for a film project she and her partner Will have agreed to do. (They were approached by a film producer played by Felissa Rose in a wonderfully, full on Hollywood, ‘snap-snap-give-me-those-script-notes-now’ performance).

Dowling also adds a layer of amusement to it all that gets the viewer on her side, an ability that comes naturally to the talented actress.

Playing opposite Dowling is Tyler Gallant as her podcasting partner, Will, and their mutual friend, Erin, played by Sarah French. Gallant is great at portraying the overeager but perhaps in over his head Will (the quick scene of him trying to set up a tent shows you all you need to know), but he’s a little flat in the more serious scenes where a feeling of passion within his character is missing.

Sarah French is superb as Erin, the fun, material possession loving, always-has-to-look-her-best (easy to do when you’re Sarah French) friend who can be a downer when things get tough (tough as in beginner-style hiking) but is also a lively shot of energy in most situations. There’s also some personal history between Will and Erin that creates a little tension between the two characters, a tension that creates dire circumstances as their journey starts to go from documenting to experiencing.

As the three characters venture deeper into the forest and closer to the area of The Wooden Devil, they come across one strange thing after another, naturally. 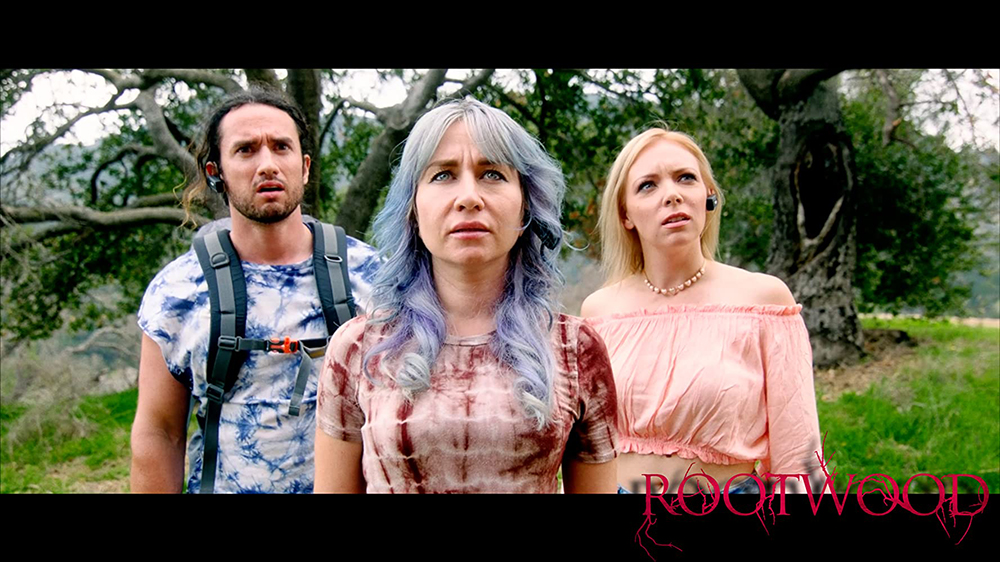 The film has a nice pace to it as things get more and more strange, building to the point of terror and pure panic for the characters.

In this way Rootwood has a Blair Witch Project vibe, minus the full on found footage approach. But Jessica and Will are filming a documentary, and director Marcel Walz cuts to the hand-held footage during moments of action, giving those scenes an added sense of chaos. Walz sets up a number of effectively creepy shots using this technique (one in particular with Erin next to a drain pipe).

The script may be a little thin, only hinting at character development and not doing much to raise the stakes in that regard, but the cast have great onscreen chemistry. And Elissa Dowling’s performance is a must see.

This chemistry makes it easy to follow the characters on their journey. And Rootwood offers enough spooks and thrills to be a solid horror flick, including several creepy shots and WTF moments, making for great midnight viewing.

From High Octane Pictures, Rootwood is now available on DVD and Digital.