“When I’m a Moth” is a strange but thoughtful exploration of a woman destined for greatness and the high price required to manifest destiny.

I am a woman of a very particular taste. Often, the things that make me fall in love with a film are the very things that sour the average movie-goer.

I love artsy, allegorical, slow-burning films — the kind of films that tend to be described as pretentious, or even somewhat dull. But human drama for me is anything but dull.

I’m fascinated by complex relationship dynamics, philosophical ponderings, and the intersection of psychology and sociology. I love films that explore what makes us human, films that address the common threads that bind us together — our shared hopes, fears, anxieties, aspirations, and uncertainties. Sometimes, a film where little else happens outside of two characters conversing can be riveting if the writing is strong and the performances are believable and compelling.

However, I recognize that’s not everyone’s cup of tea.

When I’m a Moth is a film tailor-made for someone like me — and frustrating as hell for everyone else.

Billed as a parable on the ambiguity of political narratives, filmmakers Zachary Cotler and Magdalena Zyzak cleverly describe the film as an “un-biopic” of Hillary Rodham. But what does that even mean?

Apparently, the film was very loosely inspired by a little-known real event in young Hillary Rodham’s life. In 1969, just after graduating from Wellesley and before attending Yale Law School, Hillary spent a summer in Valdez, Alaska, where she worked — and was fired from — a fish-packing plant.

This small and relatively insignificant blip in Hillary’s memoir became the basis of this purely fictional story. Cotler imagined the events that may have helped shape the career and destiny of the future political powerhouse.

But he does so in a way where it becomes irrelevant that the story may or may not be about the real Hillary.

In fact, the filmmakers cleverly avoid even revealing their character’s last name. There is no attempt to provide any real insight into the woman behind the public persona. Rather, When I’m a Moth simply leans into that persona — creating a character who is distant and cold, socially awkward, relentlessly ambitious, and singularly focused.

What’s more important is delivering a scathing indictment of a corrupt political system that demands its participants sacrifice everything — including their identity — to rise within its ranks and claim the top seats of power. 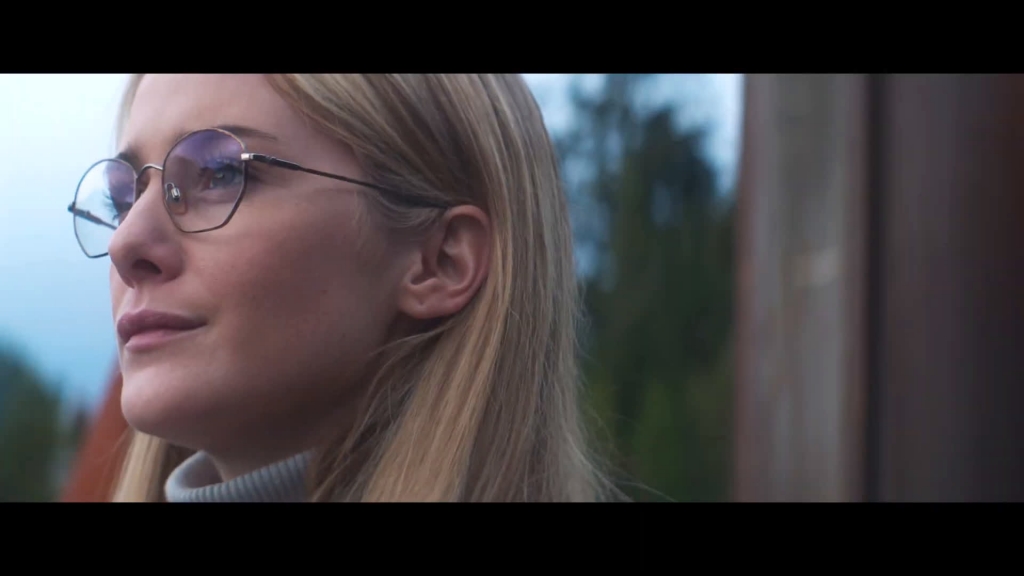 But it’s not just about a broken system. It’s about the ways we, the public, pretend to want authenticity and honesty but punish any real candor or vulnerability while rewarding those politicians most adept at playing the game and telling us exactly what we want to hear.

We don’t want the truth; we want the illusion of truth. We want the “truth” that makes us sleep better at night, even if we know in our hearts it’s anything but the truth.

When I’m a Moth’s Hillary (Addison Timlin) understands, unequivocally, her place in the world. She knows her path, and she has no intention of deviating from it. She has no illusions about a noble destiny full of altruistic deeds and humanitarian efforts. Instead, she freely admits that she wants power, and she’s willing to do whatever it takes to get it.

For Hillary, it’s not a choice. This is who she is and who she is meant to be; nothing can change that.

As she walks home from the fish-packing plant each evening, she passes two sullen Japanese men, Mitsuru (Toshiji Takeshima) and Ryohei (TJ Kayama). Each day, their eyes follow her as she passes. Frustrated, she decides to introduce herself, stating that if they are going to keep staring at her she might as well say hello.

Despite a gruff exchange, she invites them to have a drink with her. Soon, she follows them to their house on the outskirts of town. It feels ill-advised, even for 1969. She never seems entirely safe, but she has a fearlessness about her, a complete lack of intimidation — as if she knows her destiny cannot be changed but still enjoys playing chicken with fate.

It’s also possible she lacks much social awareness, unable to give much thought to what others may be thinking or feeling as she remains all-consumed by her own journey of existential soul-searching.

Ryohei it turns out is rather charming and quickly becomes smitten with Hillary. The two develop a blossoming relationship. Much of the film consists of little more than quiet moments between the two as they get to know each other and contemplate big questions about life and the future.

This is a film heavy on dialogue and extremely light on plot.

I say that not as a criticism but as a caution. If words like arthouse and think-piece give you consternation, steer clear of this one.

Even if that’s usually to your fancy, When I’m a Moth may miss the mark for you.

It’s an undeniably odd little film, mostly defying categorization. And while it’s absolutely gorgeous to look at thanks to some pretty remarkable cinematography from Lyn Moncrief, it’s perhaps best described as meandering.

Still, the performances are riveting. Addison Timlin is exceptional — and entirely believable — as a young Hillary. And some of the dialogue is quite powerful, like when the future presidential candidate ponders the inevitability of human nature, despite unfettered access to information.

“You can’t get rid of ignorance. It always seems to triumph…somehow. I feel doomed.”

That’s a gut-punch for anyone still reeling from 2016 and its devastating aftermath.

At a minimum, it’s hard to argue that When I’m a Moth isn’t fascinating.

This is a deep and thoughtful character study of a woman who is caught between two worlds: a world of people, like her well-to-do parents, who demand excellence from her at all costs, and a world of people who refuse to acknowledge she could ever be capable of greatness, like Ryohei.

It’s a world the real Hillary would live in her entire political career, up until her heartbreaking run for the ultimate political prize.

When I’m a Moth is now available via digital and on-demand from Dark Star Pictures (release date: August 27, 2021).