“Nosferatu the Vampyre” is a rare breed: a remake of a cinematic masterpiece that is, itself, a mesmerizing and memorable work of art. 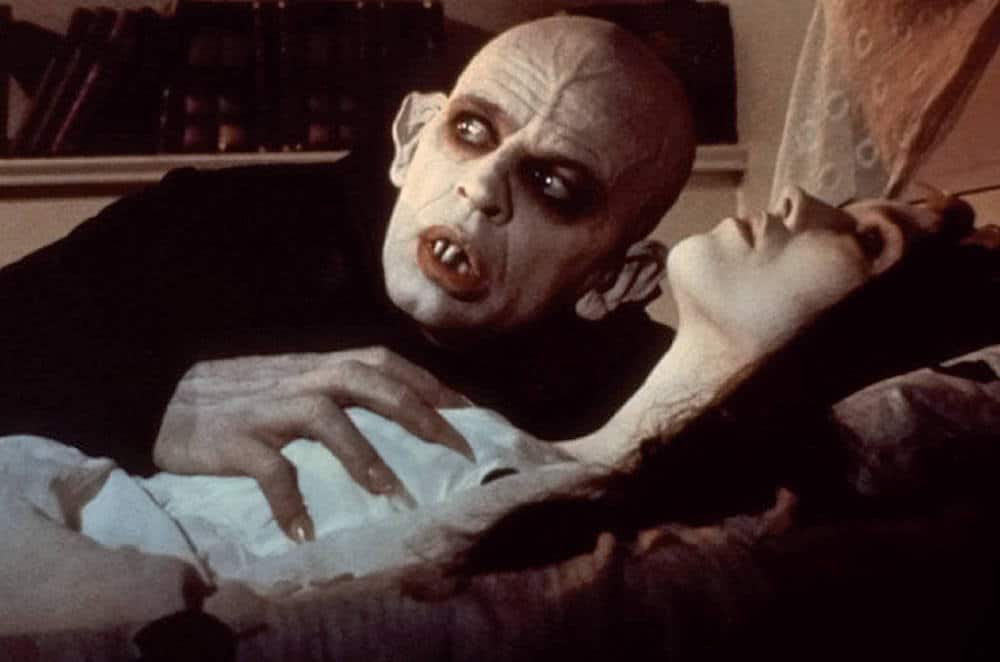 There have been so many vampire movies over the decades, that it is inevitable some of them would be forgotten and lost to time.

Even good ones like Thirst are rarely brought up in conversation.

To put it another way, there are so many vampire flicks, including some truly great ones, that a legendary director gifted the world with what is possibly the greatest remake of all time, and it is rarely talked about.

Even non-horror fans will instantly recognize Nosferatu: A Symphony of Horror.

The German silent film is not just one of the important horror films of all time, it is one of the most important films in general. It has been parodied and paid homage to countless times. And it set the stage for future scares. 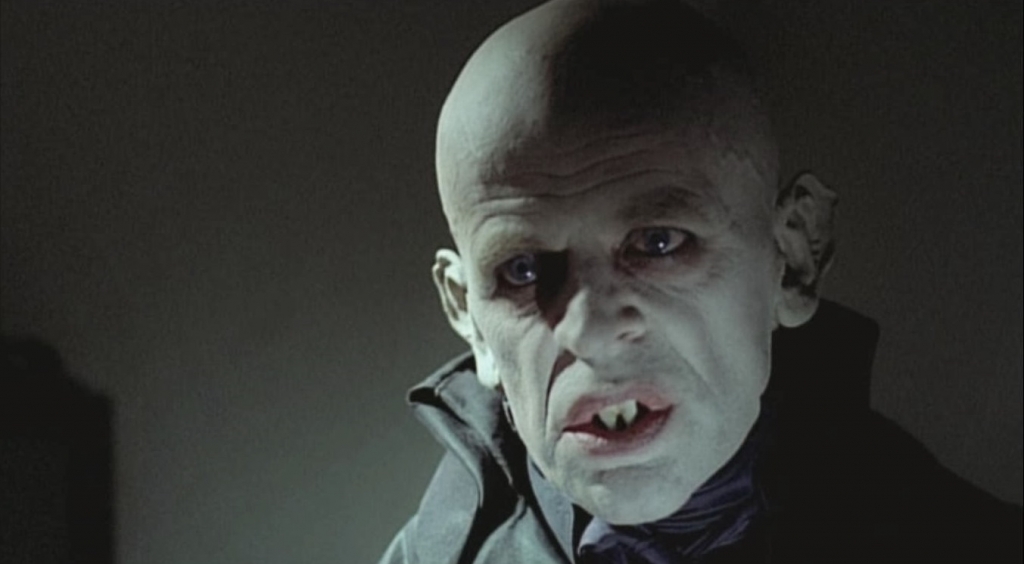 Herzog thought 1921’s Nosferatu was the greatest German film ever made and wanted to make his own version. By the time shooting for his film was set to begin, the copyright for Dracula had entered the public domain. This allowed the original character names to be used, and Klaus Kinski was cast as Count Dracula.

Though it is more common now, Herzog’s version of Dracula had never been seen before. Instead of the suave count of a gothic castle, Herzog’s Nosferatu the Vampyre finds a rodent-like man with animal-like fangs and long fingernails. His appearance is monstrous throughout.

That’s certainly not to say Nosferatu the Vampyre is bereft of any beauty.

The film is filled with gorgeous landscape shots of the Netherlands and Czechoslovakia. The opening sequence was shot in Guanajuato, Mexico, using the mummified remains of victims of a cholera epidemic. There is a sense of despair even in the most arresting shots.

Herzog was unafraid to take some of the source material’s most iconic shots and reimagine them for his film. Those who have seen Gus Van Sant’s Psycho remake understand how badly this can go. Not only is this not a problem in Nosferatu the Vampyre, but it works to showcase Herzog’s love for the original movie.

Instead of looking like a lazy knockoff, the 1979 film looks like a loving homage to F. W. Murnau’s original. 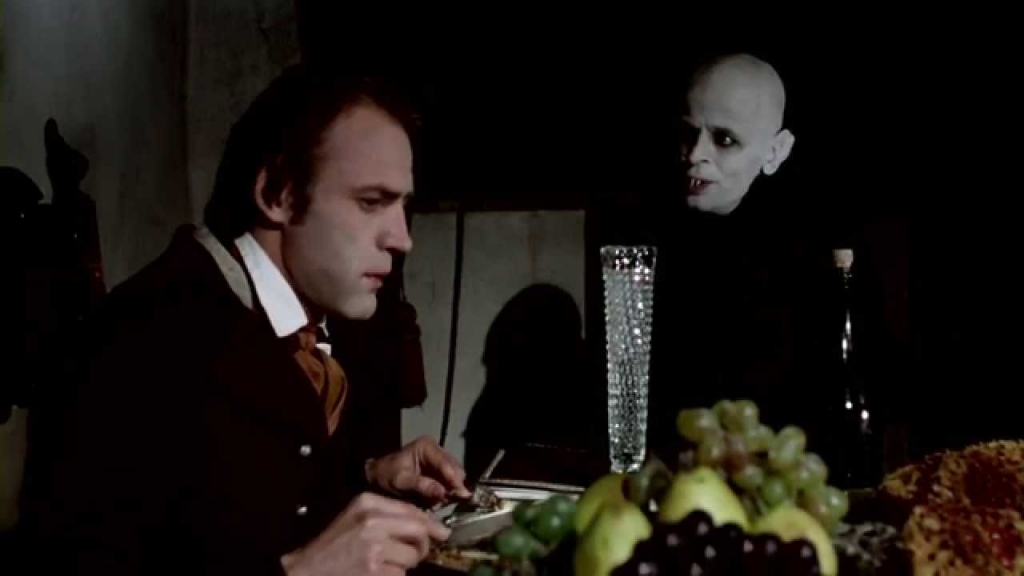 Some of the recreations are almost shot for shot. Set against the appealing backgrounds, there is an atmosphere that is perfect for the story being told.

Nosferatu the Vampyre may be a tribute to another movie, but it is not a straight remake. There are many similarities between the two (and to Dracula, of course), but Herzog — who also wrote the film — made sure his film stood apart. This is seen most prominently in the surprising ending.

Abraham Van Helsing is an important part of vampire lore. He, or his descendants, are vampire-killing machines that every creature of the night fears. There have been many takes on the character over the years, but more often than not, a Van Helsing is around the help save the day.

Though his role is far reduced, he does play an important role in the ending. The archenemy of Dracula ensures the Count is dead by driving a stake through his heart. This is as expected and a perfect time to end the movie.

Instead, when the police come, Jonathan Harker (who has become increasingly ill) suddenly awakens from his near-catatonic state and is able to talk. He lets everyone know that Van Helsing murdered Dracula. The doctor is arrested and Harker rides off into a beautiful sunset looking much like the vampire who has just killed his wife.

The final moments of the film are incredibly powerful while also underscoring everything NOSFERATU THE VAMPYRE has already accomplished. There is a sense of tension, followed by pure shock. The final shot may be the best-looking one in the entire film.

There is no shortage of vampire movies, but Nosferatu the Vampyre is equally terrifying and alluring.

Overall Rating (Out of 5 Butterflies): 4.5
MORBID MINI
Picking a vampire movie to watch is relatively easy. Watching one that leaves a deeper impression and stands out among the sub-genre takes a special film. Werner Herzog’s Nosferatu the Vampyre has some of the most beguiling shots put to film. At the same time, it stays true to the gothic roots of the original.