The horror comedy “Canaries” does a lot with its limited budget, including delivering some great effects, but it ultimately falls short of excellence.

Canaries (aka Alien Party Crashers) is a horror comedy directed and written by Peter Stray. The film follows a group of friends who gather for a New Years Party. Little do they know, but a horde of Freddy Krueger alien hybrids wearing yellow raincoats will be joining the guest list.

The cast does a decent job with the material they are given, but many of them treat the content with a bit of unnecessary seriousness. While this may have been intended for comedic effect, it often falls flat and muddles the intended tone of the film. Steve (played by Craig Russell) and the rest of his friends have surprisingly effective comedic chemistry. Many jokes land while others fall a bit flat, as with most comedy films. 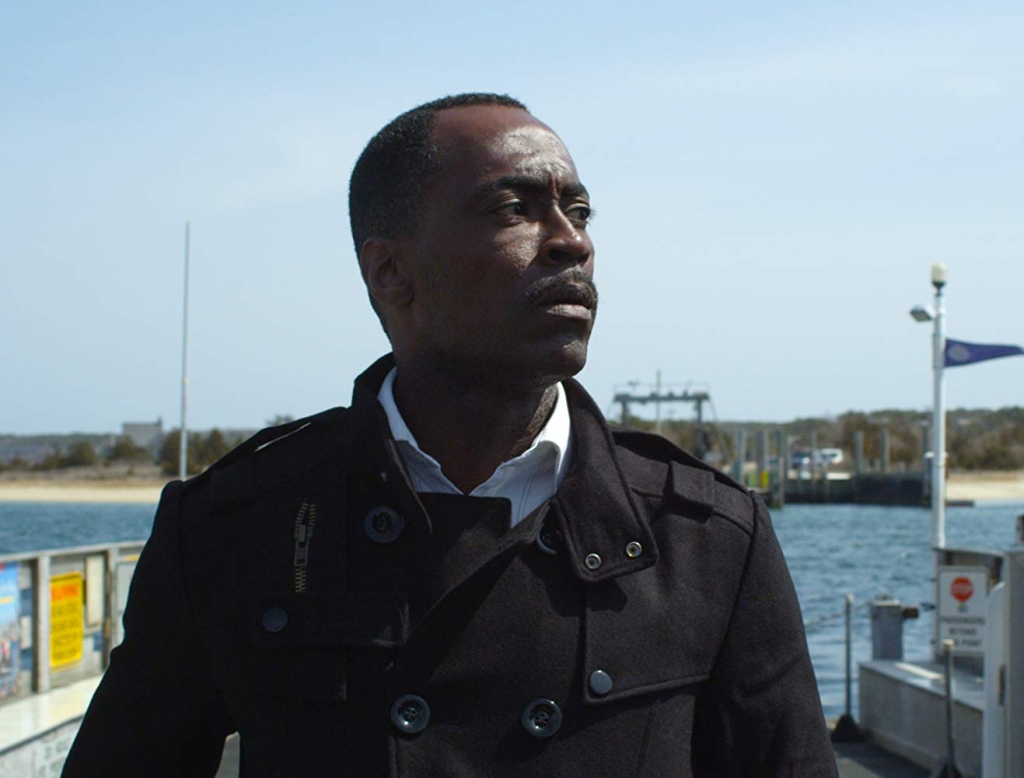 The film is at its best when it’s depicting the friends’ struggle against the alien invaders. But when it tries to incorporate Rob Karma Robinson’s Miles character, it gets weighed down.

It seems as if Robinson thought he was in a different movie altogether, as his intense and assertive performance feels like it belongs in a sophisticated action thriller. The chemistry of his government team does not work well at all. The film often tries to forcefully depict Tsilia Brock’s Marcie (another government agent) as a character who is always two steps behind, but it’s not exactly comedically effectively and feels unnecessary.

The highlight of the film is its creature work and special effects. 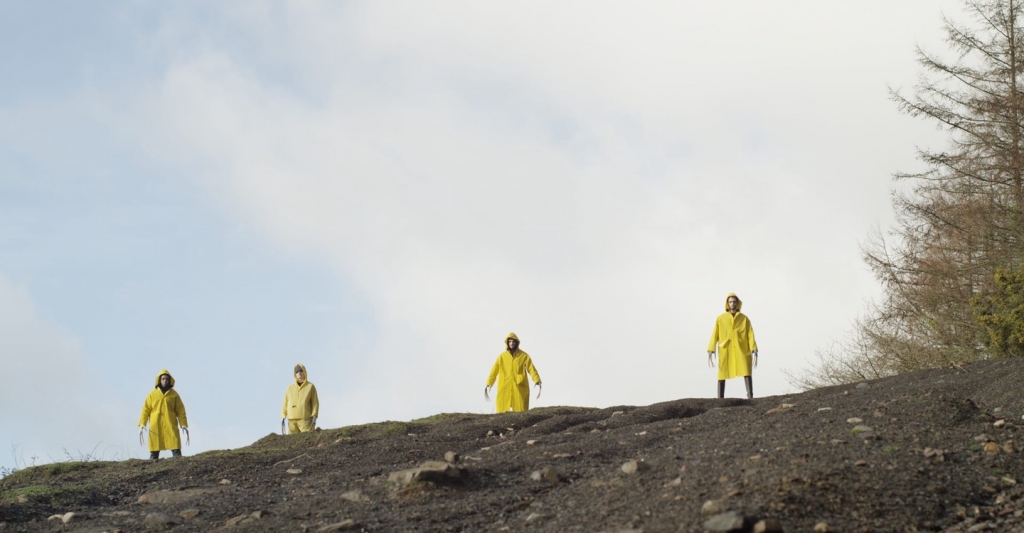 The alien creatures are genuinely unsettling, with bright yellow ponchos and terrifying eye contacts. The gore effects appear as if they are straight out of a classic 80s slasher and are joy to watch on screen. The way characters are impaled and disposed of is great morbid fun.

For example, one character gets talons shoved through his forehead, and its visible in all its bloody goodness. The creatures themselves are framed and blocked in some pretty unsettling ways. Sometimes they creep into the frame or simply approach the protagonists with their talons bared. The director definitely knows a thing or two about creeping an audience out. 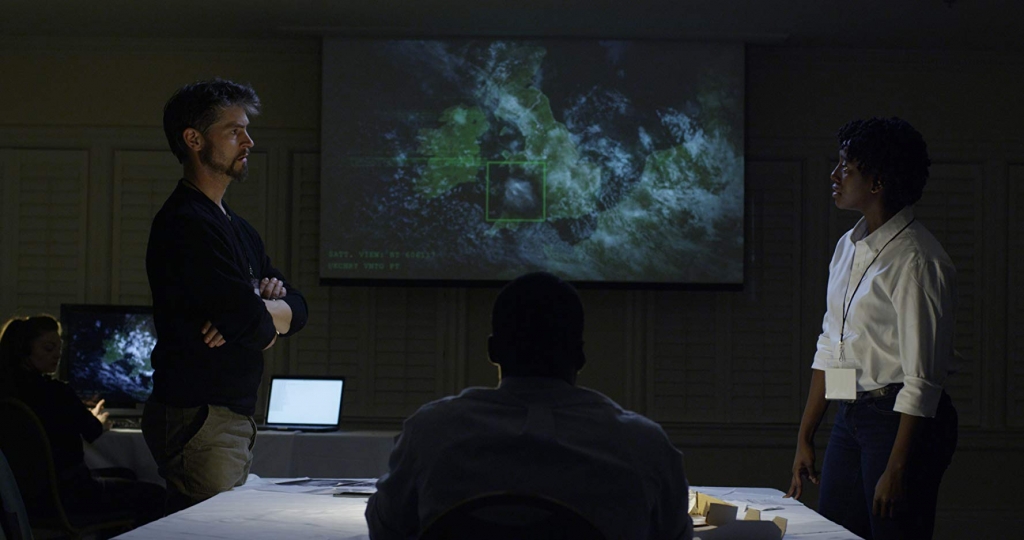 The absolute worst aspect of the film is its disastrous editing. Scenes cut from angle to angle a frustratingly large amount of times. It is insanely distracting when a tense dialogue scene is interrupted by about 6 different cuts in the span of 10 seconds. Editing can often make or break the intended tone of a scene in a film. And in this case, it certainly does more harm than good. I’d like to think the reasoning for these cuts was because of lack of coverage with certain angles and not something the editor actually thought was effective. But overall, the editing work is extremely poor.

The story of the film makes strides to be interesting, but is held back by its tonal inconsistencies and shoddy editing. The extraterrestrial invaders seem to be involved with time travel, yet the extent of this power is only briefly touched on. The government’s strides to deal with the alien threat seems a bit disconnected and distracted from the true entertainment that is watching the New Years Eve party guests survive. 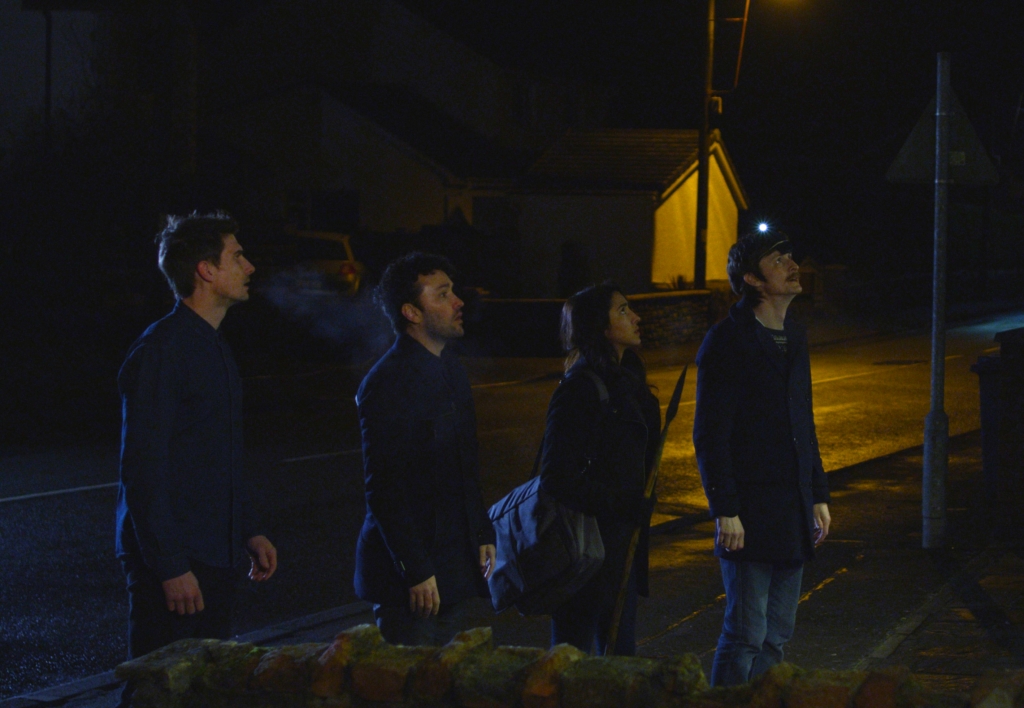 The film is a lot of fun when it’s simply just depicting a group of friends fighting for their lives, but often gets bogged down by its forced attempts to incorporate the government into the storyline.

Overall, CANARIES is a decent effort to bring back the campy, blood-soaked style of classic horror. Unfortunately, the film’s horrid editing and confusing tone hold back it back from potentially becoming a cult classic.