Surprising, Inspiring, and Devilishly Good: “Hail Satan?” will challenge everything you think you know about The Satanic Temple and what it stands for. 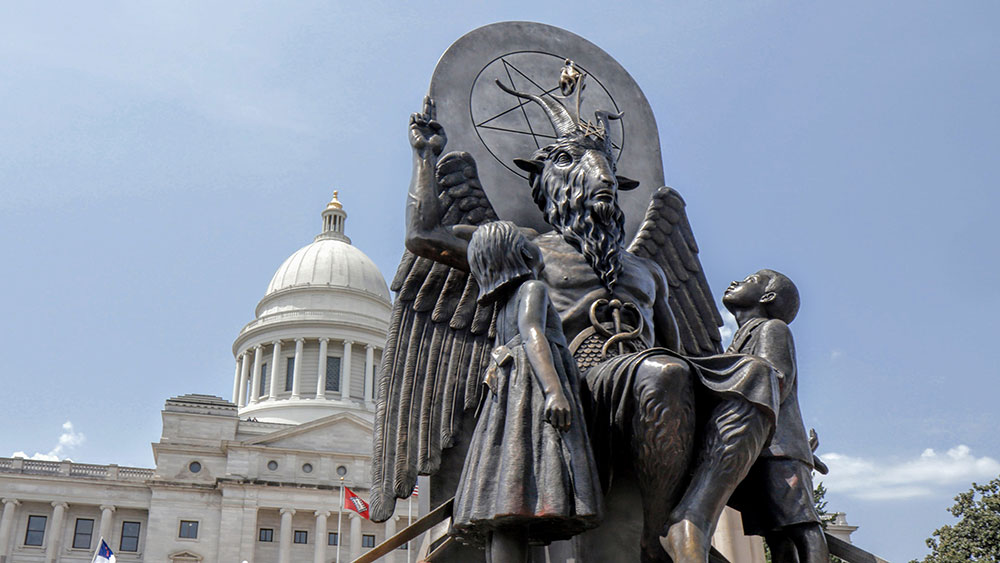 In the battle for justice and equality, The Satanic Temple is putting up one hell of a fight.

The minute I saw the poster and trailer for the new documentary from acclaimed filmmaker Penny Lane (Nuts! Our Nixon), Hail Satan?, I couldn’t wait to watch it. Fortunately, the wonderful people at Magnolia Pictures were kind enough to send me a screener, and it was everything I hoped for…plus so much more.

Hail Satan? chronicles the extraordinary rise of one of the most colorful and controversial religious movements in American history. A group known for their theatrical protests and loving embrace of the ultimate bad boy of Christian theology, this well organized and deeply passionate group of rebels and outsiders is so much more than meets the eye. 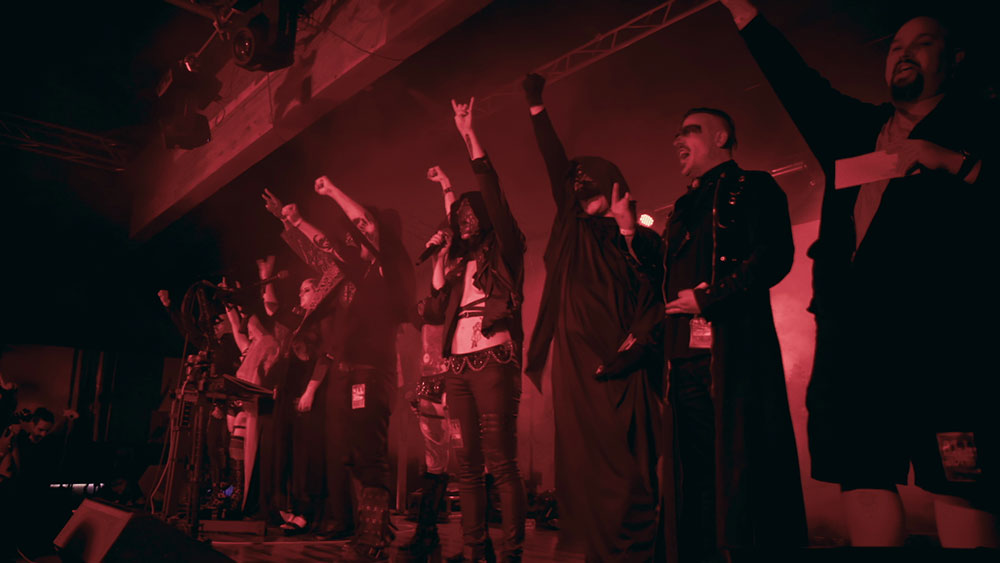 Although they are often painted as dangerous and immoral hedonists by devout Christians, members of The Satanic Temple are actually civic-minded activists with a strong code of ethics and a deep desire to protect the disenfranchised and oppressed. They spend their time advocating for religious freedom and challenging corrupt authority.

As she embarked on this documentary, filmmaker Penny Lane realized her assumptions about Satanism were incorrect. “I had it totally wrong,” she admits. “I assumed that the Satanic Temple members were not in fact Satanists, but were just pretending to be in order to make a political point. The truth was, Satanism didn’t mean what I thought it meant.” 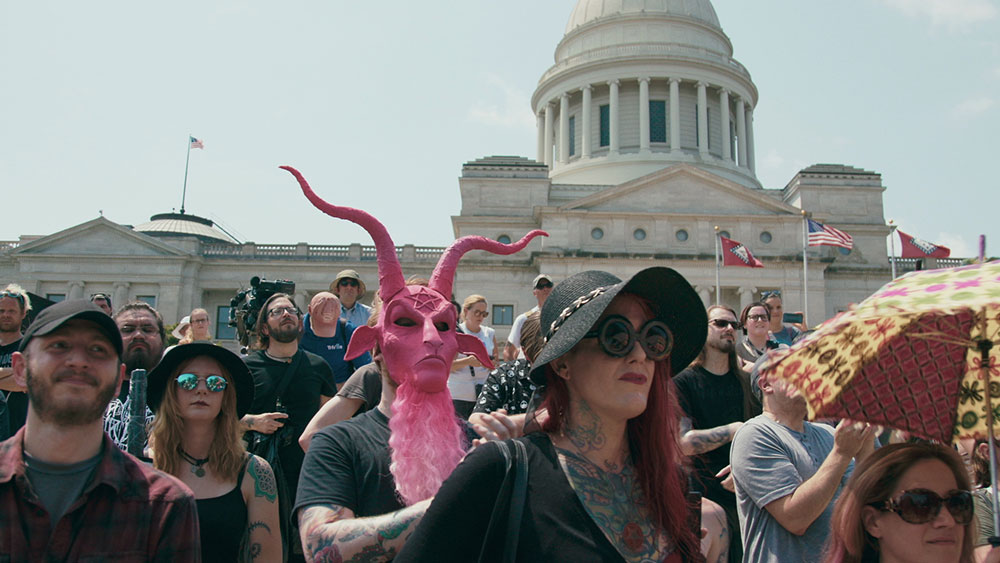 If you head to TST’s website, you can read their mission statement, which reads much more like that of a charitable humanitarian organization than the Satanic cult they are often branded as.

The mission of The Satanic Temple is to encourage benevolence and empathy among all people, reject tyrannical authority, advocate practical common sense and justice, and be directed by the human conscience to undertake noble pursuits guided by the individual will.

As she dug deeper into the Temple’s inner workings, Lane found herself unexpectedly touched by the group’s passion and spirit.  She was surprised to discover how spiritually and emotionally fulfilling TST had become to its members. 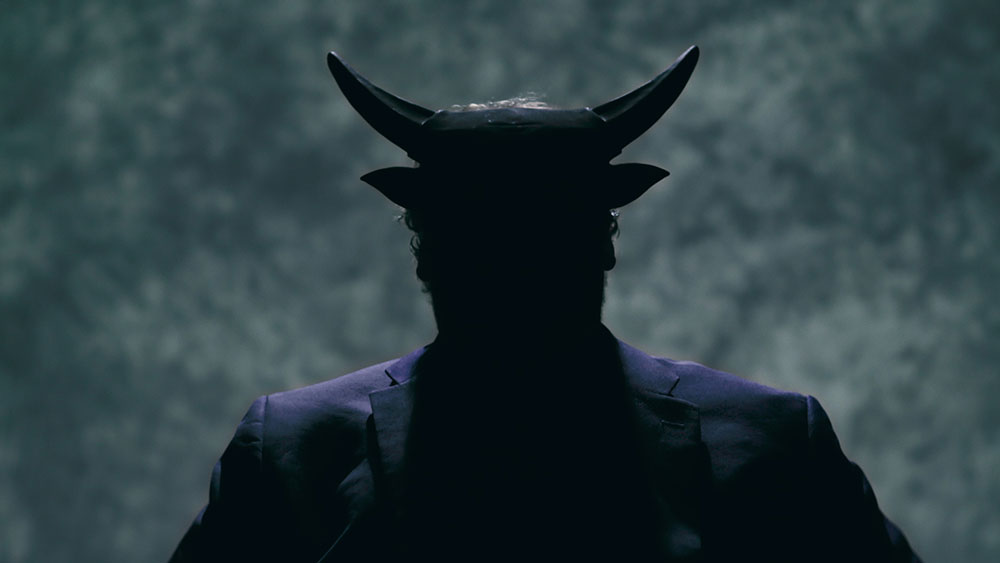 The organization was founded in 2013 by Malcom Jarry and Lucien Greaves. While the former has remained a behind-the-scenes influencer, appearing only briefly in the documentary and keeping his face hidden, Lucien has become the face of The Satanic Temple. Although, he’s far from the fame-seeking showman you might imagine. Instead, Lucien appears as an introspective and thoughtful man, uncomfortable with the limelight he’s been thrust into.

He explains in the documentary that he always wanted to remain out of the public eye. But it quickly became clear that the organization needed a spokesperson — and that spokesperson needed to be a true believer, a knowledgeable and passionate representative of TST’s core tenets and mission. Lucien explains, “I never wanted to be the face of TST, but I wanted to be the voice.” In order to make sure the message got out there in the right way, he had to become the messenger.

Necessity forced him to the center stage and made him the object of public scrutiny and Christian ire. Hearing him speak, however, it’s clear this is no act. He is wholly and authentically committed to the cause. Those around him routinely ask him, before big TST events, “Are you excited?” Always the answer is the same, “No.” Lucien hates the spotlight. But he loves TST. 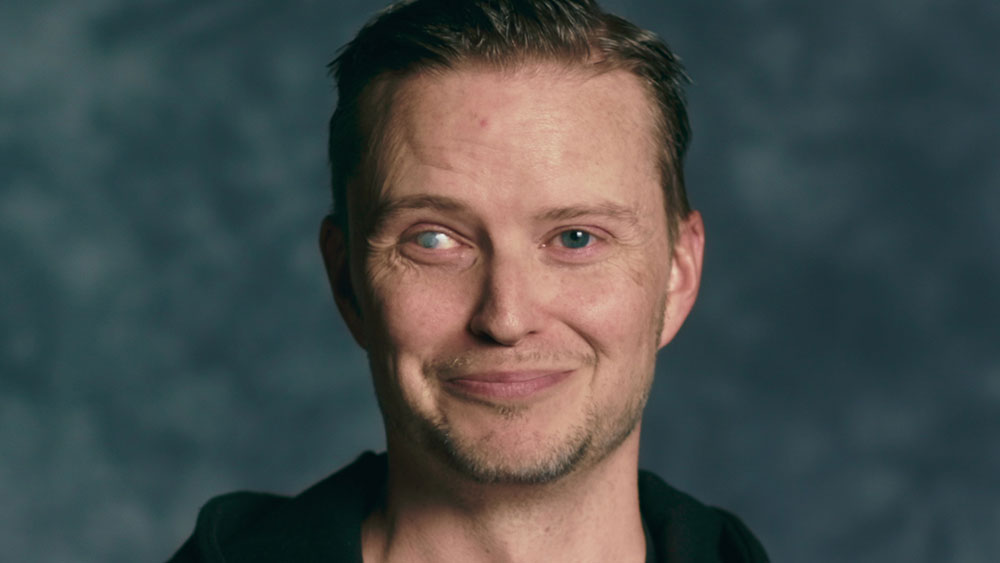 While The Satanic Temple did not invent modern Satanism, it has certainly helped redefine it.

This modern incantation of the non-theistic religion is much more political and activism-based, with members aggressively fighting against intolerance and the marginalization of those with non-majority beliefs. For TST, Satanism is a new tool and weapon in the ongoing culture wars. In fact, much of the history of TST in Hail Satan? is revealed through a series of high-profile events that garnered extensive media attention and helped dramatically grow the ranks of TST followers.

Politically aware and civic-minded members of The Satanic Template have advocated for equality and freedom of religion in a variety of ways, including (but not limited to) publicly opposing The Westboro Baptist Church, applying for equal representation where religious monuments are placed on public property, providing religious exemption and legal protection against laws that unscientifically restrict women’s reproductive autonomy, and applying to hold clubs alongside other religious after school clubs in schools besieged by proselytizing organizations. 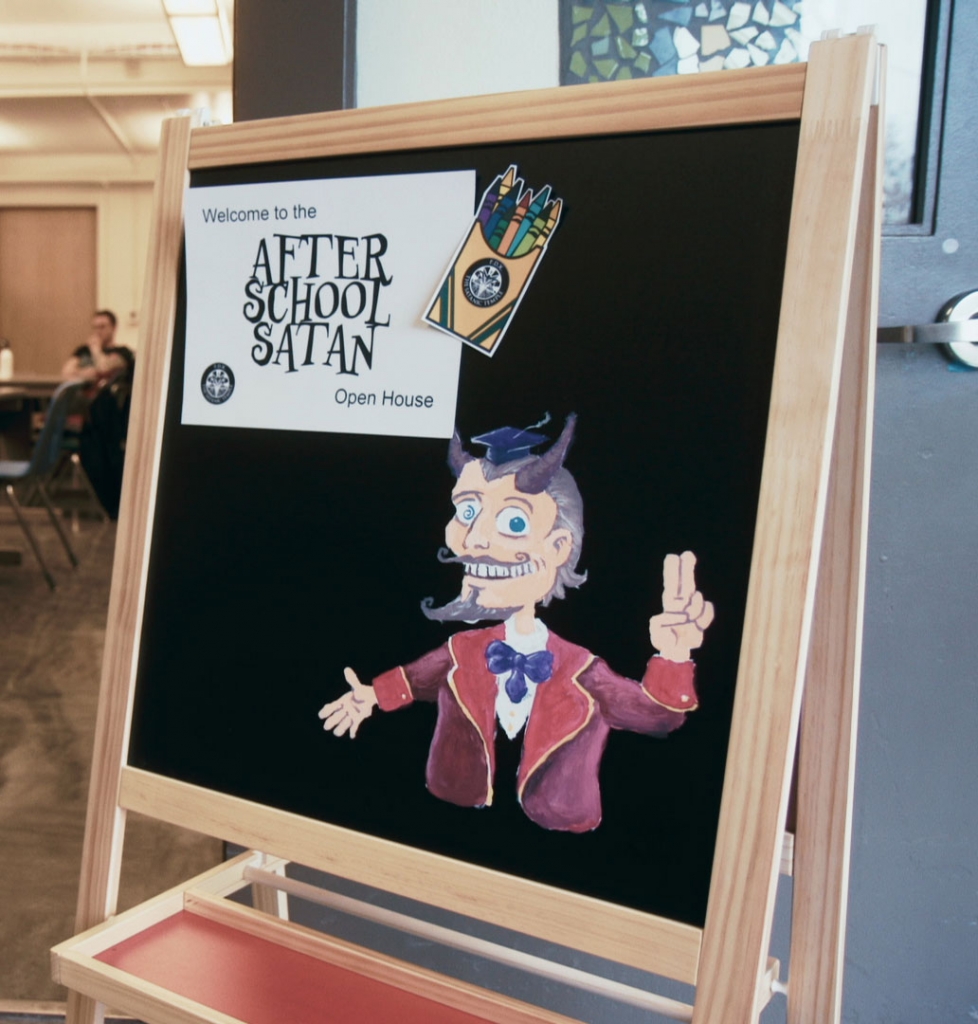 The remainder of the story in Hail Satan? is told through insightful interviews with leaders, local chapter heads, and members of The Satanic Temple, including former TST spokesperson Jex Blackmore, chapterhead Michelle Shortt, and spokesperson/attorney Stu de Haan.

After getting thrust into the national spotlight by taking part in what he thought would be a simple invocation at a Phoenix City Council Meeting, Stu de Haan experienced a level of vitriol and bigotry that he had never before encountered. After public outcry and debate, the City Council decided to end the 60-year tradition of public prayer rather than let the Satanists speak.

After the eye-opening experience, Stu asked, “Is this how everyone who is different is treated?” That painful lesson just helped him realize how absolutely important the mission of TST is. 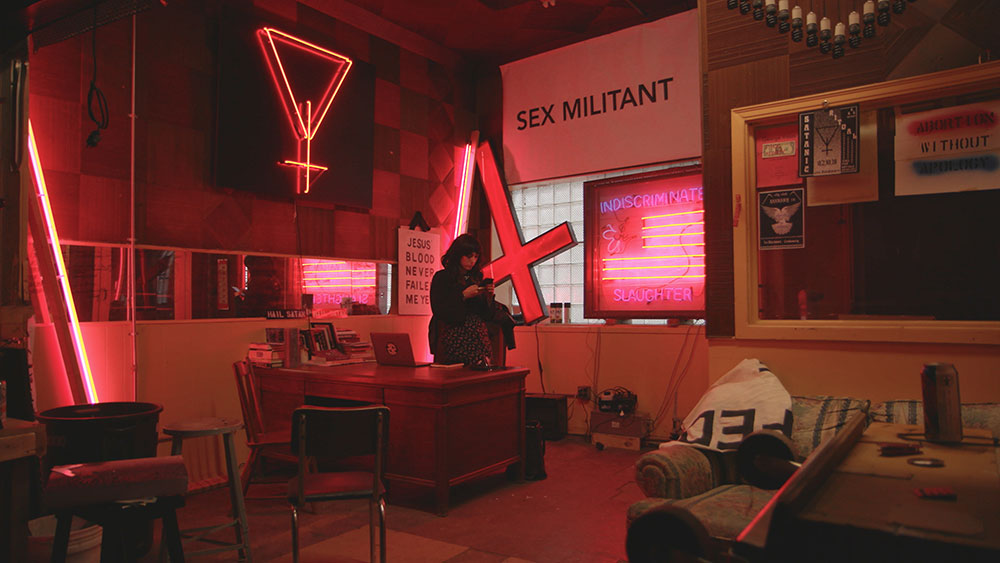 One member, a transgender woman, explains the problem of Christian privilege and the way religious doctrine creeps into laws that govern citizens who may not subscribe to that belief system. It’s part of the law in some places that “tells me what bathroom I can use” she explains.

Another member, a former Muslim, stated that he eventually found his way out of religion and became an atheist. But, he says, “That just didn’t feel like enough.” As Lucien explains, “Atheism is all about defining what you’re not. Satanism is defining what you are.” 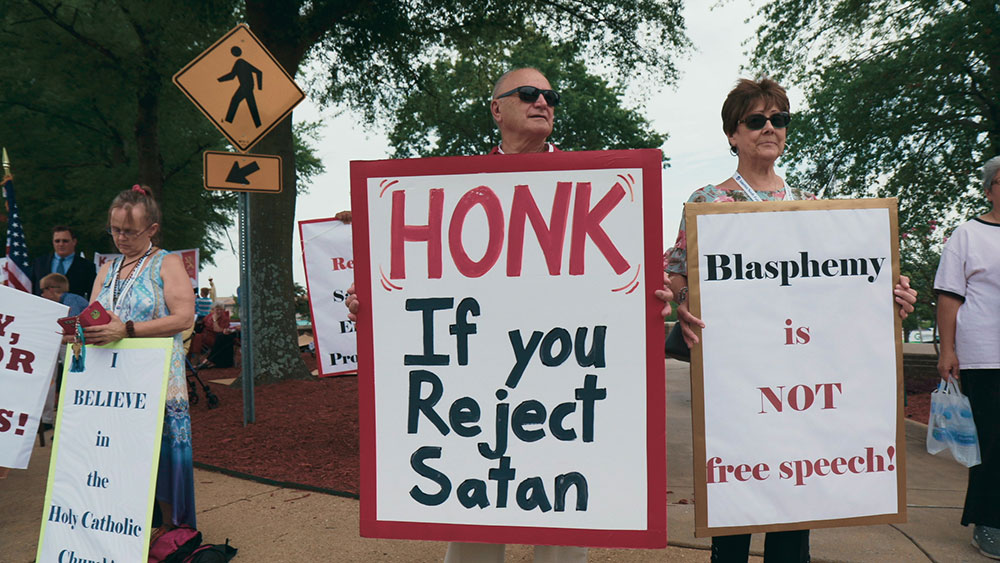 To that end, TST defines itself by seven fundamental tenets: