Born out of a viral tweet, “You Might Be the Killer” is a light-hearted, self aware love letter to the genre; “Scream” for the social media generation. 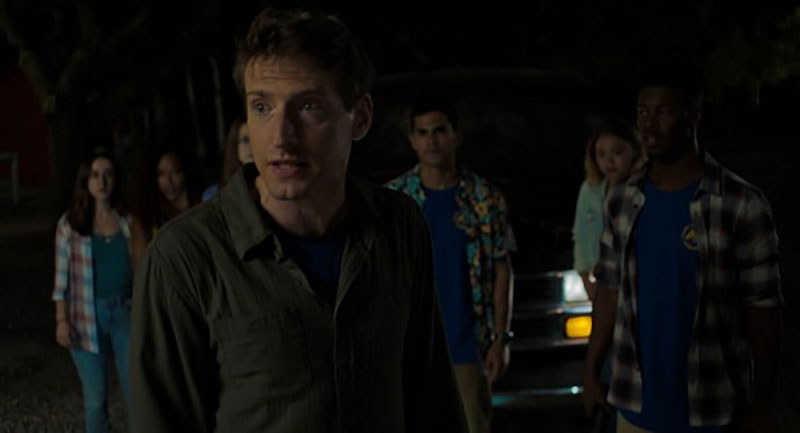 People die immediately in Brett Simmons’ film You Might Be The Killer, which premiered at Fantastic Fest in Austin, TX on Friday night. And you know what? I like that in a horror film of any variety. It grabs my attention, makes my inner love of gore swell a bit and has the potential to set a decent tone for itself. But it’s not the killings in this movie that deliver the payoff, it’s the priceless back and forth involving encyclopedia-like horror formula wisdom.

The premise of You Might Be The Killer intrigued me;

Counselors are being killed off at summer camp, and Sam (Fran Kranz) is stuck in the middle of it. Instead of contacting the cops, he calls his friend and slasher-film expert Chuck (Alyson Hannigan) to discuss his options. 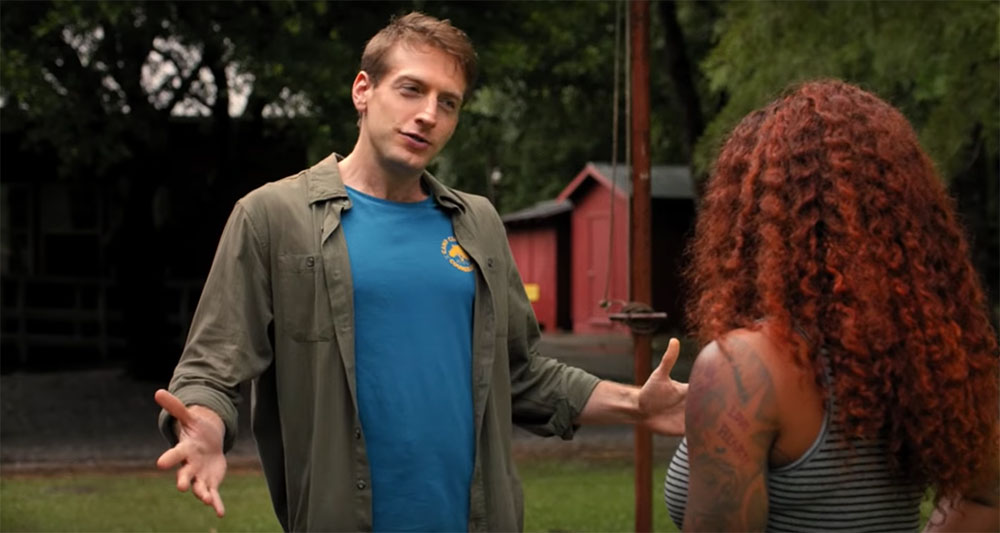 What was equally as intriguing was how all this got started in the first place.

A Twitter feed between writer pals Chuck Wendig and Sam Sykes apparently entertained quite a few folks and sparked a collaboration between themselves, co-writer/producer Thomas Vitale and director/co-writer Brett Simmons. Incredible right? This friendly but focused banter concerning the rules of engagement within those films safely fitting into the slasher sub genre on Twitter, ignited a whirlwind of attention — and eventually possibilities for Wendig and Sykes.

The pair ended up helping produce the self-aware stab at horror tropes and gimmicks, which is complete with bloody title cards that adjust the body count numbers during the film. 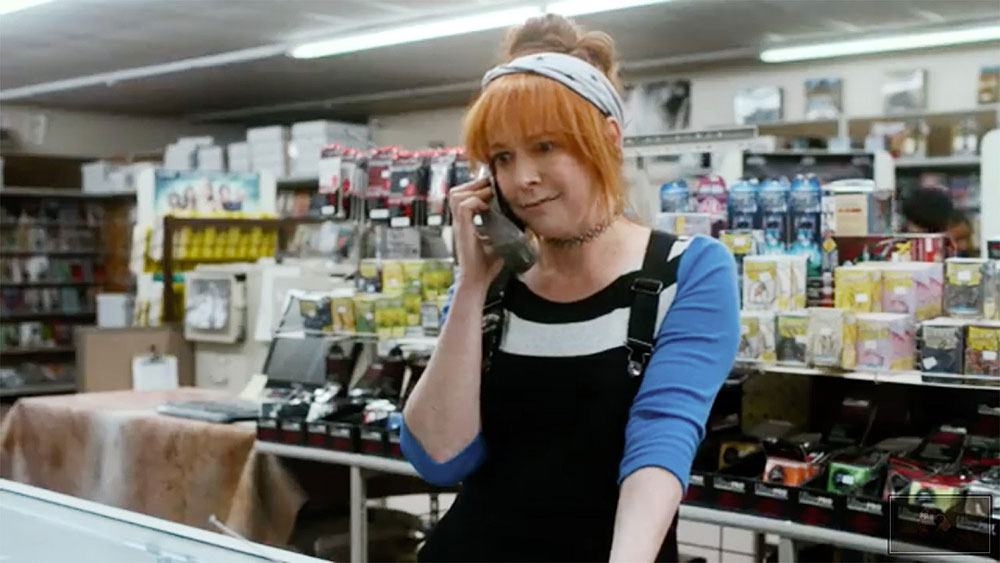 Alyson Hannigan (Buffy The Vampire Slayer) and Fran Kranz (Cabin In The Woods) star in You Might Be The Killer as besties Chuck and Sam. Sam has found himself in quite the predicament though. As the head counselor at a summer camp, Sam has come across his fellow staff members slaughtered in quintessential horror flick fashion.

His only hope he believes to piece the mayhem together, is to contact his witty friend Chuck, who is safely back at her shop dishing out cynical remarks and correct change. With his memory distorted and the bodies continuing to pile up, he desperately needs some assistance. Hannigan offers subtle hilarity to her character as Kranz delivers the constant nervousness that seems to be embedded into Sam. 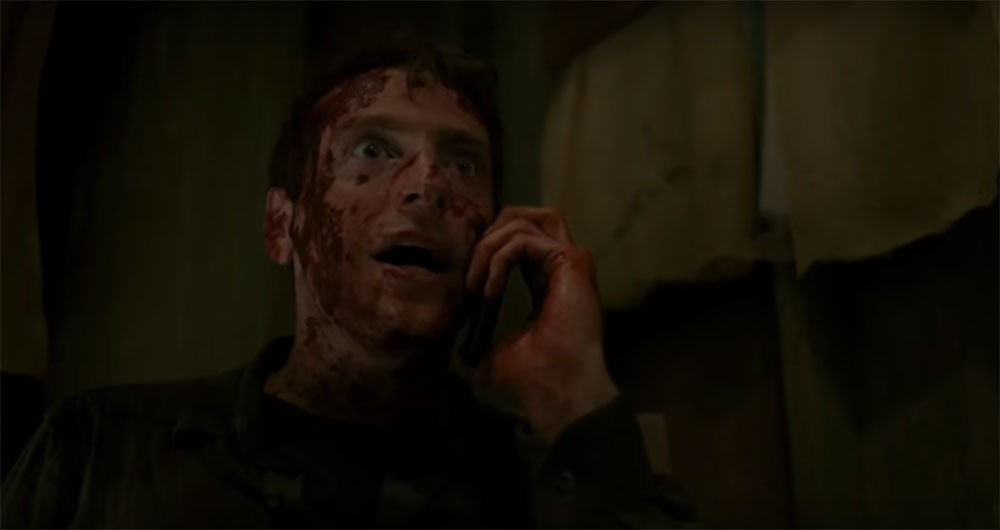 The sweet Astro Van driving into Camp Clear Vista along with some other nods to a favored “Killer in the Woods” help make You Might Be The Killer a fun watch.

One thing I didn’t particularly care for though was the mask the killer wore. It looked like a Groot and Plank Face (an incredible film from Scott Schirmer and Brian K. Williams of Bandit Motion Pictures) hybrid that was whittled hastily and was not frightening at all. But perhaps that was the point, because at the heart of this story is just a humorous exchange between friends. 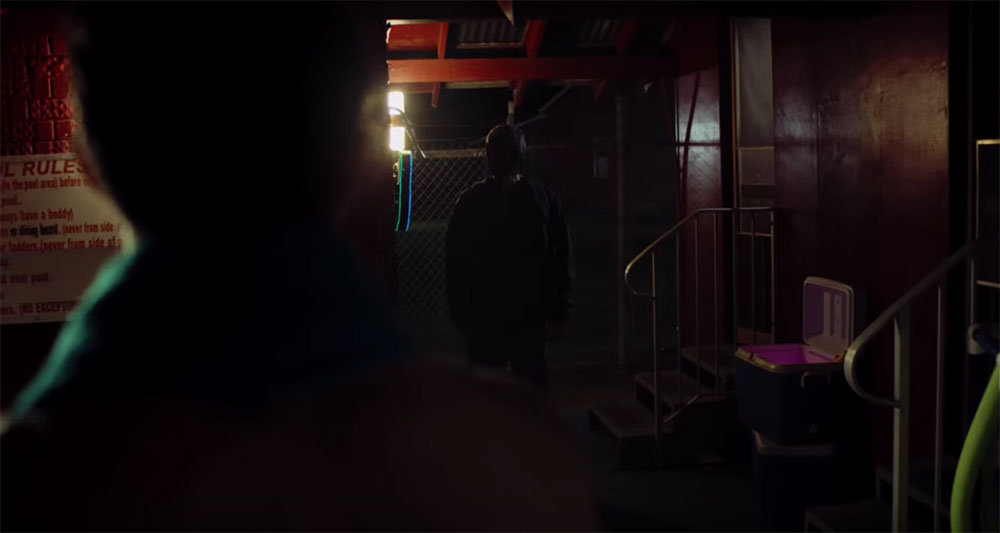 Much of the film is spent with Chuck explaining to Sam over the phone the rules and ramifications according to her vast knowledge of horror films. There are some decent kill scenes, but the entertainment in all this comes from the exchanges between the two friends, switching from the nerdy safety of Chuck’s shop to the chaos at camp. If you’re a horror fan, you understand the humor and the plight that Sam is in, engaging you to follow along to the delightful final scene.

You Might Be The Killer takes a lighthearted approach to the genre and will probably appeal to those that adore the likes of the Scream franchise and others, also leaving this wide open (if they so choose) to continue further on with the unwritten laws of horror…..and its inevitable sequels.