As “The Nightmare” so effectively explores, sometimes the scariest place isn’t a haunted house or a darkened movie theater —it’s inside your own mind. 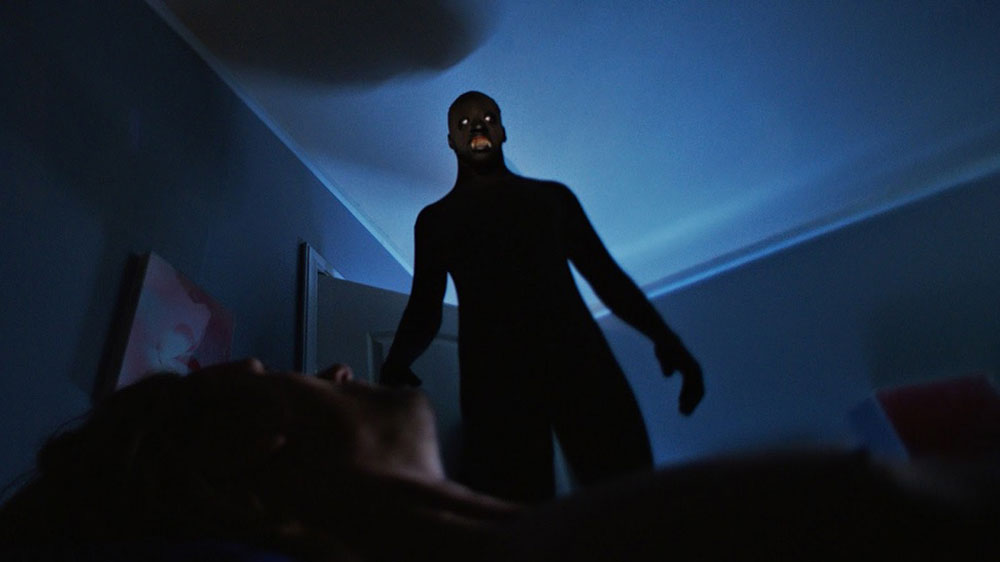 I’m lying in my bed. I am terrified. I want to scream, but I can’t make my mouth work. My body is locked down. I can’t move. I can’t even turn my head. With no feeling of doubt, I know distinctly that there is someone or something behind me…watching me…waiting…for what I don’t know. Panic builds, and as the panic rises, the more stiff and unable to move I become.

Other times, it’s spiders. I can’t move because I can feel the weight of a large spider making its way up by reclined body. I can feel the slow tentative movements and my heart seizes. I can’t breathe. I fight against not being able to move until I am finally able to break free – usually crying out and scaring the shit out of my partner in the process.

Anyone with similar experiences? 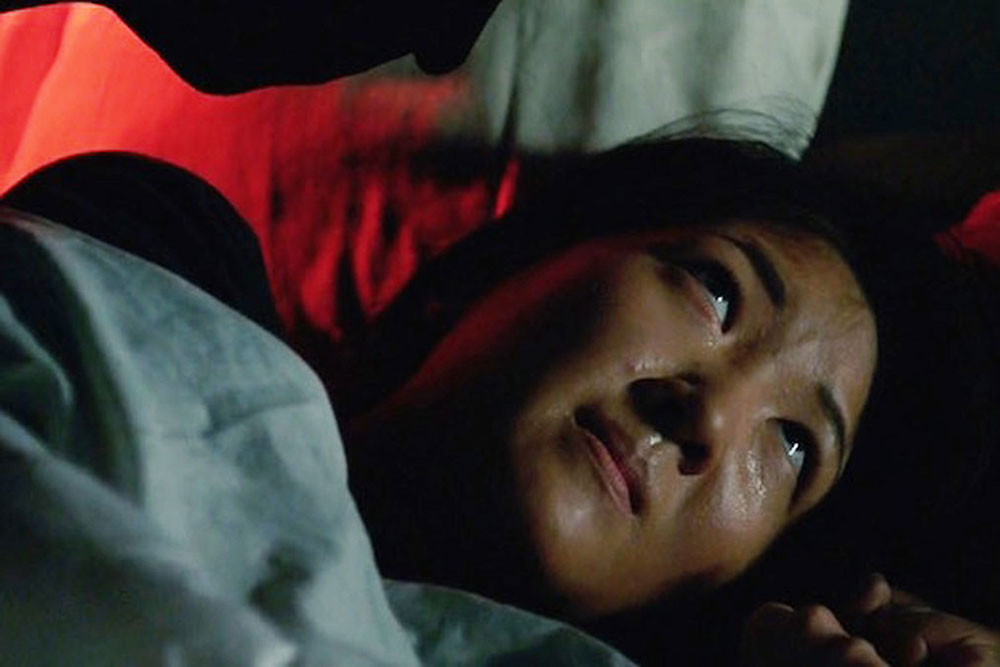 One of the scariest things I’ve watched in recent memory isn’t a horror film. It isn’t a slasher movie, and it isn’t even about my fear of random violence. It’s a documentary (currently on Netflix) called The Nightmare, and it examines the phenomenon known as sleep paralysis.

Sleep paralysis plagued me through most of my early childhood. It faded later, returned in my teens, and it has occasionally returned throughout my adult life. My mom thought it was nightmares. Frankly, I did, too. I had an overactive imagination, for sure, and I’ve discussed my love of horror from a young age in other columns. It wasn’t until I watched this documentary that I realized it had a name.

Following eight different people, the filmmakers let them tell the story of how they have spent their lives fearing sleep. Some of the subjects tell frightening similar stories, and the documentarians use recreations and an obvious knowledge of horror films (building tension, utilizing jumpscares, using music to build mood). 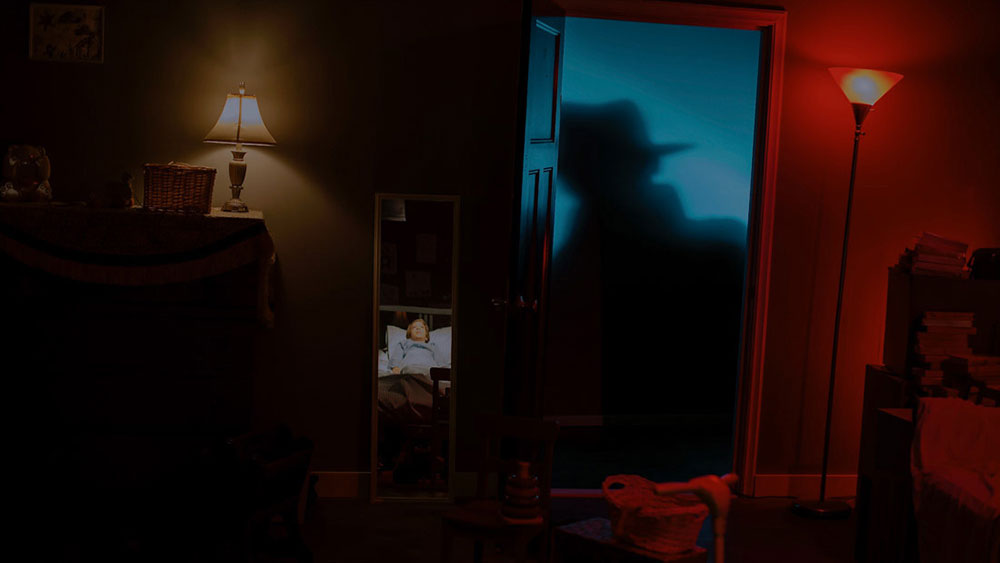 Fast forward to the first time watching The Nightmare, and one of the people begins to describe the Shadowman, a dark menacing figure that seems to only exist to cause terror. The hairs on the back of my neck jumped to attention as memory floods my senses.

I am a young father. My oldest son (maybe four at the time) has just been put to bed. While I’m tucking in his sisters, he suddenly cries out. I run to check on him, and he tells me he saw a Shadowman in his room. I comfort him and sit with him and leave the light on when I leave.

Listening to the these people discuss their experiences and remembering that night is chilling. 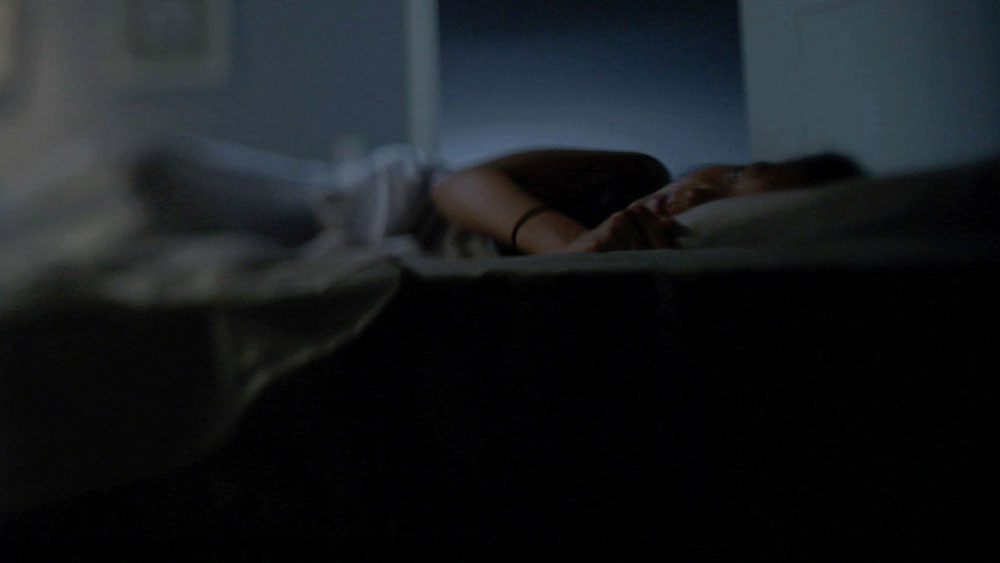 Director Rodney Ascher (Room 237) was compelled to make the documentary due to his own experiences with sleep paralysis. Reaching out online, he was soon overwhelmed by the sheer number of people who reported the same phenomenon. He was fascinated to learn that people from completely different walks of life reported seeing some of the same things.

The movie doesn’t seek to solve or explain away sleep paralysis or what might be scientifically causing it. Instead, it lets the people tell their stories and discuss their own theories. It’s fascinating and terrifying, and just as creepy on a second viewing.

As far as my own sleep paralysis? While I haven’t been able to control it or stop it completely, I have determined that it happens when I’m feeling overly stressed or not in control of my life, which isn’t helped by my polyphasic sleep cycle and the fact that I generally I enter a dream state almost immediately upon falling asleep. That subconscious helplessness seems to seep into my dreams and trigger sleep paralysis.

Whether you’ve experienced sleep paralysis or not, The Nightmare is intriguing and terrifying.