The Magic and Beauty of the Tarot Del Toro

The Tarot del Toro is a deck as unique and unforgettable as the films that inspired it, from the visionary mind and imagination of Guillermo del Toro.

“You have to believe the magic to see it.” – Guillermo del Toro

Did you ever come across something so perfect, so absolutely brilliantly conceived, that you wonder why it hasn’t existed always — and how you’ve existed so long without it in your life? Such was the case for me when I discovered the Tarot Del Toro, an original deck inspired by the wondrous world of Guillermo del Toro. 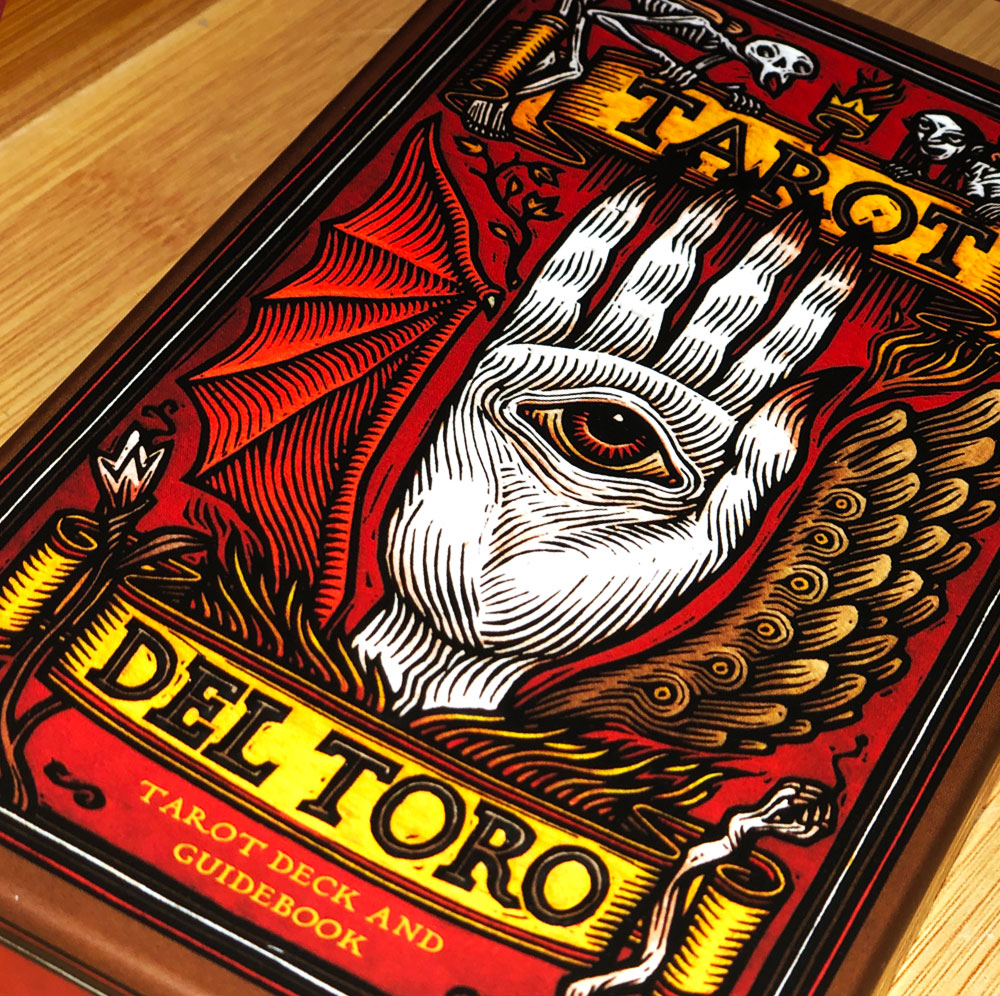 Created under the supervision of the master filmmaker, the drop dead gorgeous deck was designed and illustrated by Tomás Hijo, an illustrator, printmaker and professor of illustration at the University of Salamanca in spain. Hijo has illustrated more than seventy books and written ten of them, most of which are related to legends and folklore.

When I was first made aware of this Deck, I couldn’t wait to get my hands on it. But nothing could of prepared me for just how truly stunning the set would be, or for the immediacy of my profound connection to both the art and the unique interpretation of the cards.

The set includes a fully illustrated 78-card deck and guidebook, which includes a heartfelt forward by del Toro himself. In it, he talks about his very personal relationship to the Tarot, a passion passed down to him by his mother. He explains how learning to read and connect with the Tarot has made him a better storyteller.

Even the accompanying guidebook is a work of art. 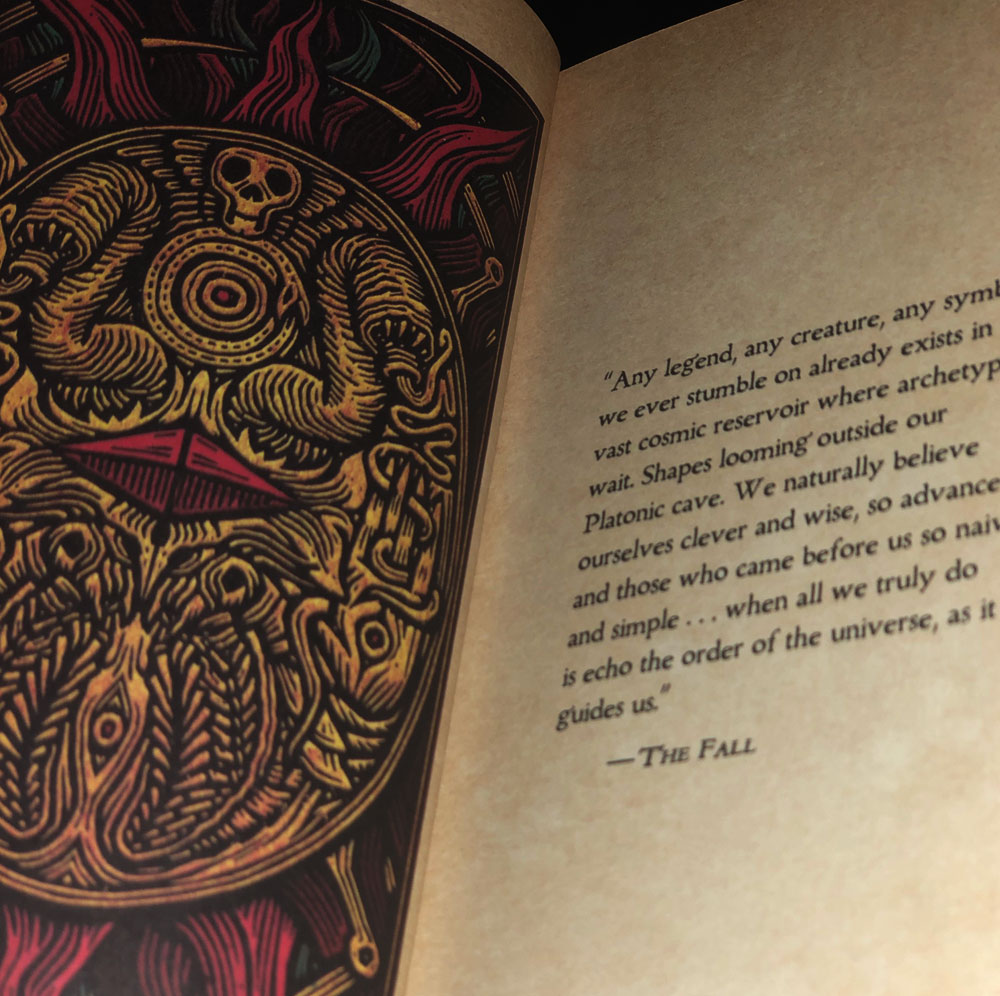 I love the way the meaning behind each of the cards is explored, reflecting the magic and wonder of del Toro’s cinematic universe, as well as del Toro’s own inspiring vision of the world.

The Deck features sumptuous original artwork inspired by the themes, imagery, and characters of some of del Toro’s most popular films, including Pan’s Labyrinth, Crimson Peak, and The Shape of Water. Hijo has carefully composed each card to create an extraordinary Deck full of miniature works of art — while also making sure they work as a system to be both beautiful and functional.

Great care was taken to marry the Arcana with the characters and symbols of del Toro’s filmography. What’s more, Guillermo followed the creation of every card from sketch to its final form and was intimately involved in helping bring the vision for this Deck to life.

Not only is the artwork inspired by del Toro’s films, but the interpretation of the cards is as well. 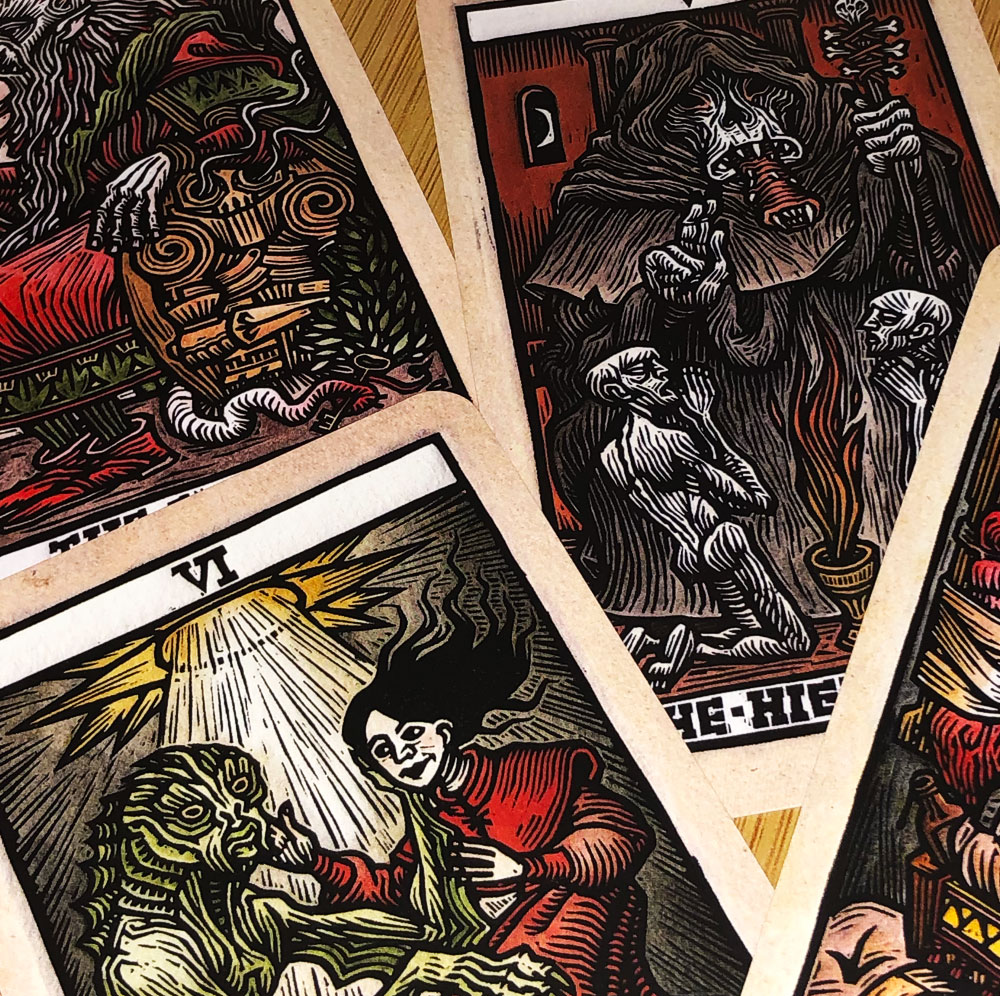 For example, The Fool in this Deck is represented by the faun from Pan’s Labyrinth, a character who is both jester and mystical pilgrim. In this way, fans of the visionary filmmaker are able to infuse deeper meaning into their readings and more intuitively respond to the Deck.

Each card is not only lovingly designed but hand carved with deeply embossed engravings, allowing the user to connect with the cards both visually and tactically.

The TAROT DEL TORO is a remarkable gift for fans of the Tarot, art lovers, del Toro film fans, spiritual explorers, aficionados of fantasy and folklore, and anyone with a passion for creativity and storytelling.