We continue our recap of the Riverdale series with episodes 19 and 20 of the second season, “Prisoners” and “Shadow of a Doubt”.

Season 2 Recaps:
Episodes 1 and 2: A Kiss Before Dying and Nighthawks
Episodes 3 and 4: The Watcher in the Woods and The Town That Dreaded Sundown
Episodes 5 and 6: When a Stranger Calls and Death Proof
Episodes 7 and 8: Tales From the Darkside and House of the Devil
Episodes 9 and 10: Silent Night, Deadly Night and The Blackboard Jungle
Episodes 11 and 12: The Wrestler and The Wicked and the Divine
Episodes 13 and 14: The Tell-Tale Heart and The Hills Have Eyes
Episodes 15 and 16: There Will Be Blood and Primary Colors
Episodes 17 and 18: The Noose Tightens and A Night to Remember 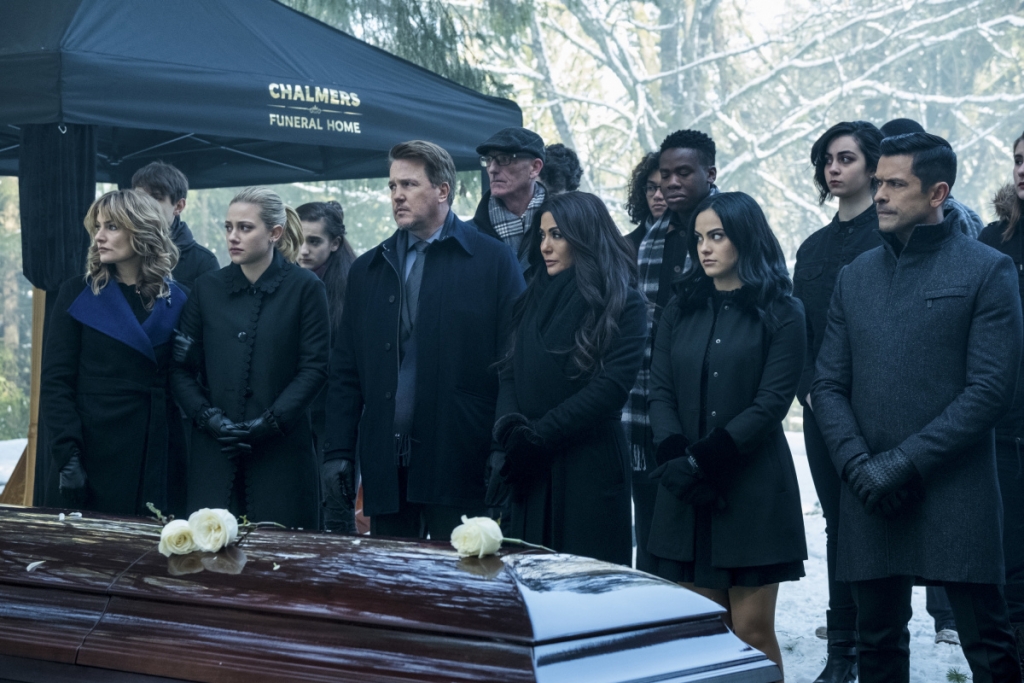 Archie, still wondering who the Black Hood truly is, is kidnapped by Nick St. Clair who first wants a ransom of a million dollars and then, when the Lodges refuse to help, forces Veronica to go out with him in order to release Archie. Archie escapes on his own, running to the Four Seasons where the date is happening, and finds Veronica standing over Nick’s roofied body. She gets a million from his parents in ransom money and Hiram, after being confronted by Archie,  promises to help catch the Black Hood.

Betty and Jughead start poking around for clues about the Black Hood and Chic’s identity after Midge’s death as Alice tries to protect Chic when Sheriff Keller comes asking questions. After a trip to the Sisters of Quiet Mercy, they find that Chic’s appearance at the orphanage coincided with Svenson’s time there — and a picture of Charles Smith (Chic) that doesn’t match him. When confronted, Chic attacks Alice and is knocked unconscious. After some interrogation, he admits that he knew the original Charles and that Charles had visited the Cooper house to meet his family, was turned away, and overdosed on Jingle Jangle. Alice breaks down and Betty proceeds to sacrifice Chic to the Black Hood after leading him away from the house at  gunpoint and learning Chic killed Charles himself. When she returns, Hal is gone and Alice says that he was out looking for her.

Sheriff Keller is blamed for the Black Hood still being alive, and begins considering resigning after his patrol car is vandalized and destroyed. 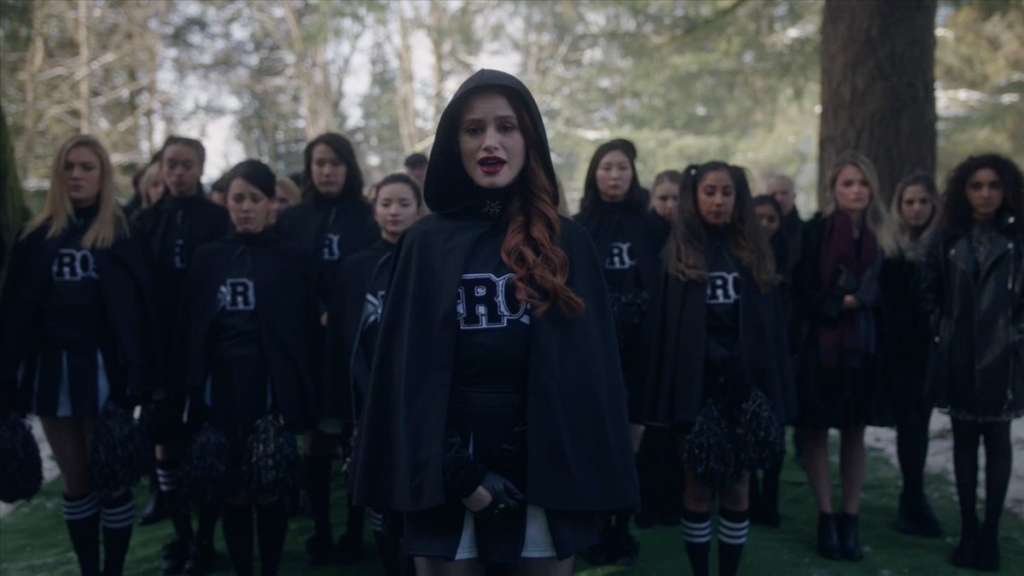 — The all-black cheer uniforms were a bit over the top. Just wear normal black clothes, be normal teenagers.

— Cheryl’s singing, while not perfect, was very sweet.

— The interrogation scenes with the rotating camera was an interesting touch. A very good cinematographic choice. We don’t get shots like that often, so I enjoyed it.

— I maintain that Hal is the Black Hood, and that maybe he was working with Mr. Svenson before he died. This was only reaffirmed for me when Alice said that Hal had been out looking for Betty at the same time the Black Hood was taking out Chic. Maybe there’s multiple Black Hoods, a whole chain of them working towards utter chaos and destruction. It’s not over, the last episode proved that much. That being said, I completely understand why Jughead thinks Chic could have done it. We already know that he was capable of murder. 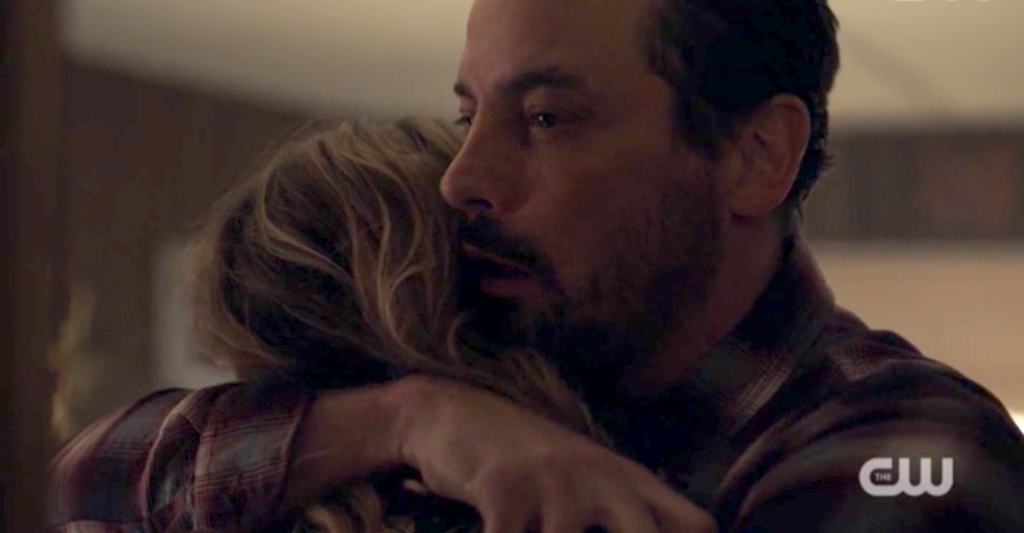 — The twist with Chic not being who he said he was was expected. Neither was the fact that Charles Smith, the actual Chic, is FP and Alice’s son. I called it, and I just want to repeat that that makes Betty and Jughead’s relationship really weird because while Charles is dead, the two still share a brother.

— That being said, Alice sobbing over her dead son was actually very compelling. This show, and all of the ridiculousness with Alice’s character and in general, makes me forget sometimes how good of an actress Madchen Amick is.

— Out of all of the villains in this show, it’s people like Nick St. Clair and Chic that scare me the most. With the Black Hood and Clifford Blossom, those were people no one had any sympathy for. Everyone despised them.