There is no other side…

The Black Sect is an upcoming indie horror film from filmmakers David Royal and Jason West, which recently completed a successful crowdfunding campaign on Indiegogo. I was fortunate enough to catch up with David and talk more about this amazing looking debut feature film from Vultra Video, with special effects by gore maestro Marcus Koch. 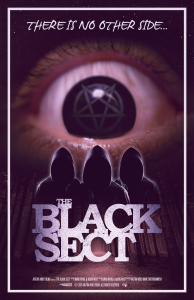 Tell us about THE BLACK SECT (TBS)? What is the film about?

It’s about a girl named Alexia who is a shy, ordinary, to herself kind of girl. After coming home from college for the summer, she is faced with severe tragedy. She soon develops very violent night terrors that she can’t seem to escape. When a mysterious necklace comes into play, a strange darkness engulfs the town. Three other worldly demons are behind the chaos and there is only one way for Alexia to win this battle.

That sounds awesome. What inspired you when writing the film?

The film started out as a random bedtime thought about a girl who was obsessed with death, experiments with the drug DMT, and is approached by “inter-dimensional creatures” that torture her.  The story just kind of evolved to where it is now after some meetings Jason and I had.

What type of horror film can we expect with TBS?

The tone will be very dark, very emotionally driven. I really want to capture a lot of serious emotion as well as some bits of fun sprinkled throughout. There will be plenty of practical effects that will pair up with some fancy CG. Think – if Neill Blomkamp decided to do an occult type of film with David Lynch.

Wow! That’s quite a description. You mentioned two of my favorites, Lynch and Blomkamp. Which other filmmakers in the genre are you inspired most by?

What’s your favorite horror genre and why?

I am mostly a fan of horror comedy. I grew up with Evil Dead 2/TCM2/Tales from the Crypt, etc. But I do have a soft, black spot in my heart for the more serious horror films.

THE BLACK SECT is Vultra Video’s first full length independent horror film. How did you go from distributing cult VHS films to producing your own film? What was the origin of this project?

Vultra Video actually started as a way for us to make movies. We figured we’d put out a few releases and then have some money to make a film. It didn’t exactly work out that way, but we are finally now getting around to our original vision! So, that’s kind of the origin and how we went from distributing to making a full length.

Legendary special effects master Marcus Koch will be working on this film. Tell us a bit more about that collaboration and how he came to be attached to the film. Based on his involvement, it sounds like fans can expect a ton of great practical effects. 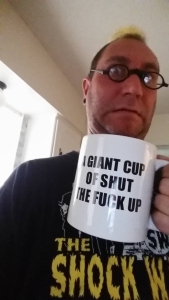 I met Marcus through his involvement with the Slaughter in Syracuse event. Marcus is just a straight up awesome guy…a true professional, super nice, super easy to talk to. When Jason and I were discussing how we were going to pull off some of our effects, we could not think of a better person to have on board. Jason ended up talking with Marcus and asking if he was interested. Long story short. It’s going to get real messy on set! Haha.

I could not be more excited! What about the stars of the film?

We’re still casting a few people out, but our lead actress Emily K. Bus is an absolute pleasure to work with. We met her through some people on Facebook, and when she came down to try out for the part we knew right away that she was the right person for the role. Emily was just recently in the play “Move Over Mrs. Markham,” which played locally (New York) at the CNY Playhouse. 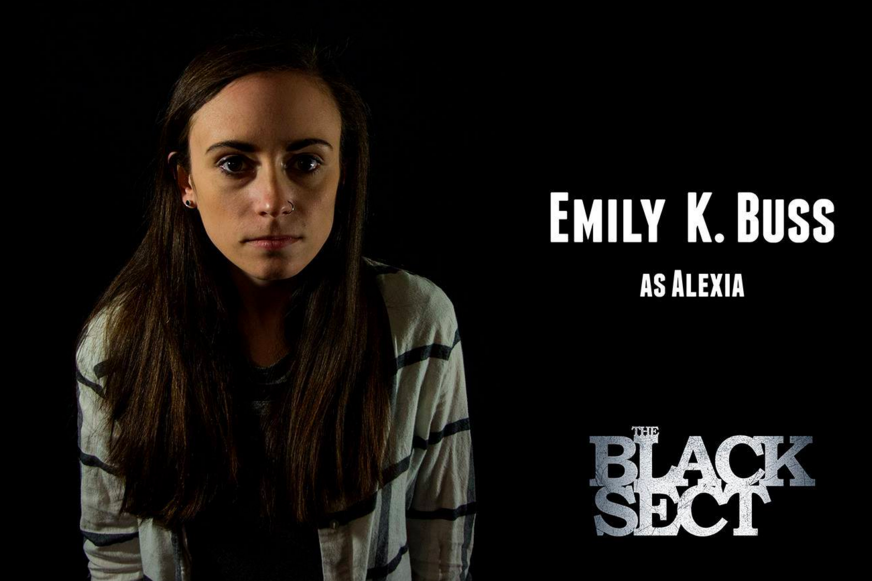 When do you expect to begin production on the film? What is the estimated/target completion date? How do you plan to distribute the finished film?

Production will hopefully begin mid to late April this year. Completion should hopefully be 4-5 weeks of hardcore shooting and then about a month of post. We hope to have it ready by this years’ Slaughter in Syracuse event. If not, we will at least show a teaser that will ONLY premiere at SiNS. For distribution, we plan on doing big box/clamshell through Vultra as well as DVD/Blu-ray and digital.

It sounds like this film will be a real treat for horror fans. Anything else you want to add or want our readers to know about?

Like any production, having money to pay for effects, food, gas, lodging is very important – even more so that we will have such a small production crew. If anyone wants to donate, they can contact us through our website or social media channels, and we will make sure they are compensated for their contributions. If anyone wants to help out on set, whether that be crew or actor, they can contact us. We’d love to work with everyone and anyone who is focused and has a love for the genre.

We really hope you enjoy our first foray in to a full length feature! We want to bring something new and inventive to the world of small independent movies. Think of this as… Indie-Hollywood.