“Time of Moulting” is an unusual but compelling exploration of the horror of hopelessness and the fear of suffering that time will not abate. 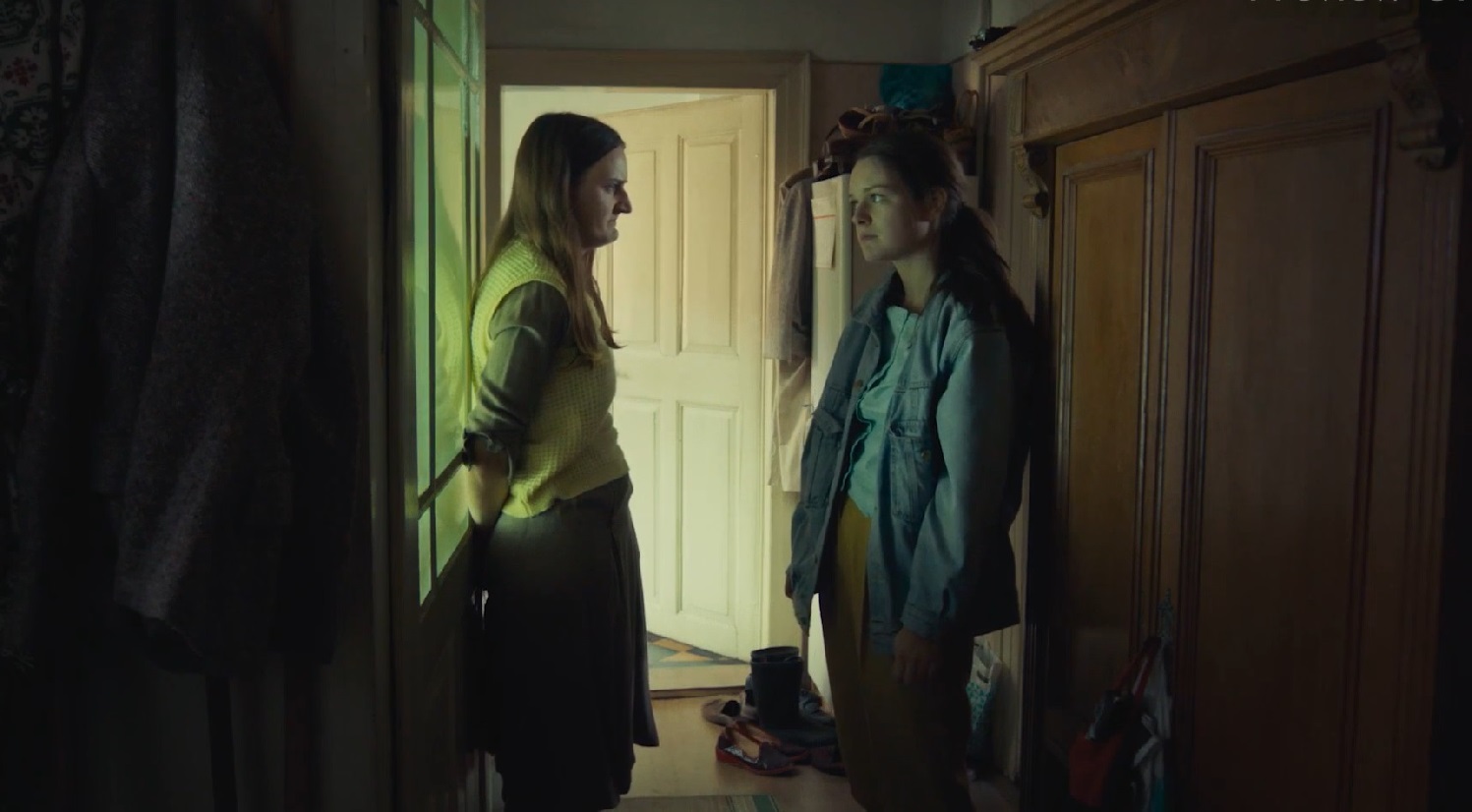 Time of Moulting (Fellwechselzeit) is not so much a movie in the traditional sense, but rather a tableau compiled from a series of moments in the life of a troubled family.

We meet Stephanie (Zelda Espenschied) during her childhood in an unidentified German village, where she lives in relative isolation with her parents and house cat. She is a spirited and seemingly happy child, though she alludes to being bullied at school and having difficulty making friends. Her bond with her mother (Freya Kreutzkam) is tight and affectionate, while her father (Bernd Wolf) lurks emotionlessly in the background.

Aside from a lack of social interaction with the outside world, they appear to be a normal family — playing board games to pass the time, leaning on each other for emotional support, and cozying up for bedtime stories.

When we meet Stephanie again 10 years later (Miriam Schiweck), now in her late adolescence, her world has barely changed. Stephanie herself, however, is barely recognizable, now withdrawn and spiteful compared to the energetic and curious child we knew before. Her relationship with her mom has become hostile and fraught, though her mother tries unsuccessfully to reach out and regain their former loving connection.

Stephanie keeps herself closed off, having created her own world into which she can retreat to escape the suffocating stillness of her parents’ house — a dark fantasy world of escalating violence, which is seeping more and more out of her mind and into the flesh. 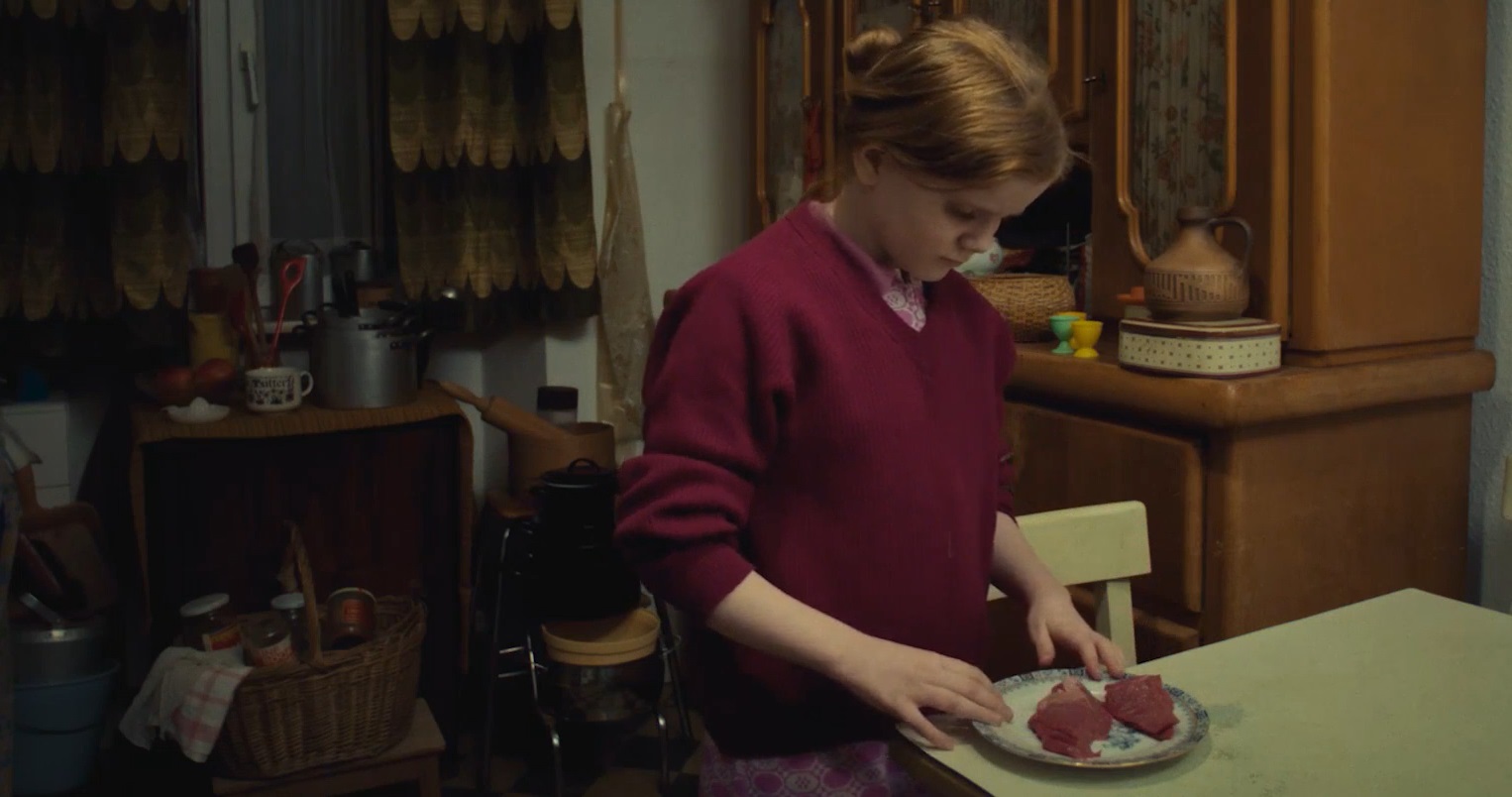 It’s impossible to approach German films without taking into account the context of time and place.

Writer/director Sabrina Mertens intentionally places Stephanie and her family in Germany in the 1960s and 70s, though the events she and her parents live through could have taken place anywhere in any era. Stephanie’s mother holds onto a wistful nostalgia for her past, surrounding herself with the toys and dolls of her childhood and often harkening back to stories of her parents.

The childhood years she clings to are likely the 1940s, when the Nazi regime and World War II and its aftermath would have permeated every aspect of German society. Stephanie’s unseen but oft mentioned grandparents play a central role in the film, showing up in photo albums and by way of their boxed-up personal belongings that are housed in the dank and dungeon-like cellar.

Stephanie and her mom spend much of the film exploring the cellar and its strange treasures, and Stephanie develops a fixation with the revelation that her grandfather once used the space to slaughter pigs. While the cellar is a haven for the pristine preservation of a gruesome past, the house where they live becomes a dumping ground for all the junk and knickknacks they accumulate over the years, which build up until the family is walled in by their own inability to let go.

Stephanie’s fascination with death — with endings, physical transformations, and a burning desire to feel pain — frees her from the prison of memories, while also tethering her to a grisly past. 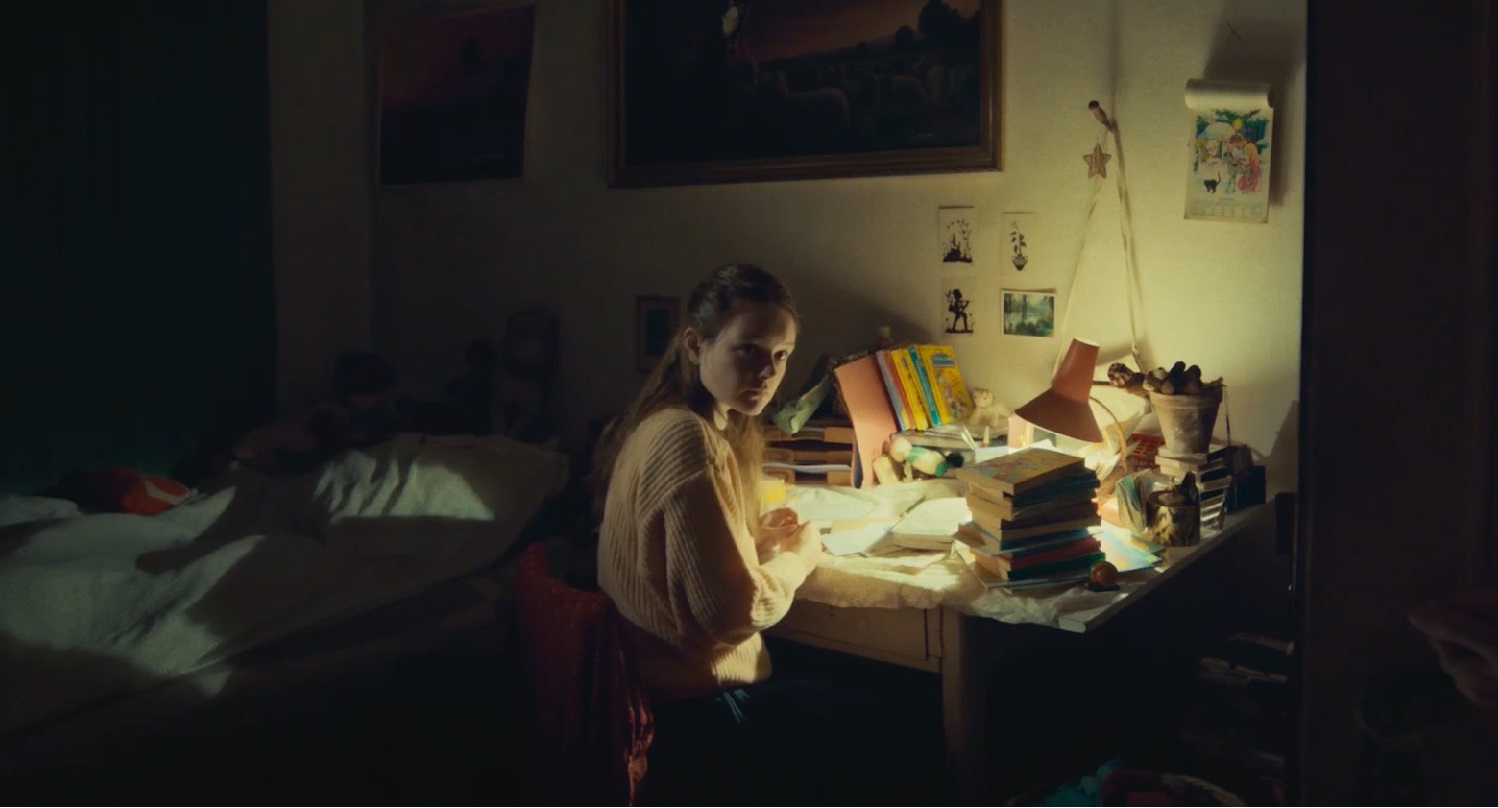 As the young Stephanie, Zelda Espenschied succeeds at creating a sweet yet unconventional charm that hints at something just the slightest bit off, which quietly paves the way for her character’s eventual metamorphosis into the unstable, angst-filled teenager.

Freya Kreutzkam as the mother is also sweet and charming, in many ways an ideal picture of motherhood, but displays a childlike longing for simplicity that encapsulates the sickly nostalgia that lingers throughout the home.

Miriam Schiweck depicts a Stephanie who is brooding, caustic, at times frightening, and always hard to read, which induces the viewer into sharing the mother’s same sense of longing for a more innocent time.

If you go into Time of Moulting like you’re walking into an art installation in a museum, you’ll likely walk out feeling moved, frustrated, and a little disturbed. 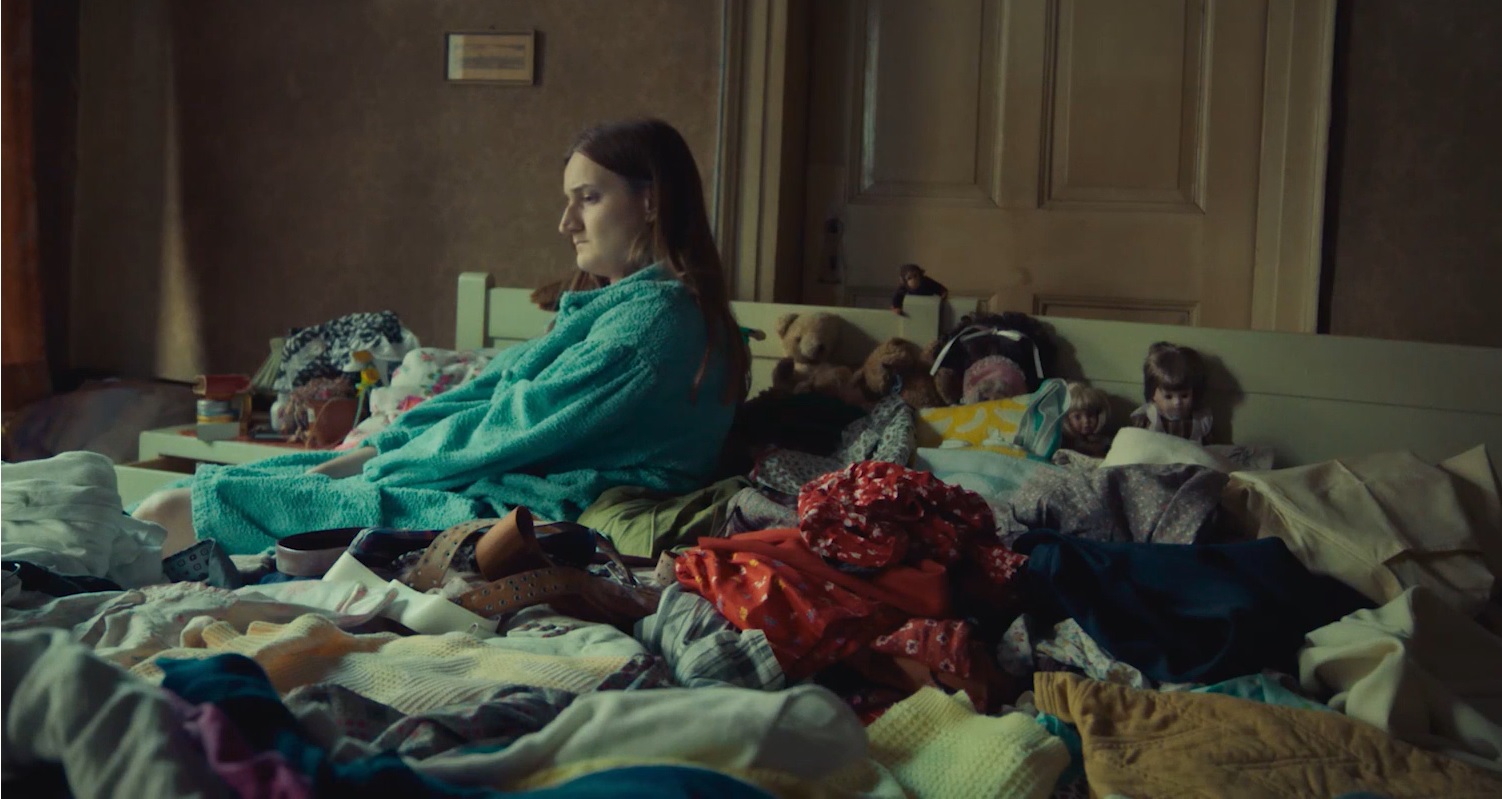 If, however, you go in expecting a movie with clear beginning, middle, and end, you’ll likely just walk out frustrated.

At 1 hour and 21 minutes, it’s short enough to justify watching twice, and I guarantee a second viewing will help deepen the story.

It’s a grim tapestry that depicts self-destruction driven by restlessness and the absence of hope for a better future. In a world where nothing changes and problems are ignored, the past cannot be resolved, it just builds up indefinitely until there’s no room to grow.

The first scene and the last scene of the film are almost identical takes of the father painting over the same spot on a wall with dull yellow paint. Just like a house, the ugly scars in history can be painted over and made to look new. But history, when left neglected, has a way of repeating itself.