“It’s time for your daily dose of Women In Horror Month awesome!  Our WiHM MASSIVE Blood Drive rocks on. This year we’ve dedicated a day to each artist as we have an amazing 29 filmmaking teams from around the world contributing and getting word out about the need for blood donors. After all, it’s in you to give.” – Jen and Sylvia Soska

The team that make up Howacey Productions, Martyn Fleetwood and Angela Nolan, gives us a comical infomercial geared to the heroes of the world in “Haemo Eradication Services.”  The two creators, based out of England, together participated in the American Mary Swede contest last year. They also made a horror-themed quiz show, with plans to continue making horror inspired shorts. 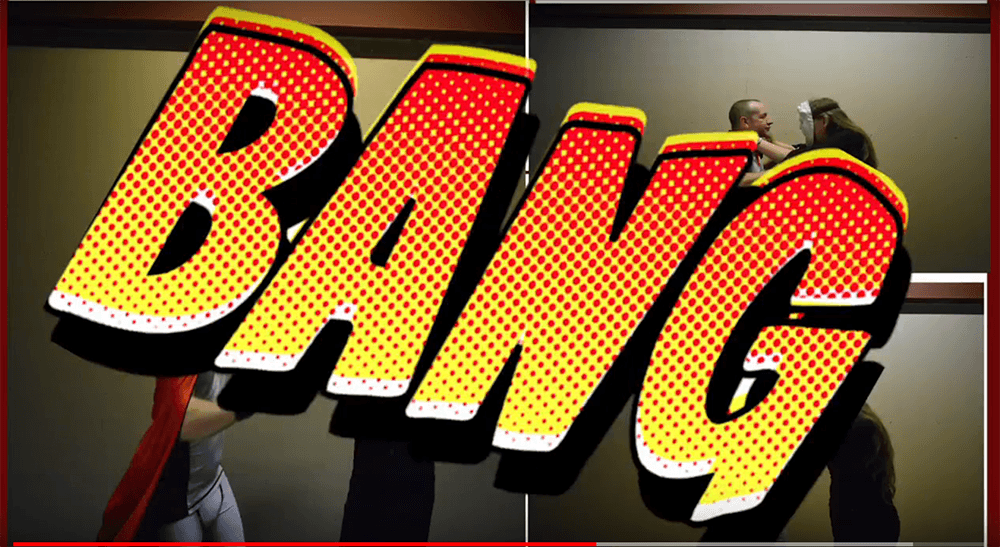 Besides a shared love for horror and filmmaking, Martyn is an IT nerd and Angela is an English nut who lives to correct Martyn’s typos. They both enjoy cosplay at Comic-Con and film festival,s although it’s still undecided who pulled off Harley Quinn the best.

The artists had this to say about their motivation for participating in this year’s Massive Blood Drive:

“The Blood Drive PSA is particularly important to Angela, as she can no longer donate blood for medical reasons. So she was happy to have the opportunity to encourage others to donate.”

Check out the dynamic duo’s funny superhero/bad informercial spoof below.