In honor of Earth Day, the Morbidly Beautiful writers share their twenty favorite ecological horror films of yesterday and today.

Humans have always had a complicated relationship with the natural world — both nurturing and exploiting it, revering it and fearing it. From the birth of the environmental movement at the turn of the twentieth century through the annual Earth Day celebrations, we are rightfully spellbound by the world around us, even as it often serves as the source of our darkest nightmares and deepest anxieties.

We’ve long dreaded the retaliation of a vengeful Mother Nature, for good reason, and this pervasive fear has infused our greatest horror stories for decades. As we contemplate an uncertain future and wonder how close we are to the point of no return, we need these stories now more than ever.

Here are 20 of our favorite ecological horror stories, from the ’50s to the powerful and poignant films of the last decade. While there’s much entertainment to found here, there’s also an important and increasingly urgent message. If we want to keep our horror on the screen and out of our reality, the time to act is now. (- Stephanie Malone) During the 1980s, New York City was viewed by many as a cesspool of crime, corruption, filth, and excess. At the time, the city’s murder rate was one of the highest in the country — along with serious issues concerning poverty, drug use, and homelessness. Urban Legends of alligators and abnormally large rodents found in the sewers ran rampant.

Manhattan and its surrounding four boroughs served as a  backdrop for countless 80’s genre entries. But one flick, in particular, perfectly encapsulated the grime and greed in NYC. That film is Douglas Cheeks’ C.H.U.D.

With some serious acting chops on display, C.H.U.D. has become the diamond in the rough over the years.

Featuring Daniel Stern, John Heard, Christopher Curry, and John Goodman, this B-rated horror movie definitely delivers the goods within this department while presenting horrors that were very relevant for its time — toxic waste and corporate corruption.

Unfortunately, four decades later, we fear much of the same.

Despite the fact the C.H.U.D.s didn’t get the full monster FX they deserved, the mere concept of subhuman entities recklessly created underground and chomping away at city residents was unsettling enough, and has seemingly entertained countless across the globe for nearly four decades.

As an April Fools joke several years back, the immensely respected label Criterion announced that they would give their grand treatment to the 1984 cult film.

Instead of laughs and ridicule, however, Criterion noticed the staggering amount of fan appreciation for the fake endeavor. And they weren’t alone.

Another celebrated label, the British-based Arrow Films, wisely took heed of the fanfare and in November of 2016, presented a much-anticipated Blu-ray release of C.H.U.D.

With a great script and compelling characters, C.H.U.D. is a much better film than you might expect from a low-budget, B-movie monster flick from the 80s. Not only is it wildly entertaining, but it also has an important subtext about the homeless crisis — a topic that was certainly highly relevant in the ’80s but has only gotten worse in the 2020s.

It speaks to how we treat our most vulnerable citizens and the ways we exploit both the planet and its human inhabitants in service to capitalistic greed and convenience.

In the film, photographer George Cooper (Heard) documents the lives of homeless individuals in Manhattan and has noticed their population has become smaller and more fearful.

Soon, the destitute are not the only ones that should be afraid.

Police Captain Bosch (Curry) is desperate to find his wife who vanished one evening while walking their dog. During his frantic search, he enlists the help of a soup kitchen reverend, A.J. (Stern). A conspiracy to hide toxic dumping and radioactive waste is unveiled as the men team up to save their community from an unprecedented threat – C.H.U.D.s (Cannibalistic Humanoid Underground Dwellers).

C.H.U.D. has curiously stood the test of time and risen above its B-movie status as a result of its strong cast, clever script, cool creature effects, and — most surprisingly of all — its impassioned concern for the plight of the homeless and the horrors of government corruption.

Watch it today, streaming on Prime. 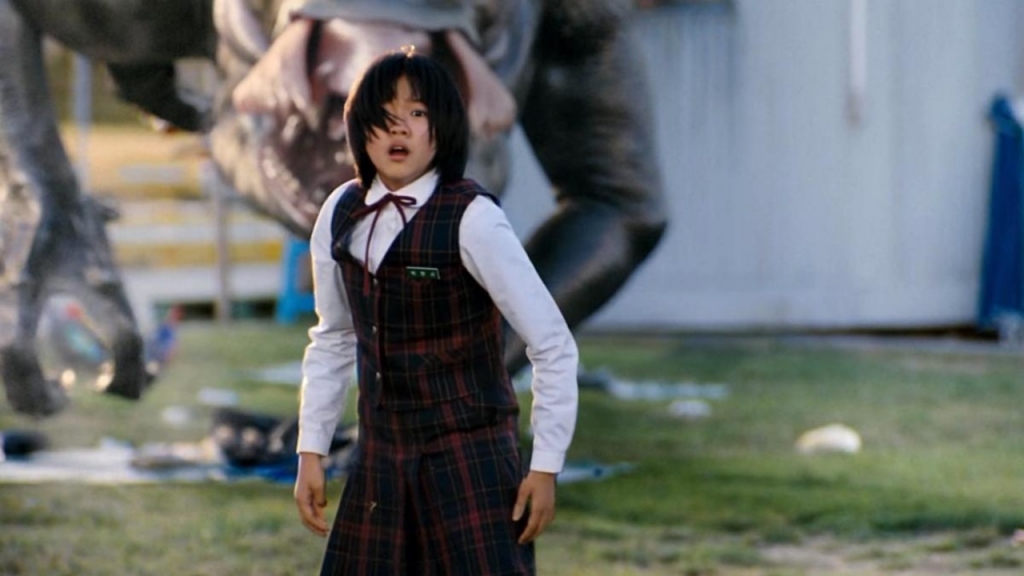 (Recommended by Laura A. Sloan)

Bong Joon-Ho as a director is much like a musical conductor. He knows how to invoke all the notes of innocence, connection, and the unknown within the waters of the 2006 South Korean film, The Host (Gwoemul).

This riveting horror monster drama also adds a prominent layer of social and political commentary about Mother Earth in the hands of international relationships.

At the Yongson American Military base, against all regulations, hundreds of bottles of formaldehyde are poured down the drains that flow into Seoul’s Han River. With this unthinkable moment, we’re introduced to Bong’s satirical view of the United States military occupation and influence on South Korea.

A few years later, two fishermen discover a small, mutated fish with multiple tails that escapes. The broadening of toxic waste evolving within the water generates the unimaginable. Park Gang-Doo (Kang-ho Song), a father and food kiosk co-owner, joins spectators with his family at the edge of the river as something under the bridge is cocooning like Alien.

The “little shop of rivers” is large and predator-like, very slimy with an eel slither showcasing pure CGI realism. The monster swings and grabs any human in its path for later consumption.

Gang-Doo loses his daughter Hyun-seo (Ko Asung) in the crowd’s chaos to escape the monster running rampant on the banks. In acrobatic movements, it takes Hyun-seo across and under the river.

Both the U.S. and South Korean militaries test and quarantine all who survive the monster’s wrath or display side effects of a new virus transmitted by the creature. It’s unclear what the virus is, but I think of it more as the contagion of denial.