Beware a woman scorned, try not to drink the Kool-Aid, and conquer your Daddy issues in Episode 9 of American Horror Story: Cult

“She’s pretty as a daisy, but look out man, she’s crazy.” 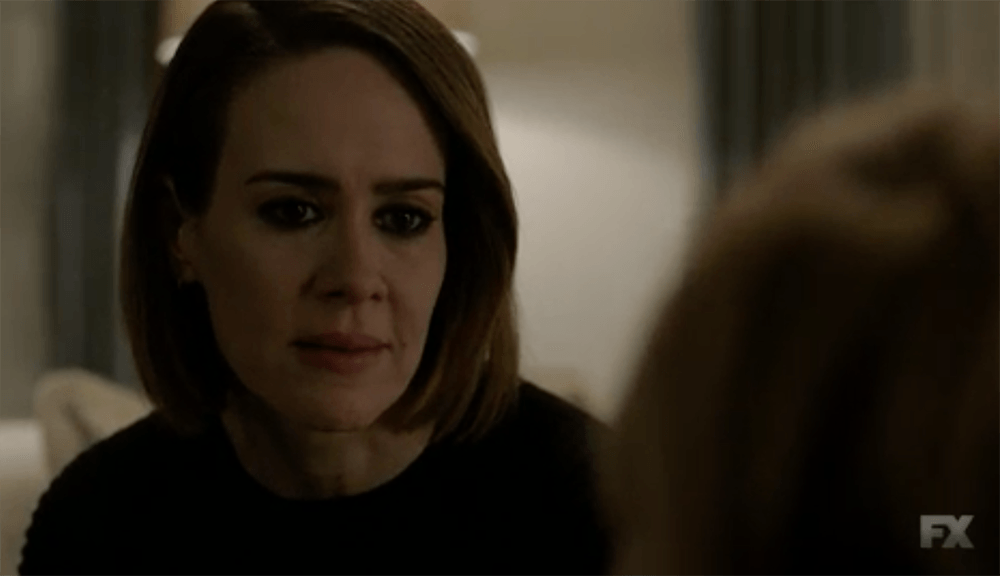 Hell hath no fury like a woman scorned, and tonight it’s all about revenge. Well, that and yet another leap into a cult yesteryear story told by Kai at a pajama party sleepover. Oh joy, all it was missing was pajamas with feet. Now remember kids, don’t believe everything you read on Wikipedia.

Evan Peters, in all due respect, is one of my favorites on this show hands and cult feet down. But why is he taking jobs away from other fine actors? This time he plays Jim Jones — no not the famous rapper — the cult religious leader who convinced everyone to drink the Kool-aid. Guess it didn’t matter what flavor, because the people of Guyana didn’t have long to enjoy it — it was riddled with poison.

I’ll get you my pretty and your little children, too. How do you convince a plethora of people to kill themselves? Now, don’t anyone get any ideas from this show, even though they clearly are mixing their fair share of realism into this season. 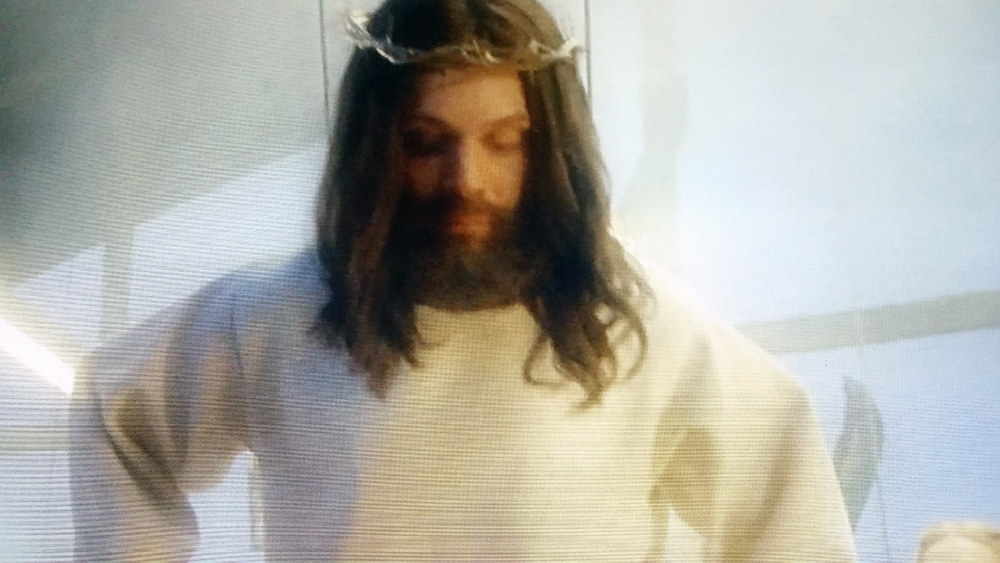 I mean, just when we see Jesus save on this week of The Walking Dead, AHS follows suit — no less on The Day Of The Dead — with our Savior being sent down from the heavens, marionette strings and all, to save the infamous cult leader and seal his wiki fate. Shhhh, don’t tell Kai about the factual and logical inconstincies…or else you’ll never get another cookie in your life.

Okay, time out. Pause and go check your kid’s candy for any tampering. Now, let’s contemplate the remaining plot of this one. Oh how the tables have turned, and Ivy is cowering at the feet of her now strong wife Ally. It’s about damn time Ally unleashes the “what the hell are you doing” wrath on her wife’s jealous, cheating, cult joining behind. 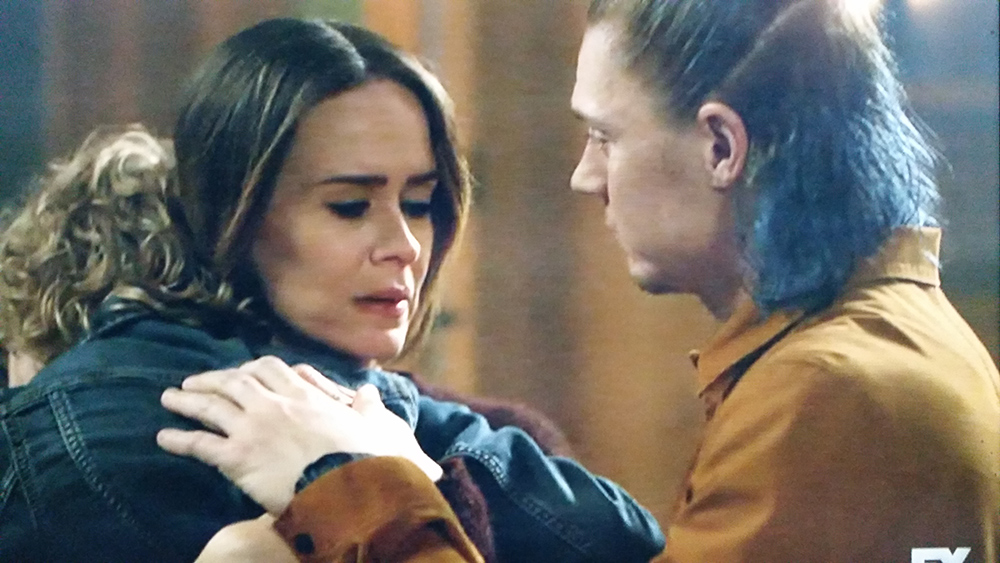 Ozzy finally returns to his momma Ally’a arms. Now, if Madea was in this movie, I bet you a lifetime of hot grits Winter wouldn’t have escorted him in and then have the nerve to compliment Ally on how she looks. Ally sends Ozzy upstairs with his Twisty comic book so the grownups can talk. She’s as over her old clown phobias as she is with these two minions of Kai now standing in her living room.

Like Ivy, Winter apologies profusely and admits it’s time to get the hell on out of this cult before Kai decides he wants to be an only child.

Meanwhile, Kai continues to force his beliefs onto the City Council and pass bills to rid the world of Candy Crush and other such Internet demons. Seems he has spared Beverly long enough to see her fly across the room, pouncing on his sister for lying about who killed the detective, in the car with a shotgun, over gruel. 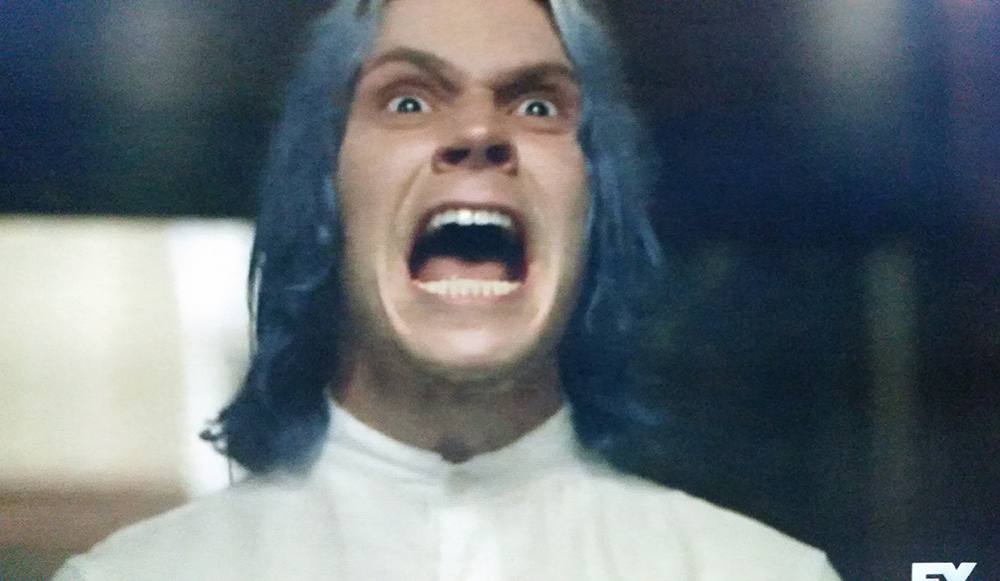 Alas, there is a journey to be had through the external use of bathroom paper cups. That’s right… it’s time for some Hocus Pocus. Kai wants everyone to sip on some sizzurp and test their loyalties by ridding themselves of their mortal body and raising themselves to another form of being. Sike!! After some punch roulette, the room makes it out alive — except for that one guy who wasn’t smart enough, or brave enough to prove his worth. I’ll let you decide his ultimate demise.

There are tricks in this episode, as well as treats. Kai deters the plans for Ally and Ivy to pick up Ozzy from school and run like Forrest Gump out of town. Winter, who once again keeps wanting to get on Ally’s bad side, picks her son up early and brings him to Papa Smurf. I mean, come on guys, he has blue hair! Anyway, he pinky swears to Ozzy he’s his daddy. Okay, someone call in Maury Povich because I need for him to say the test results determined that was a lie!!! 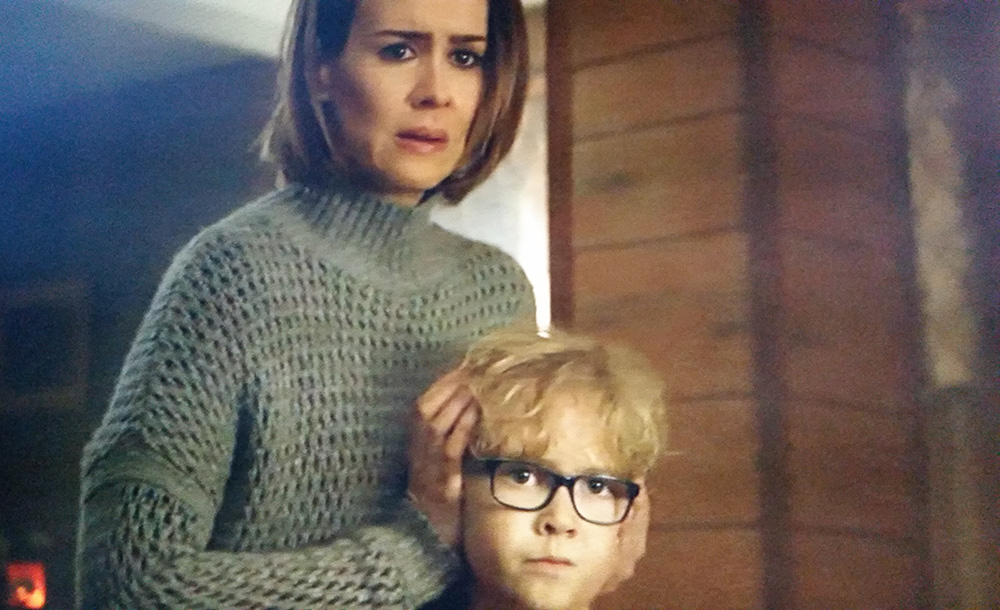 When Ivy insists they leave Ozzy with his dad overnight to reestablish their bonds of marriage, you can feel the tension escalating. I mean Kai possibly might of killed someone so, given no other choice, Ally goes home to cook Ivy dinner. Awww…maybe these 2 lovebirds can make it after all. I mean, Ivy didn’t exactly seem okay with the thought of leaving her mistress behind. But, when Ally takes out the wine from their honeymoon, you sense she may be reverting back to her submissive ways.

Nah, I wasn’t buying that Susie homemaker stuff for a minute.

Ally is now a fighter and pushed into a deadly force to be reckoned with. As she tells Ally of her feelings about being left alone and having to fight for visitation rights, you know Ivy needs to just sip that wine and die quietly. Ivy stupidly doesn’t even try to make Ally feel guilty. She admits she thinks Ally won’t do a damn thing to her, and she knows once this trauma wears off, Ally will revert back to her old fearful ways. 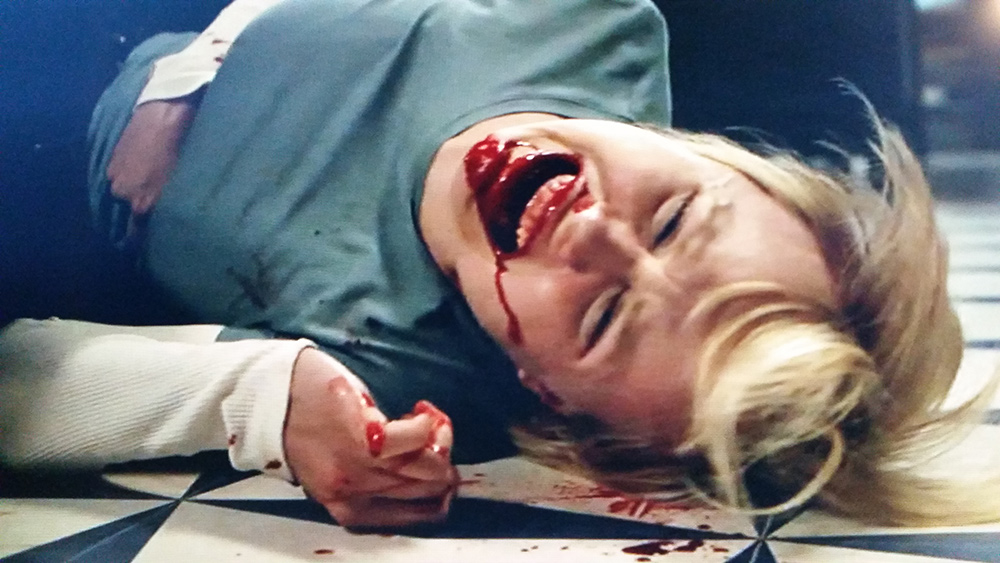 Do you hear that Coasters song in your head everyone? You know the one: Poison Ivy…Poison Ivy. Ally now just wants two things in life, and one is already happening as she watches her wife spitting out blood and dying painfully right before her eyes. Payback’s a bitch!!

Ivy did make a good point before she croaked, and that’s the suggestion to find out if Kai really is the father. After Ally bribes a member of the staff at the sperm clinic, we find out the truth. But Kai doesn’t need to be let in on this one.

Man…I wish Ally would have poisoned Kai, too. But then our season would end too soon, and we wouldn’t be as happy to see him die so fast.

Kai at least gives Ivy the same burial as his folks and his brother, who lays between his parents in the bedroom now. But Ivy, like the dog she played Ally out to be, only gets the floor.

Episode 8: Winter of Our Discontent

(Most photos courtesy of Kym Bear, @cantbear2livewithoutit on Instagram)