“Your God is fear. That all you are is all there is.” 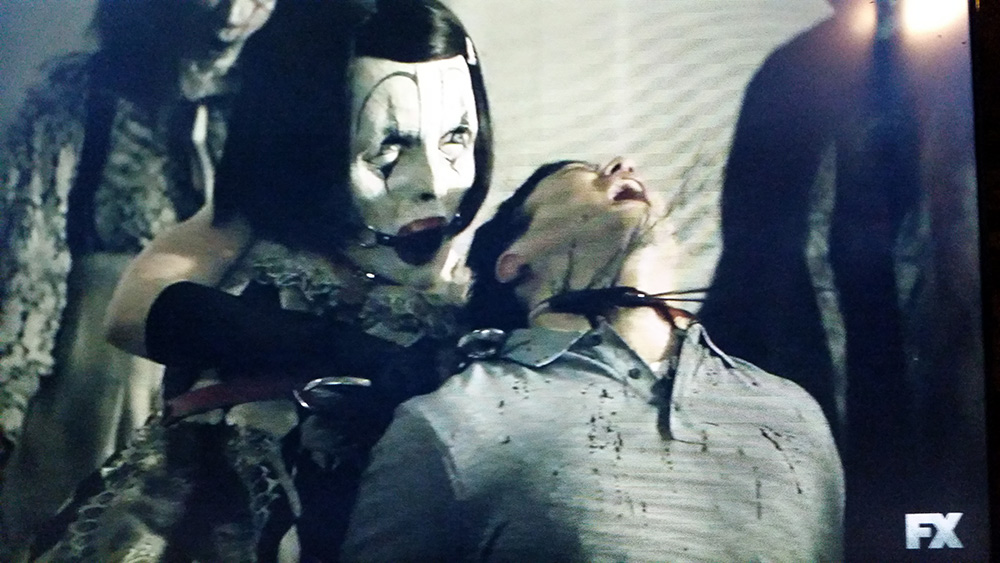 Due to the real life circumstances of the shootings in Las Vegas, AHS was empathic enough (as we all are for the people affected by the terrible event) to heavily edit the disturbing mass shooting scene that opened tonight’s episode entitled “Mid-Western Assassin”.  Viewers were informed that the unedited version could be viewed on FX On Demand. But, as of this writing, it was still not posted.

(Editor’s Note: The unedited version of the episode is now available online at fxnetworks.com, and it’s absolutely chilling. About a minute of the opening sequence was cut from the version that aired on network television last night. The footage is shockingly graphic and especially hard to watch in light of recent tragic events.)

The opening scene shows a mass shooting at a political rally, with Kai as the primary target/victim. The rest of the episode is a flashback, giving us the series of events leading up to that point — a timeline of destruction and genius-level manipulation that transformed hate and fear into power, unbeknownst to the voting public. 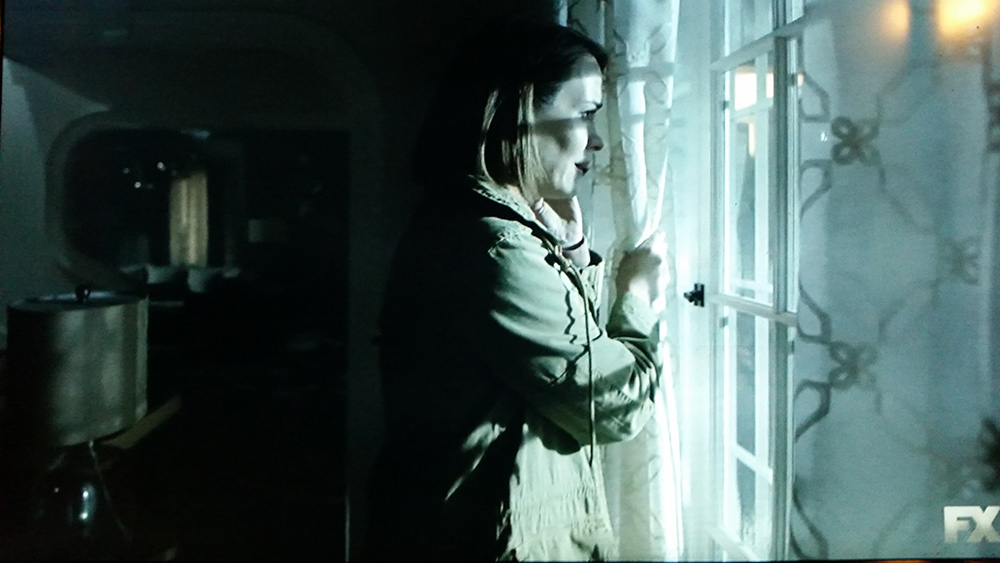 Ally now has been let in on the fact that everybody is in this cult, including her wife. So when Ally hangs up on Ivy, it once again befalls her therapist to call immediately afterwards and attempt to diffuse the situation. C’mon Ally, we have all known for a few episodes now he’s most likely in on this madness as well. Why haven’t you learned to just shut your trap — or at least just tell him what he wants to hear?

Impressive is the lie she tells to make it seem as if she’s going to bed, Instead, she gets off the phone, replaces her bat with a knife, and breaks into Harrison’s house while he’s playing doctor with the oblivious detective. Paging Dr. Penis, come in Dr. Lesbian and get Meadow out of the garage and into — of all friggin places— your restaurant, where the alarm is once again blaring. Yet somehow, Ivy doesn’t show up to see what the problem is. And Meadow spills all the dirty little details about how Ally has been made to look crazy on purpose.

Meadow doesn’t seem to know why Ivy hates her wife enough to set her up like this. But, we soon get the reveal during the first meeting of Kai and Ivy, introduced by Winter the day after the election. Kai is a pro at the truth serum, consisting only of the locking of pinkies. He gets Ivy to confess she actually hates the thought of her wife so much because she believes Ally used the fact she birthed Ozzy to make Ivy feel inferior. 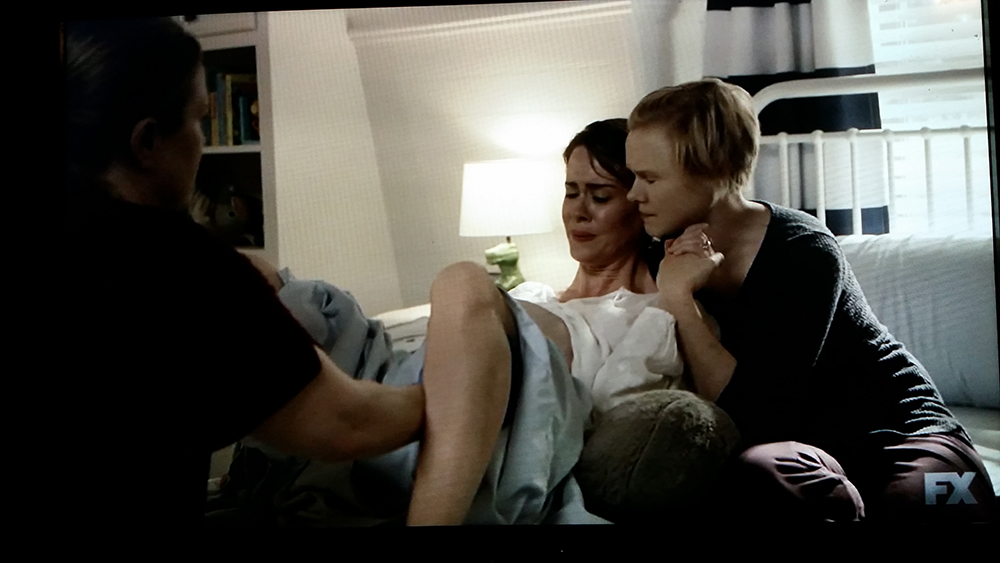 Ivy’s endometriosis made it impossible for her to have a biological baby, and Ally didn’t quite make her wife feel part of the feeding/bonding process. Now we see the truth of the fallout of their relationship. Although, I must remind the viewers, it’s quite potent the attachment Ozzy has to Ivy over Ally. Thus, in terms of a child capable of picking sides or favorites, she shouldn’t be as bitter.

After finally learning the truth of what’s been happening all around her, Ally leaves Meadow with her therapist (to repeat everything she just told Ally and convince him Ally is not so crazy after all). She then heads to the home of Kai’s political opponent, Sally Kefler (played by the incomparable Mare Winningham), convinced she may be willing and able help.

Ally had previously seen Sally on television, standing up to Kai’s hateful rhetoric and declaring her last minute candidacy. Sally tells Kai she’s there to remove the trash, cleaning up the BS he and other politicians are trying to sell in the form of fear to the community. Somehow, Ally knows Sally’s address and ends up on her doorstep late at night. Sally lets her in, only after Ally tells her she owns the popular restaurant in town. Luckily for Ally, they serve “the only real espresso in town.” 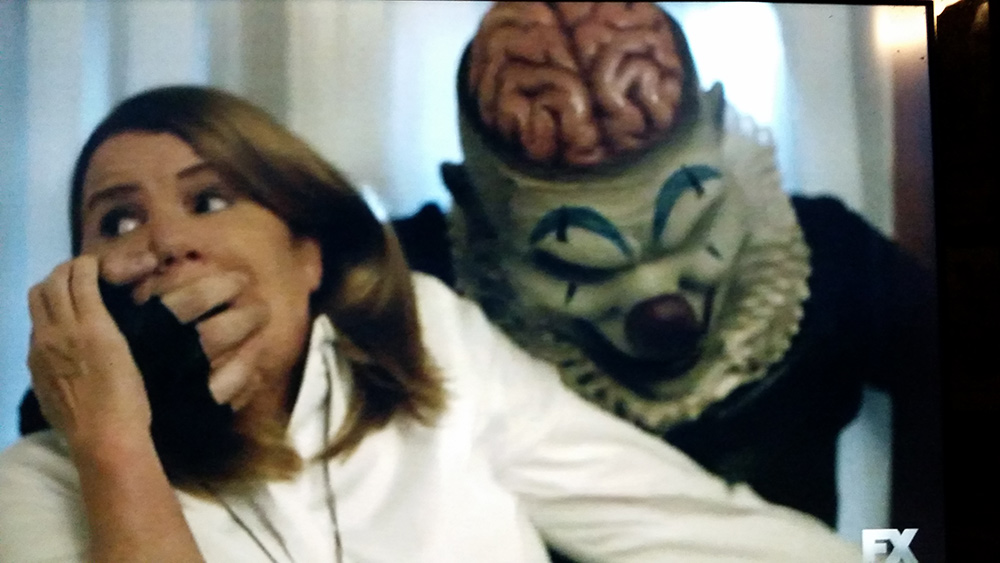 Ally tells Sally about the killer cult led by Kai. Sally believes the crazy story, says she’s not really surprised given the current political climate, offers a scathing feminist perspective on the situation and tells Ally she’s on her side. As expected, however, it’s not long before the clowns show up to annihilate the competition. How they didn’t see Ally show up a few minutes beforehand is beyond me. Or it could it just be that one particular clown doesn’t want Ally to die because it would traumatize Ozzy. Either way, Ally knows who likes to wear a two-faced mask!

While Ally runs and hides in the bathroom, Kai and his clown cult terrorize Sally and chastise her for being part of the now irrelevant intellectual elite. Unfortunately, she’s still logged into her Facebook account, making it easy for Kai to draft her suicide note — further fueling his campaign of fear and hopelessness. When Sally protests that her loved ones will never believe she killer herself, Kai quips that of course they will — because it’s on Facebook.

With Ally’s only advocate out of the way, we are made privy to the terrible truth of the shooting. While Meadow has been playing the victim role, bent on revenge against the cult, she’s really been nothing more than a mindless robot under Kai’s control. Kai told her everything she wanted to hear, seducing her and getting her to agree to do his horrific bidding. In a moment of passion, she stupidly agrees to shoot at him during a rally (intentionally wounding but not killing him), then shoot and kill as many other people as possible before killing herself. All in the name of true love. 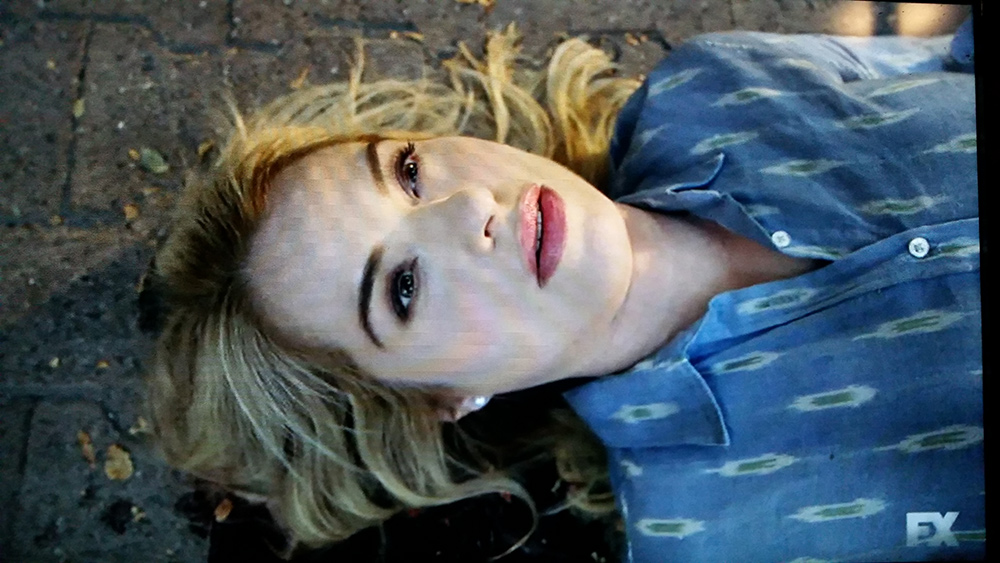 Unfortunately for Ally, she’s in the wrong place at the wrong time. Meadow decides to shoot herself just as Ally is attempting to wrestle the gun away for her — and, of course, just as the police arrive to take down the shooter. With Meadow dead and Ally holding the gun, she becomes the prime suspect.

Where are the cameras recording the rally? Was no one able to capture the real killer on video? Alas, it looks like Ally’s finally getting herself committed. I guess she shouldn’t have told her therapist, “Fuck you.”

(All photos courtesy of Kym Bear, @cantbear2livewithoutit on Instagram)