“Madhouse” is an Italian-American slasher film that is short on coherence and execution, but stylish enough to gain some interest. 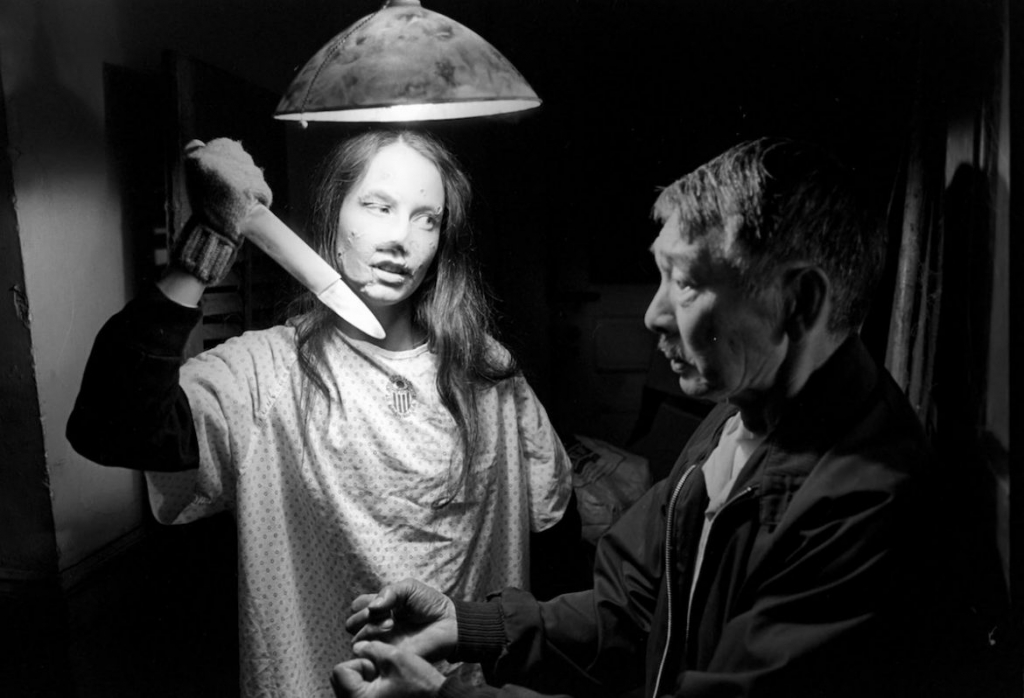 Two twins have drawn different straws in life. Julia is beautiful, successful, healthy, and in love. Mary is diseased, disfigured, and institutionalized. As their birthday approaches, Mary escapes while death begins to surround Julia as she struggles with the guilt of good fortune. Let’s dig into 1981’s “Madhouse”, directed by Ovidio G. Assonitis!

Originally titled There Was a Little Girl, which references a Longfellow poem by the same name, the film went under many titles before settling on Madhouse for the home video release. It’s a shame the poem wasn’t utilized more, as it is a haunting and open-ended verse. Instead, the film ends with a George Bernard Shaw quote that is completely vague and doesn’t do well to wrap up the events that unfolded.

The acting is generally breathy and overplayed.

Using a rottweiler as the killer does add an element of real terror to the kills, as it seems the actors themselves had to lay still while the dog chomped on some appliance attached to their throats. Tension must have been high on set. The dog attacks are accentuated by a score from one of my favorite composers, Riz Ortolani, known most famously for tracking Cannibal Holocaust. His keys make the carnage especially brutal. 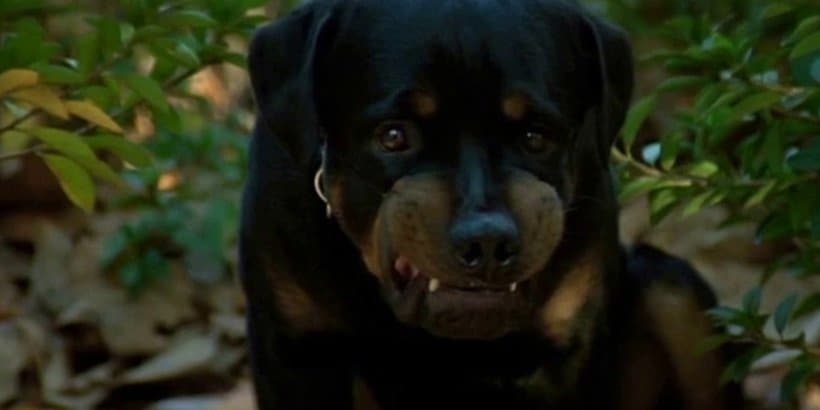 There are some rough scenes with animal violence. Though it’s clear the dog is a prop, the cat certainly is not. And even though a quick cut would hopefully ensure it only hung for a second, it still doesn’t sit well. The death of a young deaf student at least was mercifully left to our imaginations as he was mauled in a park by the horrid hound.

The climax was awfully close to the end of Happy Birthday to Me (1981), which we dug up recently. To no fault of the filmmakers, this deadened its impact. I’m sure if I hadn’t seen the former, it would have been more memorable for me and moved Madhouse up the ladder.

In the end, too much of the story is murky; the motivations of the Priest, especially. Mary’s jealousy of her unscathed sister may have played better with some bite from Julia, but instead she was portrayed with a lack of conceit. And Mary’s gripe seems more a reflection of society and the “what about me?” attitude.

The cast was mostly filled with bit actors who had guest spots on various TV shows, most notably Patricia Mickey who was featured as a regular on Dean Martin’s variety show The Golddiggers. 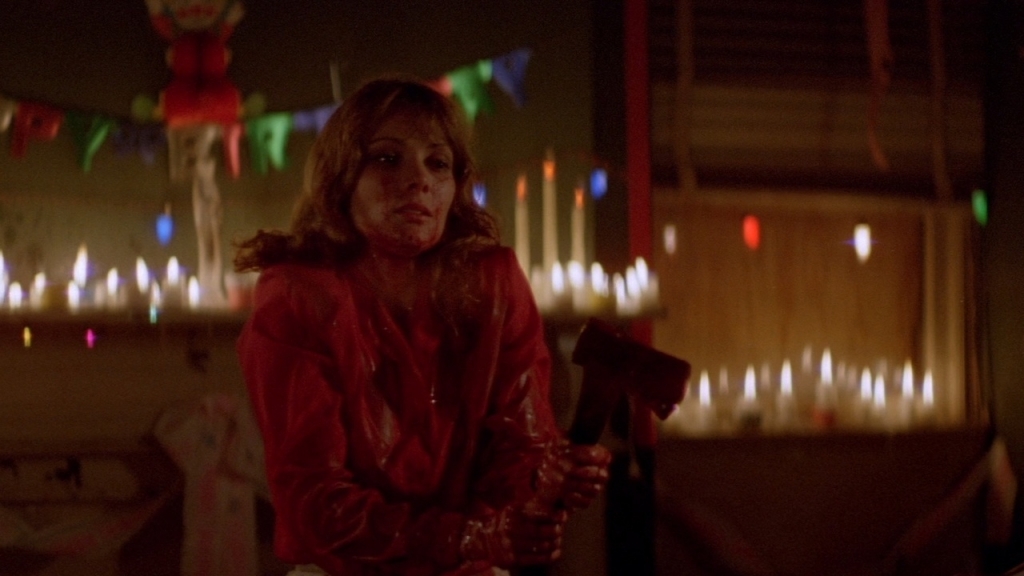 Using a historically haunted house such as the Kehoe House in Savannah, Georgia — and not featuring it as more of a character within the story — was a gross misallocation of intrinsic production value.

Morgan Hart, who has a bit of a Patricia Arquette thing going on, plays the ill-fated Helen. She has the rare gift of beauty which does not fade. In Madhouse, she’s playful and executes her role smoothly before being eaten by the dog. In real life, she married to Don Most, known best as Ralph Malph from Happy Days.

There is enough style within to find a fan within the horror community that would do it justice, but it would require a lot of story tightening and elevated performances to be worthwhile.

Arrow Video released a Blu-ray/DVD combo with artwork from the incomparable Marc Schoenbach of Sadist Art Designs. It’s also available to stream on Tubi and Shudder.