Ryan Kruger’s feature directorial debut “Fried Barry”, based on his award-winning short, made its Canadian debut at this year’s Fantasia Film Fest.

Fried Barry is the Lynchian nightmare of an angry drug-addicted deadbeat named Barry (Gary Green), who ends up being abducted by aliens following another night of binging on heroin.

The second half unfolds through various vignettes depicting the alien life form commanding Barry’s body as a vessel to examine life on earth.

Barry’s hijacked body inexplicably draws affection from men and women alike, almost irresistibly so, resulting in several unbridled sexual encounters and other awkward run-ins with drug dealers and a child trafficking psychopath. In one memorable scene, Barry’s sexual climax causes the immediate impregnation of a prostitute who bears his alien offspring seconds later through a geyser of sludgy bodily fluids and copious blood spraying.

Barry’s escapades seemingly never end, taking him on a journey deep into the bowels of Cape Town, with every new character introduced more depraved than the next.

Meanwhile, Barry’s fed up wife frantically searches for him during his latest bender. Unaware the real Barry has been brainjacked by an alien life form, she ends up briefly reconciling with a seemingly sober Barry. The soaring highs are lows thoughtfully propel the story to its conclusion, with both Barry’s wife and the impregnated prostitute pulling for Barry’s survival after his body finally fails and sends him to the ER.

Layer on the visceral psycho-sexual encounters reminiscent of the French New Extremity sub genre, and you have a remarkable feat — a type of genre-bending contortion unheard of within the South African film scene. 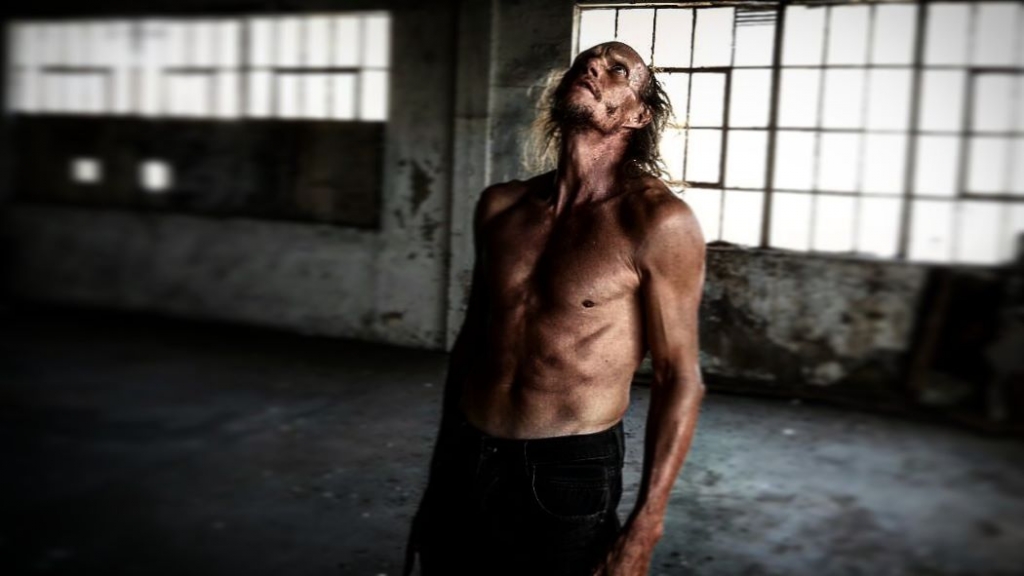 For a role with such limited dialogue, Green tells the story primarily through a range of contorted facial expressions and body language — comedically nailing the robotic, stiff walk indicative of the alien’s attentiveness in commandeering its human host’s drug-racked body.

Green pulls off the grungy layers of filth and disheveled appearance to a shockingly realistic degree, with only his chiseled body — resembling a Michelangelo-sculpted marble masterpiece — to remind viewers he has not actually lived in a cardboard box for the past 20 years.

But with all the subdued charm and endearing performance by Green, there remains a deeper subtext surrounding human Barry’s failed marriage, child neglect, unyielding drug addiction, and questionable mental health.

This serves as a potent reminder of the social ills and struggles impacting our communities. 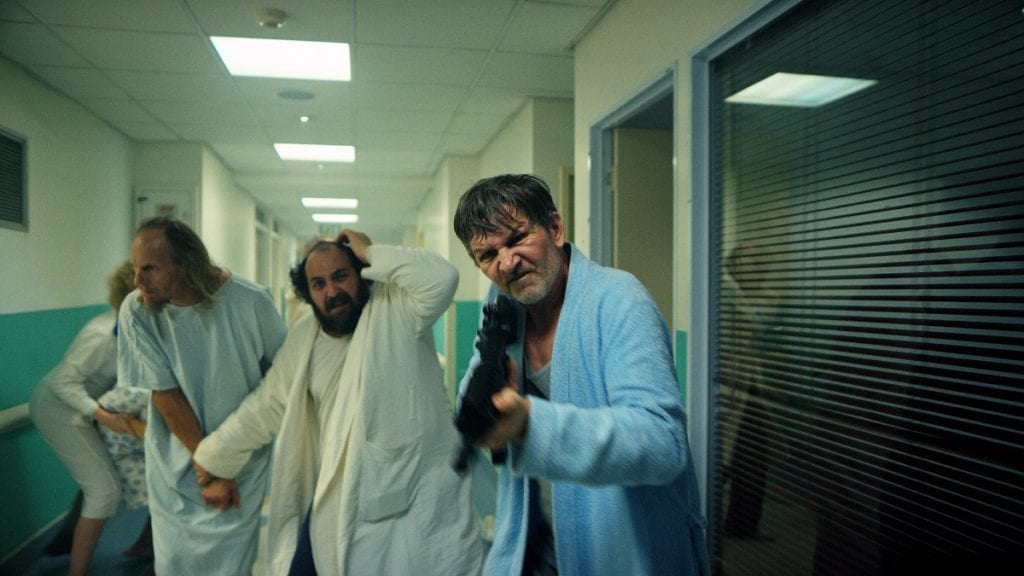 Kruger balances the emotional toll of these subjects with mostly well-timed humorous encounters and expressions.

The film’s hyper intensity and inharmonious energy occasionally distracts, but never long enough to amount to more than an itch that’s already been scratched.

Kruger hoped Fried Barry would help reinvent South African cinema. And if the film’s success so far is any indication — having already won several awards at the South African International Film Festival and Fantaspoa International Fantastic Film Festival — he may be well on his way to accomplishing just that. At a minimum, Fried Barry is destined to become one of the most talked about genre films of the year.

FRIED BARRY earns a solid four and a half butterflies for its unrelenting creativity, keen visual style, and hard-hitting handling of society’s darkest trappings. The extra half butterfly is for Fried Barry’s flagpole moment for South African cinema and genre contributions.

Matthew DuPée is an author and horror film enthusiast who lives in the Washington D.C. metro area. He earned a BFA in Film & Video Production from Point Park University and his wide array of works have been published in Rue Morgue, Bright Lights Film Journal, and Offscreen. He is currently completing a book for McFarland Press examining the history of contemporary Christmas horror films. Read Full
More posts by the Author »