Final Girls Berlin Film Festival is in its third year of highlighting women both on screen and behind the camera in horror cinema. The fest brings together talented filmmakers from all over the world to showcase a wide range of womens’ voices. It includes both feature films and shorts, the latter being shown in groups based on certain themes, such as true crime, folk tales, and queer horror.

Each of the six shorts in the queer horror category is uniquely magnificent, a testament to the diversity of queer perspectives.

Some tackle real world struggles through the lens of horror, while others are just good, bloody fun. Each one has its own style, and the remarkable talent behind each of them deserves all the recognition Final Girls Berlin seeks to bring. 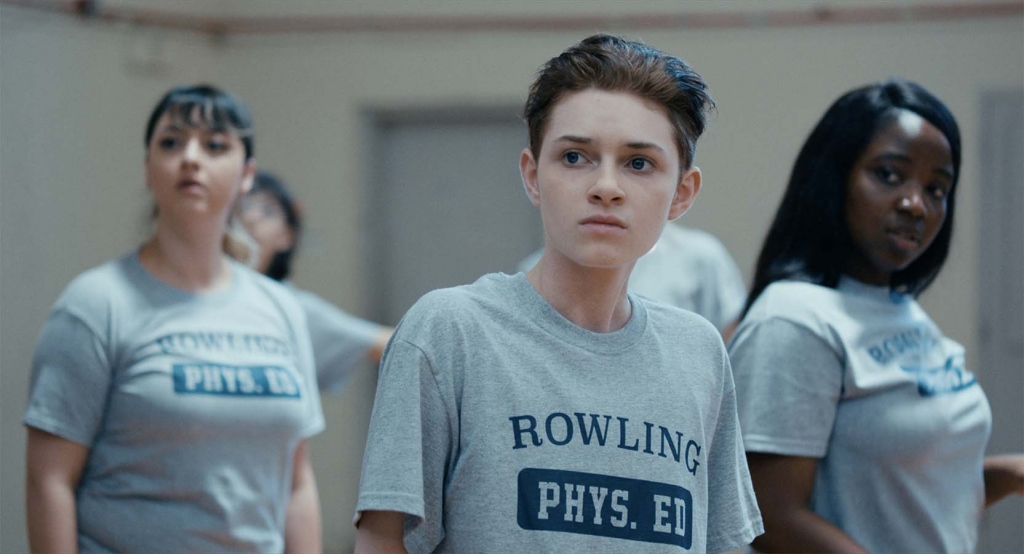 Skin is the story of Charlie, a teenager who feels out of place everywhere — at school, at home, and in their own body. One day Charlie accidentally opens a portal to an underground world where they find a new skin, one that might fit better than their old one.

Audrey Rosenberg’s film is unflinching in its portrayal of Charlie’s dysphoria and isolation. Their journey of self discovery is surprisingly touching, offering hope of acceptance for those who share their struggle. Even within her small structure, Rosenberg manages to have important conversations while maintaining a sense of simplicity in her narrative.

Skin is visceral, raw, and intimate, and it will linger in the back of your mind long after the final frame. 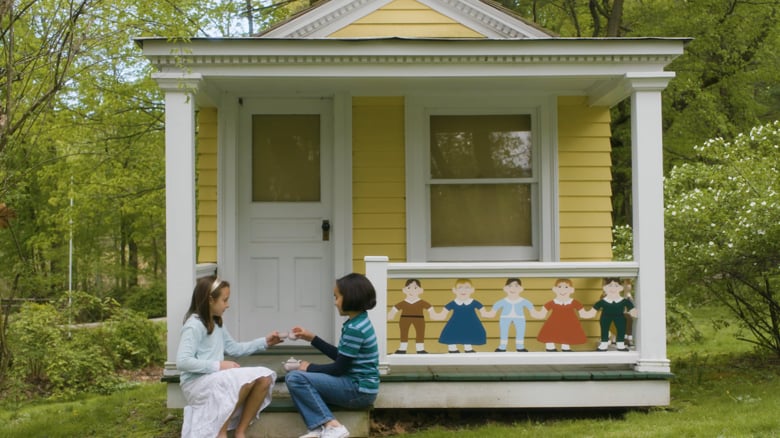 In this modern adaptation of Alice in Wonderland, a young woman bumps into a former schoolmate who leads her down a thrilling but ultimately dangerous rabbit hole.

Emily is a loner who has led a sheltered life, while Bunny is outgoing and experienced. Bunny offers to take Emily to a club in the city and introduce her to some friends. Things are going great until they’re not; there’s a dark side to Bunny’s lifestyle and Emily gets in over her head.

Fast-paced and imaginative, this urban fairytale comes to life with sinister delight. Teja Rose’s Wonderland is vibrant and seedy, and her mad tea party is more deranged than anything Lewis Carroll could have dreamed up. 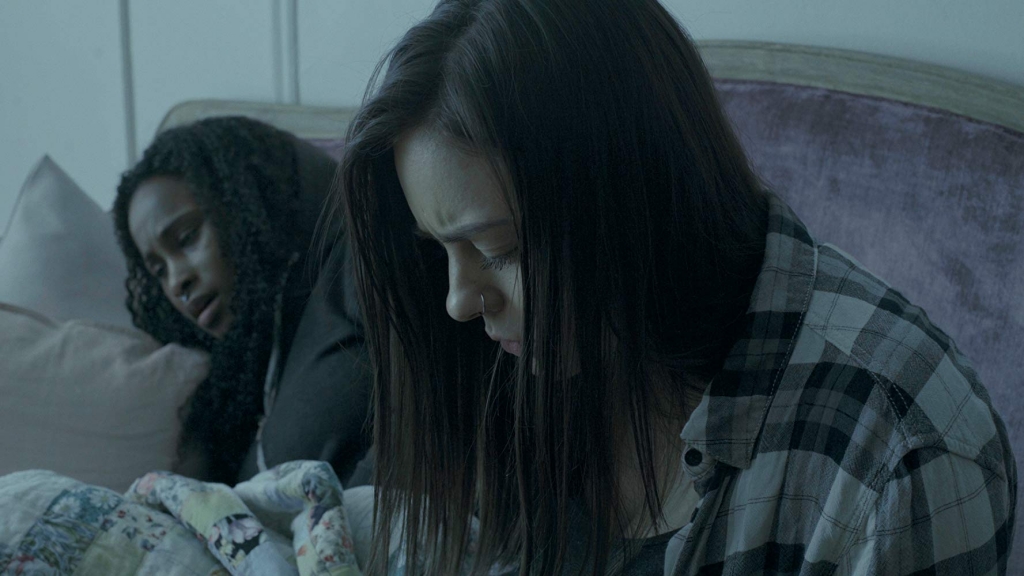 In an industrialized dystopia, one woman must go to unspeakable lengths to keep her sick significant other alive. Directed by Kalen Artinian and co-written with star Alexandria Benoit, this short is a ghastly, yet surprisingly sweet tale of the things people do for love.

What makes this film unique is the way it utilizes action and visual storytelling to carry the narrative. There’s no dialogue, but there is an impressive amount of world-building in such a short time frame.

It’s a wonderfully simple, straight-forward story, but it also has a lot of depth for a film that lasts less than six minutes. 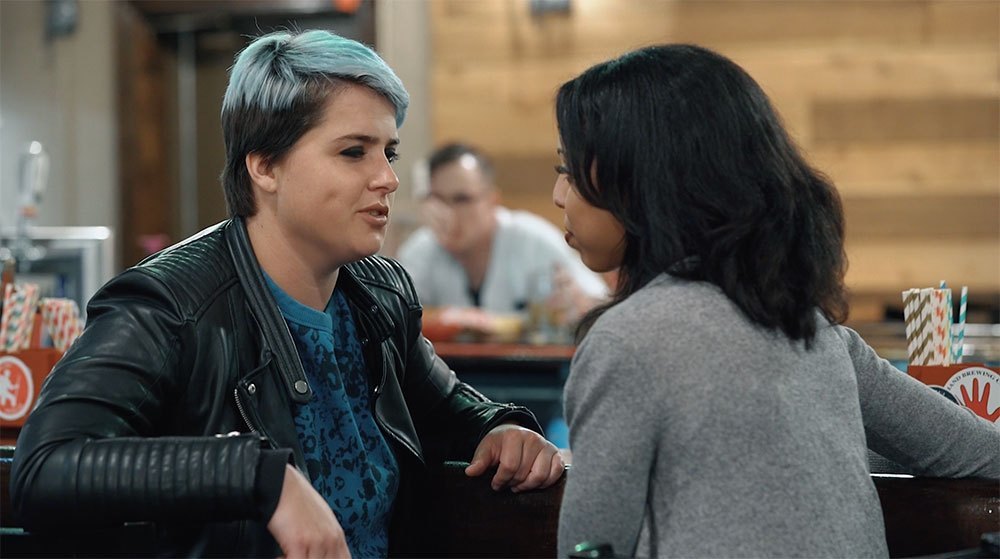 After meeting online, two women go on their first real date only to have it ruined by some unwanted attention. When that attention turns violent, one of the women must reveal her hidden powers to save her partner.

Described by director/co-writer BJ Colangelo as “Carrie meets X-Men on a lesbian first date,” Labrys combines comic book magic with the real world horror of sexual assault and the struggle of self acceptance.

It also captures a refreshing snapshot of both the awkwardness and giddiness of a new relationship that gives it almost a slice-of-life vibe — a slice-of-life that just happens to have super powers and bloody violence.

Shot on Super 16mm film and set in a smoothie bar (of sorts) that looks like the coolest 1980s mall food court you’ve ever seen, this dark comedy is about a young woman who learns the hard way that things aren’t always what they appear to be.

Blood Orange is a neon nightmare that is campy and surprisingly gruesome. The characters are as brightly decorated as the set and they’re each played to perfection, from the blissfully ignorant Angela to her delightfully nefarious coworkers.

Aliya Haq’s surreal style is marvelous, and the world is going to need more from her immediately.

A full moon sleepover goes awry in this heartwarming tale of puberty, identity, and young love. Shy Sam wants to fit in with her new friends — especially Willow, who has taken a special liking to Sam — but it soon becomes clear just how much she stands out.

Supernatural transformations at the onset of puberty is familiar territory in horror, yet there’s never a shortage of fresh takes on the trope. Writer/director January Jones makes her vision unique by taking some of the pain and loneliness out of the equation and replacing it with hope.

Lone Wolf captures this pivotal turning point in a young girl’s life and presents it as both frightening and wonderful.