Utilizing the Virtual Screening Room platform on Gofobo.com, the showcase will give independent filmmakers the opportunity to screen their short horror films for thousands of audience members online. Their films will have exposure in front of film industry professionals, fellow filmmakers, and avid moviegoers from around the world.

The STAFF PICKS: HORROR showcase is the second event the Gff team produced after the success of the inaugural Gofobo™ Fast Forward Film Festival in August 2021.

Attended by thousands of movie fans, the Gff featured independent short films of all genres from around the world.

STAFF PICKS: HORROR will showcase twelve curated short films from the United States and Canada that will terrify you just in time for Halloween. 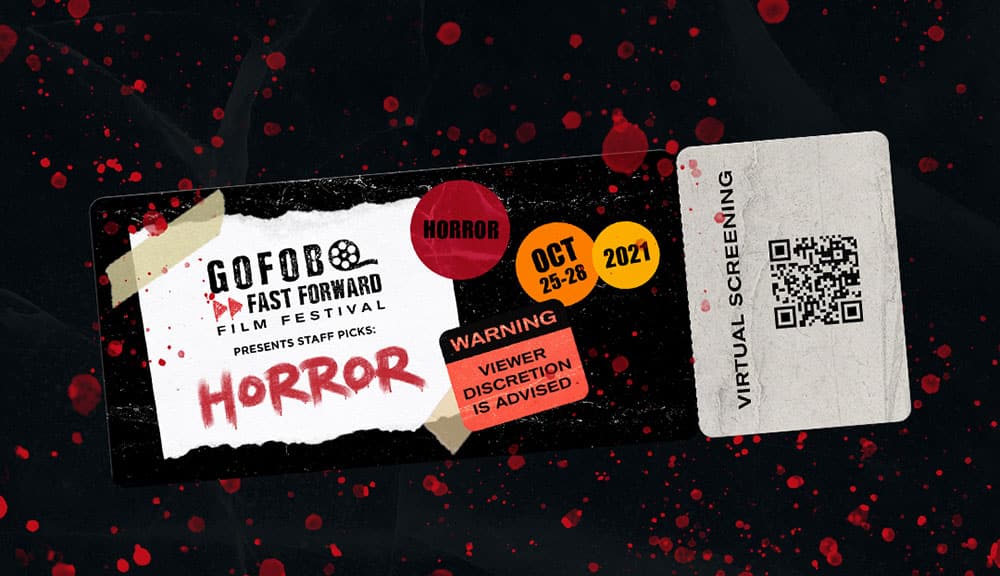 STAFF PICKS: HORROR will have four showtimes, Monday, October 25th through Thursday, October 28th at 7 pm in your time zone (Eastern, Central, Mountain, Pacific) each evening. Each showtime will feature the same great block of horror short programming, giving you multiple opportunities to attend. You may attend multiple showtimes if you wish.

Passes to attend the showcase are complementary and are available now while supplies last.

Gofobo™ wants to celebrate the art of horror, short-form storytelling, and independent filmmaking. Each short film selected will be screened for competition and voted on by audience members for the Best Short Film Awards: 1st, 2nd, 3rd place, and Honorable Mention.