An in-depth interview with filmmaker and scream queen Jessica Cameron, discussing her successful career, her love of horror, and women in the genre.

For serious horror fans, Jessica Cameron is a true Scream Queen favorite! This beautiful and hard-working lady throws herself 100% into everything she does, and it shows in her work. Not only is she an actress, she is also a director, screenwriter and producer. I first saw her in Truth or Dare and have loved her ever since. Some of my favorites are All Through the House, and her most recent film, American Guinea Pig: The Song of Solomon.

If you look at Jessica Cameron’s IMDb site, she has almost 20 projects going on currently!! Wow! So, I was seriously excited to meet her at the screening for Bill Moseley’s Crepitus — and even more thrilled when she agreed to an interview with me, despite her crazy schedule. 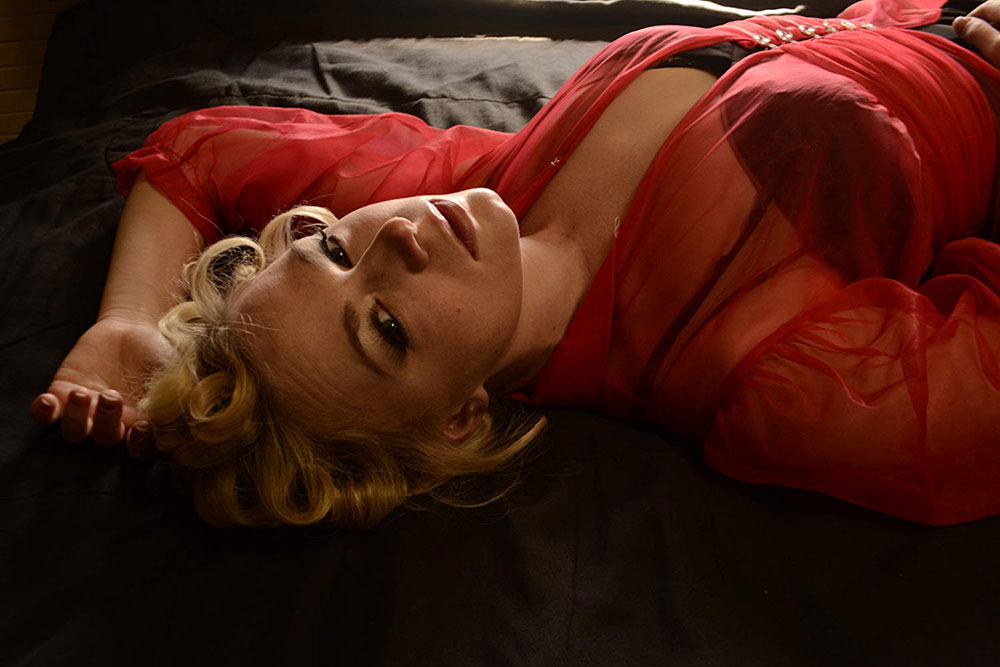 Los Angeles Zombie Girl: Hi, Jessica! Just to introduce myself, I am a horror writer, a SFX MUA, and a serious lover of all things dark and bloody. So, needless to say, I love you a lot! You are known to genre fans as a “Scream Queen”. What does that title mean to you?

Jessica Cameron: For me, the title of Scream Queen is one that is near and dear to my heart. For me, it is a positive name for a woman who works significantly in the horror genre and who excels and enjoys that process.

LAZG: Can you tell me a little bit about your rise to that Scream Queen fame?

JC: I have been so blessed that over the past 10 years, I have managed to book steady work in the genre. I have worked with many who I admire, including Stephen Biro, Tony Randel and Bob Kurtzman, amongst many others. My scream queen adventures have allowed me to travel the world to attend screenings and conventions, along with meeting the great genre fans in cool places like Ireland, Scotland, England and Australia. Although I started working in front of the camera, I have dabbled into directing and producing my own genre films as well, which has been tremendously rewarding to me on a creative level. 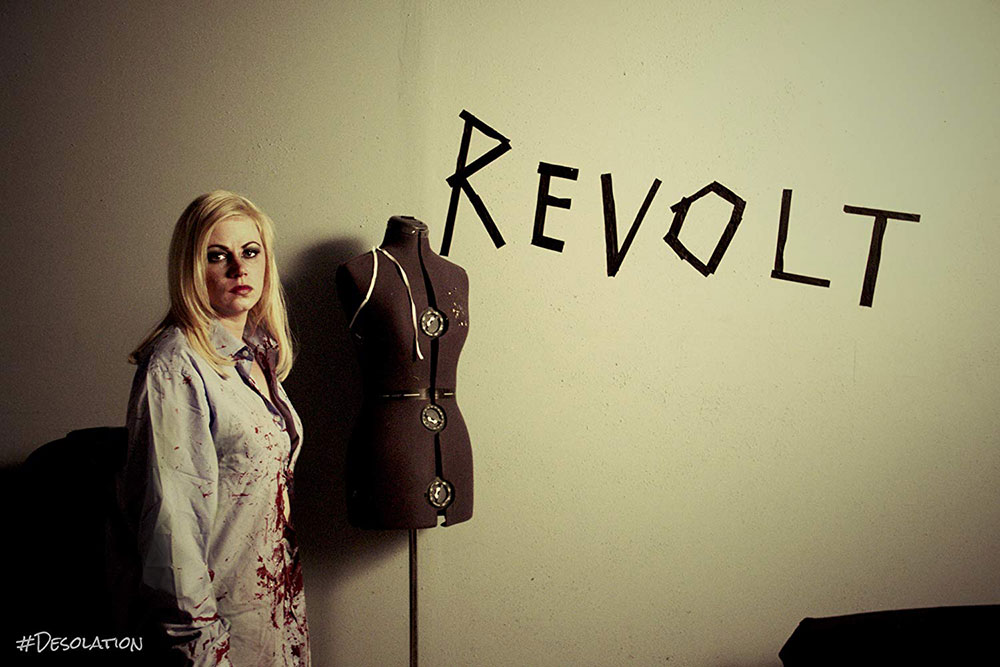 LAZG: What are some of your favorite films you have been in, and why?

JC: I have had many great experiences, so if you are a film maker I have worked with that I forget to mention, please don’t take it personally! The Sleeper comes to mind – I met Ali Ferda on that set and would go on to hire her for both Lilith and An Ending. She just blew me away with her acting ability. I also finally got to work with Tiffany Arnold on that film. I had known her for years, and it was great to actually share the screen with her. I also cast her in Lilith.

Camel Spiders was a fun experience, as it was my first time working with indie film legend Jim Wynorski. He was everything that everyone tells you he is. LOL. We got the 27-page script the night before around 8 pm, had to be on set for 8 am (not to mention the 3+ hour drive there), and would shoot action and dialog heavy scenes for the next 18 hours. It was a lot of hard work, but a nice reminder on how cast and crews can really come together to make movie magic.

The Tour is a short that I shot in London, England, with Heather Dorff. The cast and crew was just exceptional. We had so much fun, and it would go on to do a great film festival run. It’s one of those shorts that I would love to see made into a feature, because I think the story is worthy of more screen time. 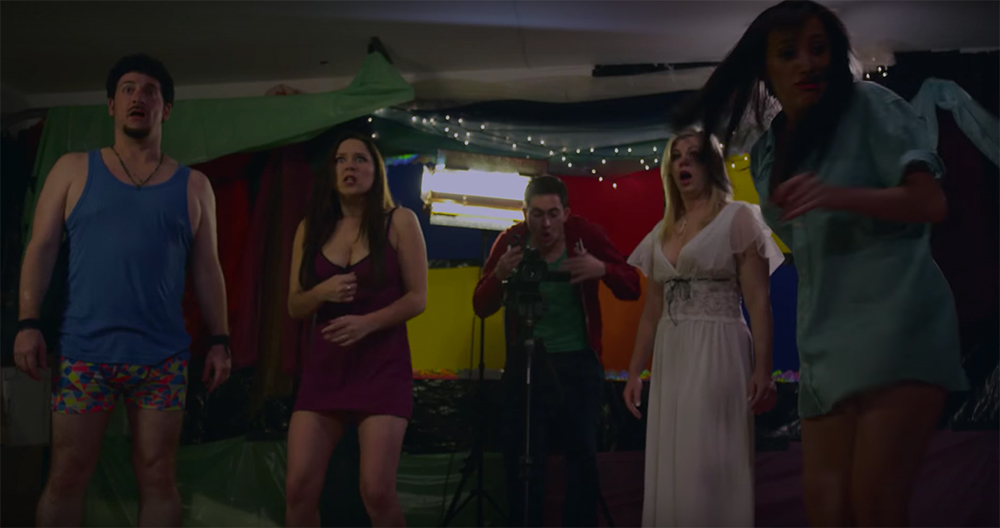 LAZG: Your Directorial Debut was in Truth or Dare. How was that experience, and are you going to direct any more horror films?

JC: Truth or Dare is a film that is near and dear to my heart. Not only was it my first time directing, but it is still such a great story that I genuinely love. Even though I have seen the film hundreds of times by now, I still enjoy it and have fun watching it. Acting while directing is very hard. While I love doing each job, I very much don’t like doing them both on the same set.

LAZG: Truth or Dare was a very gory film! I heard that the crew members’ shoes stuck to the floor from the blood, and I find that totally amazing!

JC: That they did! There was just so much blood! It was a great experience. I was really lucky with my cast and crew on that one. For the most part, they were all very hard working and incredibly talented. I am lucky that my Producer, Mem Ferda, was encouraging me to go to those dark and bloody places. Many of those I hired on that set I have worked with since — and look forward to hiring again soon.

I have directed two films since, Mania and An Ending. Mania is set for a fall release, and An Ending is in post-production. I like directing films that others are too scared to do, so should another one cross my desk I am definitely up to the challenge. 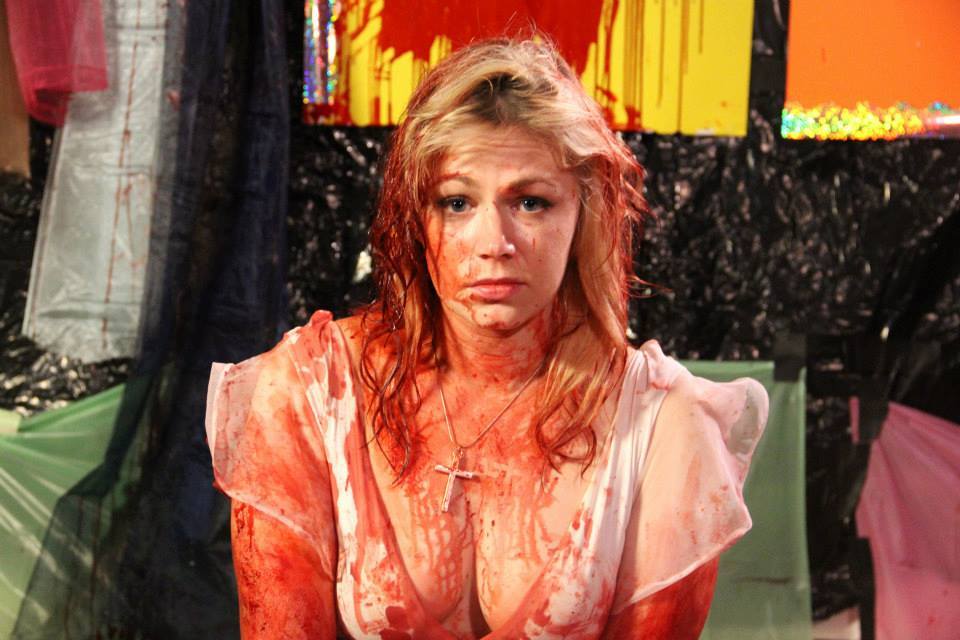 LAZG: Where did you get the idea for Truth or Dare? What did it take to get the film made?

JC: I had always feared, as a child playing Truth or Dare, that someone would dare me to do something painful, like stab myself with a pencil. After all, if it’s a dare you have to do it! Luckily, that never happened, but it did allow my mind to wander. With the rise of online celebrities, and especially YouTube, I knew that I wanted to script a story around the fans who went too far, and that concept felt like a perfect fit for my childhood fears.

Getting the film made was very hard – as a first-time film maker, I didn’t have a track record to prove I could do it. I just had my word. So, I had to knock on a lot of doors to get one to open.

LAZG: You directed but did not act in Mania. How was that? Did it feel strange not to be in the film?

JC: It didn’t feel strange to not act in the fil