Interview: Julian Richings (“Anything for Jackson”)

Posted by:
Tags:  anything for jackson Fantasia julian richings supernatural

We talk with “Supernatural” fan fave Julian Richings about his new film slaying the festival circuit “Anything for Jackson”, and about his love of horror.

As a huge fan of the TV show, Supernatural, one of my favorite characters is Death, one of the Four Horsemen of the Apocalypse. The mighty and feared Pale Horseman was masterfully portrayed by veteran actor, Julian Richings, who brought a new life to the usually morbid and feared Angel of Death. I was lucky enough to speak with Richings about his new film Anything for Jackson, his love of the horror genre, and of course, horror movies.

A horror film about a Satanist couple who kidnap a young pregnant woman in the hopes of performing a resurrection ritual for their recently deceased grandson, Anything for Jackson is making its US premiere at the upcoming Nightstream Film Festival. Stay tuned for our full review of the film, coming soon to this site. And be sure to keep an eye out for this one and watch it as soon as you’re able. 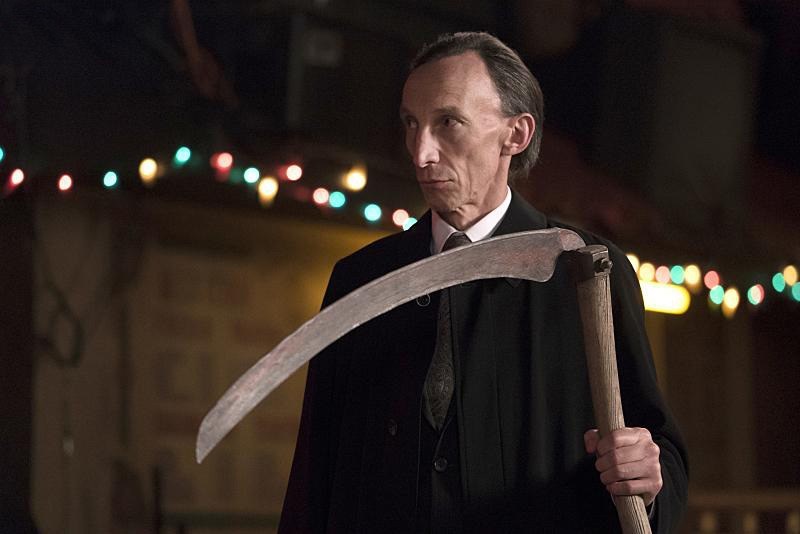 Morbidly Beautiful: I watched Anything for Jackson last night, and I loved it!

MB: I have to say that I’ve been a fan of yours since Supernatural. I’m sure you hear that quite a bit.

MB: In Anything for Jackson, your character is a Satanist who performs a reverse exorcism. How did you prepare for the role?

JR: Nothing special. I read the script, I loved the script, and I did what I always do, which is immerse myself in the situation and the “what if.” It sounds kind of extreme when you explain it to somebody. Good Lord, there’s a professional doctor doing a reverse exorcism on a young woman. It’s like playing the character of Death. You just go, okay it’s written in a particular way. You pick up clues from the script in the tone, in the way you’re expected to contribute to the story, and I just went with my instincts.

I was very fortunate in that I had a great partner in Sheila McCarthy who, like everyone knows, is a fine actor. We’d never actually worked on screen together but were familiar with each other’s works. A lot of the prep was really between the two of us figuring out how we as a couple would respond to events that were getting out of our control. You can go through your own subtext and through your own internal monologues and stuff. Justifications. But at the end of the day, Anything for Jackson is about a couple — and it was a lot of fun going on that journey with Sheila.

MB: Your chemistry with her was great. I thought it was a very smart pairing of the two of you.

JR: It’s fun for an older couple to have the narrative arc in a film, and it’s so fun to have lead characters that are out of their depth, too. We see things going wrong step by step, and that’s kind of a fun thing both to play as an actor, and to see as a viewer.

MB: What was it about the character of Henry that intrigued you, and made you want to be a part of the film?

JR: The fact that his desire to do something terrible comes from a good place. He loves his grandson. It’s about loss and grief, but somehow over the year, it’s kind of become something that’s quite nasty and selfish. I find that really interesting. I find the choices that we can make as people, we can go down one path or another, and rapidly, they can escalate, and become something they’re deeply regretful for. I really liked that whole idea that he was a sort of controlling, clearly successful professional doctor who suddenly is in deeper than he thought, and stuff’s coming back at him that he just doesn’t understand, and he can’t control.

MB: This isn’t your first foray into the horror drama. What draws you back to horror?

JR: I love it. I love the genre. I think it’s innate in our humanity. I think that the horror genre is an enactment of our darkest fears, and our regrets. It’s the sort of flip side of a lot of, especially in the television industry, which is about fantasy and about what if maybe we could achieve this, maybe we could be in Freedom 55. And it’s all mixed in with advertising, and consuming and wanting things, and items and objects of success — where I think the horror genre is exactly the opposite.

Horror is the nightmare version of that world. It’s the… oh my God, underneath we are all just scared of being alone. We don’t want to be in that cabin the woods; we don’t want to be left to our own resources in the dark. There’s all these intrinsic human things in the horror genre that I really like, and it’s very democratic. Often, the main characters in horror are not the cool kids, not the people that you want to be a member of their gang. It’s the misfits and people who have had a tough journey and they’re overcoming things. So it appeals to me.

There’s a whole genre. Some horror gets into real extreme violence and body horror and stuff, and we all have our own taste thresholds. I prefer narrative, what-if, like thoughts and idea that are chilling and terrifying. Anything for Jackson is exactly that.

MB: I couldn’t agree more. I like a mix. Give me all the horror!

JR: Yeah! And it’s interesting, the horror genre is sophisticated enough that we do have all these sub-sects, subdivisions I guess you could call them. Sub-genres. It’s an implication that it’s a very healthy and very vibrant form of expression that there are so many facets to horror. You can’t just go, “Oh, horror.” Because a lot of horror films don’t even have any good scary jumps in them. They just sort of insidiously creep, or they suddenly introduce you to some horrific image that you never thought you could quite cope with. It was always there beneath your psychological circuit.

You ask why horror? Well, I do find it a really interesting sandbox to play in. 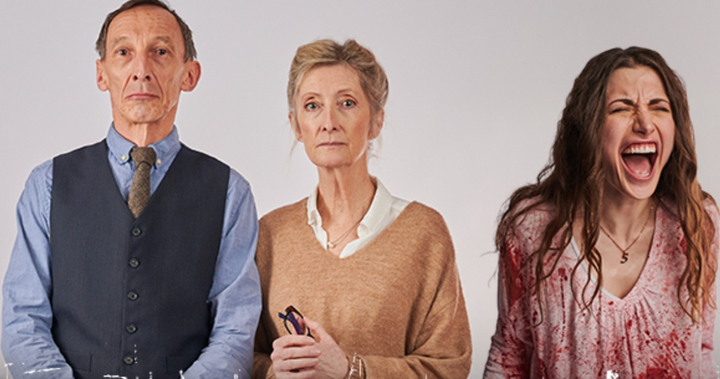 MB: I love that a lot. I know that Covid had put a lot of thing on hold, and stalled a lot of productions, but do you have anything that you’re currently working on, or anything else that you have coming out?

JR: Well, it’s been a weird time. Because of Covid, everything stopped for six months. I was involved in quite a few independent film projects that all stalled or have their distribution messed up with the pandemic. So I’ve got a few things that are current right now. They don’t feel it, because some of them were made two years ago. Anything for Jackson actually had a very quick turnaround. We were lucky that we were the last sent in Ontario that actually completed filming. We wrapped at something like 6pm, and I think the embargo on filming was 8pm th