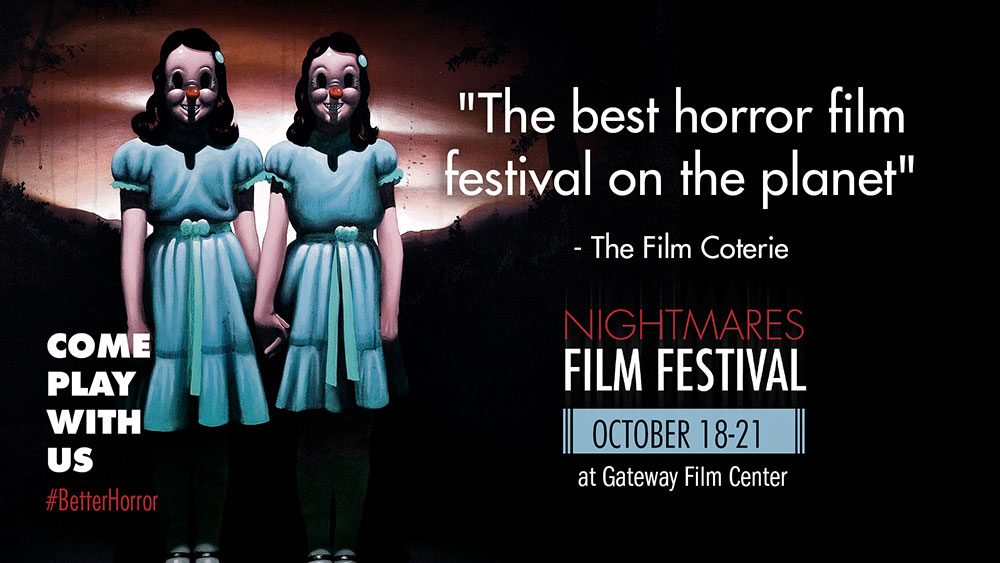 The widely respected and renown Nightmares Film Festival, a favorite among those who love and appreciate great genre films, is gearing up for its 2018 season. The highly anticipated complete programming schedule will be announced next month.

However, as part of its annual tradition, Nightmares just announced its “Early 13” — a preview of the October program in the form of a baker’s dozen of early selections.

The festival’s motto is “better horror,” and this first wave of programming lives up to the phrase. With world premieres, influential names and extraordinary genre experiences, the lineup is sure to stoke excitement among horror fans and filmmakers still vying for a spot in the program.

“Our focus is on curating the most surprising, most astonishing work in genre, and that’s given us a reputation for having one of the best programs around,” said co-founder Jason Tostevin. “We love giving a taste of this year’s direction with these first picks.” 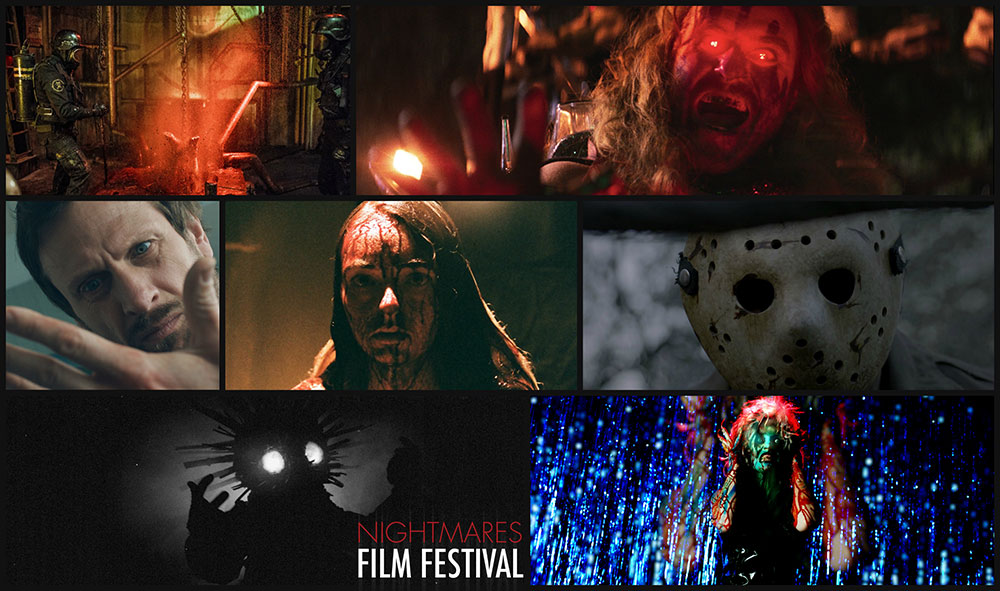 The Early 13 includes three major world premiere features. Fred Vogel (August Underground) brings his newest, this time eschewing gore for a tense thriller called The Final Interview. The Bad Man is an unrelentingly twisted tale of kidnap and torture from Scott Schirmer (Found). And Skeletons in the Closet is an anthology dripping with ‘80s atmosphere from Tony Wash (The Rake).

Two other features will be making their Midwest premiere at Nightmares. Jason Trost (The FP, All Superheroes Must Die) will screen his feature The FP 2 – Beats of Rage, the follow-up to the 2011 cult smash The FP. And previously lost ‘80s slasher Confessions of a Serial Killer will be presented in a newly remastered director’s cut.

Special engagements include a rare theatrical screening of the Friday the 13th fan film, Never Hike Alone from Vincent DiSanti, and the world premiere of Offerings – a nightmarish trip through the world of a mysterious cult, presented with live, in-theater musical accompaniment.

The shorts include new works from established horror directors, as well as new talents in genre. Sonny Laguna and Tommy Wiklund (Puppet Master: The Littlest Reich) will debut their short, Mystery Box. And the Roache-Turner brothers (Wyrmwood: Road of the Damned) deliver another post-apocalyptic zombie tale in Wyrmwood: Chronicles of the Dead.

New voice Bas-tzion Beahan will screen her short A Death Story Called Girl. Stephen King adaptation I Am The Doorway out of London makes the list, as does Canadian thriller Masks, off its Toronto After Dark premiere.

And in the Recurring Nightmares section – which programs previously selected filmmakers’ new works – Aaron Immediato returns to NFF with Bathroom Troll, a horror short on the theme of gender identity.

“The amazing part is, this is just the beginning,” co-founder Chris Hamel said. “We have more than a hundred more films to select and present to horror fans in October.”

Selections are being considered on FilmFreeway and Withoutabox until late September, so filmmakers and screenwriters hoping to be part of the final lineup can still submit.

Passes are still available while they last at www.gatewayfilmcenter.org/NFF.

Toetag Pictures’s Fred Vogel (August Underground) returns with a sophisticated thriller. A fading newscaster desperate for ratings lands an interview with a mass murderer the night before his execution. But what he thinks will be an easy ratings boost turns into a dangerous psychological showdown between the two.

From director Scott Schirmer (Found, Harvest Lake) comes his most disturbing film yet.  A sadistic clown kidnaps a young couple, Mary and PJ, and tortures them to transform them into servile sex slaves. When PJ goes mad, Mary becomes the couple’s only hope of survival and escape.

The long anticipated follow-up to Jason Trost’s 2011 cult smash, The FP. JTRO suits and boots back up for a quest deep into The Wastes to find the legendary Beat-Beat tournament, “Beats of Rate,” where he’ll face AK-47 and, he hopes, save the world.

4. Skeletons in the Closet

The first and only planned festival screening of this ‘80s-style anthology from Tony Wash (The Rake). Eleven-year-old Jamie loves the late-night horror series, “Skeletons in the Closet.” But when she sits down for the latest episode on a night when her parents are out, she and her babysitter will have to survive some horrors closer to home.

5. Confessions of a Serial Killer

Lost for 20 years in Roger Corman’s New Horizons vault, and passed around on bootleg tapes, this legendary 1985 film has been rediscovered, remastered and presented as the director intended. It tells the story of the chilling life and crimes of the notorious real-life serial notorious Henry Lee Lucas, whose reign of terror came to an end on July 11,1983. 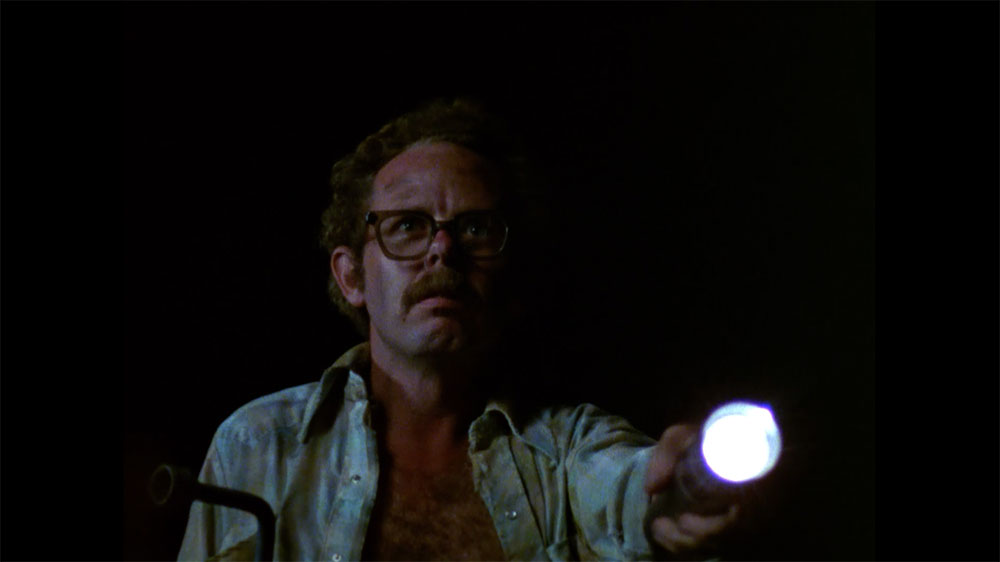 The newest short from Sonny Laguna and Tommy Wiklund – directors of Puppet Master: The Littlest Reich. While fishing, a woman drags up a bizarre metal box, only to discover that, no matter what she does, she can’t be rid of it.

7. Wyrmwood: Chronicles of the Dead

The Roache-Turner brothers (Wyrmwood: Road of the Damned) present a new story in their post-apocalyptic universe. A girl, trapped in an underground bunker with a psychotically evil doctor and a group of zombie-blending soldiers, must orchestrate a fantastically daring escape before her brains are sucked out of her skull. 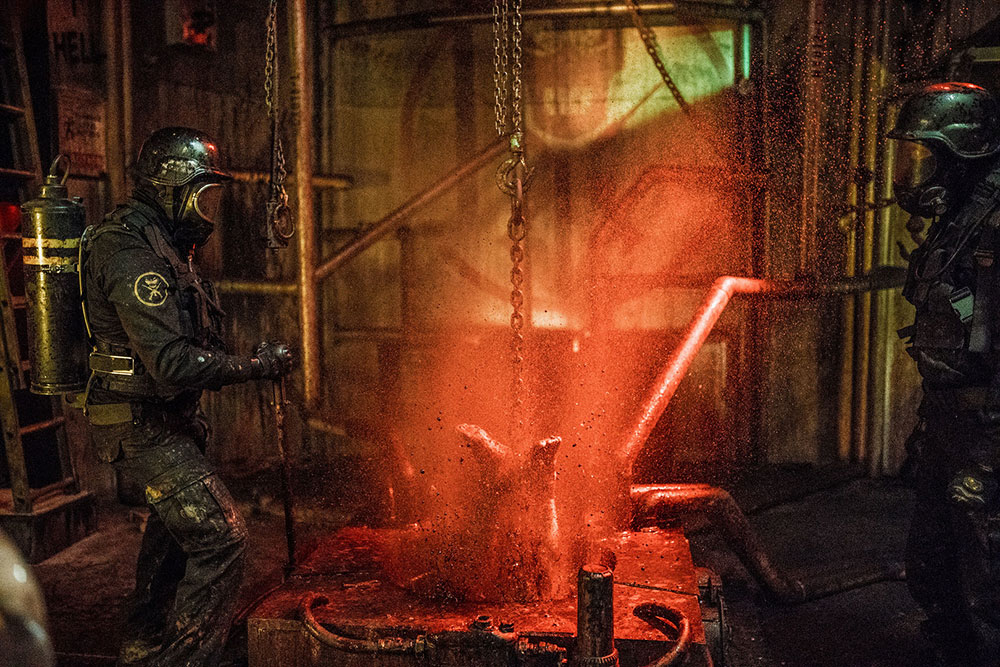 A rare theatrical screening of what’s been called the “best Friday the 13th fan film ever made” (Bloody Disgusting) and “better than most of the real Friday the 13th movies” (Letterboxd). A hiker’s survival skills are put to the test when he stumbles upon the remains of an old abandoned camp and discovers its long dark secrets. 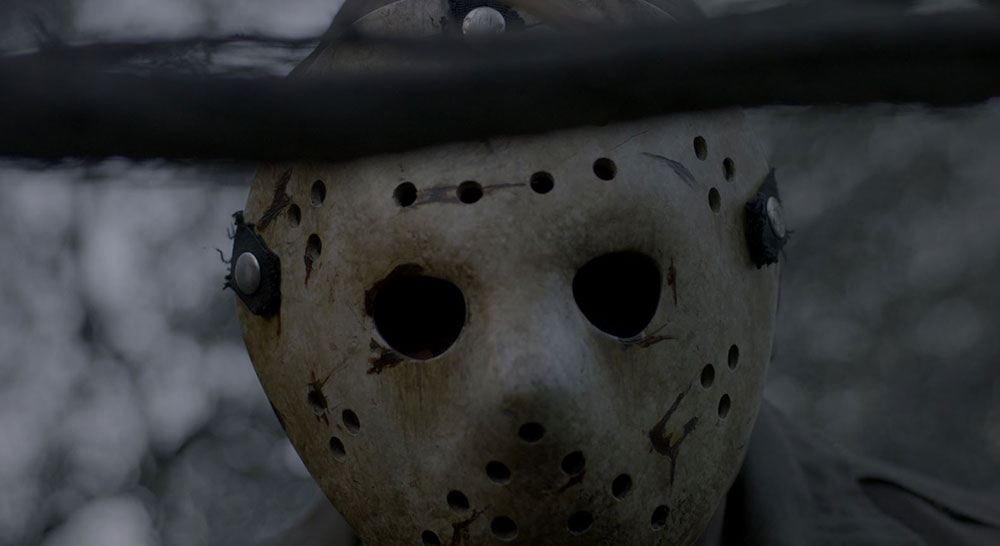 From new filmmaker Bas-tzion Beahan. A nihilistic girl enjoys the wealth of suburbia. 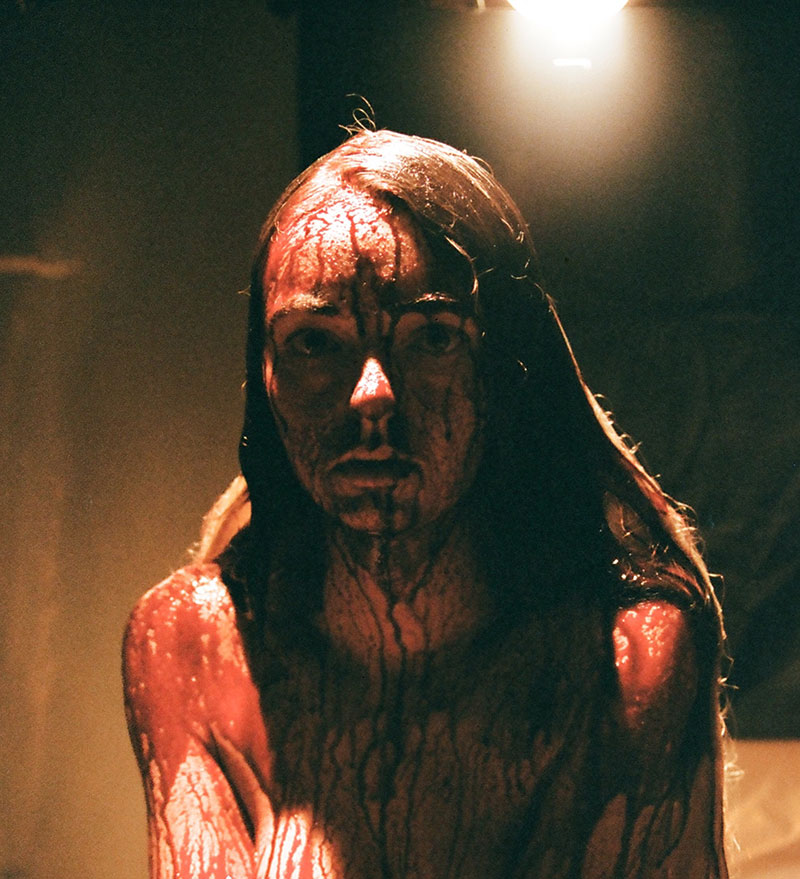 Adapted from the short story by Stephen King through his Dollar Baby program. A former astronaut believes himself the doorway to a terrifying alien invasion.

From Torin Langen (3 Dead Trick or Treaters) comes this expanded cinema project, presented with live, in-theater musical accompaniment. The short is a nightmarescape of the rituals of a mysterious cult and the spaces they inhabit.

When a clique of mean girls bully Cassie for not “looking like a girl” in the school bathroom, they awaken a dangerous rage deep within her.

Coming to us from its world premiere at Toronto After Dark. Two actors preparing for a show in an old theatre find the dress rehearsal isn’t going to go as planned.