“Dawning” is a poignant — at times terrifying — meditation on grief, trauma, and letting go that left an indelible mark on this viewer.

“Dedicated to the hurting.”

While there is no such thing as one type of horror fan, many of us share commonalities.

It’s not unusual for trauma survivors to flock to the genre, in an effort to both evade and safely confront our own personal demons and the horrors that haunt our own minds.

Thus, it makes sense that so many horror films revolve around trauma and the terror it leaves in its wake.

While genre films have always reflected real-life horrors — including grief, guilt, and mental illness — through allegorical representation, many modern horror films tackle these issues head-on in a much more overt fashion. Some films like Hereditary and The Babadook balance both internal and external torment, while other films keep us guessing as to whether the true threat is supernatural or psychological in nature.

Such is the case with Young Min Kim’s feature film debut, Dawning, about a woman forced to face her family’s dark past and uncover traumatic secrets she’s kept buried for years.

The film opens in a chilling fashion. 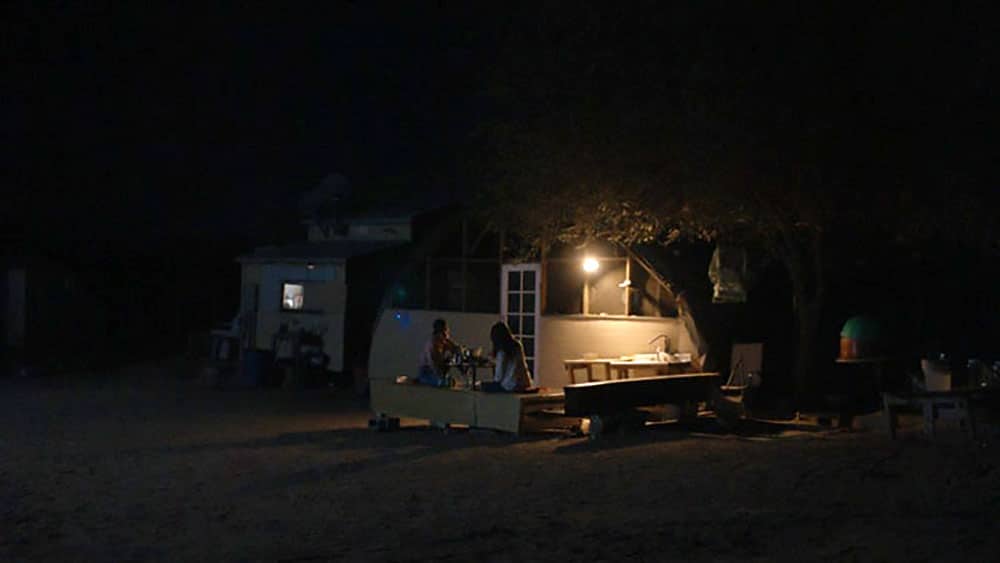 A father of two storms out of his house and drives off in his truck as his young daughter chases after him — screaming, crying, and pleading for him to stay. As his daughter frantically tries to reach him on his phone, he calmly pulls off to the side of the road, takes a gun out of the glove compartment, and shoots himself in the head.

10 years later, his grown daughter Haejin Park (Kim Ellis) is now a successful psychiatrist treating trauma patients in New York. As one of her patients struggles to come to terms with guilt over his own father’s suicide, Haejin hallucinates a man killing himself in an apartment across the street.

Afterward, she informs her assistant that she’ll be heading out of town for a couple of days, back to her hometown of Los Angeles to comfort her younger sister following a painful breakup.

As Haejin prepares to turn in for the night, she listens to an audiobook on trauma, while Googling the relationship between trauma and hallucinations. Later, she has an unsettling dream and is awakened with terrifying sleep paralysis. It’s a truly tense and frightening scene that made the hair on my arms stand up.

The next day, Haejin arrives at her family’s farm to see her sister, Soojin Park (Veronica Kim). She experiences yet another disturbing hallucination before learning that Soojin’s ex-boyfriend, Jaesung, was often physically abusive towards her. Yet, much to Haejin’s horror, Soojin doesn’t blame Jaesung for the violence; she accepts that the trauma of her past has made her difficult to love.

Later that night, in an emotionally devastating scene, Soojin confesses her anger and hurt towards Haejin for abandoning her.

Throughout her stay on the farm, Haejin continues to experience haunting hallucinations and bone-chilling night terrors.

These moments are when the film is at its scariest while beautifully reflecting its Korean horror roots. 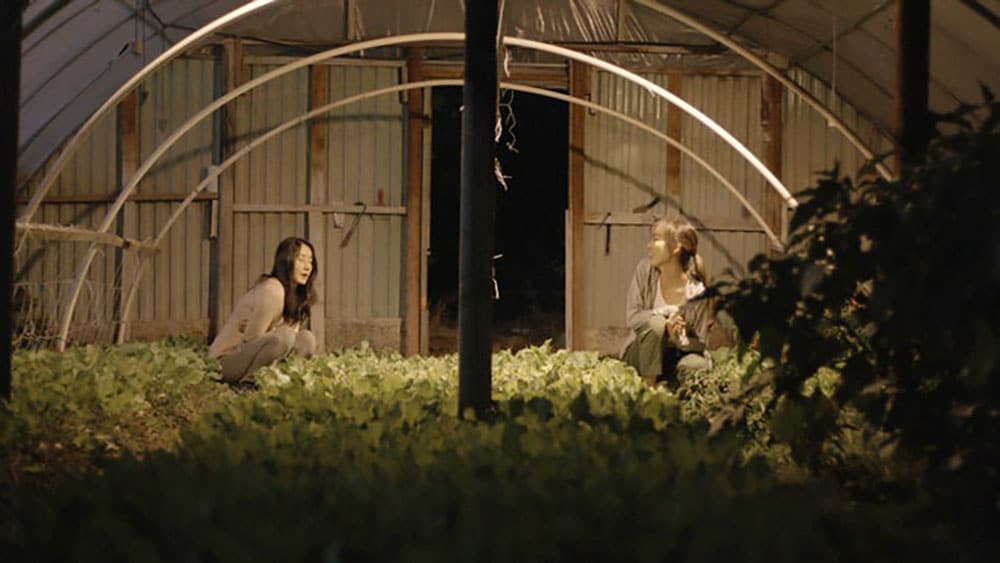 Soon, however, Dawning pulls the rug out from under viewers and reveals hidden truths while dramatically shifting in tone from a tense supernatural chiller to a heartbreaking familial drama.

Yet, even as the narrative landscape shifts, the film never loses its ability to fully engage and shock its viewers.

Initially conceived as a short film, Dawning packs a lot into its 72-minute runtime, adeptly balancing weighty, dramatic material with great scares and spooky visuals. But some viewers may be turned off by the lack of nuance.

DAWNING is a film with trauma in the foreground, and it makes no apologies for its heavy-handed approach to exploring the psychological scars of suffering. #panicfest2022 Click To Tweet

In his Kickstarter pitch to raise finishing funds for Dawning, Young Min Kim explains his intent for the film:

“Sharing experiences through storytelling often brings healing to those who have shared a similar moment.”

“Many films have brought us to love and empathize with the main characters. Though most of us [are] background characters, cleaning up the mess the protagonist and antagonists have made. This is that story. The story of the person who wasn’t the center of attention, but still managed to absorb the trauma.”

The mileage you get out of Dawning may depend on your tolerance for horror films that explore deeper themes rather than existing solely to scare the wits out of you. At its heart, Dawning is much more character drama than traditional horror, and that may polarize some audiences.

However, even if not everything works for you, it’s hard to deny how much this film gets right. 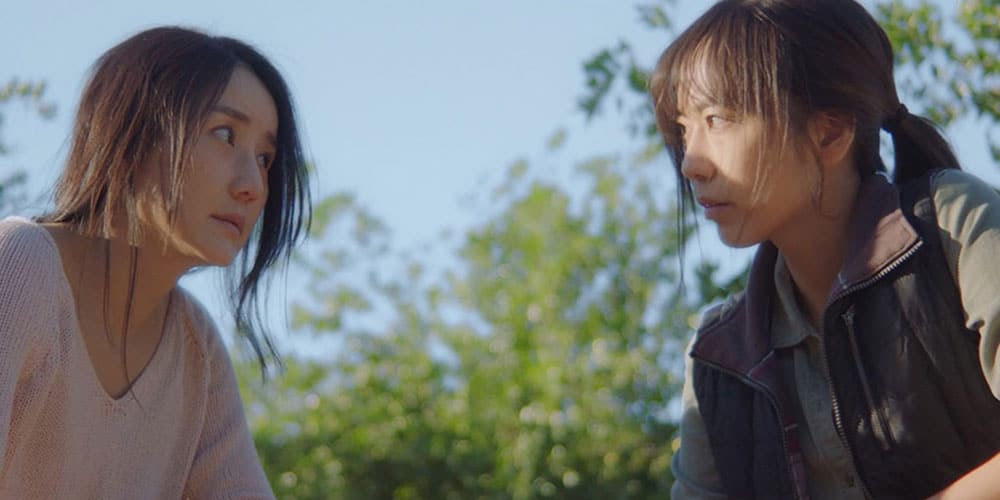 Save for a handful of brief appearances from supporting characters, the bulk of the screen time is filled by just two characters: Haejin and Soonjin. And Ellis and Kim in their respective roles are extraordinary, flawlessly bearing the weight of the film’s significant emotional heft.

Dawning is beautifully shot and scored, and its mix of both Korean and English language dialogue gives it authenticity and uniqueness.

The ending is an absolute gut punch, a powerful payoff for the film’s slow-burning tension and pervasive unease. Though, fans of Korean horror may predict where the film is headed as it shares a lot of similarities to an iconic Korean horror film, which I’ll avoid naming for fear of spoilers.

Even if the film’s sudden shift and difficult subject matter alienate some viewers, it deserves credit for taking a big swing and packing quite a punch in the process.

For me personally, Dawning hits a home run.

Dawning made its World Premiere at Panic Fest 2022.