“The Creeping” is a simple but well-made and effective spookfest about a family home haunted — in the literal and metaphorical sense. 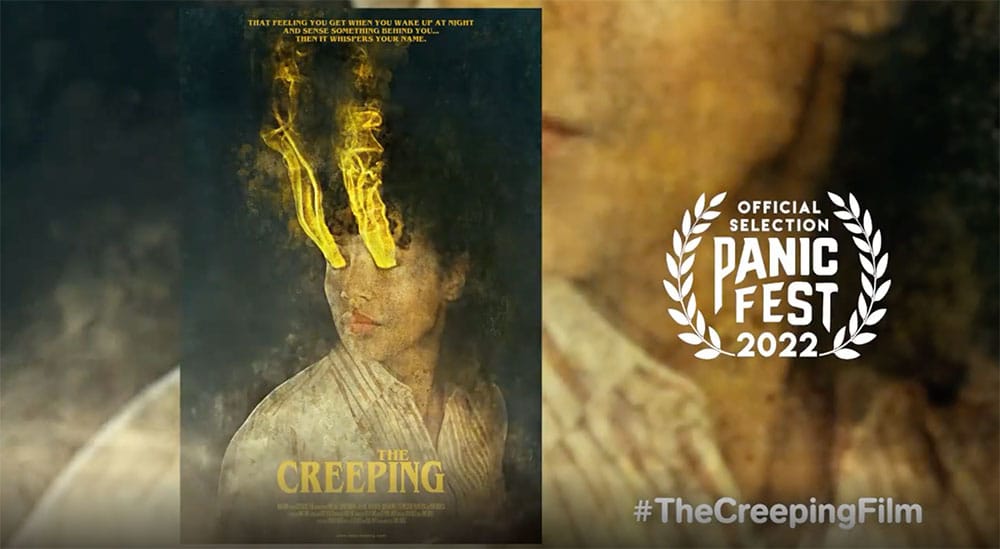 Making good on the promise of its title, The Creeping gets off to a strong start, introducing us to young Anna as she is being tucked in and lulled to sleep with a scary bedtime story courtesy of her doting father, Harry (Jonathan Nyati). She’s delighted by the creepy tale until, later that night, the story comes to life in a terrifying way.

Something appears to be horrifically wrong in her house. But is it a real threat or just the overactive imagination of a young girl whose father is a little too effective at storytelling?

We aren’t given time to unravel the mystery as the film quickly fast-forwards to an adult Anna (Riann Steele). Having recently lost her father, she prepares to head back to her childhood home to care for her ailing grandmother, Lucy (Jane Lowe), with the assistance of Lucy’s compassionate caretaker, Karen (Sophie Thompson).

At first, Anna’s biggest concern is her grandmother’s declining mental health as the result of dementia. Lucy regularly struggles to remember her granddaughter, Anna, and she must be constantly and painfully reminded that just about everyone she has ever loved — her husband, her daughter, and her son-in-law — has now passed.

Before long, however, Anna is reminded of the unease she once felt while a child inside the house. 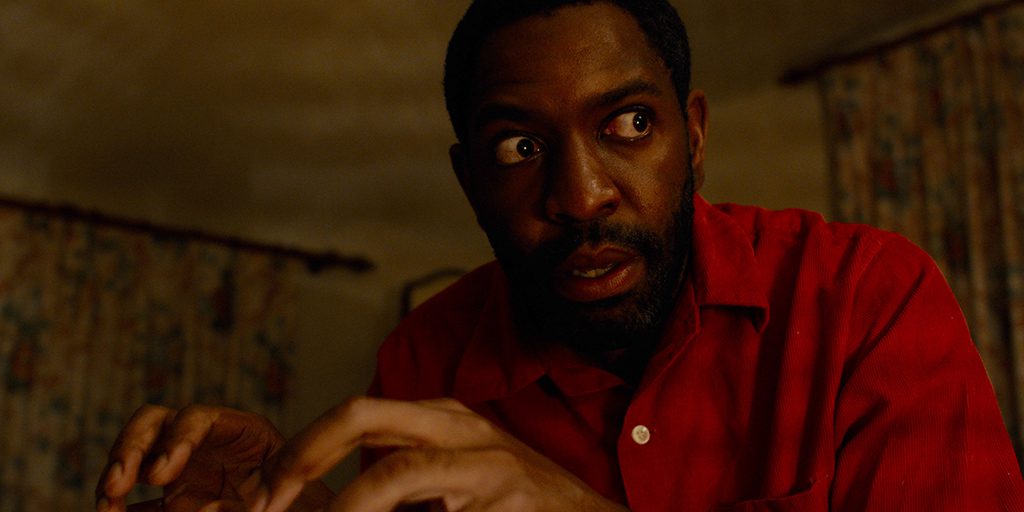 She’s awakened at the same time every night around three in the morning. She hears her name whispered by an unseen entity. She hears strange voices on the monitor she uses to keep tabs on Lucy. She has recurring nightmares of a ghostly presence that feel terrifyingly real.

As memories of the home’s oppressive hold on Anna come flooding back, memories she seems to have suppressed until now, she fights to uncover the source of terror and protect her last remaining family member at all costs. But the truth behind the evil infecting the home is far more devastating than she could imagine.

The beats are familiar as The Creeping models itself rather faithfully on a classic British ghost story. The scares are simple but effective, relying more on tension and atmosphere than flashy visual effects.

It’s the kind of film that keeps you on edge — constantly looking in the corners of darkened hallways and reflections in mirrors for a glimpse of something awful, something you can always feel lurking even when you can’t see a thing.

The Creeping is in no way trying to rewrite the haunted house formula. Rather, it embraces its horror roots, presenting itself as a nostalgic chiller centered around strong performances and a solid mystery. Consider it more of an homage to films like The Changeling and The Stone Tapes.

It also reminded me in many ways of the gorgeous and emotionally devastating 2020 horror film The Relic, which effectively used a haunted house as a metaphor for the horror of dementia and the pain of watching a loved one slip away.

The similarities do not end with the exploration of mental health and generational trauma, however. Like The Relic, The Creeping is a female-centric story centered around three generations of women. And the performances from the outstanding cast, consisting of regulars from British TV and film, really make this one worth watching.

Don’t expect anything groundbreaking here. While The Creeping will no doubt remind you of the genre classics, it doesn’t quite rise to that level of excellence itself.

Still, Jamie Hooper makes an impressive feature film directorial debut with a well-crafted and thoroughly watchable ghost story that promises to keep you great company while snuggled up under a blanket late one night.

THE CREEPING made its World Premiere at Panic Fest 2022, where it was voted “Best of the Fest”.