Achingly beautiful and haunting with a wicked sense of humor, Rainer Sarnet’s November completely captivates from beginning to end. 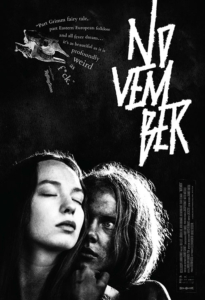 The Official Selection for the 2018 Academy Awards, Best Foreign Language Film – Estonia, made its debut at the 2017 Tribeca Film Festival, where it was awarded Best Cinematography in an International Narrative Feature, a recognition that is both well-earned and extremely deserved.

Above all else, Ranier Sarnet’s wonderfully strange and fantastical folk tale November is a visual feast — exquisitely shot with vivid black and white cinematography and glorious to behold.

Based on a well-known Estonian bestseller by Andrus Kivirähk, this bewitching tale of love and survival in 19th century Estonia centers around a peasant girl named Liina (Rea Lest) who longs for the love of a village boy named Hans (Jörgen Liik). 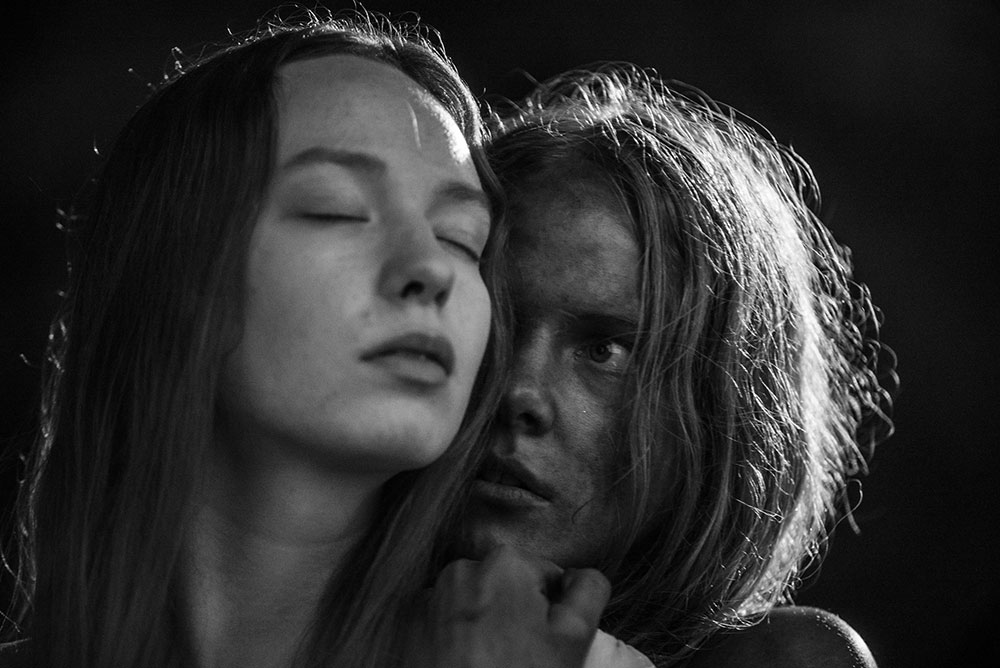 Although the two seem perfectly matched, Hans inexplicably falls madly in love with a visiting German baroness (Jette Loona Hermanis), a mysterious beauty with a dangerous sleepwalking habit. Though they have never shared a conversation or even a moment alone, Hans becomes consumed with the thought of the unattainable daughter of an aristocrat.

As the lovely and tortured Liina tries desperately to win back Hans’ affections, she must endure the hardships of an unforgiving landscape inhabited by spirits, werewolves, plagues, and even the Devil himself. She’s also forced to fight off the advances of her beastly neighbor, a man who has been promised her hand in marriage by Liina’s father. 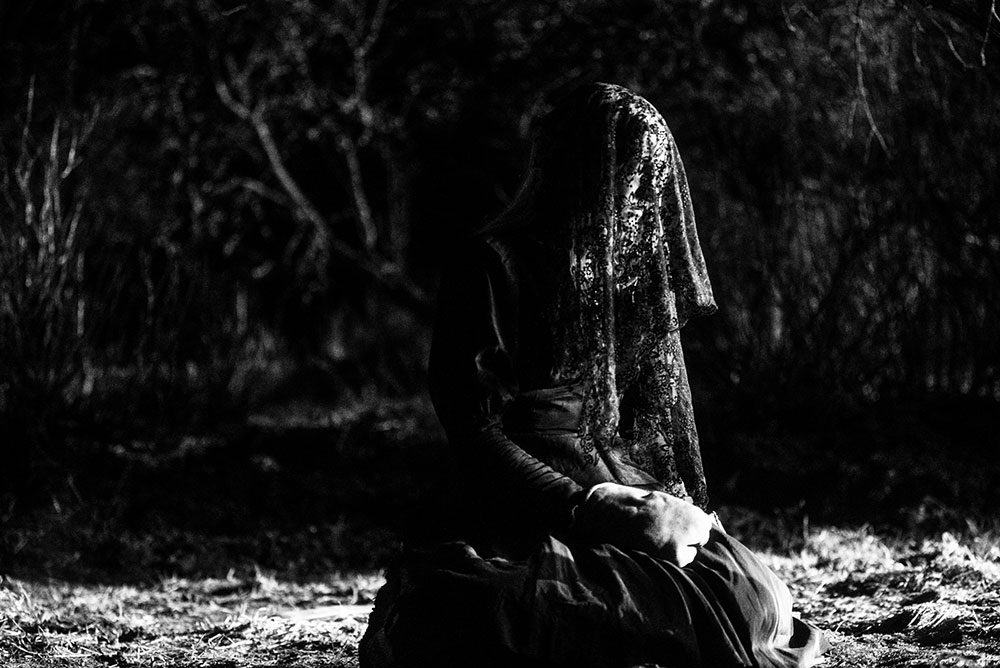 Her numerous woes and heartbreaking loneliness are compounded by the battle with her own inner darkness.

Liina’s desire for Hans even brings her to the home of the village witch, who encourages her to kill off her competition. But Liina’s heart is pure, and she’s unable to do the dastardly deed.

Meanwhile, Hans’ obsession drives him to visit the Devil lurking in the forest, offering his soul in exchange for giving life to his kratt. Kratts are crudely constructed creatures made out of spare parts and materials, built to do the bidding of their masters, which usually involves stealing from the other villagers. 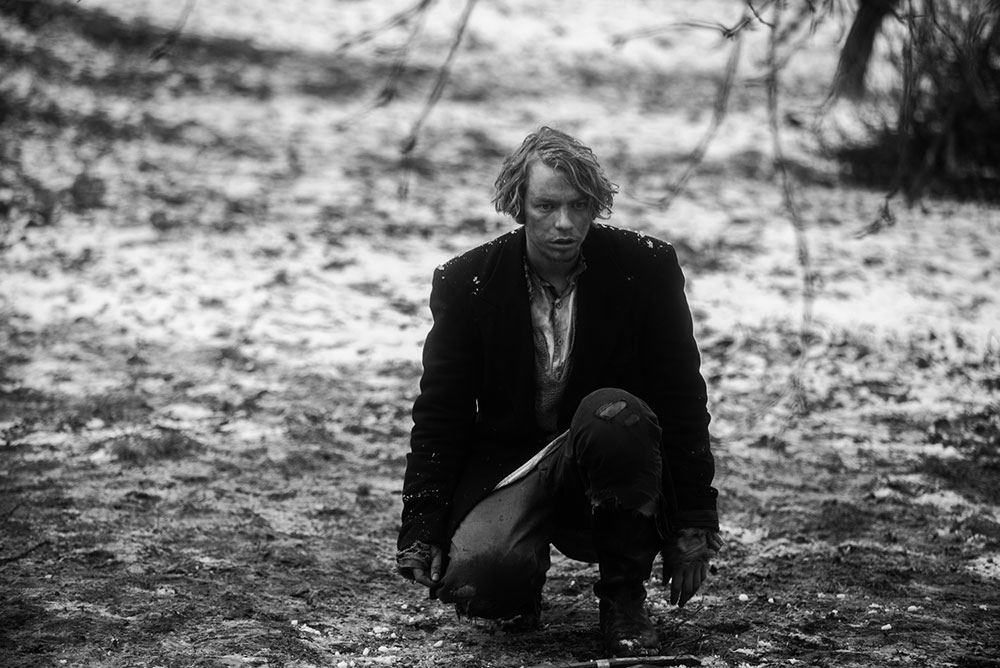 While most kratts are built for labor and mischief, Hans’ kratt — made out of snow — has only one purpose: to help him win the love of the baroness. In contrast to the other nightmarish, scarecrow-like creatures inhabiting the village, Hans’ kratt is a wise and thoughtful poet with a sensitive soul.

The scenes between Hans and his soulful kratt are among the film’s most enchanting and beautiful.

The striking black and white imagery combines with an intentionally off-putting yet strangely intoxicating soundtrack to create a moody and atmospheric film that leaves an indelible impression long after viewing. 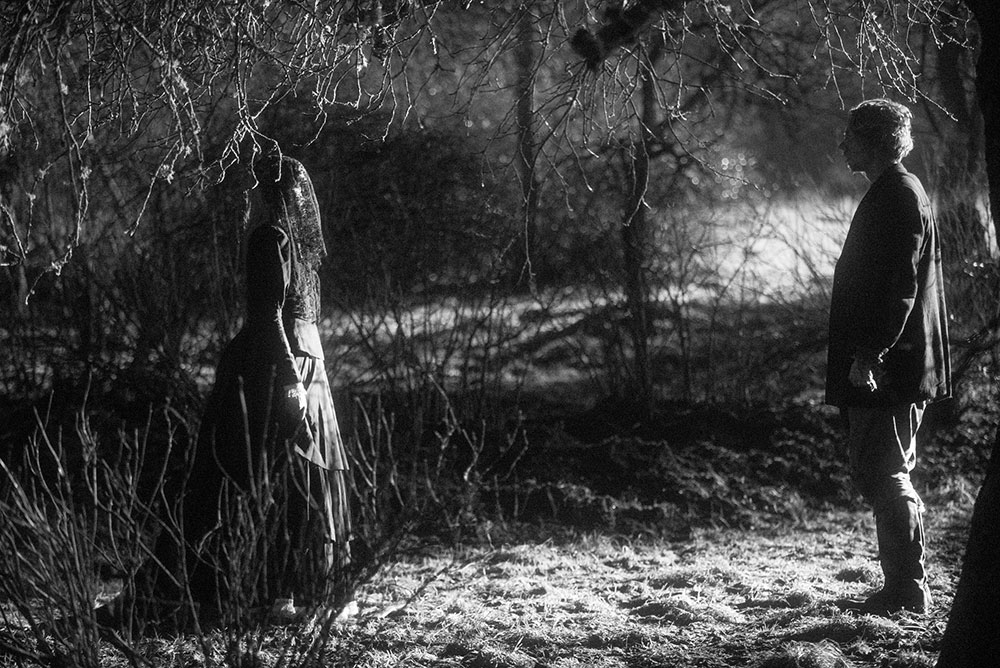 This mesmerizing gothic folk tale is as beautiful as it is strange.

Despite its unusual, often disturbing imagery, this is ultimately a film about the value of a soul. And, despite all the magical and supernatural window dressing, the “soul” of November is entirely and heartbreakingly human. 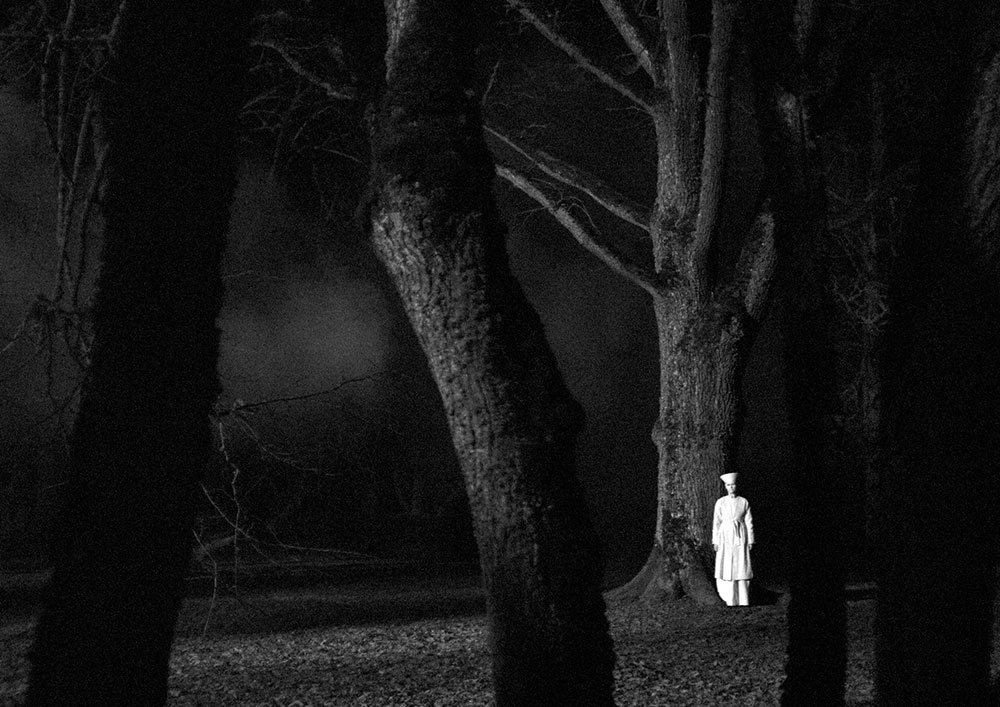 The film opens theatrically in New York City on February 23rd, and in Los Angeles on March 2nd. If you get a chance to see November, specifically in the theater, I urge you to do so.

While extremely odd and decidedly non-mainstream, this is the equivalent of cinematic poetry — a surreal and spellbinding dark fairytale you won’t soon forget.