Buzzing with potential, this low budget creature feature falls flat on delivery — failing to rise to the level of b-movie greatness 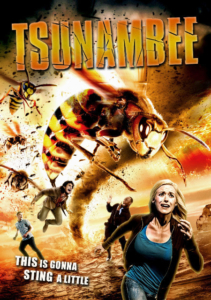 It was hard not to get a little excited when I caught word of the film titled Tsunambee. Being a pretty big fan of the mutant monster/disaster horror film sub-genre, I went in to this with a clear head and high hopes.

Directed by new comer Milko Davis (Raiders of the Damned), Tsunambee stars Stacy Pedersen as the rugged and hardened Sheriff Lindsey Feargo, Ruselis Aumeen Perry as the thugged out gangster JB, and Shale Le Page as the backwoods hillbilly Jesse. When a catastrophe hits Los Angles, three separate groups are thrust together in a painstaking race for survival as they battle an onslaught of giant mutant killer bees.

Tsunambee is like the aftermath of a plane crash draped with bloody cadavers — horrifying to look at, yet you can’t seem to advert your eyes. Right from the beginning, I could tell what kind of film I was getting myself into. Chalked full of potential, this film stung like a can of bug spray to the face.

The cover and title of the film quickly sucks you in, leaving you wondering what happened when the bottom drops out faster than a trap door. This film, to me, takes on the appearance of a collegiate student film that was thrown together to meet a deadline. Lacking passion and artistic influence, ‘Tsunambee’ comes up miles short of a potentially epic adventure.

While there were some parts (very few) that were fun to watch, the style of this film was extremely off putting. From the start, there was an overuse of the shaky camera footage, combined with, in my opinion, way too many close ups and horrid acting. Every character displayed a different accent, including the female gang member, whose accent was so thick I had a hard time understanding what she was saying at times.

There was a strange group of three gang members tossed together, who were the most unlikely trio of inner city gangsters I’ve ever seen on screen. They were wearing yellow shirts and bandanas, signifying their unity, which itself was a laughable sight. There was also a pair of hillbillies who, from what I could tell, were trying to channel their best Deliverance-inspired performances, only to falter and fall flat in the end. 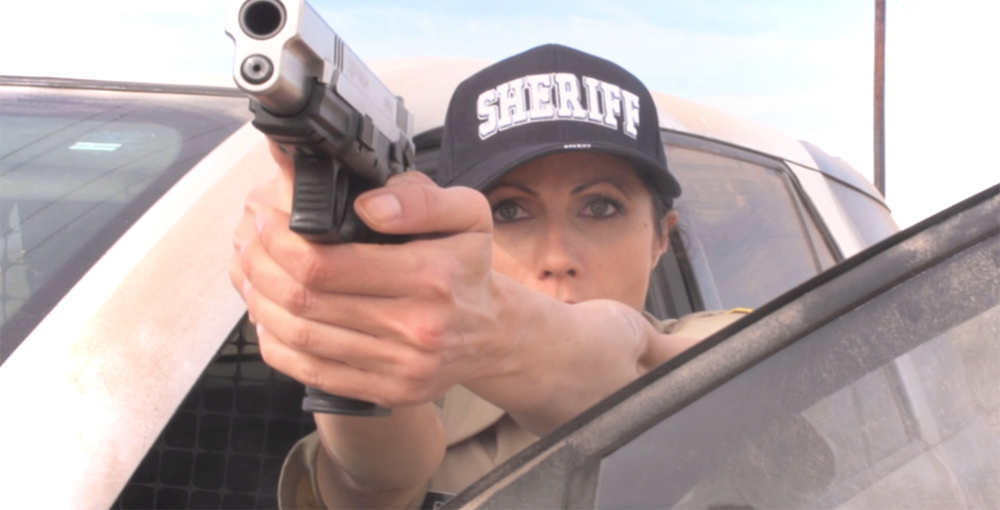 The Sheriff character was unlike any normal law enforcement officer portrayed in other films. It was almost as if the actress never really knew what her character’s motivation was, nor did she believe she was the person she was playing. It was the most rag tag bunch of characters I’ve seen roped together for a film. There was no real lead — although it was clear the Sheriff was supposed to be, given her narration throughout a good portion of the film.

The characters were dull, making it hard for me to attach myself to a hero.

I wanted to root for someone to survive, yet there wasn’t one character I gave a damn about. In fact, as my mind morbidly does when watching most horror films, I found myself rooting for the Tsunambees (even though there is no tsunami) to kill everyone in a spectacular fashion. Also I feel the need to mention that somehow there were zombies in this film, as those who were killed by the giant bees eventually turned into the undead, which was of course left unexplained. 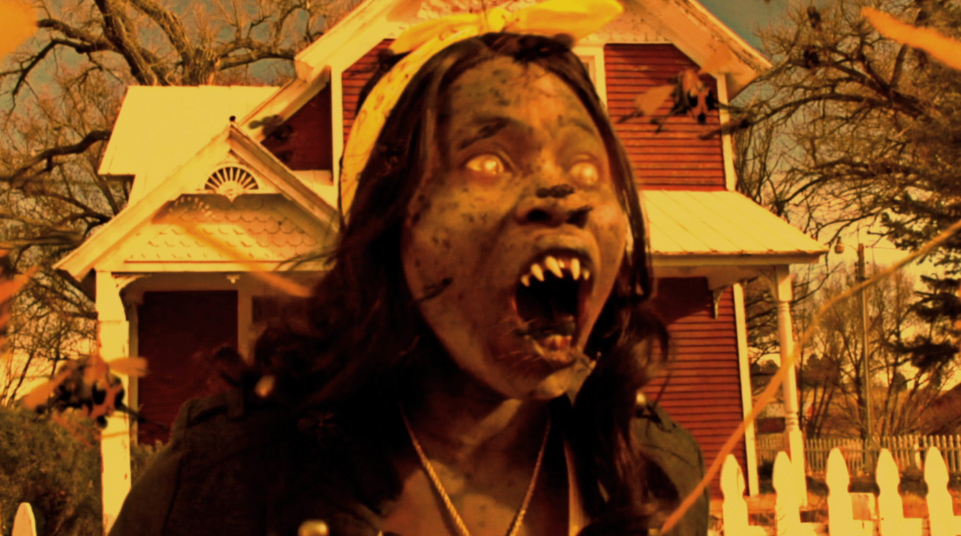 My problem with this film is that I think the production spent too much time and money of the CGI aspect, which came off as blurry and unclear for the most part. You never get a clean look at the football-sized bees, as they appear to be a complete add on too certain scenes. It was as if they spliced together two different films, while trying to make one bulbous product. There was a biblical, apocalyptical, end of days side to the film also, which I felt held the film underwater, never letting it come up for air.

The sound for this was like pulling pins out of your ears as, for the majority of the film, the bees could be heard consistently buzzing about in the background. You could tell the mics were pulled back at times as well, giving it a far off echo. The costumes were minimal, and the sets were uninspired and poorly constructed. The writing was also horrendous, with some lines having no precise place in the dialogue. They seemed to be simply thrown in specifically because someone liked the way they sounded in the script, although sometimes things need to be discarded for the success of the film. 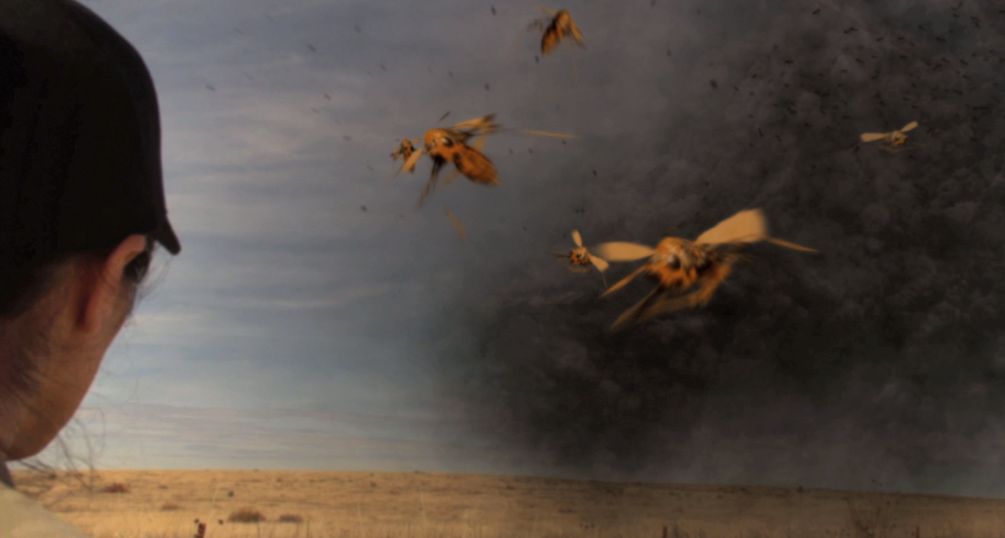 There are easily conflicting views when watching this awful nightmare of a film. One part reads that the film is one big laugh-fest that everyone is in on, while the opposite side conveys a seriousness along the lines of ‘Sharktopus’ (2010), ‘Sharknado’ (2013) or ‘Lavalantula’ (2015). However, for lovers of this specific sub-genre, you will be sorely disappointed as this film does not live up to its potential.

I give this lackadaisical film .5 out of 3 scratches on the monster rating scale, only because of its untapped potential.

So if you’re a diehard horror nerd like myself who just loves to watch horrible Z-grade or giant mutant bug films, give this a watch. However, if you don’t fall into those categories, do yourself a favor and stay away from this one — as you are sure to be disappointed at the film’s lack of attention to details.