With a stellar cast, great writing, and a clever concept, Josh Ruben’s endearing “Werewolves Within” is horror-comedy done right. 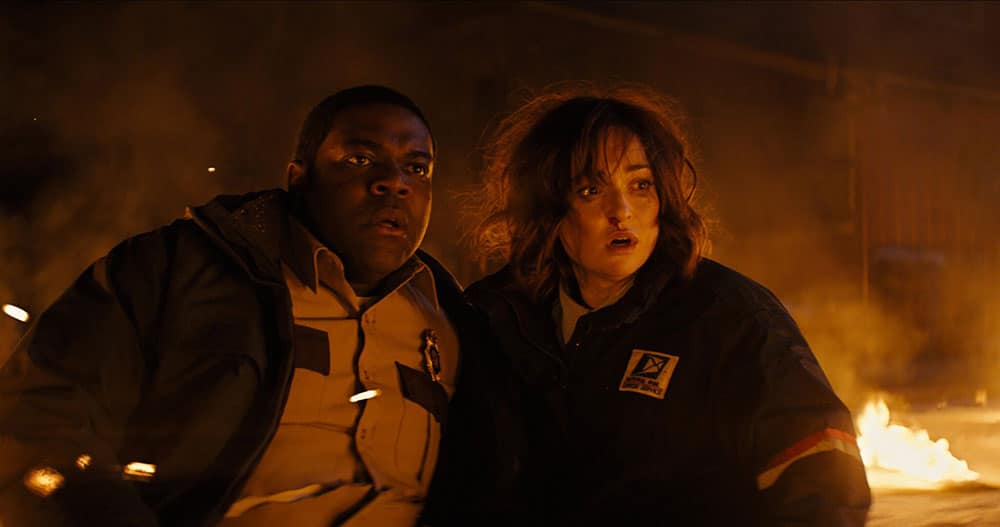 There is no niche film genre as underappreciated as horror comedies. While a handful of these films become enduring classics (Young Frankenstein, Army of Darkness, and Slither, to name a few), the movie industry generally seems confused on how to process them.

“It’s scary but funny? Gory yet hilarious? How does this make any sense? Somebody must have made a mistake. They don’t know how tone is supposed to work.”

That’s the type of criticism you may hear from film critics reviewing a horror comedy, and this criticism is often reflective of a critic’s own confusion regarding the film. It’s true that these kinds of films can be very hard to pull off, and it’s not always easy to strike the balance between two very different tones. However, when done right, these are often the very types of films that find a permanent place among the pantheon of genre greats.

So many of these films are being reexamined years after their initial critical and commercial failings; the recent clout Jennifer’s Body has obtained on social media is a shining example of this. As a fan of these films, I can’t help but smile at the recent success of Josh Ruben’s sophomore effort Werewolves Within.

A small-town dramedy first and a thriller second, this indie flick is a delightful comedy with claws that truly has something for everybody. 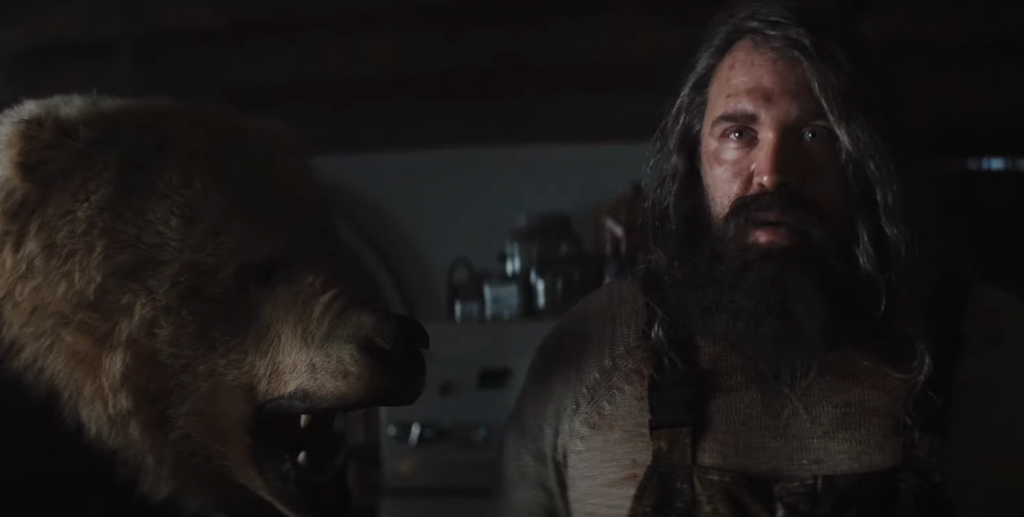 Very loosely based on the Ubisoft video game of the same name, Werewolves Within is about a forest ranger named Finn (played by a charming and relatable Sam Richardson) who moves to a small town called Beaverfield, a quaint community filled with both likable and unlikeable weirdos.

Immediately finding some chemistry with mail carrier Cecily (the adorable Milana Vayntrub, whom you’ll recognize as the AT&T saleswoman as well as Squirrel Girl from the Marvel cartoons), Finn begins to acclimate to his new surroundings fairly well.

Then, of course, somebody turns up dead, the apparent victim of an animal attack. The murder puts the eccentric townsfolk on edge and slowly but surely, they begin to realize this may be something supernatural.

What makes the whole thing work so well is seeing these strange bunch of characters bicker amongst each other.

The hilarity of their situation is the film’s heart, and the film benefits a great deal from not trying too hard to be scary or gory.

There are some jump scares, but it’s always at the appropriate moment and always compliments the humor.

Now the question of how it works as a video game adaptation needs to be addressed because, in my opinion, what makes this one work so well is that it isn’t desperately trying to replicate aspects of the game.

This is a folly that causes most video game movies to fall apart (i.e., Mortal Kombat and Doom). Using the central concept of figuring out who among a group of people is actually a monster in disguise, the film adeptly illustrates that everybody is a monster in disguise, capable of being awful or even evil purely out of selfishness or apathy.

In fact, there comes a point where you’re not even focused on who the werewolf could be. You’re simply in awe that just about everybody in the cast is arrogant as can be and doesn’t seem to understand the morality of the situation. Everybody in town has their own worries and agendas, and they simply get lost in their selfish pursuits.

The ongoing conflict is even further exacerbated by a soon-to-be-built pipeline that will change how commerce in the town works.

Finn, however, reminds us that altruism is important, and you should never let anybody give you shit for trying to be a good person. 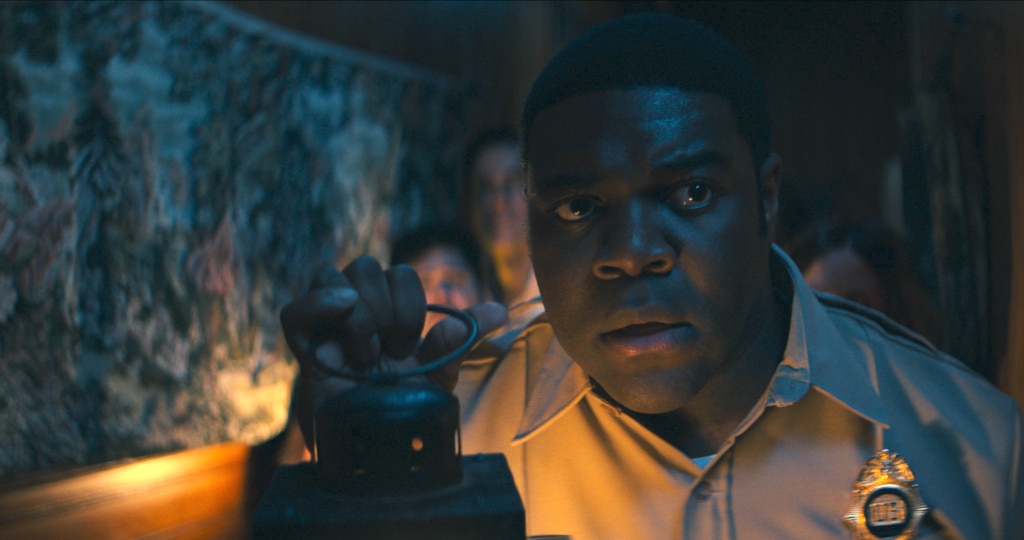 Is it impractical to be nice to everybody? Probably. Does it make you weak? Maybe. But compared to the shit you see assholes do and get away with on a daily basis, being a helpful hand and a nice soul is always a preferable alternative to being a douchebag.

This is the title’s true meaning: everybody really sucks at ignoring their rude impulses. The werewolf within always wins.

It’s a surprisingly wholesome theme for this funny little whodunit.

(Make no mistake, there is an actual werewolf in town, whom I totally guessed right. Somebody hit up Josh Ruben and ask him if I win a prize.)

Coming off the awesome Scare Me, which was my favorite indie movie from last year, it’s so great to Ruben’s streak continue with this off-beat werewolf tale. 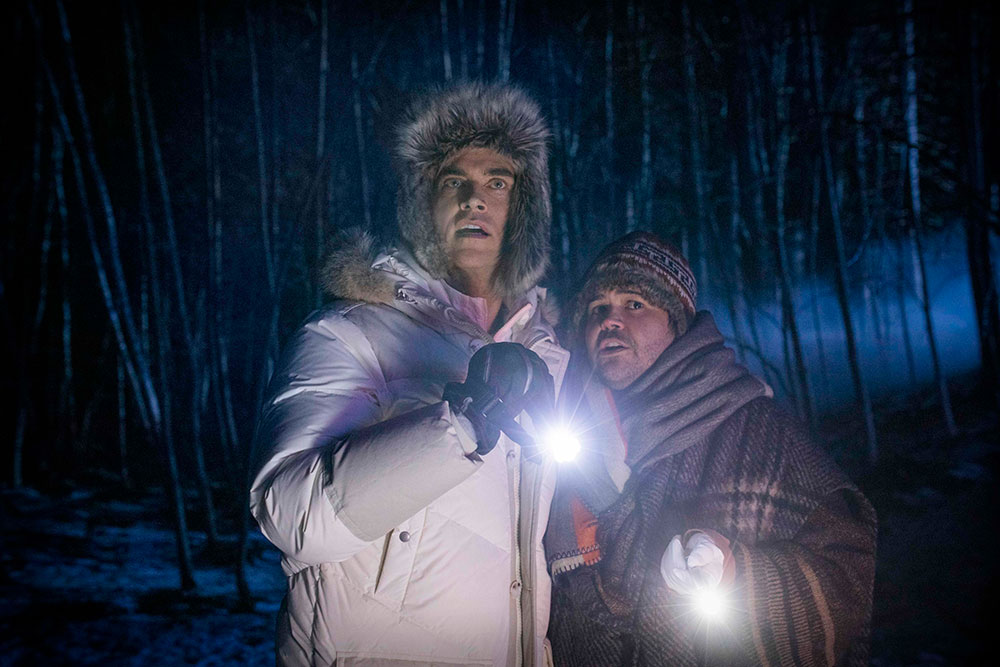 As a werewolf fan myself, it checks every box you expect from this kind of story: paranoia, great characters, small-town drama, and a very cool transformation sequence with a fantastic wolf design (to the point where I was a little sad that the actual wolf wasn’t it more).

The supporting cast absolutely kills it (WHAT WE DO IN THE SHADOWS’ Harvey Guillen, I’m lookin’ at you. How you so funny?), the direction and timing are on point, and the script is fantastic. It hits every beat you’d want from a silly comedy and a straight horror, although gorehounds may want to look elsewhere.

Some horror fans or just general audience members may find it a little too slow for their tastes, but I assure you it’s totally enjoyable if you give it chance. Let the werewolf renaissance continue… because fuck, I am bored of vampires.

Overall Rating (Out of 5 Butterflies): 4
STREAM IT NOW
You can rent Werewolves Within on a variety of VOD platforms, including Apple iTunes, Google Play Movies, Vudu, Amazon Video, and YouTube. And if you haven’t yet seen Ruben’s feature film directorial debut, Scare Me, you can watch it now for free on Shudder. It’s a can’t-miss indie horror treat and a shining example of Ruben’s tremendous skill in the area of the notoriously hard-to-nail horror-comedy.