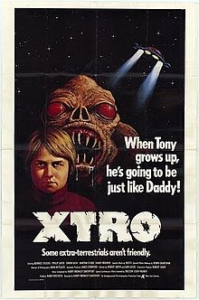 By 1982, Ridley Scott’s Alien had already invaded movie theaters throughout the country and terrified kids and adults like through its ubiquitous availability on videocassette.

But if one were to peer closely at the video shelf during that time period, another alien picture might have caught the eye as well — one that is not nearly as masterful as Alien, but one that still maintains a surreal and almost hypnotic power over the viewer: the British sci-fi film Xtro, directed by Harry Bromley Davenport and starring Bernice Stegers, Phillip Sayer, and Simon Nash. 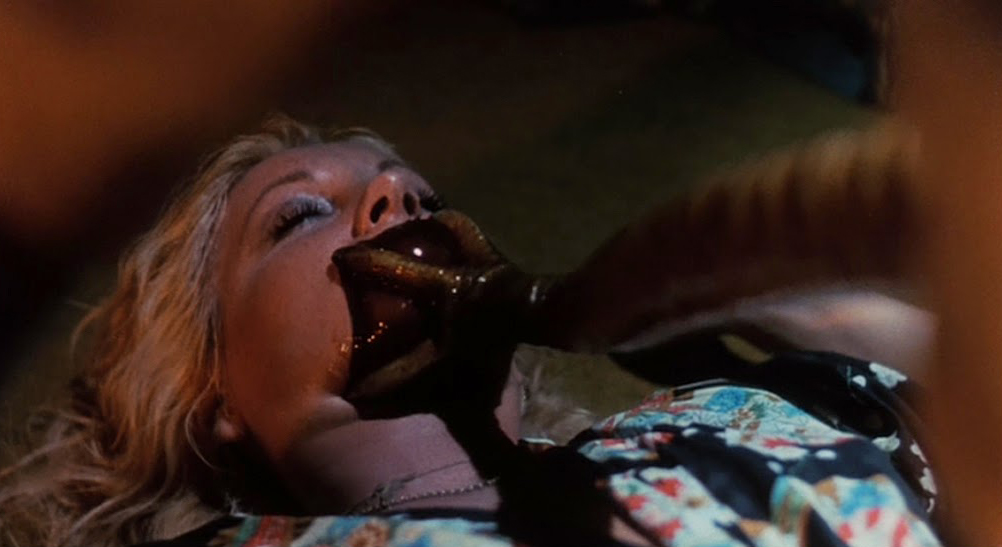 The movie, which tells the strange story of an alien abduction and the horrific impact upon one British family, features a number of ghastly scenes and practical effects that make even its weaker moments worth watching.

Right from the beginning, Xtro remains determined to be different, a fact that sets the film apart and gives it an enduring appeal. A father is abducted by a bright light while playing with his young son outdoors; years later, a monstrous alien creature impregnates a woman who soon gives hideous birth to the father from the opening scene. The lovemaking and birth scenes are freakishly morbid and bizarre, a creepy cocktail of perverse sexuality and straight-up alien bloodshed and horror. 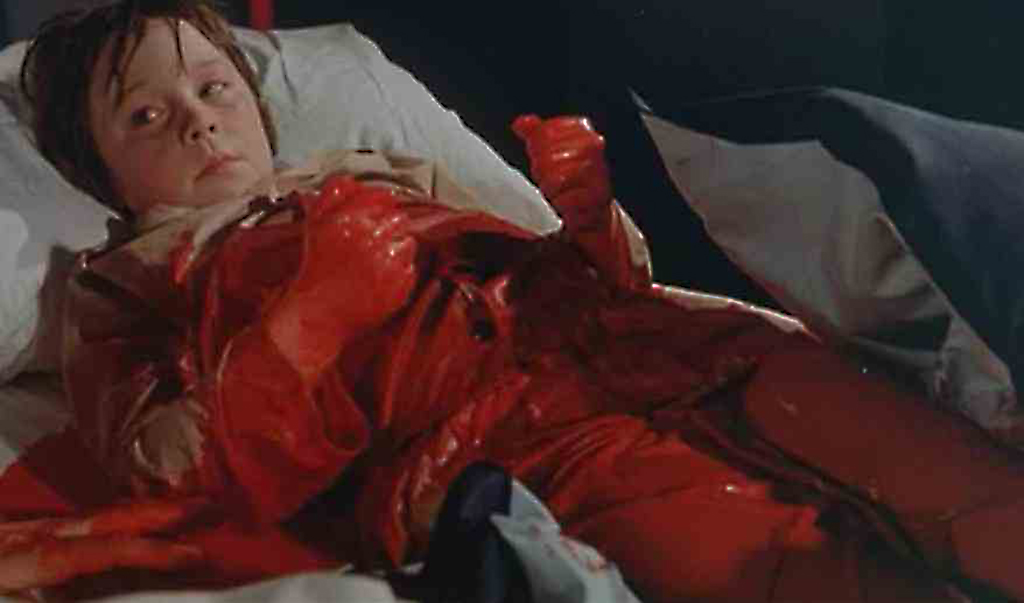 The father, who has no memory of his traumatic experiences, returns to his family — and from there, Xtro grows increasingly weird, including scenes involving sex, snake eggs, blood-drinking, toys that grow in size and come alive, murderous animals, and awful nightmares.

There are some scenes between the “new” father and his son that, even today, would appear transgressive and controversial. Davenport and Michel Perry, who composed the story behind the film, certainly had no qualms about placing a fictional child character in graphic and deviant scenarios.

Like many films of the 1980s, Xtro also features a surprise ending that suggests that the alien life form will survive and that it intends to multiply. In these final scenes, the practical effects have a grimy, almost dirty appeal; in fact, the entire movie seems infused with a certain filth. 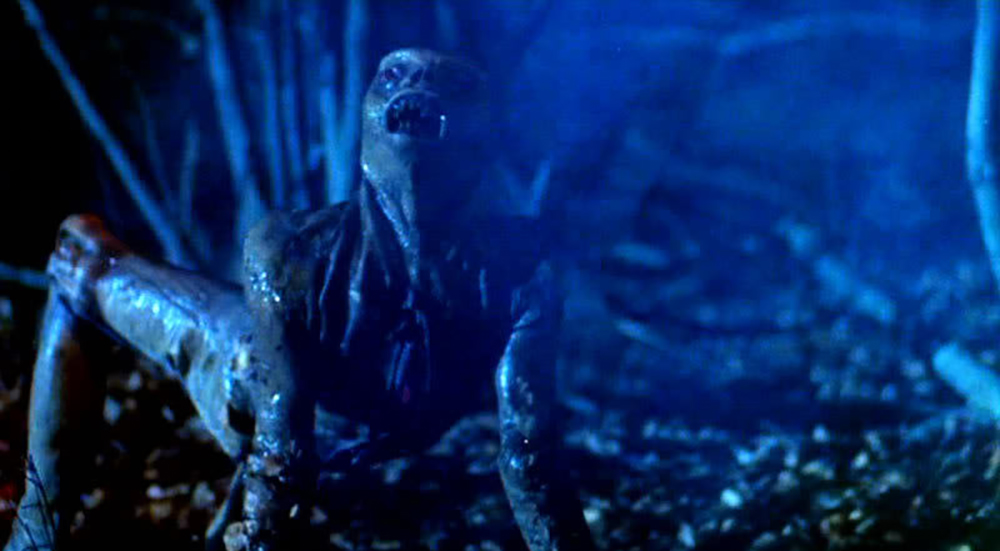 The alien creature is not “cool looking” or designed with any particular grace — rather, it’s an ugly, drooling mess, and the sub-par effects (by today’s standards) actually contribute to the feeling of uncleanliness and terror.

On a note of trivia, a popular meme that shows a four-legged creature at the side of the road is actually a still shot taken from one of the opening scenes of Xtro. In this way, Davenport’s film has cemented its legacy on the horror culture of today; it’s just unfortunate that many people probably don’t know the origins of the meme. 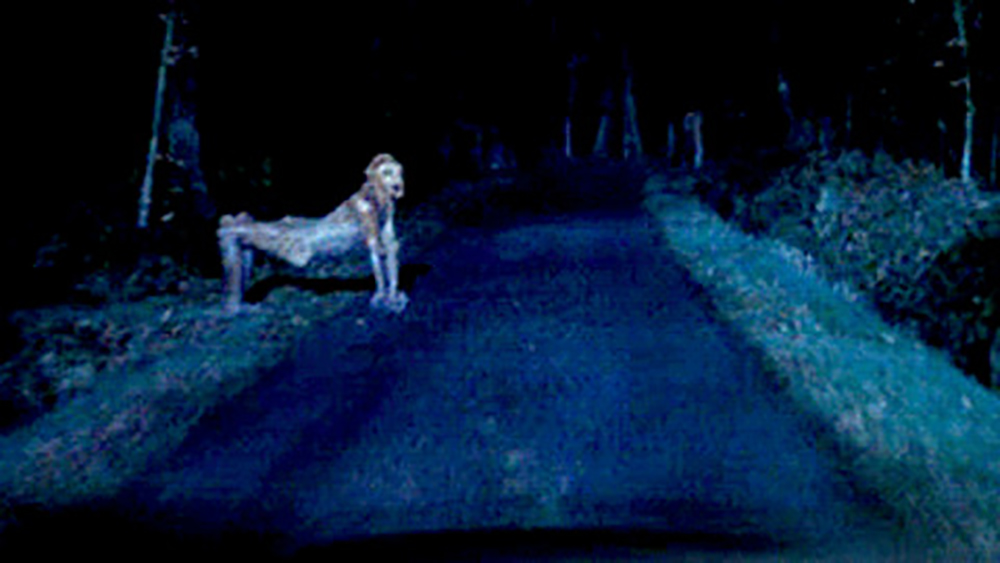 Years ago, the cult film Xtro sat alone on the video-store shelf, hiding in the shadows that Close Encounters of the Third Kind, Alien, or even E.T. left behind.

But despite the film’s flaws — including some less than thrilling acting and cringe-worthy overdubs — the picture is guaranteed to shock and surprise even the most desensitized horror fans of today.