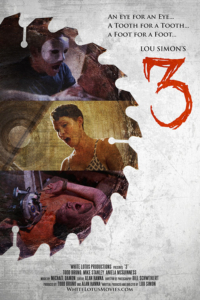 It feels odd to say I’m a fan of revenge movies, and the many harsh and brutal sub-genres that sprout from them, but I don’t know how else to say it. I’m fascinated with the morality and ethics behind revenge, and the high cost that comes with it.  Revenge horror films can be exciting and ultra-violent meditations on the dangers of seeking the eye of the one who robbed you of your own eye.

3 is a revenge horror, with a twist. Simon makes brilliant use of a limited budget by keeping the action contained almost entirely to a single location and focusing on three main characters — a man (known only as HE, played by Todd Bruno), a woman (known only as SHE, played by Aniela McGuinness), and their captive (referred to as IT, played by Mike Stanley). 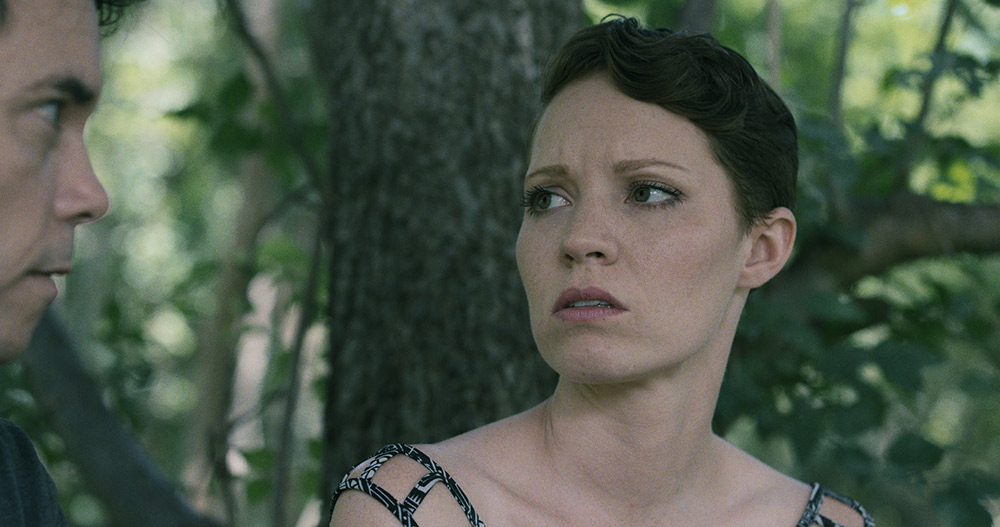 The story revolves around an attempt by a man and a woman to kidnap a man they suspect of a terrible crime, and forcing him to confess on camera through any means necessary. The kidnap victim is referred to as IT throughout the film, in the couple’s effort to de-humanize him and make their actions more palpable. But the nature of both the crime and the punishment forces the viewer to question his or her own views on morality and justice.

Beautifully shot and acted, 3 ventures into somewhat unexplored territory by making the reason for revenge — indeed the actual seeker of revenge, and the eventual answers — somewhat of a mystery. There is a wonderfully fresh ambiguity to the two main characters (the avengers).  The camera lingers a little bit too long on faces sometimes, which, in cinematic language, makes us question who is being genuine. It is obvious that the filmmakers truly understand psychological tension, and how to effectively portray it on the screen. 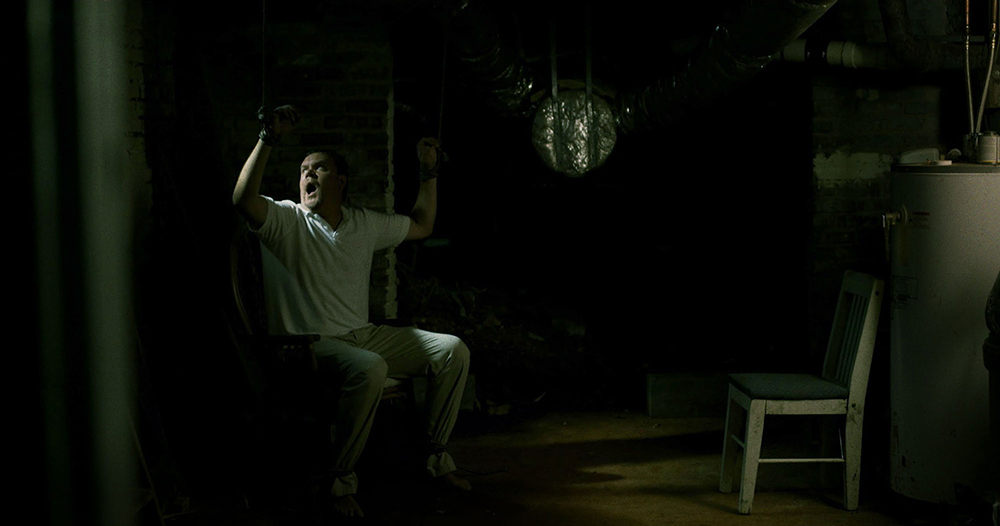 3 is an emotionally-charged chamber piece, and a great example of slow-burn horror.

As we watch, we are constantly reminded that all is not what it seems, and something terrible is going to happen at the end. Every conflict and confrontation between the three characters throws a few more droplets of gas on the fire, makes our suspicions grow, and trust in the victims falter. The story of how the two avengers met isn’t very clear, except that they both suffered extreme trauma, met in some kind of group therapy, bonded, and are now carrying their psychological recovery to the next level. But are there secrets between them?  Hidden agendas?  Are there secrets kept from us, the trusting and sincere viewer willing to join them on their journey? 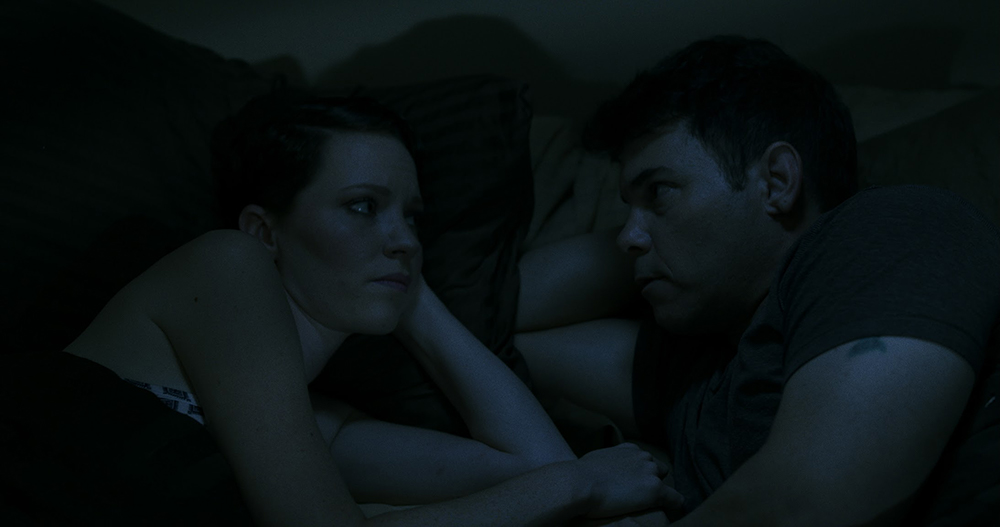 Following the characters down that road of unease, without the safety of brakes or a map, is the reason why the story unravels they way it does. I admire this film very much for not being predictable or eager to spoon-feed us, but still managing to give us a shocking, mind-fuck of an ending.

I know I have not given much of an explanation here, but the less you know, the more you will enjoy it. Enjoy the slow burn. Torture, vengeance, melodrama, and PTSD come together in this film to make a refreshingly new and unique horror experience. 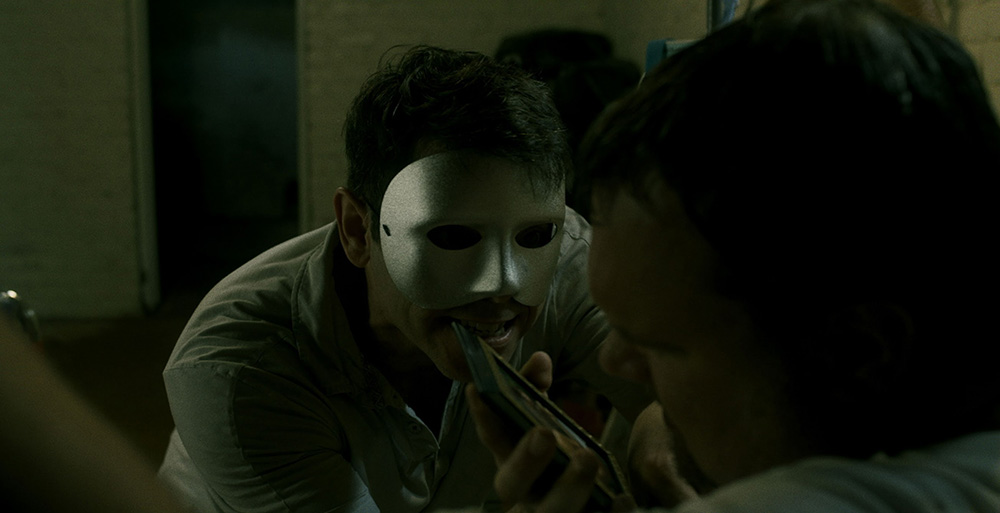 3 is currently traveling the festival circuit. For more information about Lou Simon’s “3” and to learn when and where you can catch a screening, please visit the following links: