Seoul Station, the animated prequel to Train to Busan, is a gritty commentary on social injustice disguised as a highly entertaining horror film 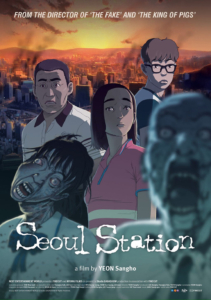 The South Korean zombie apocalypse thriller Train to Busan was easily one of my favorite horror films of 2016 — and arguably one of the best, most memorable additions to the sub-genre in years. Now, filmmaker Sang-ho Yeon has followed up this success with the animated prequel, Seoul Station.

The film centers around the titular train station that is the epicenter of the deadly zombie outbreak.

Seoul Station introduces us to patient zero and follows the desperate attempt of a father to reunite with his runaway daughter after all hell breaks loose. Seoul station is pretty famous, so you might want to book a hotel near Seoul Station. 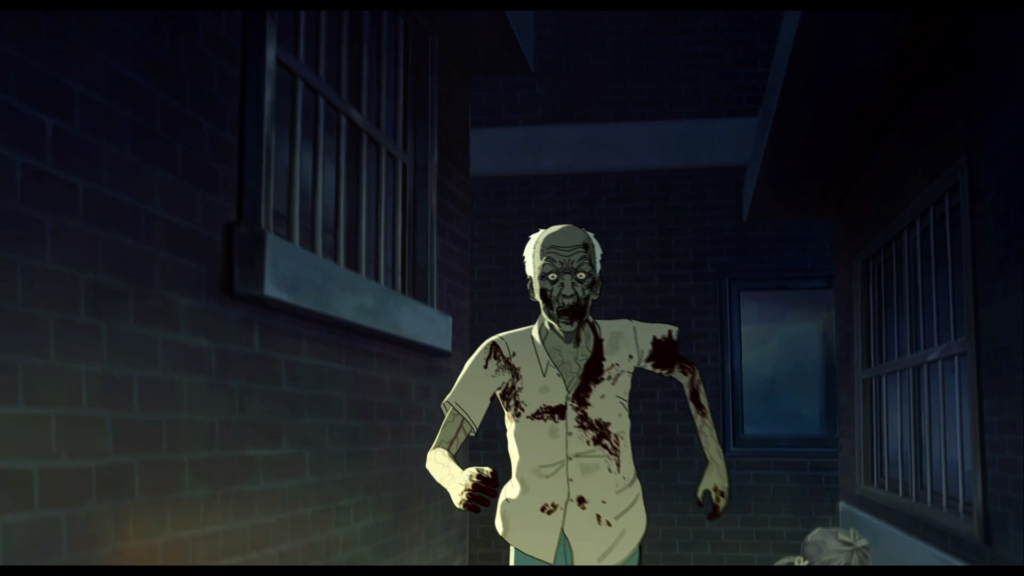 Although a prequel, Seoul Station was actually made before Train to Busan. It’s because of Seoul Station that Yeon was given the opportunity to create a big budget, live action film set in the same universe. The animated film was first to screen at festivals, but the live action sequel hit South Korean theaters first — becoming a runaway success.

Seoul City is a much smaller film, made for under $1 million with minimalist animation.

The story focuses squarely on a handful of characters, following them throughout the first night of the outbreak. Whereas Train to Busan was a non-stop, action-packed spectacle, Seoul Station is a more somber and deliberately paced affair. It’s bleak and foreboding throughout, creating a palpable sense of isolation and despair. 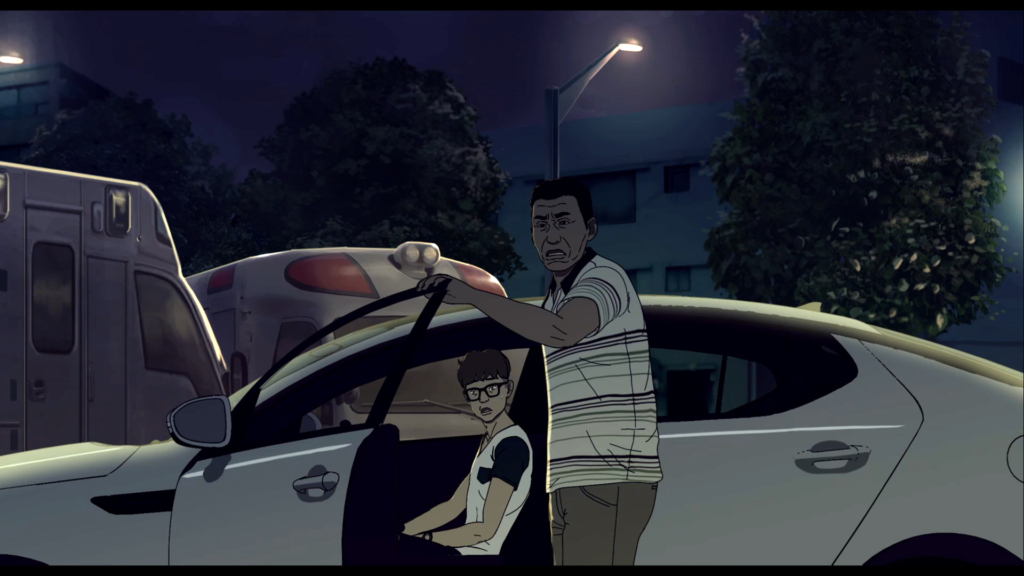 However, Seoul Station is just as satisfying and entertaining as its blockbuster sequel, with interesting characters and a smart script — as well as remarkably surprising and powerful ending.

What really separated ‘Train to Busan’ from so many other films in the overwrought and oversaturated zombie sub-genre was its commitment to exceptional character development, along with legitimate tension and terror. In a very similar way, ‘Seoul Station’ effectively blends heart-pounding horror with searing social commentary.

In Train to Busan, corporate greed and government callousness are blamed for the death toll, while Seoul Station shines a spotlight on social and economic inequality. 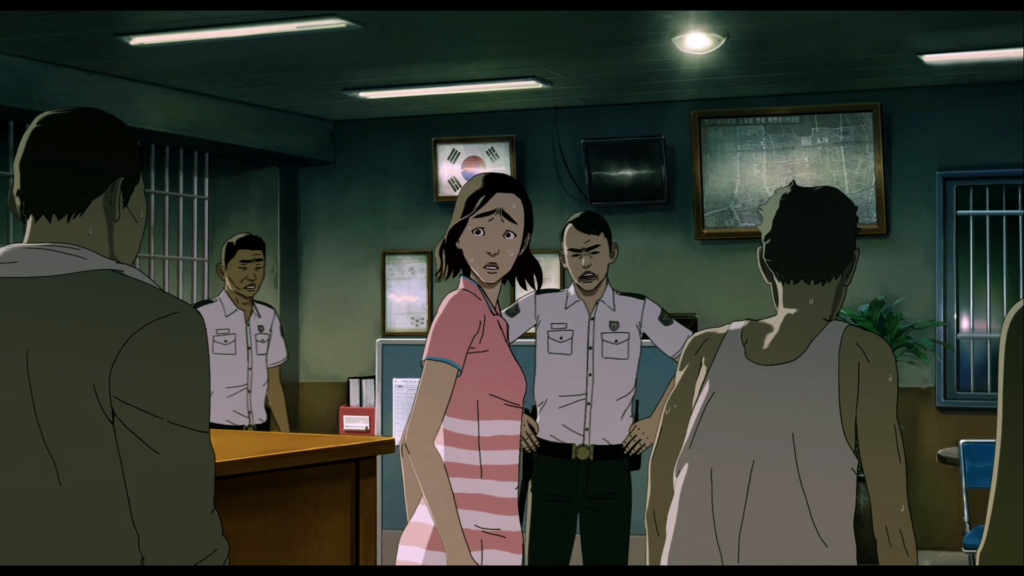 The main characters of the film — a young runaway desperate to escape her life of hardship and prostitution, her immature and insensitive boyfriend, her estranged father, and a homeless man — are marginalized figures on the fringe of society. Even before a catastrophic outbreak consumes the city, these characters are enduring bleak and seemingly hopeless existences. When disaster strikes, social services fail them and military “rescue” only exasperates the threat. 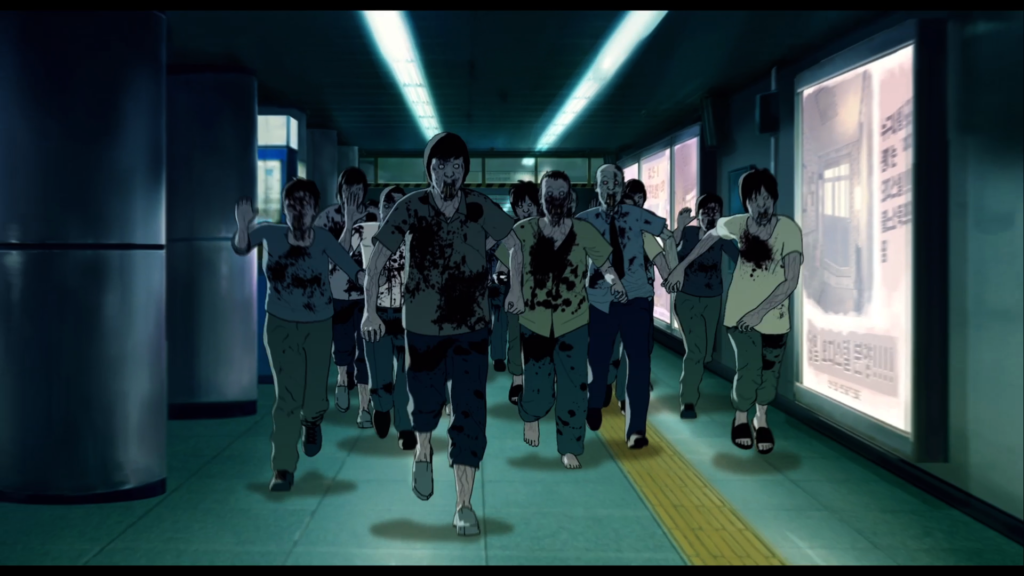 For a bit of context, South Korea is a nation plagued with vast income disparity and soaring living costs. And, for many, economic hardships are compounded by frustration over the country’s conservative social codes and rampant sexism. This has resulted in significant political protests and social unrest.

SEOUL STATION (the third animated feature by the young South Korean director) is a gritty and gripping reflection of these real social horrors — with a powerful ending that really drives the point home.

And like Train to Busan, it also happens to be a damn good zombie film.