We get a sneak peek at Mycho Entertainment’s newest film “CleaverS” and you definitely don’t want to miss this practical gore-filled slasher gem. 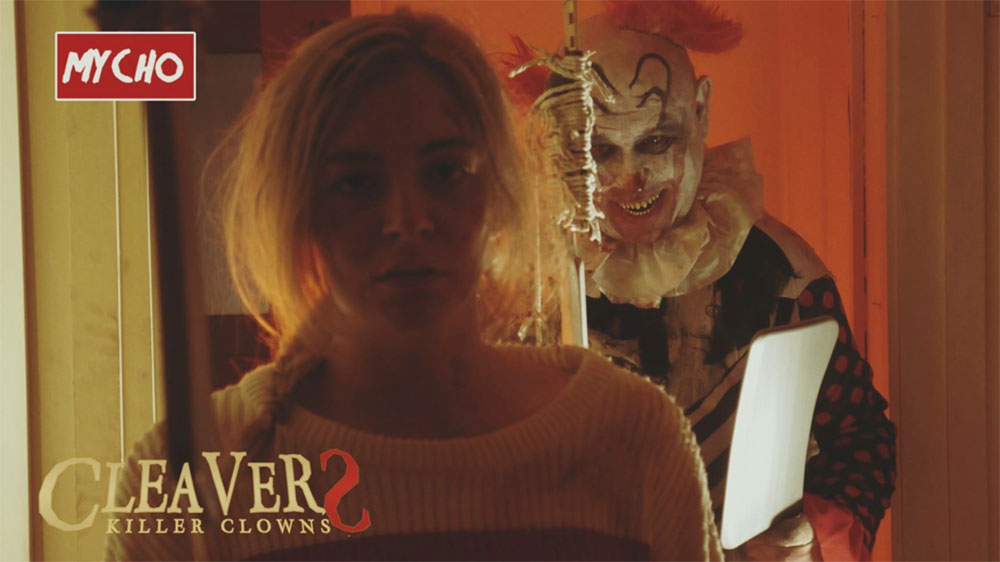 “Mind your head.” Cleaver is back! And this time he’s brought family!

The Mycho Entertainment Group is back with their newest film, the 2019 indie horror, CleaverS: Killer Clowns. It’s their eighth overall feature since they hit the ground running back in 2012 with the success of their original smash hit, Slasher House.

If you aren’t tuned into the Mychoverse yet, then you have no idea what you’re missing out on.

CleaverS: Killer Clowns is written and directed by MJ Dixon. The film is produced by Anna Dixon. It stars Georgie Smibert, Gemma Louise Troughton, Jessica Michelle Smith, Jimmi James, Holly-Anne Dodkins and Paul Rogers as Cleaver the killer clown. The 2019 sequel to the 2015 low budget masterpiece Cleaver: Rise of the Killer Clown, picks up directly where the original left off. 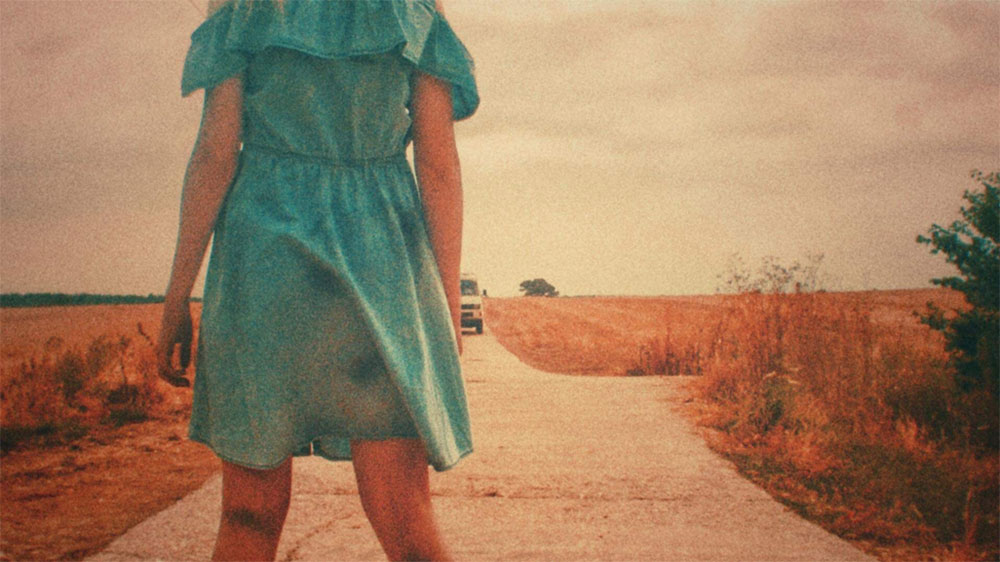 Carlton Layton, aka Cleaver the Killer Clown (Rogers), has escaped and is on the run. He’s kidnapped his daughter and taken her hostage. Sheriff Hatcher (James) and Deputy Howells (Smibert) are hot on his trail, but when the killer clown kidnaps the sheriff and disappears, Howells begins a five year quest to find the escaped killer and missing Sheriff. However, as the saying goes, when it comes to family, blood is thicker than water.

‘CleaverS: Killer Clowns’ is one hell of a fun ride. It contains some really exquisite low budget practical gore, along with a killer soundtrack, awesome characters, and some Mycho’s best film dialogue to date. While it does have a few surface flaws, it has killer clowns and tons of blood. What the fuck else do you want?

The character of Cleaver was originally played by Andrew Greenwood in Slasher House, and the killer clown’s original standalone film, Cleaver: Rise of the Killer Clown. However, in CleaverS, actor Paul Rogers took over the role of serial killer Carlton Layton, delivering a firm performance of his first go round as the character. You couldn’t have asked for a better replacement. Mycho and Greenwood were forced to part ways due to circumstances beyond their control, but Rogers did a stellar job taking over the role. It’s always a tough task to fill the shoes of a previously solidified character in film. 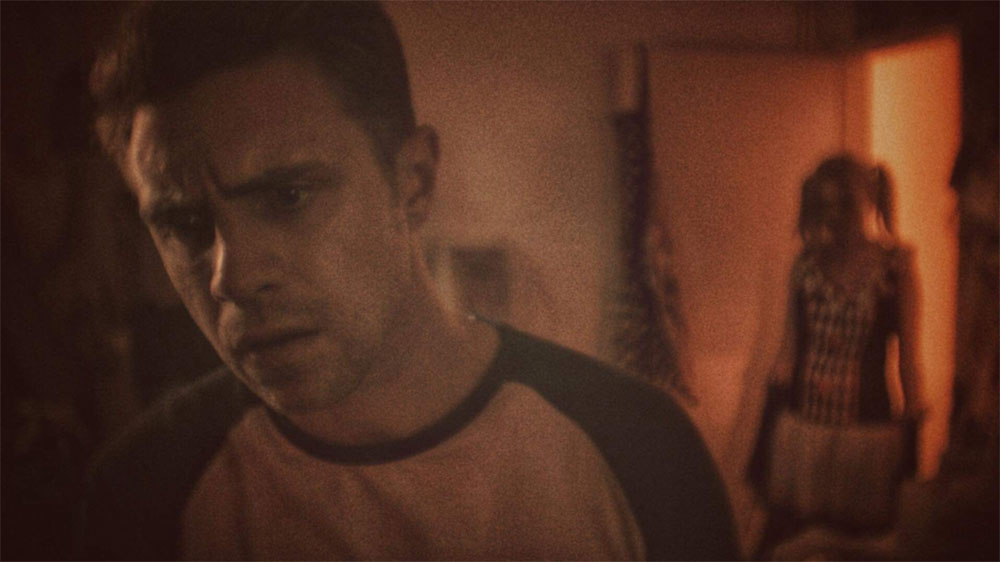 The film takes place on Halloween and the few days leading up to it. While it has traces of inspiration taken from the original 1978 Carpenter classic, CleaverS: Killer Clowns is essentially a blood soaked 70’s love letter to the legendary 1974 Tobe Hooper classic, The Texas Chainsaw Massacre.

There are a basket full of subtle and beautifully placed TCM nods and Easter eggs throughout the film. The cinematography is awe-inspiring and let’s face it, the camerawork is the best in the genre. The angles are the best around and show not only that Mycho has passion, but that they possess natural talent.

The thing about CleaverS is that while the first film Cleaver: Rise of the Killer Clown was heavily influenced and a dedicated homage to the original 1978 John Carpenter classic, Halloween, the sequel is a straight out homage to the 1974 Texas Chainsaw Massacre —  which is an absolutely brilliant concept all in its own right. It leaves fans wondering what film it could possibly take inspiration from next. 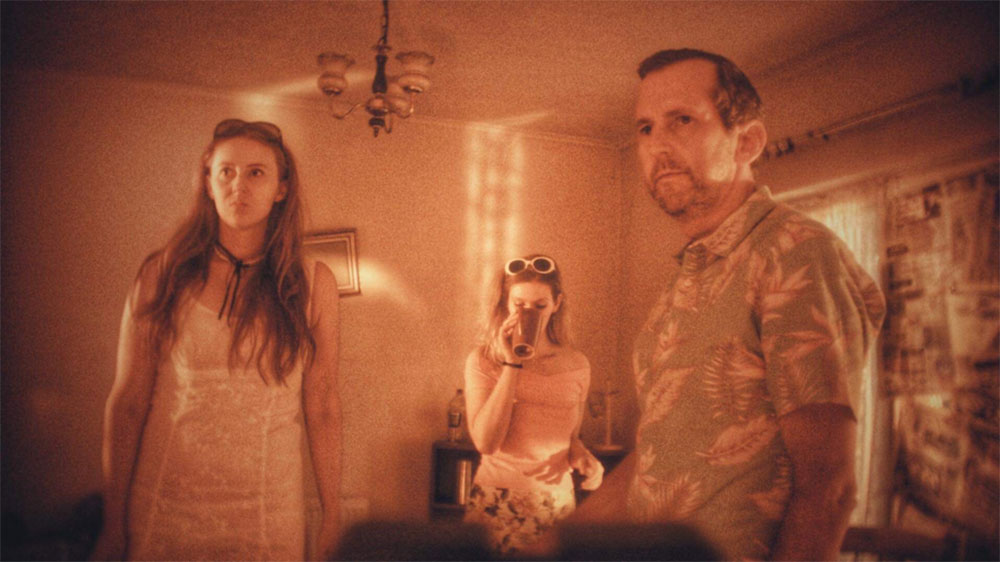 The film is visually attractive and looks great overall. There were a few shots that have a slight blur to them, however they’re easy to overlook in light of how fun the film is. The dialogue is phenomenal and the best Mycho has produced yet. The dialogue between characters seemed to flow gracefully, and nearly every line hit its intended target.

That combined with some fabulous acting makes for Mycho’s funnest and most entertaining film in their collection so far.

There was some really exceptional acting in this film. Jessica Michelle Smith was extremely convincing as the unstable and severely fractured, drug addicted Tanya Harvey. Despite all of her character faults, you couldn’t help but root for her. Matthew Baunsgard played the dad of the family, Larry Harvey, and really held it down. He brought a realness to the film and added a believable quality to the family. The two actors were thoroughly enjoyable to watch.

Another flawless acting job came from Holly-Anne Dodkins as Mary Beth, aka Little Miss Cleaver, the daughter of Carlton Layton. She was eloquent and seriously frightening. She pieced in perfectly alongside Rogers as the deranged psychotic daughter of Cleaver the killer clown. She gave a performance that’s bound to cause some nightmares amongst viewers. 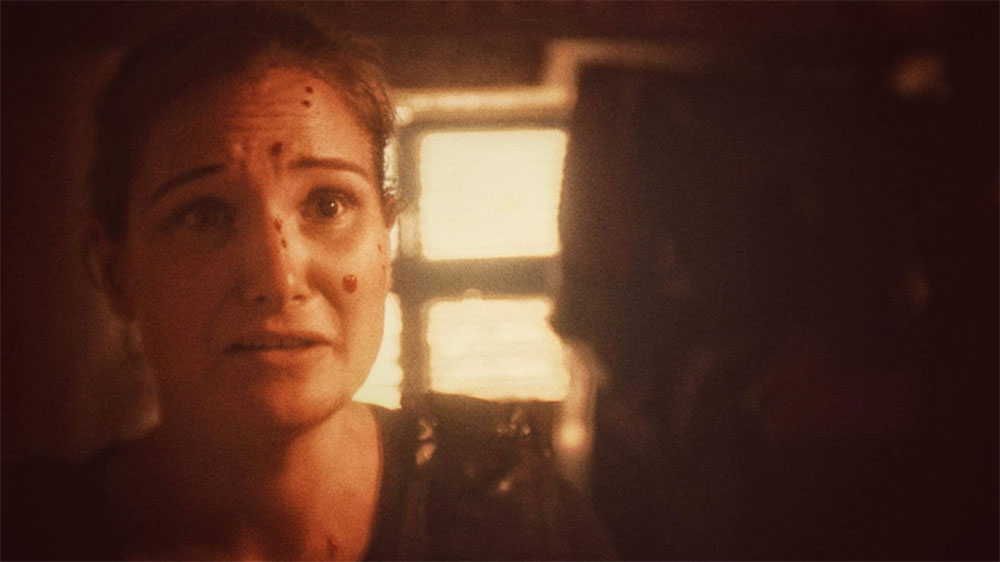 The best acting though, came from the main protagonist in the film, actress Georgie Smibert as Sheriff Jodi-Ann Howells. This was Smibert’s breakout role, proving that she has what it takes to compete with the best of them. The dramatic scenes and her deliverance of the monologue/dialogue really thrust her into the spotlight. It was a strong, powerful, award worthy performance, definitely deserving recognition.

The costumes were scary and badass, and the make-up was great as per usual. The soundtrack was amazing and helped set the mood, however the sound mixing could have been a slice better. It seemed a little scattered, some scenes louder than other, or vice versa. Once again though, it’s easy to skim over due to how fun the film is.

The practical gore in CleaverS was basically on another level. There were body parts, severed heads and buckets of blood. Throw in the Texas Chainsaw Massacre vibe and you have the perfect mix of horror. 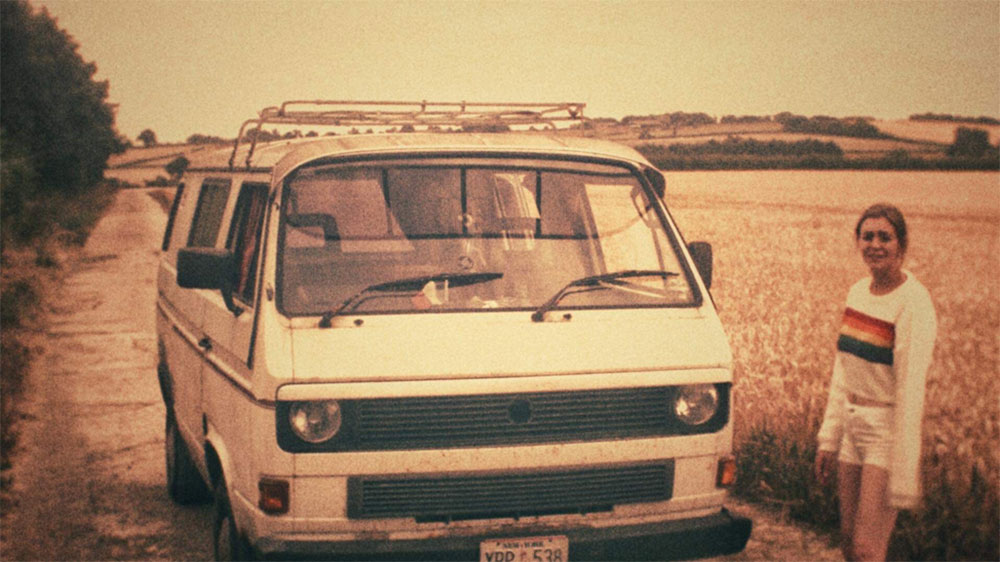 The film contains some of best low budget practical gore in the business.

There were a few areas that could use some improvement. For instance, it felt like Cleaver had too many lines, considering the character’s lack thereof in the first film. To go from one extreme to the next, and with a new actor taking over the lead role of the antagonist, may be a little hard for fans to swallow. However, they’re all very minor issues and take nothing away from the finished product.

I give this film 2 out of 3 scratches for its entertainment value and elevated acting.

Overall, CleaverS is violent, gory, and just plain fucked up. It’s a Halloween classic. It’s dark and scary as hell. So, you’re searching for some amazing practical gore or the most brutal modern day slashers, look no further. The Mycho Entertainment Group has you covered.

You can pre-order your copies of Mycho’s two newest films, CleaverS: Killer Clowns and Bannister DollHouse, at https://mycho.weebly.com.