“The Lodge” may not break any new genre ground, but it’s exceptionally made, wonderfully atmospheric and suspenseful, and well worth visiting. 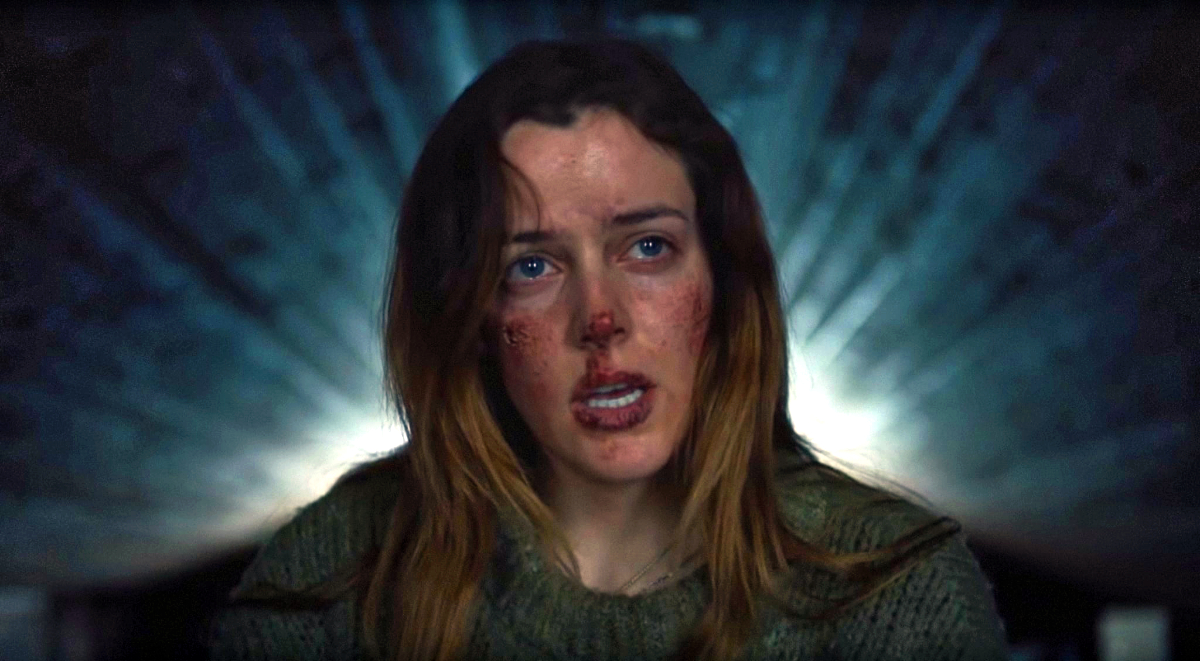 If you were a fan of the 2014 masterpiece Goodnight Mommy, it would make sense that 2019’s The Lodge would be somewhere on your horror watchlist. It’s brought to you by the same Austrian power duo, Veronika Franz and her nephew Severin Fiala, and it promises to deliver the same nail-biting chills and sublime storytelling – but this time, in English.

Also featured are music by Danny Bensi and Saunder Jurriaans, as well as cinematography by Thimios Bakatakis. The Lodge stars Riley Keough (The House That Jack Built) in the lead role, as well as young actors Jaeden Martell and Lia McHugh in supporting roles.

The storyline of The Lodge follows a suicide cult-survivor, Grace Marshall (Keough). She’s engaged to be married to Richard Hall (Richard Armitage), a man she met when he was researching extremist Christian cults for a book. Richard is separated from his wife Laura (Alicia Silverstone), with whom he has two children, Aidan and Mia (played by Martell and McHugh respectively). When Laura finds out about Richard’s plans to marry Grace, she commits suicide, traumatizing everyone involved, Grace included.

Six months later, Richard and Grace decide to spend Christmas at the Hall family’s secluded Massachusetts lodge with the kids so everyone can get to know each other better. However, a work commitment soon finds Richard traveling back to the city temporarily, leaving Grace and the kids alone together. From that moment on, things get mysterious. Missing belongings, lost time, and bizarre occurrences of possible supernatural origin test Grace’s sanity and challenge her grip on reality.

What’s going on at the lodge and does Grace have the strength to persevere?

Fans of Goodnight Mommy will find many things about The Lodge familiar in all the right ways. Franz and Fiala once again prove their skill for building suspense and crafting an unsettling atmosphere. The dynamic that finds two suspicious and paranoid children pitted against a mysterious mother figure the audience can’t quite read will feel familiar as well. But is it too familiar?

Franz and Fiala do an excellent job of crafting a gripping story here, just as they did in Goodnight Mommy. There’s plenty to take in that’s satisfyingly scary and visually appealing. The filmmakers also keep the audience guessing right up until the end.

However, the film’s ending may have more impact on those who are completely unfamiliar with the duo’s previous work. The Lodge is terrifying and masterfully done, but it’s similar enough to Goodnight Mommy that it doesn’t break entirely new ground on the level viewers may be hoping for.

This is, however, a minor complaint.

Franz and Fiala know what they’re doing when it comes to slow-burning domestic terror stories. 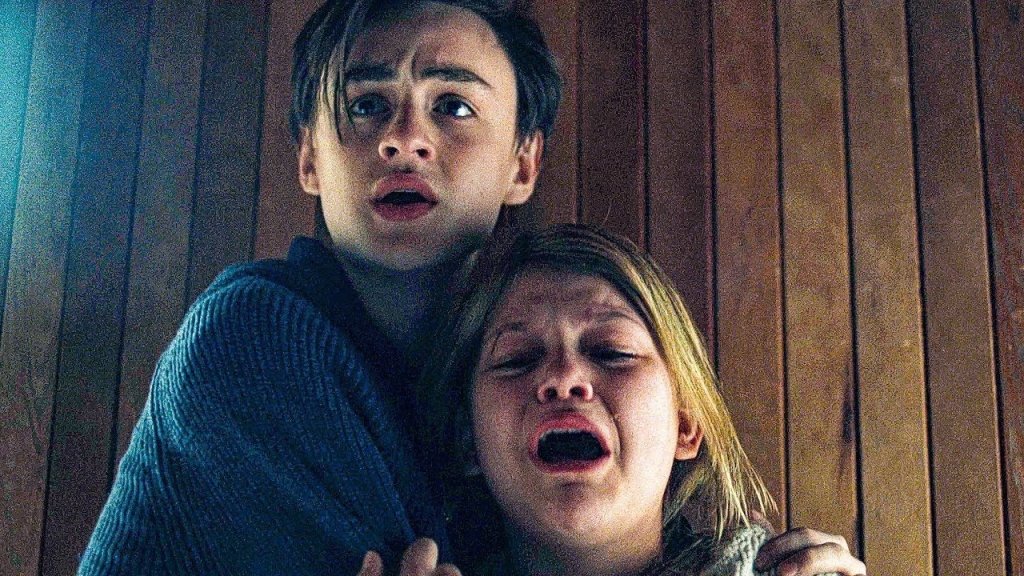 The Lodge is a testament to the duo’s skill.

Riley Keough turns in an incredible performance as Grace. Her facial expressions are as tough for the audience to read as they are for the children in the story, so she’s effective at keeping viewers guessing as to her true motives and intentions. Even in spots where the storytelling doesn’t do as good a job repeatedly throwing you off-kilter, Keough’s acting makes up the difference in a big (and very effective) way.

The set design, score, and cinematography are all beautifully executed as well, adding to the chilly atmosphere and sense of isolation that permeates the film.

In conclusion, it’s debatable as to whether The Lodge is “enough” of a departure from the formula Franz and Fiala previously used to wow audiences. It is, of course, a formula they have proven works for them, so returning to it makes sense. But it would be nice to see them branch out with their next highly anticipated artistic venture. With that said, it’s hard to argue with the fact that The Lodge is an excellent, well-made film — and one that’s certainly worth checking out, especially now that it’s available to stream for free on Hulu.