Proof that Tobe Hooper wasn’t a one-trick pony, but unfortunately studio and producer meddling muddied the potential of this film. 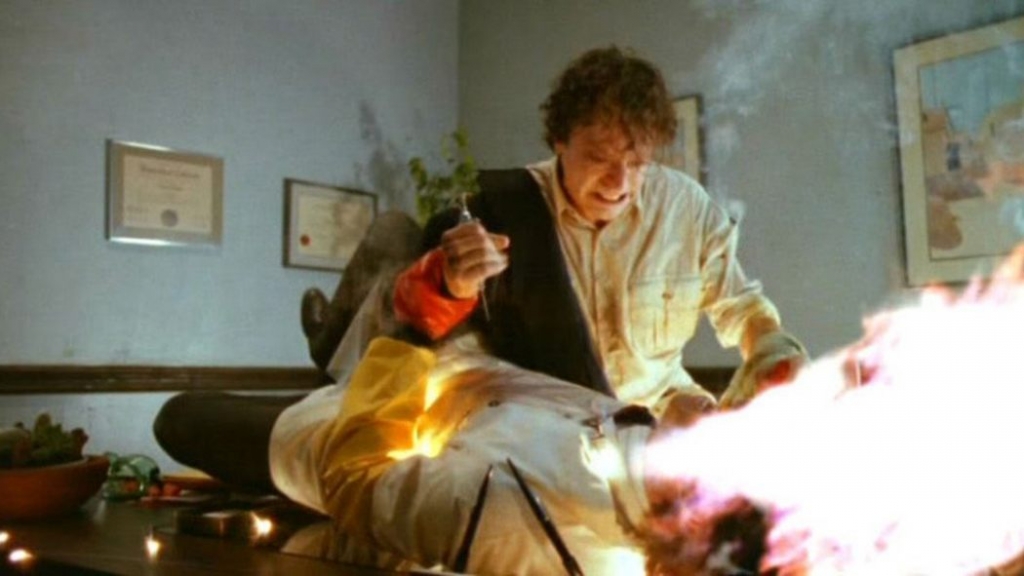 A young professor learns he has pyrokinesis thanks to his parents being subjected to atomic testing. Let’s dig into 1990’s “Spontaneous Combustion”, directed by Tobe Hooper!

Tobe Hooper was never critically able to step out of the shadow that The Texas Chainsaw Massacre cast.

Spats with producers and studios also marred his reputation as he walked off or was fired from several films. This should remind us of the human side of the storytellers we tend to deify and how that deification winds up a trap when they can’t live up to the expectation that follows.

We’ve covered a couple of Hooper films on the Dig, including Eaten Alive which stayed in the same DIY vibe as TCM and Venom — a British film that Hooper did not finish. I’m also sure Spontaneous Combustion will not be the last Hooper film we cover here. (I have a soft spot for the Funhouse and any reason to re-watch it is good for me.)

Playing with the atomic age puts him in company with titans like George Lucas and Steven Spielberg (who would hire Hooper to direct Poltergeist), but there is a certain inherent whimsy to that era that is inescapable. Whether it’s the color palette, the music, the digestive tract destroying diet, or the style, it takes something special to break free from the perception of that era. 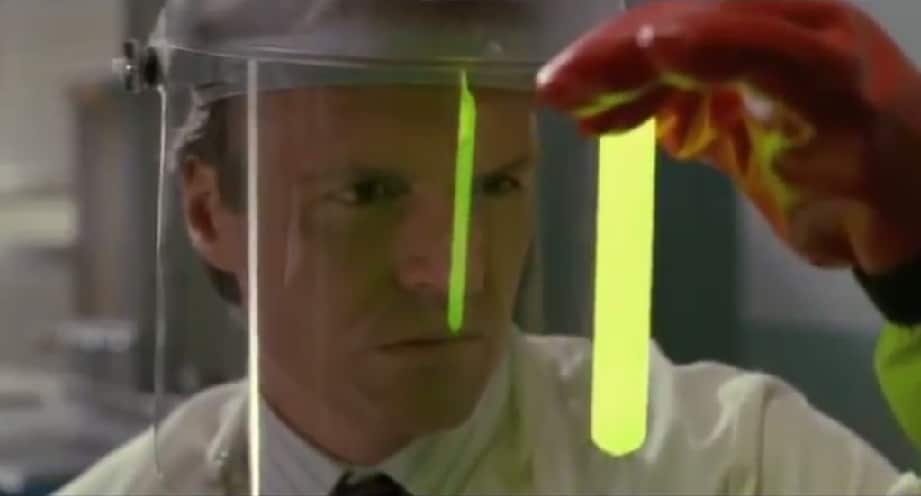 A high-concept story, which honestly has a ton of potential for a dark tale based in reality, became almost like a spoof once things got hot. I also have to say, as brilliant as Graeme Revell is and how much I enjoy just about everything he’s done, the score here fails the film.

Not everything that went wrong was someone else’s fault. There were some terribly lit scenes, but there were also some beautiful shots and some really great performances that Hooper was able to pull out of his cast. Especially from Brad Dourif.

Hooper is considered a legend, and maybe that’s on the back of one seminal film, but it shouldn’t be. He had a lot in him, and I wish things had gone differently so he could have made what he wanted, how he wanted.

Maybe in that sense, he’s a bit more Coppola than Spielberg. The difference is, that Coppola stayed in the jungle until that film was done.

Charles Lee Ray (Child’s Play) himself, Brad Dourif, stars here in an underrated performance. He’s played some iconic feature roles to go along with the voice that still haunts the Good Guy doll to this day on the Chucky TV series.

The legendary director of An American Werewolf in London, Animal House, Blues Brothers, and many others, John Landis plays the impatient radio technician who gets burned up over the phone. 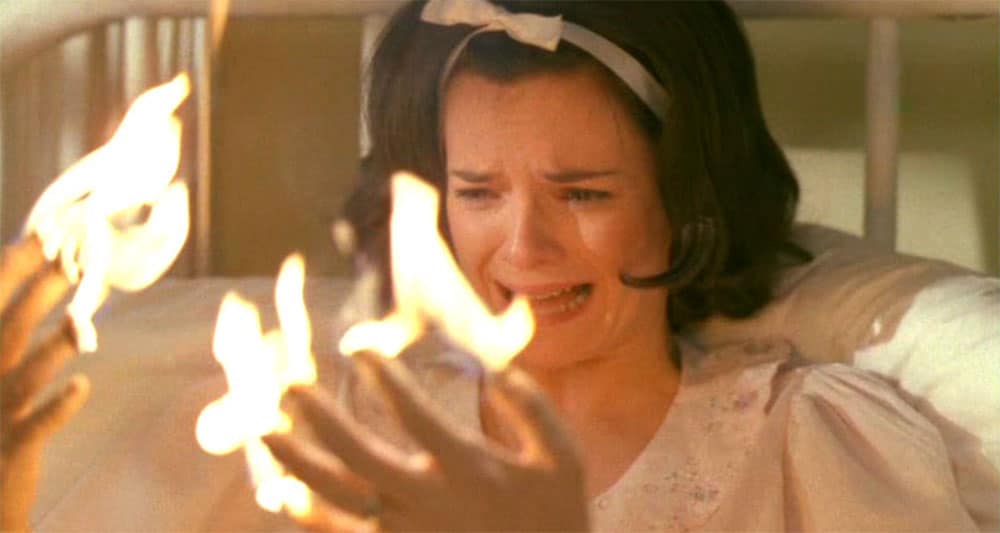 Melinda Dillon (Nina) played the Mom in Harry and the Hendersons, A Christmas Story, and also starred in Steven Spielberg’s Close Encounters.

The most unnecessary of movements must be the impedance created by producers and studio nags.

Does anyone put across anger or disdain with as much texture as Brad Dourif? I don’t think so. His growl is as threatening as the jaw of any predator. There are some really strong bones here. It would have taken a lot of work to make this as deep as it should be, and I don’t know that anyone had the patience with Hooper at that point. They should have because it’s evident the guy could tell a story. Follow the breadcrumbs he left and you could make something really unique and special.

A Blu-Ray was released in 2018 by Cheezy Flicks and is sold out. It can be had on the secondary market but it is pricey. If you search on that big video hosting platform you may be able to find something though, if the desire strikes you.