“Abject” is a surreal, low-budget horror film about a couple spiraling out of control during a secluded retreat to save their marriage. 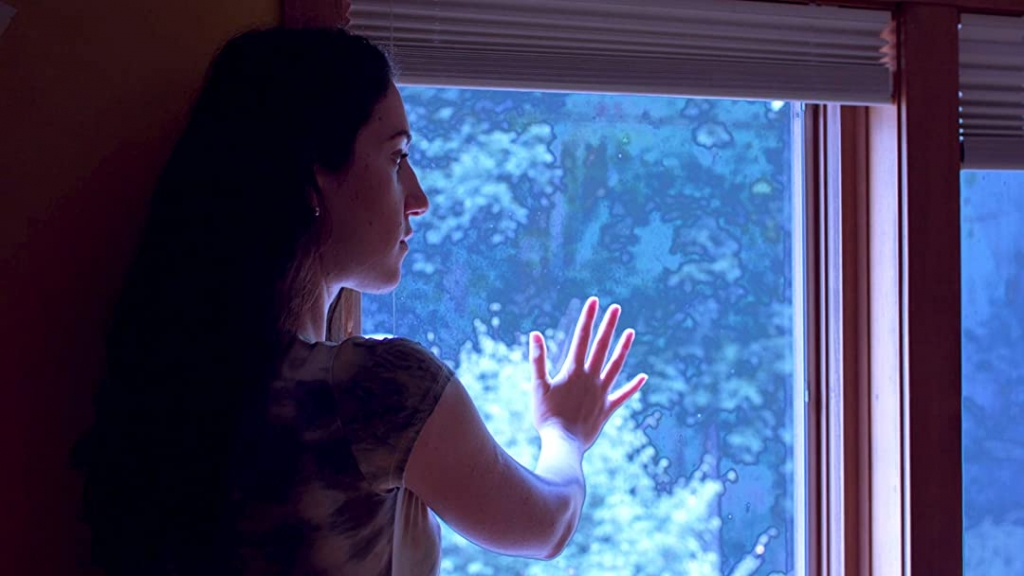 Let’s get this out of the way right from the jump. Abject, written and directed by David Williams (Rust Belt Driller), is an ultra-low budget affair. So, those who’ve come to expect a high degree of polish and finesse from the films they consume may find much to be distracted by. There are noticeable problems with sound design and editing and many questionable choices in front of and behind the camera.

With that said, this column is a tribute to DIY filmmaking. We believe there is great value to these scrappy little independent productions that fall short in some areas but are imbued with considerable heart while often showcasing refreshing creativity. Thus, I’ll be checking my ultra-discerning film critic at the door for a bit.

Two things attracted me to Abject.

First, it’s a brisk one hour and 15 minutes. And while I’ve sat through — and truly loved — plenty of 2+ hour horror films (including several brilliant foreign films and some of my favorite arthouse horror), I’m a big fan of lean, well-paced films that don’t overstay their welcome. That’s especially important for low-budget films that have minimal resources to work with.

The second draw was the intriguing plot synopsis:

A year after the death of their only child, a couple makes a trip to a retreat to try and work through their grief and repair their disintegrating relationship.

I’m a sucker for psychological films revolving around human trauma, and I love films rooted in relatable, real-life horror.

So, did the film deliver on its promise? 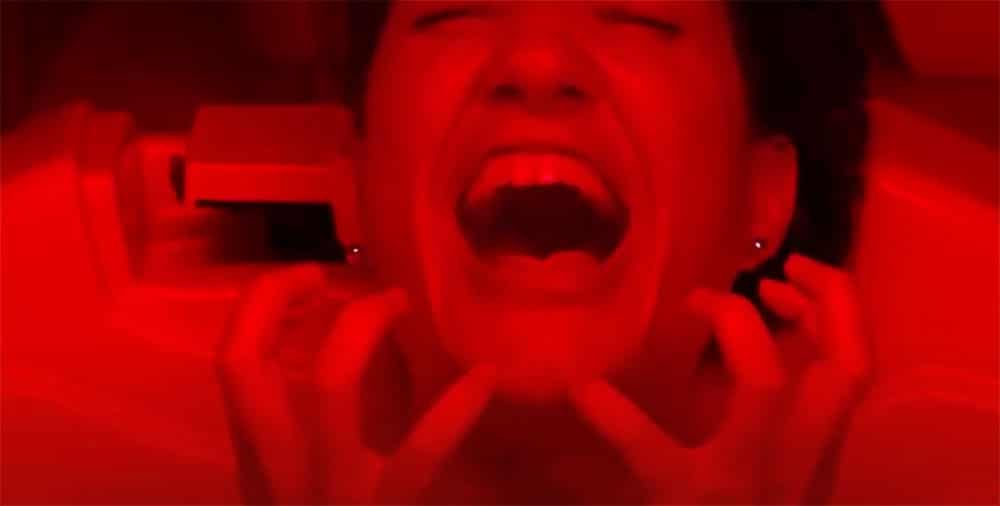 Abject opens with a tired cliché, using a dictionary definition…black type against a stark white screen. But it ups the ante with not one but three definitions: psychopath, psychosis, and (of course) abject. We also get some heavy-handed highlighting of keywords in the definition.

While it does little to generate excitement for what we’re about to watch, it at least sets the stage for a film that focuses heavily on the mental state of its two main characters and proffers questions about what’s real and who is sane or not.

We cut to a couple’s therapy session with the unnamed Husband (Joe Gallagher) and Wife (Helena Simon). There’s some hefty exposition from the new-age therapist (Andy Rich) to establish the foundation for the couple’s rocky marriage. He then prescribes some psychedelic pills and a week-long retreat at a secluded home — without cell phones.

The rest of the film takes place entirely at the home where the couple stays for the week. This is a savvy decision for two reasons, the first being practical. A single location is a great way to stretch the budget. More importantly for the viewer, it’s a gorgeous setting, a spacious, artfully decorated home nestled serenely amidst a beautiful natural backdrop. It’s a real showpiece with a superb set design.

I’d wager they simply used an existing space, but kudos to Williams for finding such a stellar location for his film.

However, there are too many overly long “look how cool this space is” shots. Lingering shots of multiple rooms and repeating shots don’t really serve the narrative.

I can’t really fault Williams for making the most of such a lovely piece of eye candy. 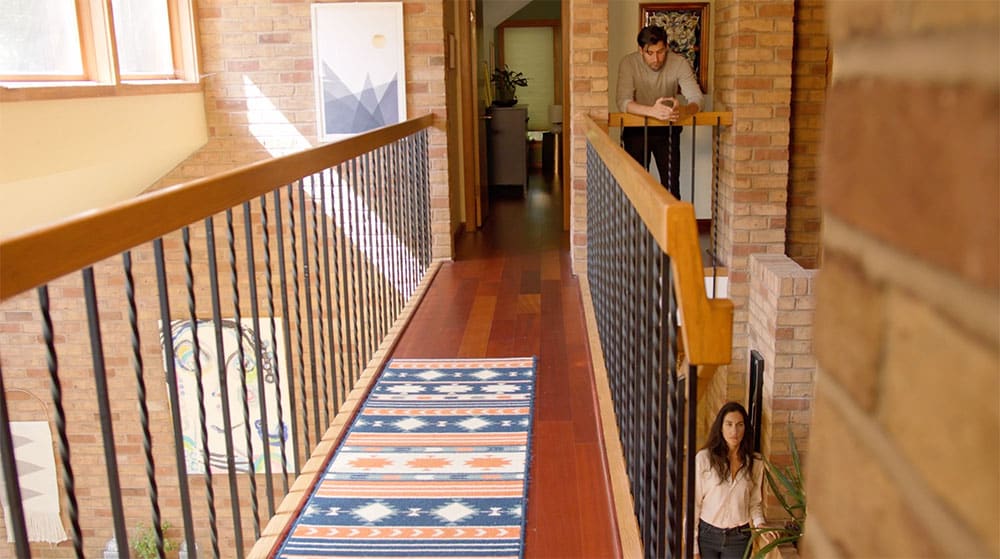 However, the film would have benefited from more judicious editing. There seems to be a lot of padding for such a short runtime.

Everything feels like it’s in a bit of slow motion, with an inordinate of time spent on things like walking up the stairs, looking around the house, and making dinner. For about the first 30 minutes, not much of anything really happens.

In fairness, I do believe there may be some method to this madness.

This is a couple frozen in grief, trapped in a passionless marriage. The slow, oppressive feeling attached to their daily routine is a strong metaphor for depression. The Husband is numbing his pain with alcohol while the Wife sleepwalks through life in a nearly comatose state of emotional disconnection.

Yet, conveying that sense of despair and loneliness in a way that truly resonates is no easy task, and viewers may find themselves impatiently waiting for the film to find its center.

When that finally happens, we get progressively disturbing imagery as the couple begins to experience a bevy of strange sights and sounds.

It’s the Wife who is predominately plagued by haunting visions which may or may not be drug-induced hallucinations (she’s the only one taking the pills prescribed by the doctor, as the Husband refuses), real paranormal experiences, or the result of an increasingly fractured mind.

This is also where the film becomes more experiential than narratively driven. 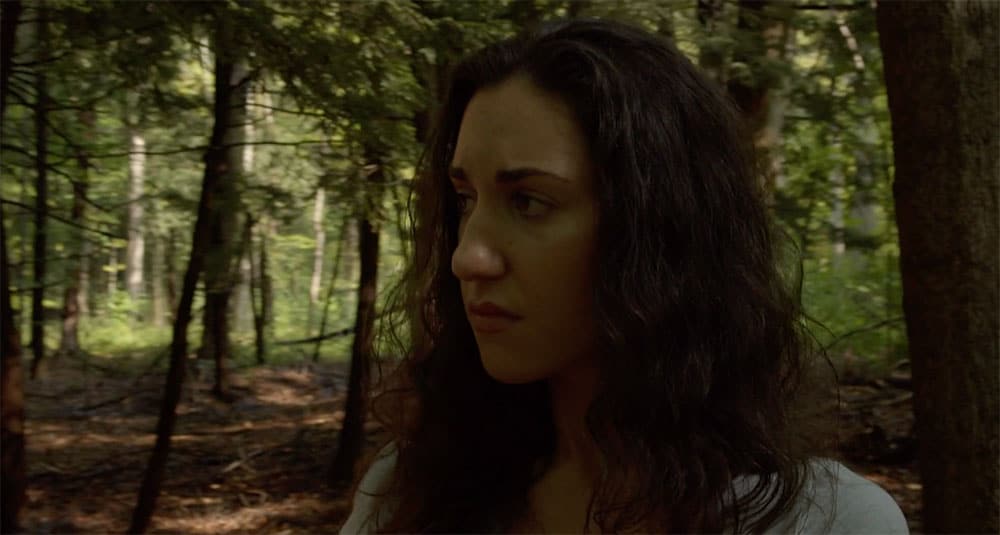 Those prone to seizures should beware: the film employs heavy use of strobe effects that make some scenes difficult to watch.

There are also a couple of psychotropic, erotically charged scenes where the Wife appears to be seduced by alien creatures; a giant, worm-like entity and another tentacled monster.

With such a limited budget, creature effects are hard to pull off. And for the most part, Williams cleverly shoots these scenes so you only see glimpses of the creature, primarily hidden by the darkness. Thus, these scenes maintain their effectiveness and showcase creativity and ingenuity.

Following the trippy mid-section of the film, we hurtle towards the climax involving a heated confrontation between the unlikeable couple.

At this point, vile secrets are revealed, and the duo takes the idea of a toxic relationship to another level.

The dialogue during this explosive scene is at once disturbing, a bit disorienting, and even unintentionally (I think) hilarious. When the Wife confesses to sleeping with other men, the Husband asks, “How many others?” She screams back, “All of them!”

I admit to laughing out loud, even though I’m not sure I was supposed to. Regardless, it was quite a fun and satisfying scene, which I thoroughly enjoyed.

It should be noted that the best acting in the film occurs during this scene, and the actors really seemed to come alive when given the chance to play unhinged and over-the-top. 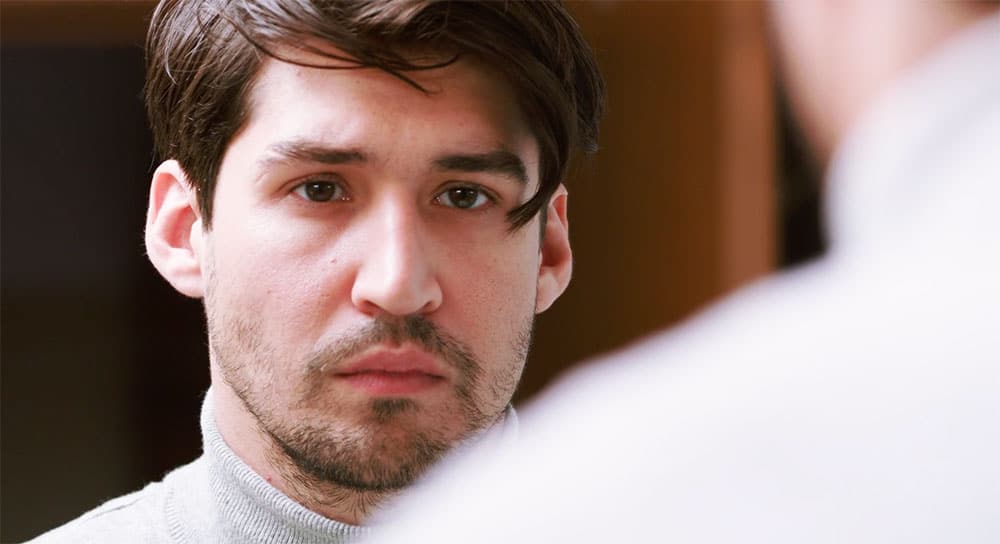 Simon was especially fun to watch during this period of intense character transformation.

After a couple of shocking reveals and some serious mind-fuckery, we’re treated to a clever callback that brings the film full circle.

Ultimately, this is best described as a WTF film that wallows in its weirdness. That’s not surprising, given the original title for the film was This House is Made of Flesh and My Mouth is the Door.

This, of course, means it’s either going to be up your alley or not, depending on your sensibilities, and you should already know if you’re a part of the film’s target audience or not.

If you do like a wild ride with an unpredictable trajectory, ABJECT offers something off the beaten path with a bit of arthouse DNA. Though rough around the edges, there’s enough inventive storytelling to make it worth your time.