An exquisite throwback to classic gothic horror, “Dawn Breaks” is stunning and boasts one of the genre’s most sumptuous soundtracks. 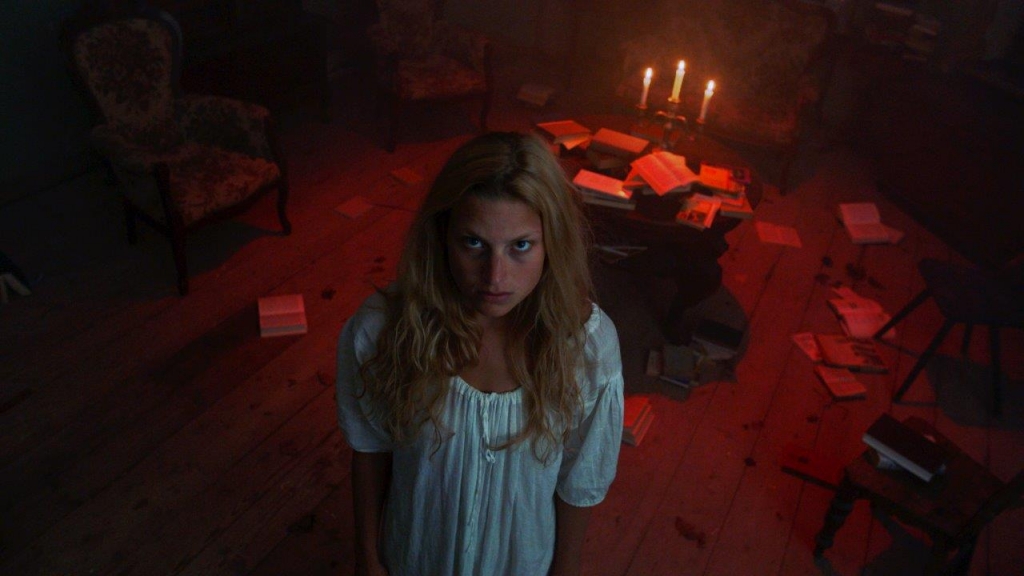 I remember in the mid-2000s, the Canadian metal band A Perfect Murder released their album “Strength Through Vengeance”. It was on Victory Records and, at the time, there was an explosion of “Metalcore” bands. So, the easy thing to do was for record labels to slap a sticker on the cover of an album that gave fans an idea of what kinda riffs were inside.

The band Between the Buried and Me carried a tagline something along the lines of, “You thought System of A Down was weird…,” alluding to the insanity which truly did rest inside that jewel case.

A Perfect Murder, most likely to no decision making of their own, had a much more provocative comparison: “Metallica is old, Pantera is gone, A Perfect Murder is NOW!”

That was it. That did it for me in the comparison game. From then on every band or movie I ingested had to earn its keep the old fashioned way — by singing my eyes and stabbing my eardrums.

In a completely contradictory move, let me tell you what this Panic Fest film reminded me of —  a bit of Possession and a whole lot of Ken Russell’s Gothic.

Now that I’ve lost your trust, I’m going to double down.

If ever there was a director who could compete with Tarantino on soundtrack selection, it’s Kevin Kopacka. 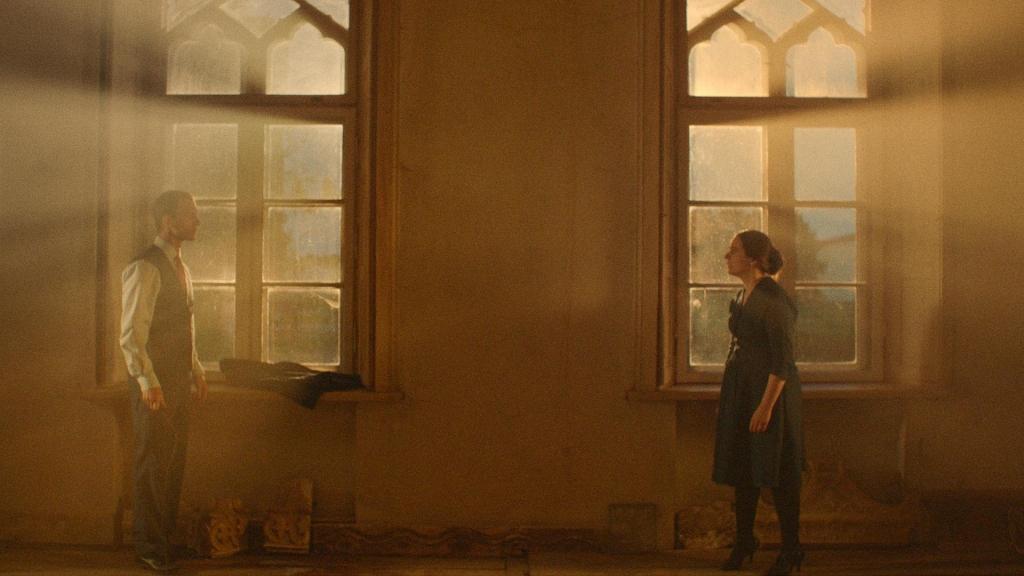 This Berliner, by way of Austria, not only chose one of the most complimentary unions of songs synced to scenes, he composed some of them himself under the name For Those Who Still Exist. But more on that later. We’ve got a movie to talk about.

Written by Lili Villányi and Kevin Kopacka, who also directs (and edits and color grades), this German-language film with English subtitles is hard to track at first.

That is one hundred percent attributed to how stunning and beautiful of a job cinematographer Lukas Dolgner did. It is lit, shot, filtered, and color graded perfectly at every angle. It was so distracting I forgot to read the dialogue. The medium shots were less impressive, but that’s not to say they were bad. The only real knock I have on the film is the title, which I’m shooting myself in the foot over because I normally love long poetic titles.

I just could not remember the name of the film no matter how many times I looked at it. I guess there may be some validity in all those producers who push for one-word, snappy titles.

For thirty minutes, we get an old school, sixties-seventies, gothic horror tale which is contained and based on two actors — and a couple of spirits — and the tension between them in an inherited castle. Then, everything changed. Most importantly the color palette. What was a dreary and macabre mood earlier, with blues and greys, flipped to orange, red, and yellow and then flashing purples like the cover of a Hendrix album.

We go from a subversive mind fuck to something with more whimsy, but it never loses its dread. 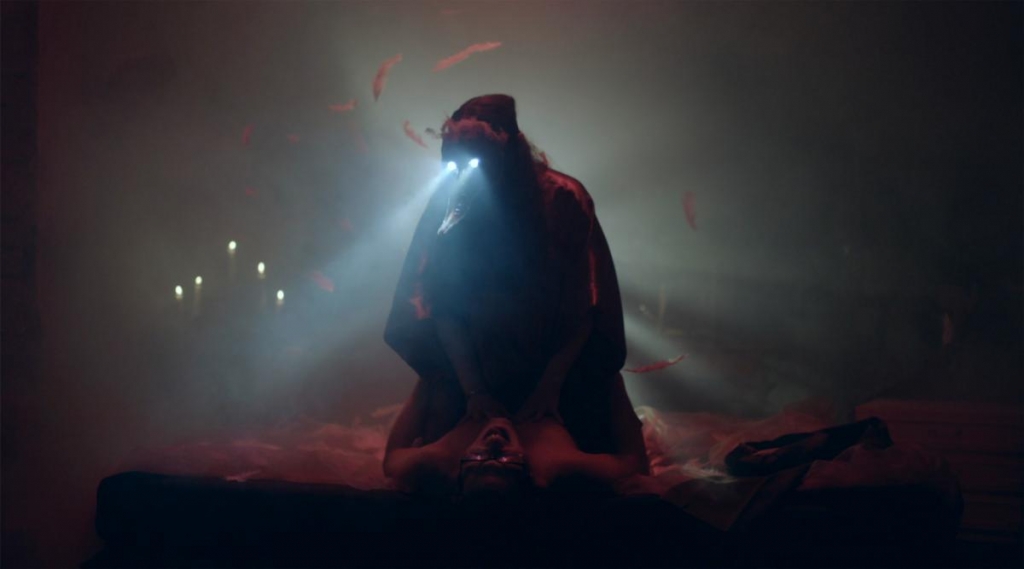 The dialogue is really strong, even poetic.

Kopacka keeps the audience guessing whether the scene is reality or a hallucination and the timeline loose which allows him to turn some shots into a moving painting, with some imagery that might make Caravaggio blush.

A true work of art makes you think deeper about things you take for granted. I found myself writing about love by the end of the film.

Love is eternal. Love is not singular nor human. Love is the universe. Is love human? It was existential without being pretentious. Introduced a multi-verse without using wizards. It was truth without showing reality. It was beautiful.

I have to give a lot of credit to the production, too, for showing the crew along with the cast during the end credits. It’s a rare and delightful choice to show such appreciation for the people behind the camera who make just as much of an impact on the end result.

Now, let’s talk about some music because this soundtrack knocked me on my ass.

Ozarks, on L.A.-based indie label Attacknine records, set the tone early with their track “The Death of a Candle”. It’s a seventies soundtrack time machine. They continue their time travel with “Claudine”, and though I could only find three tracks from them it’s enough to satiate my Morricone fandom.

Italy natives Acid Frog is up next, and it seems they’ve borrowed the same phone booth and dialed up some funk guitars in “Funky Sabbath” that could have scored the Richard Roundtree era Shaft. “Orange Sunshine” is straight psychedelic rock.

Digging deep in the crate, Kopacka introduces a German psychedelic rock band from 1972 called Analogy with the song “Indian Meditation” that would fit well alongside The 5th Dimension’s “The Age of Aquarius”.

Another deep cut, The Art of Lovin’ – “And I Have Seen Them All”, a 1968 moody ballad that seems like it could have fit perfectly in Rob Zombie’s The Devils Rejects.

German folk-rockers Düsseldorf Düsterboys would be the hidden gem of the lot if it weren’t for the director himself being a multi-talented artist. His ambient, mercurial tones and haunting voice which uses delay and wet reverb much to his advantage, are equally as moving as solo projects like Thomas Giles (Tommy Rogers of Between the Buried and Me) and the high concept Australian musician Alex Cameron.

He even has a video set to The Hand of Orlac.

It’s not surprising that Kopacka and crew have cleaned up at just about every festival they’ve been featured in, winning awards easily. Not only did I get to discover an artist I would have otherwise been unaware of but he broadened my already expansive musical horizon. It was a good day at the office.