A disturbing and deeply affecting exploration of trauma, “Dementer” is an original and upsetting film that simultaneously draws in and repels the viewer. 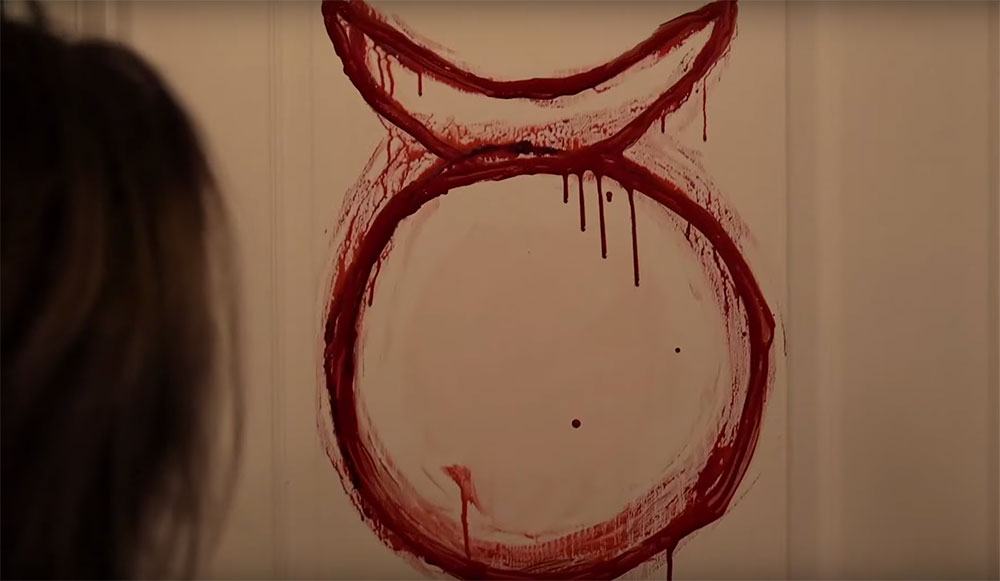 I can only think of one word to effectively describe the experience of watching DEMENTER, and that word is: indescribable. With that said, this daring arthouse horror film from visionary filmmaker Chad Crawford Kinkle (the man behind the brilliant 2013 film JUG FACE) certainly deserves more than a one-word synopsis. But finding the right words to articulate my feelings about this dizzying and disorienting film is not easy.

I have a special affinity for psychological horror films, especially ones that deal with the profound and lasting effects of trauma. So many films show us the horror of trauma as it is unfolding, like victims being stalked and terrorized by crazed killers, but so few offer an appropriately chilling glimpse at the aftermath of such extreme psychological scarring. 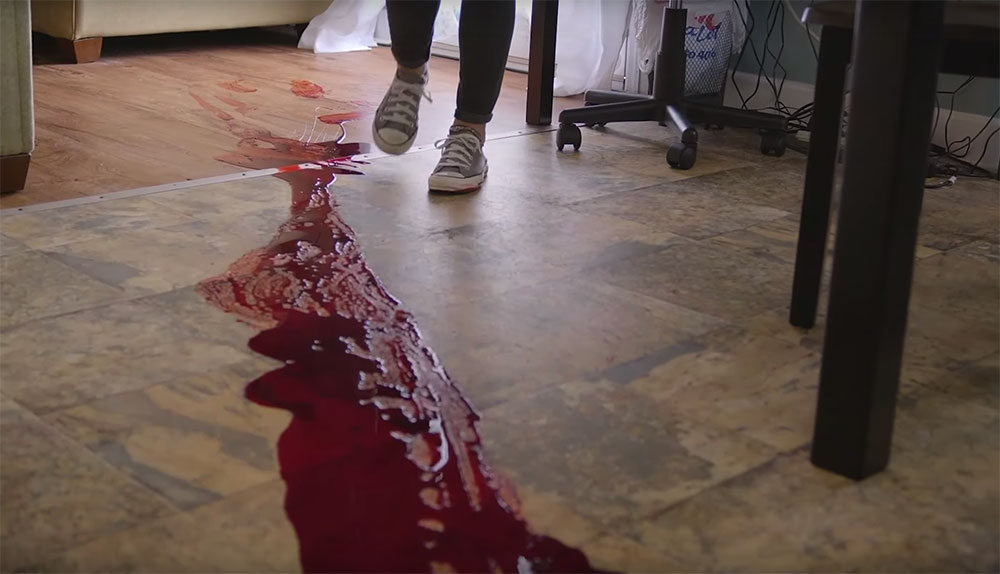 In DEMENTER, Kinkle returns to familiar territory. His debut feature JUG FACE followed a young pregnant woman trying to escape a backwoods community (essentially, a cult) — one that made human sacrifices to appease a creature in a pit. In DEMENTER, Kinkle approaches this horrific subject matter from a different — and much more personal — angle.

We begin with an ominous and disconcerting opening title sequence, marked by flashes of disturbing imagery and the kind of off-putting, shiver-inducing sound design that creates an almost oppressive amount of chaos and dread. Larry Fessenden narrates, his voice at once soothing and somehow threatening. The scattered imagery feels disconnected and yet deeply meaningful. Immediately, we feel disoriented — a feeling we will return to throughout the film as we share the traumatic headspace of our lead character. 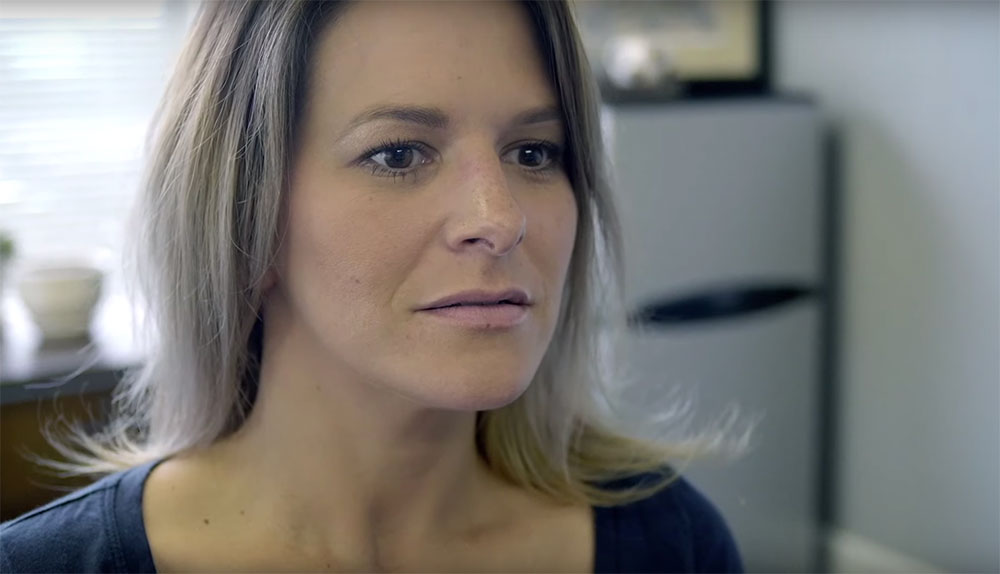 DEMENTER follows a young woman named Katie (the extraordinary Katie Groshong), who is determined to make a fresh start after fleeing a backwoods cult.

Looking for a job that will give her life some meaning, she takes a job at a center for special needs adults. She instantly finds enormous gratification in the work, forming close connections with the center’s residents. She’s especially drawn to a woman with Down Syndrome named Stephanie (Stephanie Kinkle).

However, her newfound happiness is threatened when she begins to experience overwhelming signs that devils are out to harm Stephanie. Terrified her nightmarish past is catching up to her, she uses the strange writings in her notebook to create a series of elaborate rituals designed to ward off the evil. But nothing seems to work. Stephanie has contracted a mysterious illness and seems to be getting sicker with each passing day.

For Kinkle, this was a deeply personal film built around his sister Stephanie, who has Down Syndrome and stars as one of the film’s leads. According to the press materials for the film, it was important to the filmmaker that he create a thrilling and disturbing film that would resonate with horror fans, but also one that embraced and properly represented the developmentally disabled. 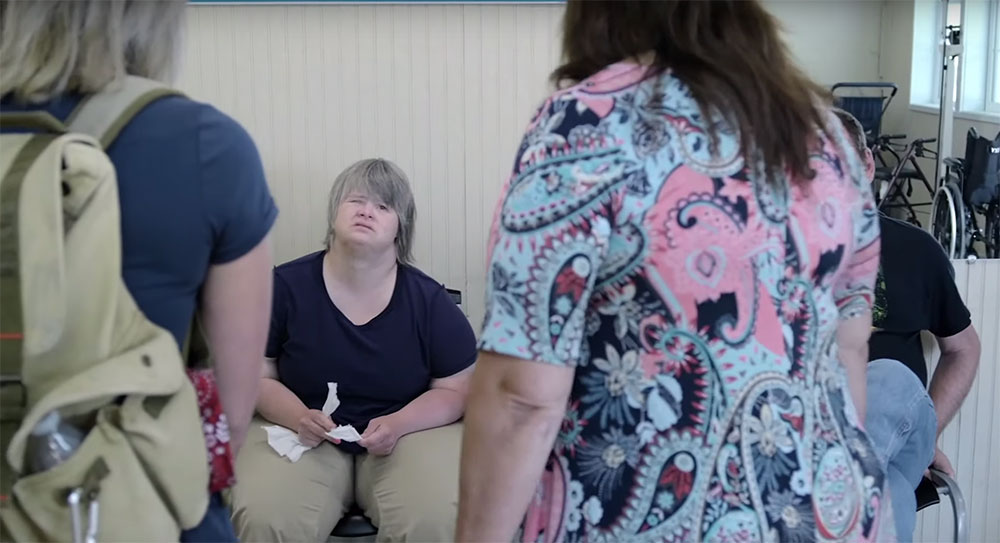 In fact, one of the things I loved about the film was how real the characters were, occupying a space that felt truly lived in and authentic.

While visions of visceral horror punctuate the film, much of the story focuses on Katie’s day-to-day interactions with the center staff and patients that are completely ordinary and mundane. The way it’s shot, combined with Kinkle’s decision to use mostly non-actors, gives the film an almost documentary-style feel that makes the horror elements that much more jolting and deeply unsettling.

At no point are the developmentally disabled characters used in an exploitative way. Instead, they are shown as normal people living normal lives — a normalcy Katie so desperately and unsuccessfully tries to embrace. Instead of the all too common horror trope where the different and disabled are portrayed as the monstrous “other”, it is Katie who is the outsider and the source of all conflict and danger. 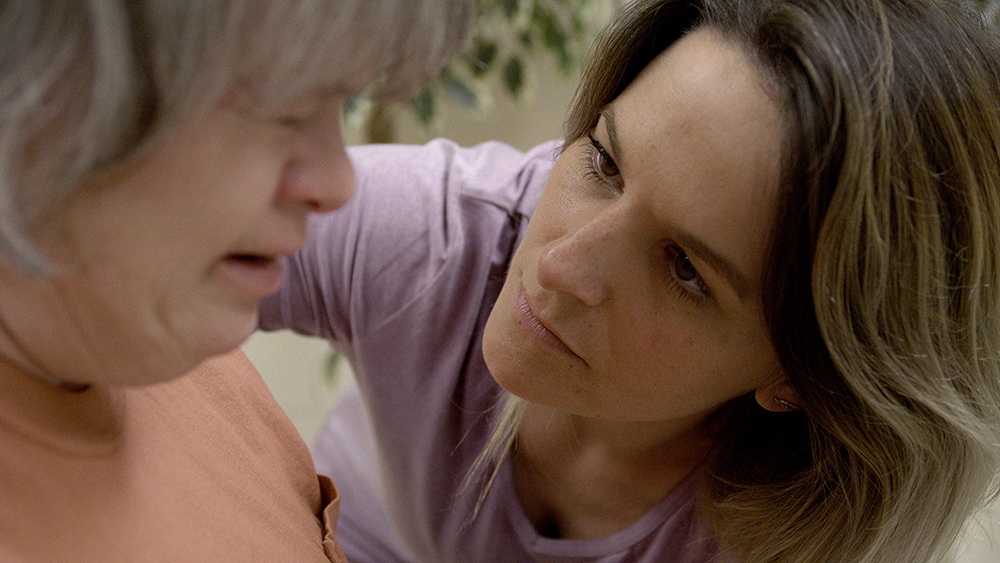 As the film moves between Katie’s present happiness — spending time with the center’s residents — and her disturbing flashbacks to her past with the cult and its charismatic leader (Fessenden), it shifts wildly in style and tone. It’s an intentional choice meant to further disorient the viewer and dramatically increase the tension.

As our senses are repeatedly bombarded by a cacophony of distressing sounds and imagery, it’s very difficult ascertain exactly what is happening and exactly where the threat is coming from (an external evil or inside Katie’s troubled mind).

As a viewer anxiously awaiting more clues to be revealed, I felt consistently uneasy and on the edge of my seat. 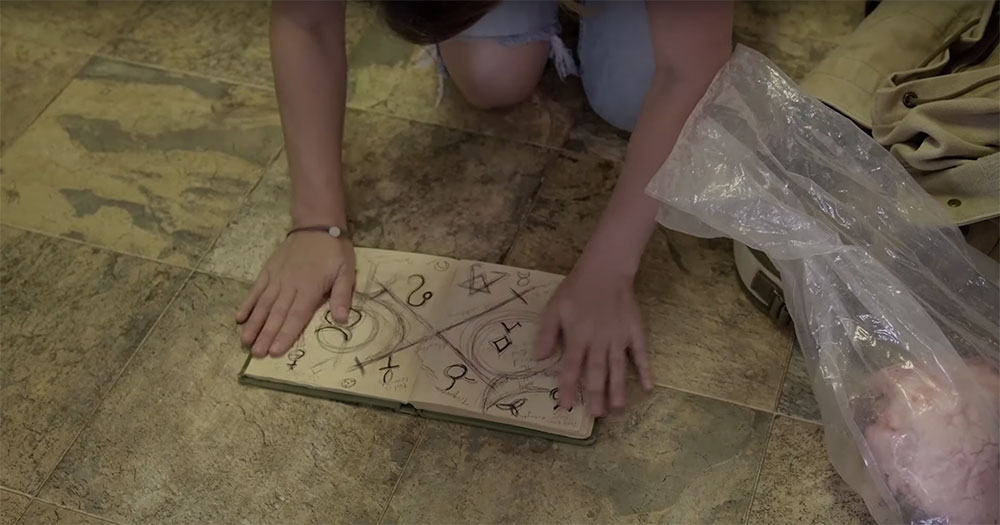 Katie Groshong delivers a believable, emotionally charged performance that draws you in and makes you fully feel her increasingly mounting levels of fear, anxiety, and desperation.

I can’t promise you will enjoy this film. Much of that depends on your appreciation for moody psychological thrillers doused in arthouse horror. But I can promise you a decisively unique viewing experience, as Dementer is unlike anything I’ve ever seen before. It’s a truly original story, with a distinct point of view and characters you rarely (if ever) get to see portrayed with such authenticity.

With his sophomore film, Kinkle delivers a haunting and nightmarish vision of trauma and the painfully inescapable influence of our past.

Dementer had its World Premiere at The Nashville Film Festival on October 10th.