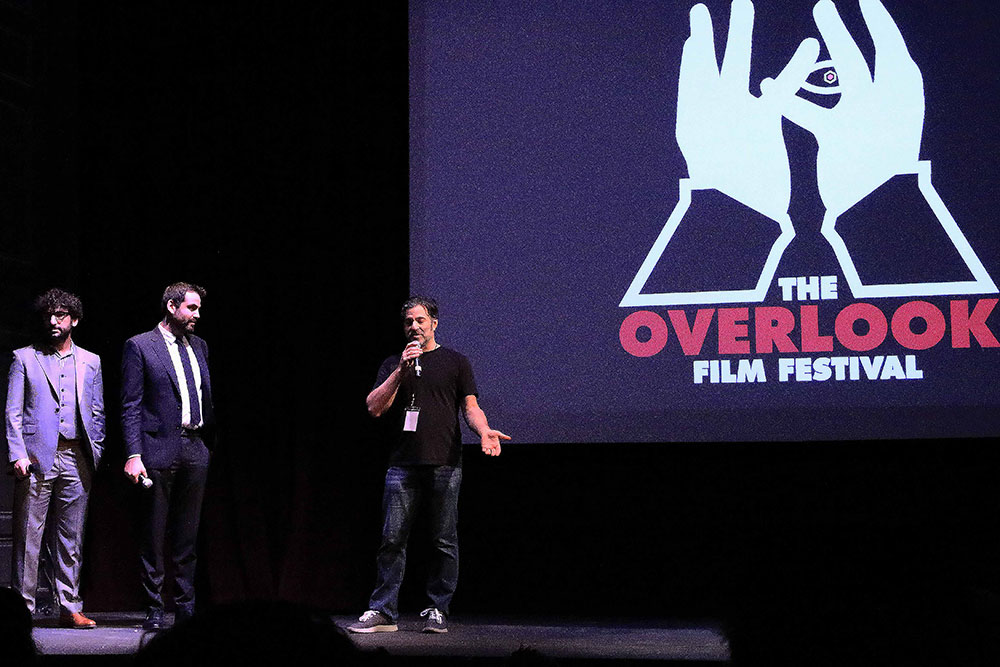 The latest film to join the Unfriended franchise, Unfriended: Dark Web is a shocking high-tech thriller that made me want to cover the camera on my laptop! The omniscient “Big Brother” is watching us indeed, and his name is Charon. I will never think about the bonngg sound from a MAC again without thinking of this film.

According to Blumhouse producer Ryan Turek, Blumhouse looks at a film like Unfriended the same way they would a play: Great acting and writing playing out together without a lot of sets involved.

They decided the perfect person for Unfriended: Dark Web would be a talented screenwriter like Stephen Susco (The Grudge, Texas Chainsaw 3D) to write and direct it. This reviewer thinks they made an excellent choice.  It is hands-down a better film than the first one. After the lights came up, most of the audience was left shaken and looking over their shoulders — or wondering if anyone was watching us on our phones!

Unfriended: Dark Web takes us on a dark, dangerous journey, but never leaves the computer screen.

Like the original Unfriended, Unfriended: Dark Web puts us in the middle of a group of friends on Skype, just hanging out, playing a game together. These friends will end up wishing to hell they went out into the world instead of hanging out at home. That is where the likeness to the other film ends. While there was a supernatural force against them in the first film. The enemy, this time around, is human, although you will find the sick people they are dealing with may very well have no souls and zero love for human life.

Synopsis: Preparing for his weekly Skype game night with his friends, Matias, (Colin Woodell) a cybercafé attendant brings home a laptop from the lost and found, only to find that the previous owner is into some really insane stuff on the dark web and will stop at nothing to retrieve his stolen computer.

A sequel in name only, Unfriended: Dark Web borrows elements from the first Unfriended, while telling its own edge-of-your-seat sadistic tale full of shocks and surprises that will make you think twice about who’s watching when you log onto your computer.

Just because this film looks like the first one, don’t be fooled. The only real similarity is that the whole story is told on a computer screen. The characters in the original Unfriended were not that likable, and I honestly wasn’t that upset while a vengeful ghost took them out one-by-one because of the cruel video one of them posted, causing her to commit suicide.

Unfriended: Dark Web, however, has a really cool and interesting group of friends that I really felt invested in. You can tell the actors had fun. It was fascinating to contemplate how much the internet revealed about each character and about the original owner of the computer. 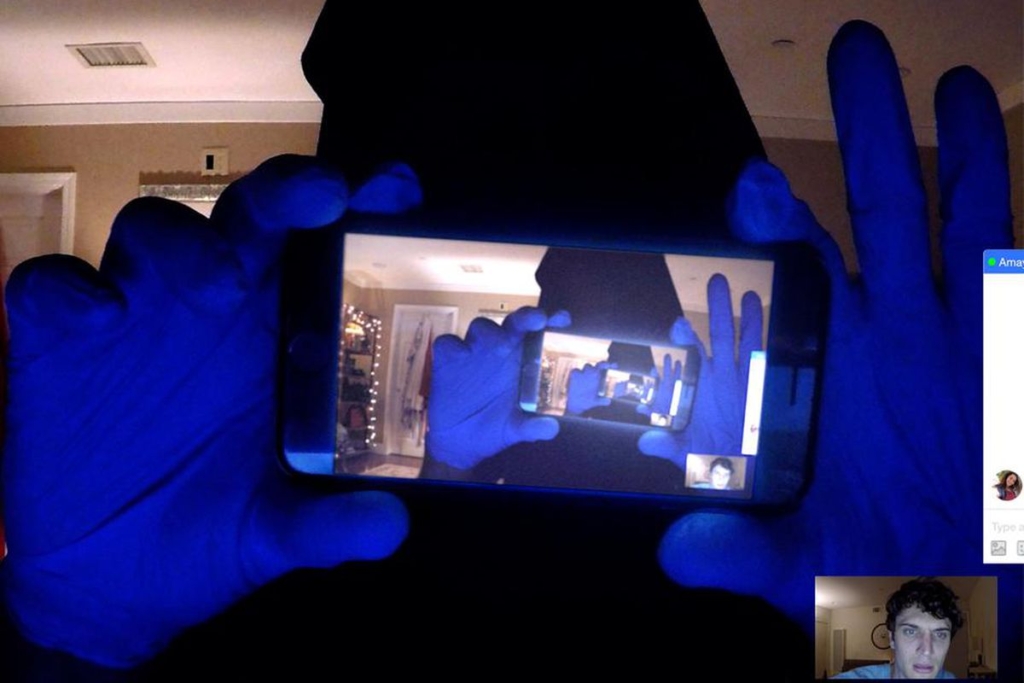 We all post things that may not seem like a big deal. Most of us have some sort of secret, or something embarrassing and it’s all out there for bored cyber bullies to access. Any information we share can be used against us — especially when used out of context, or when someone takes control of our texts and messages.

When the friends find a cache of hidden files and realize they have seriously pissed off some very bad people who are into some seriously sick shit, things go crazy fast. I literally had trouble keeping up with all the internet searching, texting and messaging all going on. To say the film is relentless is an understatement.

AJ (Connor Del Rio), the conspiracy theorist and voice of truth who no one takes seriously, is the one I wished they had listened to. Betty Gabriel (Get Out) who plays Nari, the voice of reason, and her fiancé, Serena (Rebecca Rittenhouse), both have weaknesses too easy to find — a sick mom and their love for each other.

DJ Lexx (Savina Windyani) and the tech-savvy friend Damon (Andrew Lees) live all the way over in London, and both think they are safe. Did I mention they were dealing with the dark web? Matias’s girlfriend Amaya (Stephanie Nogueras) is deaf, which makes her more vulnerable. When we start seeing people in her house — and she gets texts from an unknown person to go out that she thinks are from Matias — the tension rises, and the audience gets sucked into a never-ending assault to the senses!

Matias picked the wrong person to mess with. As a group, Charon is a monstrous, international killing machine. Charon, in Greek mythology, is the guy that ferries souls of deceased who had received the rites of burial. In payment, he received the coin that was placed in the mouth of the corpse. The ferryman of the dead. In this case, it’s Bitcoin. The terrifying group named itself (and its members) after a pretty creepy mythological character.

At the post-screening Q & A at the Overlook Film Festival, I was amazed to hear they had 5 days of rehearsal and shot all the dialog in 4 days. Wow. Then months after that, they put it all together with CGI reenactments of all the internet action.

The audience would groan often, seeing the next thing that was going to happen just seconds before it did. No one was safe. We cringed waiting for someone to answer a text in time, screaming if a password should be upper-case or lower case (something that makes me crazy trying to remember on my own computer,) or leaving the room to be just off screen doing something they were warned not to do.

Every one of the characters felt safe in their little computer spaces at the beginning. No one has that much reach, do they? It wasn’t fair…these young people did not deserve what they get.

My favorite and most ironic quote from the film was from AJ: “Why do you think Facebook and Twitter are free?'”

Right? Have we all shared too much on social media? Are our lives just thrown out there ready for someone to take us down? I know I spend inordinate amounts of time on the computer in the glow of the screen. Hearing the different sounds of messages and texts coming in made us all realize that this could be us. Facebook knows everything! The real horror of Unfriended: Dark Web is that it makes us wonder, could this really happen?

Unfriended: Dark Web will be in theaters starting on March 9th!