We continue our recap of the entire Riverdale series with episodes 6 and 7 of the first season, “Faster Pussycats! Kill! Kill!” and “In a Lonely Place”.

Join us for our weekly recap of the entire Riverdale series, starting with the first episode of Season 1. This will be a bi-weekly column (every Tuesday and Thursday), with two episodes reviewed each time, until we get caught up with the latest season. Catch up on everything you might have missed using the links below, or just dive right into to episodes 6 and 7 of the first season of Riverdale.

Season 1
Episode 1: The River’s Edge
Episodes 2 and 3: Touch of Evil and Body Double
Episodes 4 and 5: The Last Picture Show and Heart of Darkness 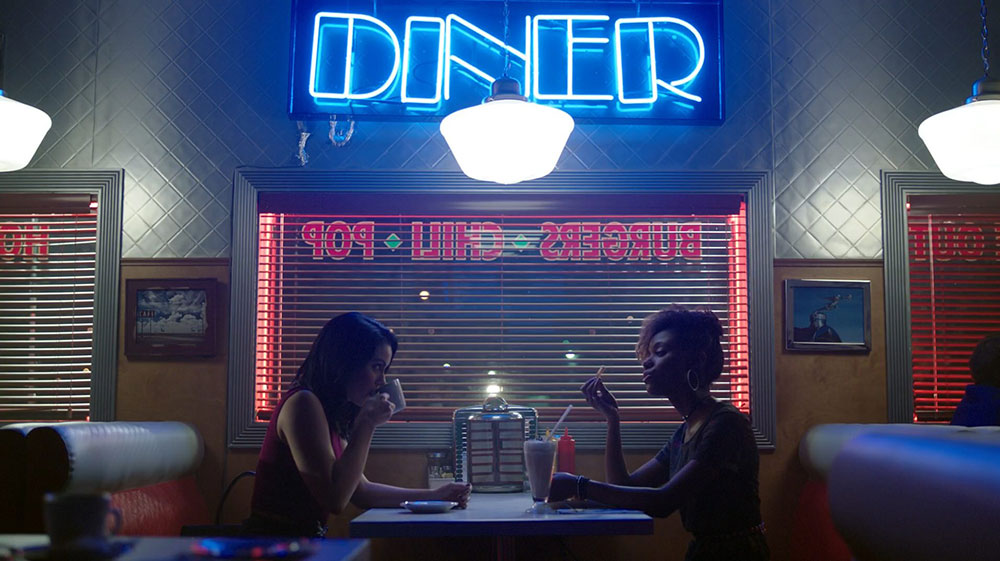 Hermione has begun to work for the Andrews’ family company, getting even closer with Fred and discovering that his financials are in the pit in the process. He’s hoping that developing on the Twilight Drive-in lot will put him back in good financial straits. Veronica struggles with Hermione and Fred’s relationship, even more so after Hermione forges her signature to give Fred the contract.

Betty and Jughead discover that Polly is at the home of the Sisters of Quiet Mercy, and they travel so she can be reunited with her — only to discover upon getting there that Polly is pregnant with Jason Blossom’s baby. The latter two kiss before finding Jason’s varsity jacket and some drugs in an abandoned car, which is set on fire by someone who was watching them. Polly escapes the Sisters.

Valerie almost splinters off from the Pussycats to sing with Archie at the high school’s variety show, only to return back to the Pussycats in the eleventh hour, leaving Archie to perform alone to rapturous applause. 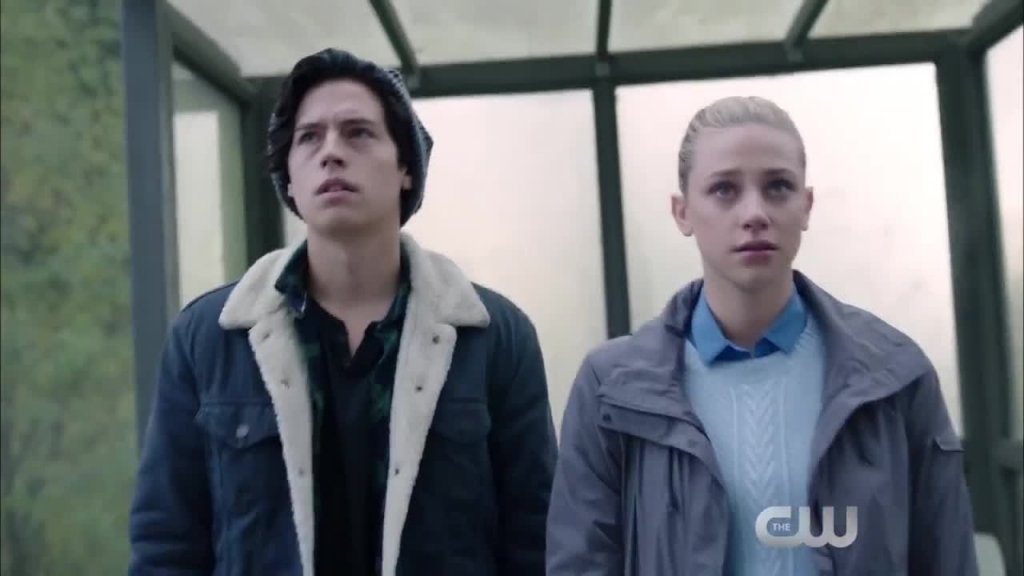 — Tiny Betty’s nightlight is creepy as hell, and the fact that she still has it says a lot about both her and her family. Speaking of her family, I still love Madchen Amick but I’m starting to hate Alice. I was already indifferent about Hal, so nothing’s really changed. His actor is fine.

— Veronica’s a very supportive friend and so is Valerie. I really don’t want this to become even more of a love triangle thing, but I highly doubt whether that’s going to happen.

— Good to see they’re going with Hermione/Fred and not Fred/Grundy (aka Gibson) Her absence from this show feels like a cleansing. I’m happy for both of them, maybe he can help her.

— Archie, you’re so bad with relationships. I feel like that’s probably tied into his experiences with Gibson. The boy needs therapy, because being abused like that can really mess with your head. Maybe being with Valerie will help? She seems stable enough.

— Adding Veronica in a backlash move before the show was a good strategic move on Josie’s part. I loved their bonding time together, and while I’m happy that Valerie came back to sing with the Pussycats I do hope to see more interactions between the two of them. That being said, it was really sweet that Valerie came back to the Pussycats to help Josie.

— Veronica’s underage, right? She’s the same age as everyone else? If so, I’m pretty sure making Veronica a legal officer of the Lodge family business isn’t legal. Then again, nothing Hiram does is legal apparently, so why am I even surprised. Still, bad on Hermione for forging her signature even if it was to help Fred.

— The nunnery is terrifying It makes me genuinely extremely anxious and I hate it. Good for Polly for breaking out, bad for her for doing it while bleeding and very much alone. 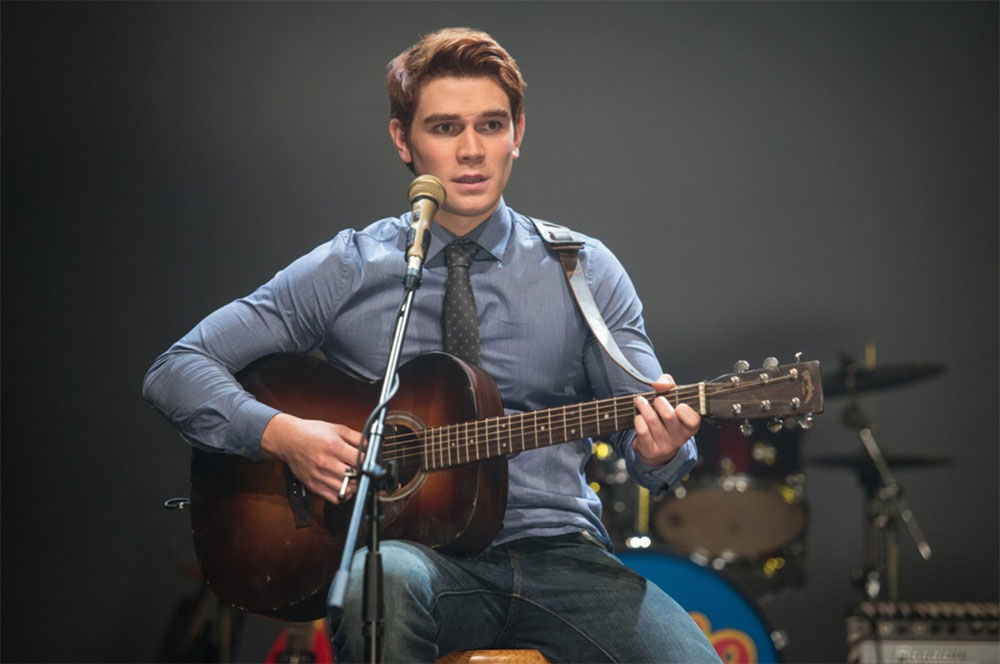 — The Cooper sister reunion is precious, and I’m so happy that they get to have that time together. I wish I could see more of them together, but sadly the circumstances of the show won’t allow that to happen. Rest in peace my dreams for that, I guess.

— I don’t like Jughead and Betty as a couple. It just seems like a bad pairing off. Maybe that’ll change, but for now it’s iffy.

— Riverdale Parents Ranking: Fred, Sierra, Hermione, Myles, Alice and Hal. Polly, while pregnant, does not count as a Riverdale parent. Myles is above Alice and Hal because, while he left during Josie’s performance, at least he didn’t lie to her constantly.

“What do you say Archiekins, are you the Jay to my Bey?” – Veronica

Episode 7: “In a Lonely Place” Synopsis 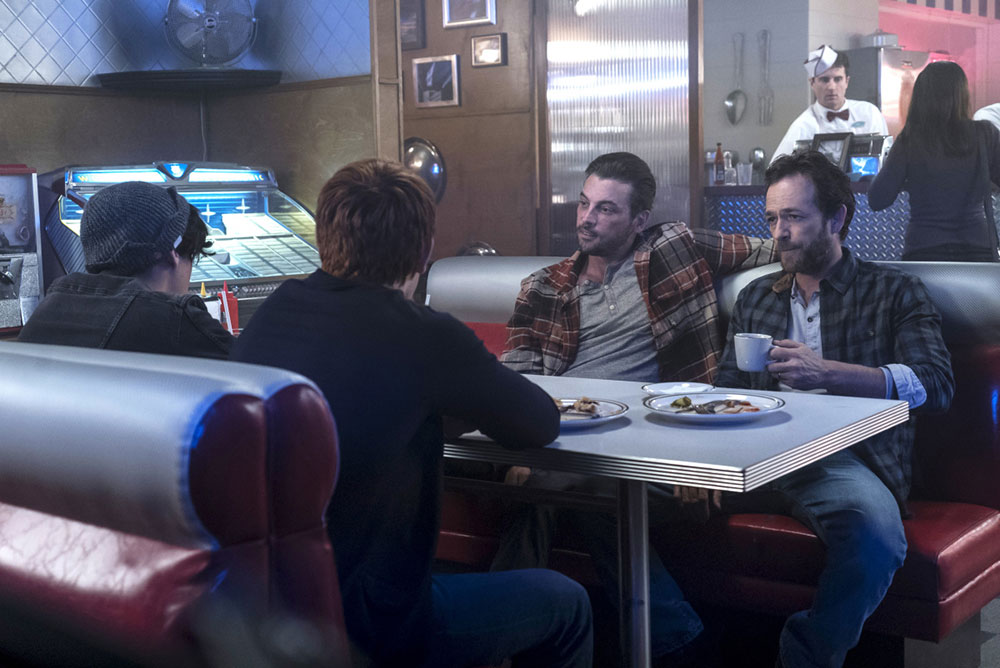 The Lodges begin a cold war — fighting against each other because of what Hermione did. After a financial battle of wits, they compromise over both her relationship with Fred and over the Lodge-Andrews partnership and tell Hiram about the forgery over the phone from his cell in prison.

Jughead, still homeless, goes from living in the high school to living with Archie and his father — who forges a time card for July 11th for Jughead so he isn’t a suspect in the death of Jason Blossom. The Blossoms, meanwhile, begin to blame the now escaped Polly for Jason’s death. Alice reveals that Polly is pregnant and pleads for her to come home — although Betty knows that she’s hidden away in the Cooper family attic.  Upon learning this, the Blossom parents start grappling for the baby while Cheryl just wants to help her frenemies. Polly eventually ends up staying with the Lodges. 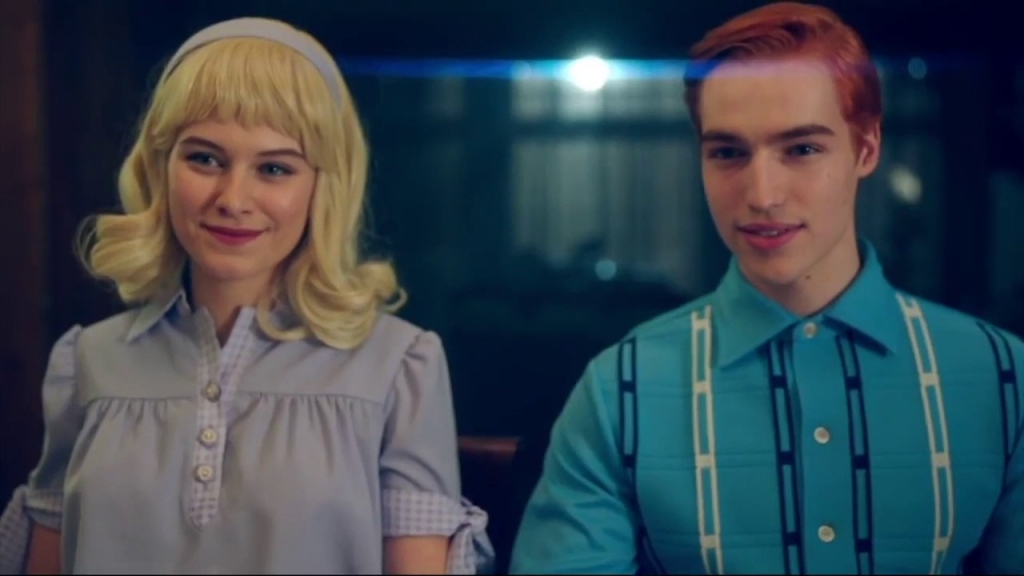 — I genuinely hated the dream sequence. It made me feel kinda grossed out. I did appreciate the fact that this is apparently the only way the Cooper sisters get to be happy though. That and the dress Betty was wearing. I’m a sucker for 50s fashion.