Join me as I embark on a semi-serious review/recap of the entire “Riverdale” series, beginning with Season One, Episode One. 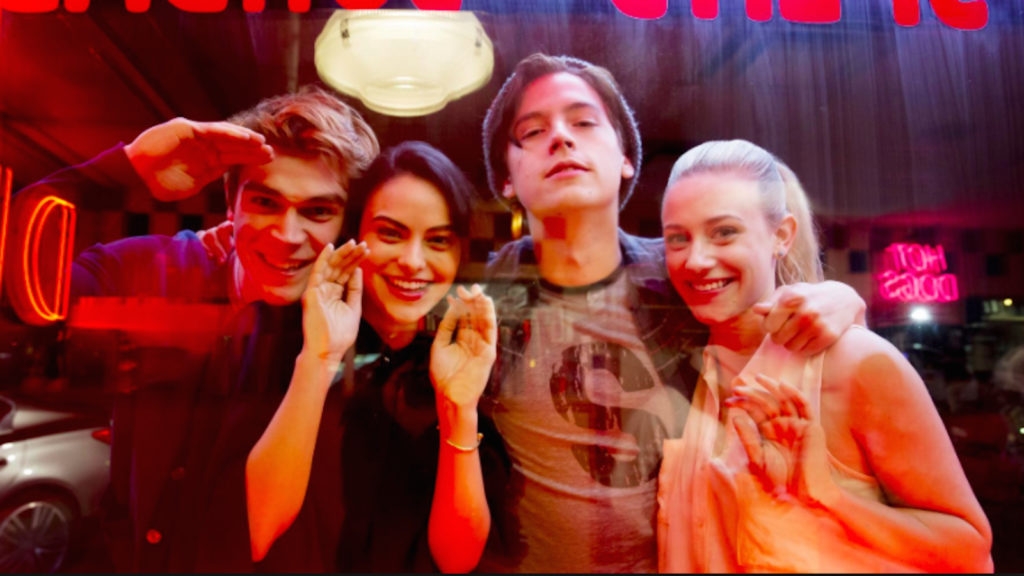 A lot of shows with strange concepts become hits: a man and his wife have to hide her zombie tendencies from their suburb (Santa Clarita Diet), a hitman becomes an actor while trying to take out a mark (Barry), a cat and a dog are born fused together by their innards and confound the world at large (Catdog).

It’s not like anything weird can’t become famous. However, there’s certain concepts that seem completely out of bounds, even for the trained tv viewer.

One of those concepts, under most circumstances, is the phrase: ‘characters from Archie Comics, but sexy and edgy’. Edgy reboots rarely work, and this one seems absolutely ridiculous on paper. The squeaky clean town of Riverdale, (possibly) New York, filled to the brim with happy-go-lucky teenagers whose biggest issue is who Archie’s gonna take to prom? It seems laughable.

But then Riverdale happened, headed by American Psycho: The Musical book writer and Archie Comics Inc creative director Roberto Aguirre-Sacasa (who once wrote a play about a gay Archie Andrews, but had to change it when the company he would one day work for threatened to sue).

I got into Riverdale during its latest season, number three on the CW network, and it’s become a guilty pleasure. It’s not a good show; there’s a lot of problematic elements, and the writing is spotty to say the least. But it’s like watching a house burn down while fireworks blow up inside it: it’s insane, and awful to look at, but you can’t look away.

Which is why I’m going to watch every single episode and review/recap them here for you all. 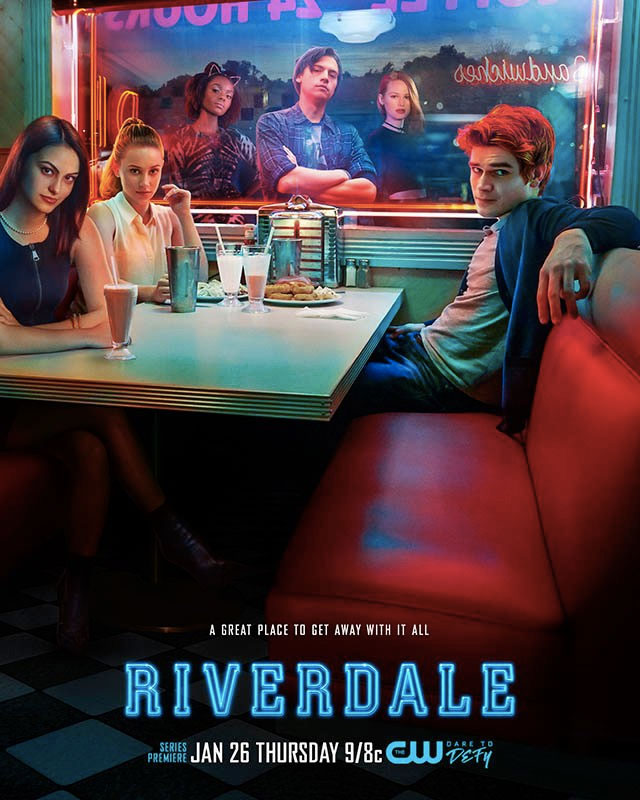 These will be a small synopsis of the episode, then a bullet-pointed list of my observations and opinions. Two episodes an article (with this as an exception), until we catch up with current canon. If  you’re looking for anything serious, this might not be your cup of tea. I will not hesitate to make jokes about this show, nor will I hold back in pointing out some of the more problematic elements.

So, if you’re on board, grab your maple syrup and your sanity, and let’s get into episode one: “The River’s Edge.” 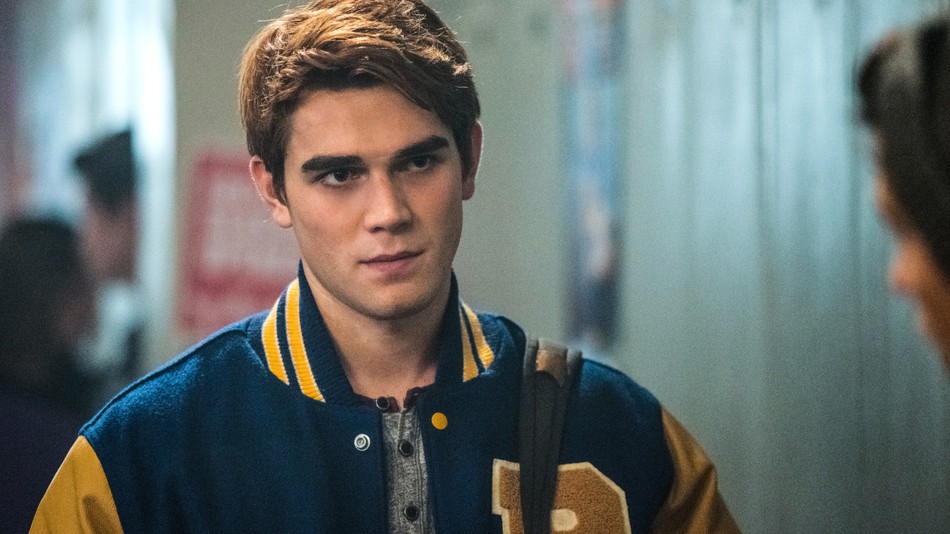 Over the summer before the season starts, Jason Blossom is killed and his body is never found. His sister Cheryl mourns his loss, and the town tries to move on by having a back to school dance. Archie Andrews — who is struggling with choosing between the family business, football, and music — goes with Betty Cooper, his best friend who has some possible mental health issues, and the new girl Veronica Lodge, whose father Hiram has been tried for fraud (which is why her and her mother, Hermione, move out to Riverdale).

Veronica and Archie kiss at Cheryl’s post-dance party, and Archie rejects Betty’s crush on him — leaving both broken hearted. Archie also has to deal with the ripples left behind after a summer affair with his teacher Miss Grundy and a falling out with Jughead Jones. Finally, Kevin Keller, one of Betty’s other friends, goes to Sweetwater with a football player named Moose, and they find Jason’s body and discover that he was shot. 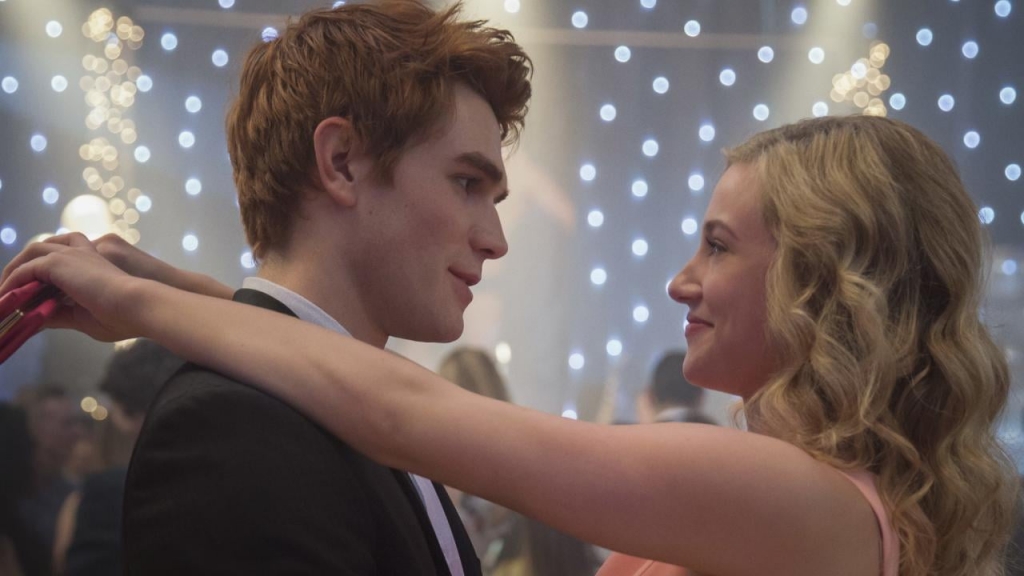 — The incestuous undertones between the Blossom twins are heavy, even in the first minute. We get even more of it from Cheryl calling him her soulmate, and the cover of the song the Blossom parents were listening to when Cheryl and Jason were conceived. This is not the last time we’re gonna have undertones like that.

— It’s always lovely seeing Madchen Amick in anything, and I’m intensely excited to see her Alice Cooper from her in-canon beginnings escalate to where she is now. She’s delightfully bitchy in this so far,  but she really does appear to care so much about Betty.

— The Lodge women are amazing, and Veronica’s wardrobe is gorgeous. Although the phrase “I’m Breakfast at Tiffany’s and this place is strictly In Cold Blood” seems a bit like a merch-y phrase rather than something a teenager would actually say. That happens a lot in the show though from what I’ve learned. 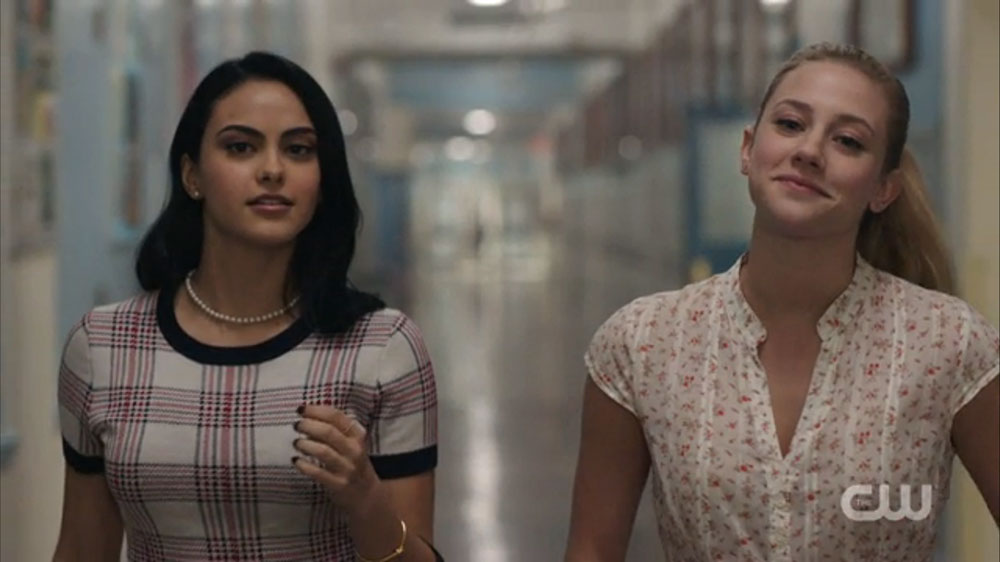 — Kevin Keller’s nestling into the GBF (gay best friend) trope set out for him as expected. ‘Take that ginger bull by the horns’, even just hearing that made me wince a little inside. Hearing someone use ‘endgame’, completely unironically, is both completely hilarious and cringeworthy.

— Betty Cooper being on Adderall is iffy, considering what I know happens with drugs (including Betty in relation to drugs) in the third season. I hope that shot of Betty having stabbed into her palm so hard with her nails that she bled while in a moment of deep anxiety and pressure comes back — it’s a good character point for her.

— Her friendship with Veronica is adorable, and I wanna see more of it. Let Veronica be protective of Betty 2kInfinity.

— I love the Pussycats. Josie’s complete rejection of Archie’s lyrics as a replacement for the work she and the others did is so wonderful. Archie’s not that good of a singer, let’s all be very real here, and I far preferred the Pussycats’ cover of ‘All Through The Night’ by Cyndi Lauper, and the acapella version of ‘Fear Nothing’ Archie interrupted, to whatever the clips of him singing were.

— Cheryl’s my favorite character so far. She’s so delightfully bitchy, and her emotional reaction to Jason’s death is actually more-than-a-little compelling. Madelaine Petsch is stellar as a mean girl, and I’m eager to see the depths Cheryl’s going to sink to this season.

— The scenes at the dance were lovely: I adore the costumes. The multiple pictures of Jason Blossom are creepy as hell. I loved the inclusion of ‘I Took A Pill In Ibiza’’s remix over the talk between Grundy and Archie. It’s just depressing enough to fit.

— I was really hoping Jughead’s narration wouldn’t come back. He sounds like a depressed muppet.