We continue our recap of the entire Riverdale series with episodes 7 and 8 of the third season, “The Man In Black” and “Outbreak”.

Season 3 Recaps:
Episodes 1 and 2: Labor Day and Fortune and Men’s Eyes
Episodes 3 and 4: As Above, So Below and The Midnight Club
Episodes 5 and 6: The Great Escape and Manhunter

Episode 7: “The Man In Black” Synopsis 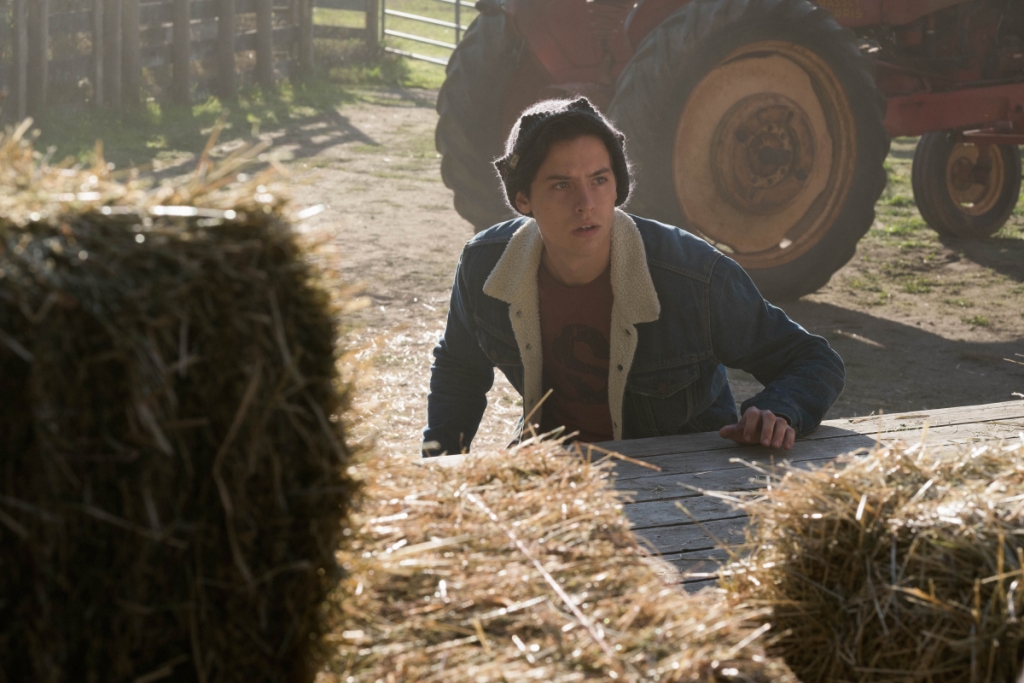 JUGHEAD AND ARCHIE: After fleeing up into the forests to escape Hiram Lodge, Archie and Jughead end up on a farm. One minor gunpoint scare later, Laurie Lake and her sister Gracie allow them to stay there while their father and brother are down river. Archie helps around the farm while Jughead tries to understand what’s going on around them while still doing research on G&G – which has made its way up to there too. As he learns that the town they were in was essentially destroyed by Jingle Jangle and Fizzle Rocks (candy mixed with drugs), Archie ends up kissing Laurie in the barn. Jughead finally talks to some girls and learns that everyone in town works for ‘The Man in Black’: Hiram Lodge. After freeing Archie, who was trapped by Laurie Lake, he and Jughead run away before Hiram can catch up to them. They make a new plan: go to Toledo and meet with Jughead’s mom. 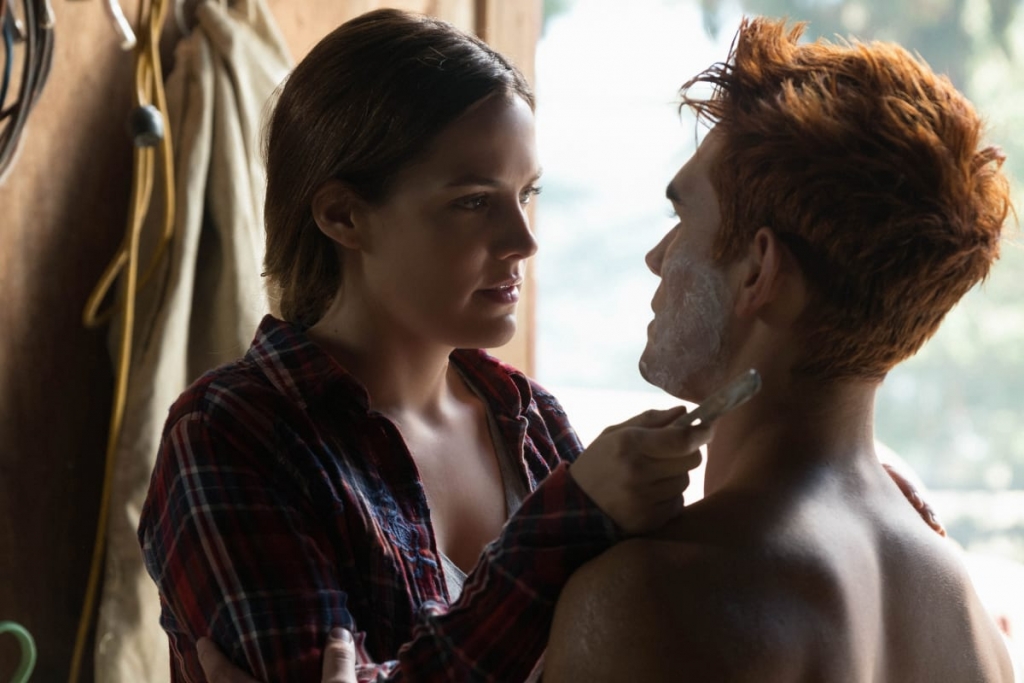 VERONICA: Fed up with her family, Veronica moves out of the Pembrooke and into La Bonne Nuit  – which is faltering along with Pops. She meets up with Elio who agrees to have a one-night-only casino set up, and bring some of his gambler friends, for ten percent of the profits. Ignoring her father’s warnings and banishing him from her shop, the casino night kicks off with Elio fleecing the place for all its worth and Veronica finally challenging him to a game of blackjack – with the deed for Pops’s hanging in the balance, winner take all. She wins, but it turns out that she actually took her father’s advice by hiring a dealer friend of his. Pops is reasonably upset by the fact that she’s bringing illegal gambling into his diner, but even more upset by the thought that Veronica doesn’t see her father as that bad since Sheriff Minetta might have turned up dead. 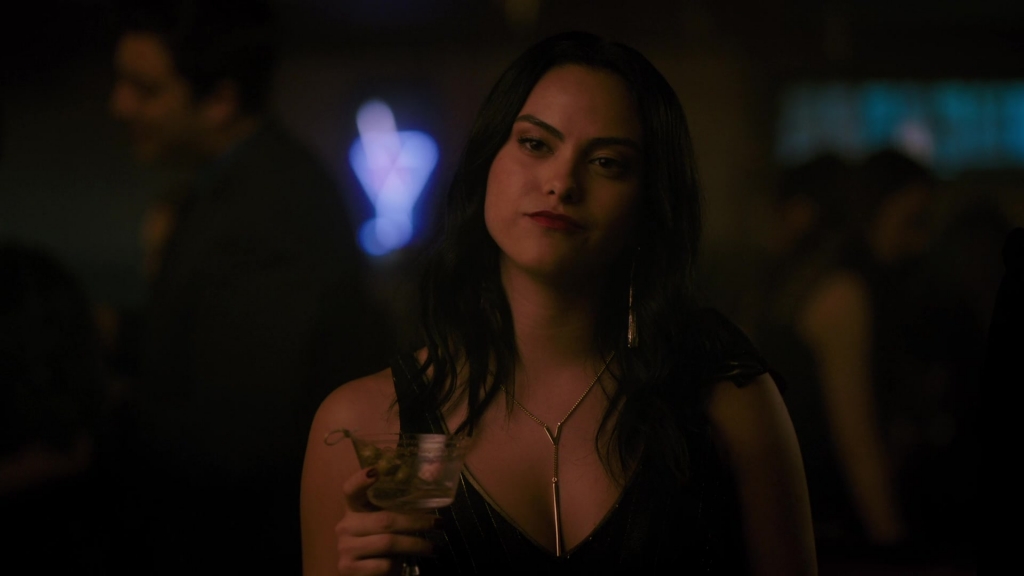 BETTY: After undergoing an ink blot test, Sister Woodhouse gives Betty Fizzle Rocks for ‘good behavior’. Betty throws them away before seeing her new roommate, Ethel Muggs. Ethel promises to keep the facts about Fizzle Rocks a secret after showing Betty her vision board, affirming that she’s the queen bee at the school, and making Betty promise to do better. Betty witnesses Hiram and Sister Woodhouse making a deal, and finds a chamber with a glowing cross above it: the chamber of the Gargoyle King. After fighting with Ethel and faking a seizure  to get into the infirmary, she discovers that the  Bullio Lapis she’s been dosed with is Fizzle Rocks and that Hiram is using the girls as guinea pigs. A failed escape attempt later, she’s captured, drug