Making its US premiere at Fantastic Fest, Taika Waititi’s sentimental satire “Jojo Rabbit” is at once hilarious, heartbreaking, and hopeful. 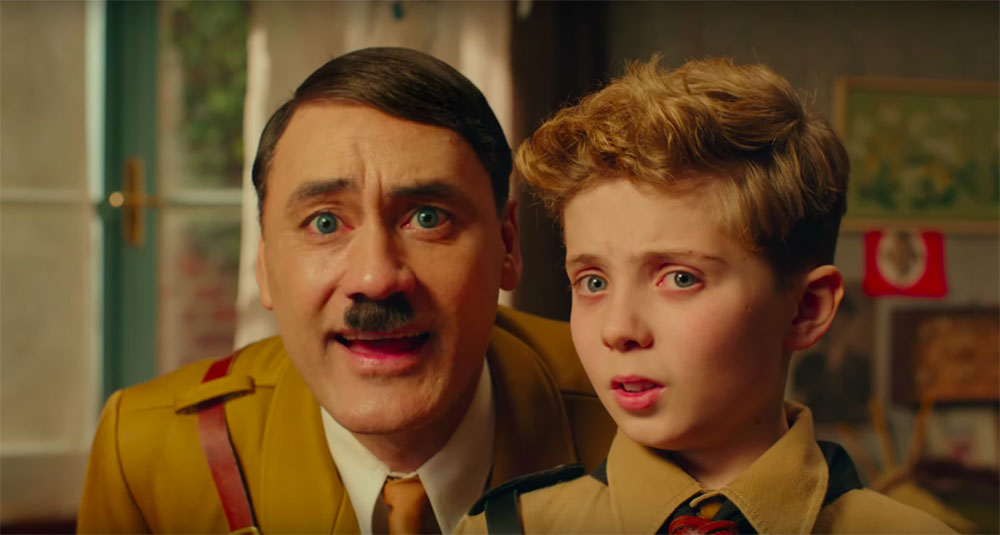 What if I told you I had just seen a remarkably beautiful and touching film, set during the end of World War II in the middle of Nazi Germany, about finding the beauty in humanity while surrounded by unimaginable cruelty? Imagine I went on to tell you that it was a film about survival and hope, and about finding the courage to do what’s right no matter the cost.

You probably have a pretty clear picture in your head, right?

Then imagine I told you that, during this same film, I laughed harder and more consistently than I can remember doing in quite some time. No doubt, that picture in your head just became a lot fuzzier.

And that is the sheer magic and surprising genius of Jojo Rabbit. 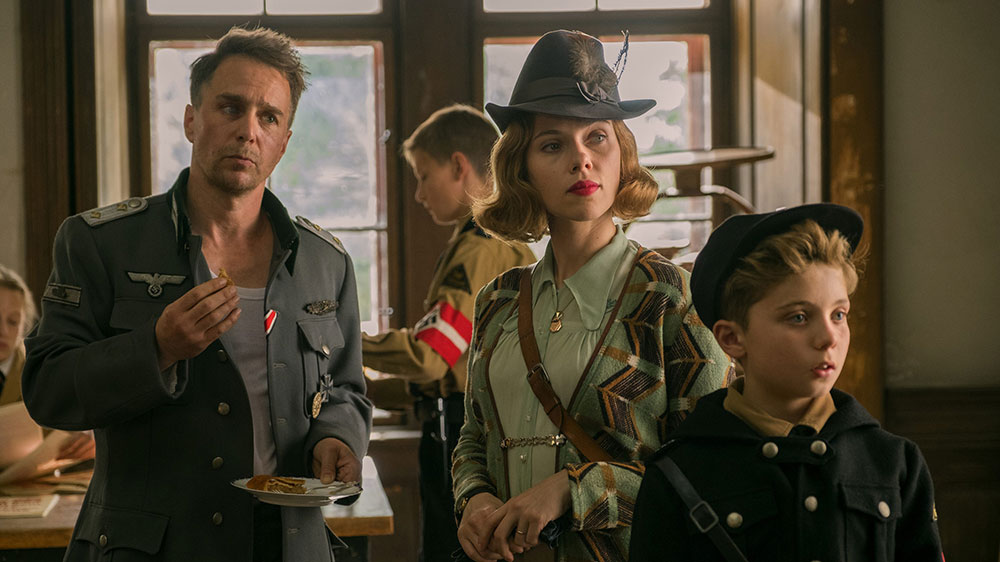 What starts out as a whimsical, effusively charming and joy-inducing comedy slowly strips its layers to reveal something much more poignant — equal parts heartbreaking and heartwarming. But the reveal is done with such a slow and sure hand that you don’t even realize what an emotional tour-de-force you’ve experienced until after the credits roll.

Adapted from Christine Leunen’s “Caging the Sky”, Jojo Rabbit revolves around a plucky 10-year-old named Jojo Betzler (Roman Griffin Davis) who dreams of joining Hitler’s personal guard. When we first meet him, he’s eagerly heading off to a Nazi Youth camp. Emboldened by the encouragement of his imaginary friend, the Fuhrer himself (played by director Taika Waititi), he’s full of wide-eyed optimism and enthusiasm.

After Jojo’s dreams are immediately crushed due to a devastating first day at camp — one that begins with bullying and ends with a freak pipe bomb accident — we learn more about why Jojo so often seeks solace from his highly unusual, imaginary mentor.

A lonely boy who is picked on by his peers, Jojo is desperate to belong and feel special. 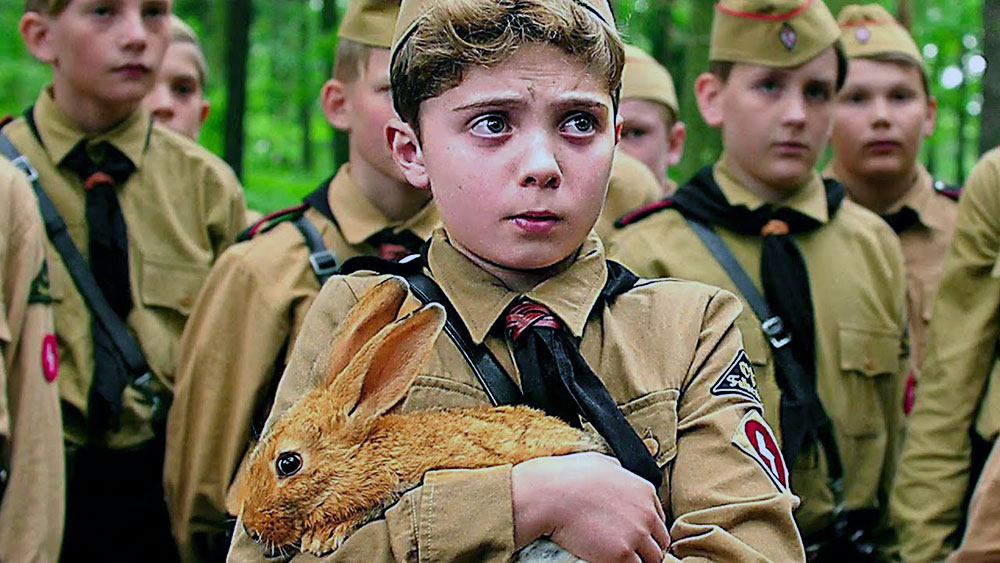 His older sister has died. His father is away at war, but there are rumors he has deserted his Country. His mother (Scarlett Johansson) is a kind-hearted soul who does everything she can to support her son’s dreams, though she hates the war and everything the Nazi party stands for.

While at camp, we learn that Jojo’s resolve to kill isn’t as strong as he would like when a couple of older boys order him to strangle a defenseless rabbit. Unable to reconcile this senseless act of cruelty, Jojo frees the rabbit and runs off, earning him the nickname Jojo Rabbit.

His resolve to be a good little Nazi is tested further when he discovers that his mother has been secretly harboring a Jewish teenager named Elsa (Thomasin McKenzie). He’s horrified but knows he can’t tell anyone without risking dire consequences. With both their lives in danger, the two are forced into an uneasy alliance to hide the truth. And as they slowly begin to get to know each other, Jojo is forced to rethink everything he thinks he knows. 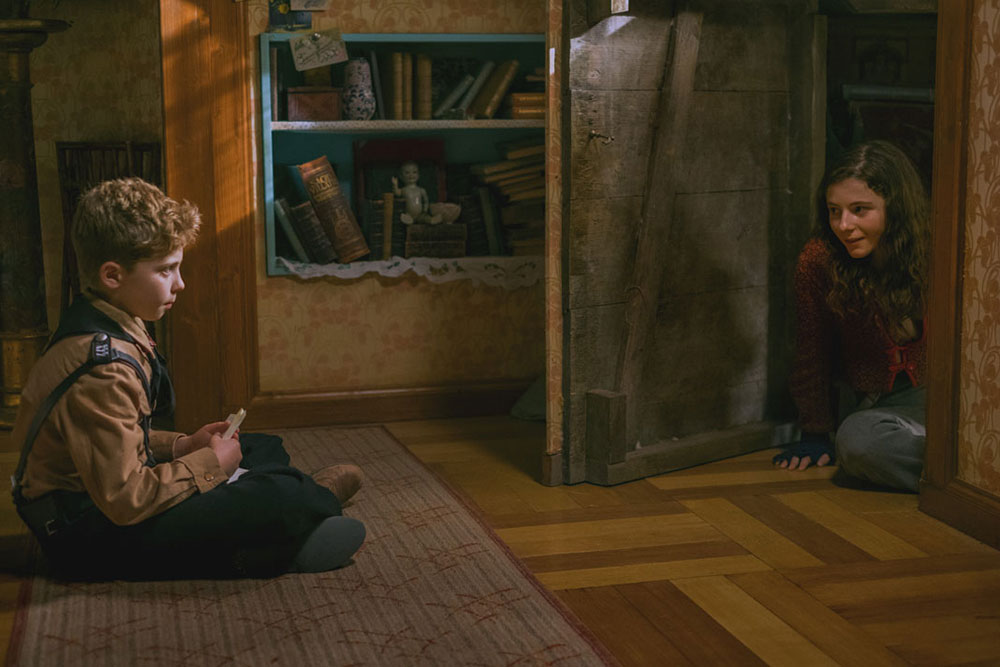 While the war rages on around him, Jojo fights his own battle inside his head.

It’s a battle between who he is and who he thinks he should be, between the hate he’s been taught and the empathy and humanity he innately feels.

For a film whose heavy subject matter revolves around a young Nazi sympathizer, a mother secretly fighting in the resistance, and an orphaned Jewish girl living in fear, JOJO RABBIT is joyful to watch from the first frame to the extraordinary last.

The cast is pitch perfect, from the leads to the background players. 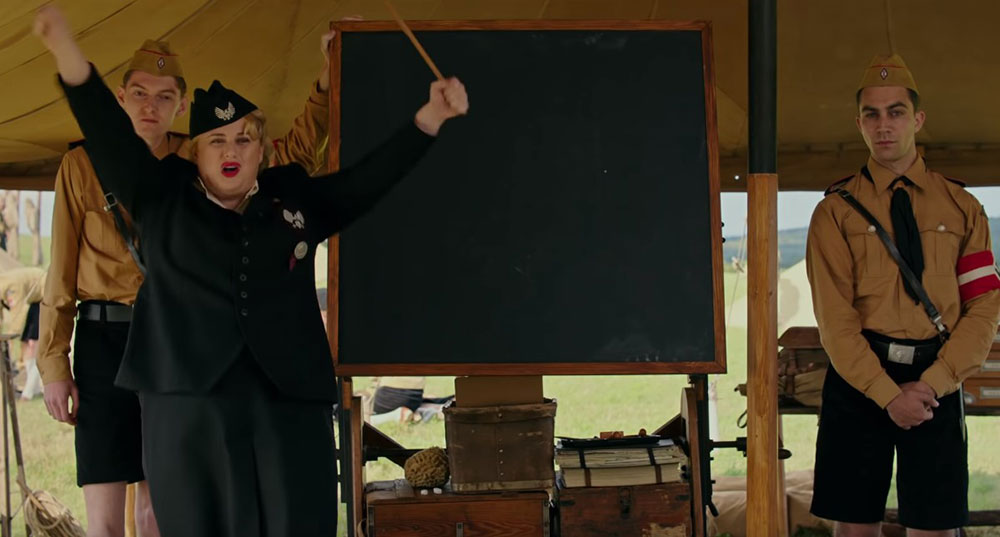 Johansson shines as a young mom doing her best to balance her convictions with her unconditional love for her son. Sam Rockwell is hilarious and completely charming as a war-weary Nazi now stripped of glory and saddled with babysitting duties. And from the trailer alone, you’re likely already in love with Waititi’s endearingly buffoonish and delightfully insecure portrayal of Hitler.

Rounding out a cast that boasts such talent as Rebel Wilson, Alfie Allen, and Stephen Merchant, newcomer Archie Yates as Jojo’s best (non-imaginary) bud Yorki is an absolute revelation. He’s so thoroughly captivating and side-splittingly funny that he threatens to steal the entire show at times.

The strongest part of the film, however, is the budding relationship between young Jojo and Elsa. The two have a great chemistry, and there’s a genuine warmth and affection that lights up the screen as their friendship develops. McKenzie is fantastic as a scared young woman in an unthinkable situation, who still exhibits enormous inner strength, compassion, and quick wit. 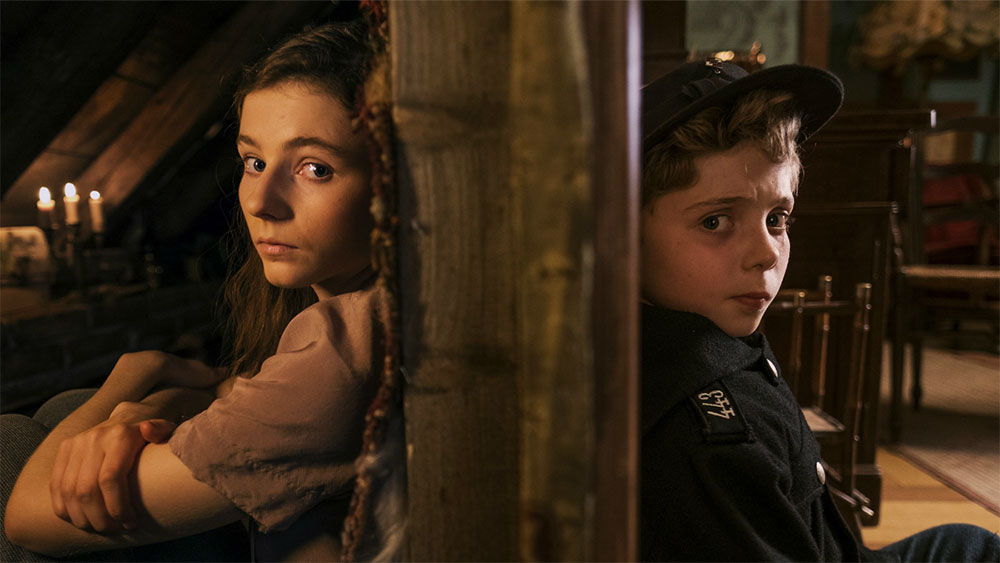 As you’d be right to expect from Taika Waititi, there’s plenty of irreverent humor and wry absurdism to keep audiences laughing.

It’s beautifully shot with gorgeous cinematography, at times feeling quite reminiscent of some of Wes Anderson’s finest work.

Despite the humor, doled out liberally and to great effect, this ultimately is a film with a message. But while the important social commentary hits home — a clear commentary on our troubled times and our divisive political landscape — it never feels heavy handed or oppressive.

I’ve seen early reviews of the film argue that the message is too simplistic, that the film is not boundary-pushing enough to sufficiently address the unspeakable horror of one of history’s darkest moments or the frightening parallels revealed in modern times.

Yes, the message is quite simple. It’s about having hope even when the odds feel insurmountable. It’s about learning to accept and trust who you are, even if it means you might not fit in. 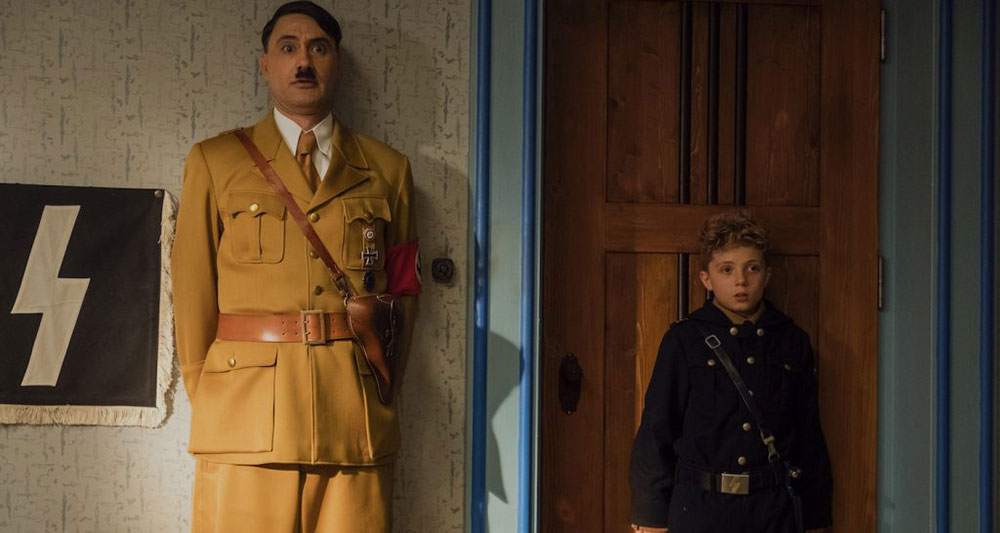 And it’s mostly about what so often feels like a trite platitude: love conquers hate.

I read one reviewer say, “It’s a nice thought, but not very realistic.” That’s an understandable sentiment when faced with terrifying rise of hateful, fear-based rhetoric and violence seen around the world. It’s understandable for a film set during one of the bleakest times in human history.

Except sometimes it does. Sometimes it has. It did once in 1945, when much of the civilized world rose up and demanded an end to human atrocities. And maybe, just maybe, it will again. That’s the kind of hope Jojo Rabbit embraces. And I, for one, am all in.

Jojo Rabbit opens in US theaters October 18 from Fox Searchlight.