Around the World in 80 Films: Belgium, Netherlands

Our next stops on our trip around the horror world are in Belgium and The Netherlands to check out two wonderfully weird exports from the late 80s. 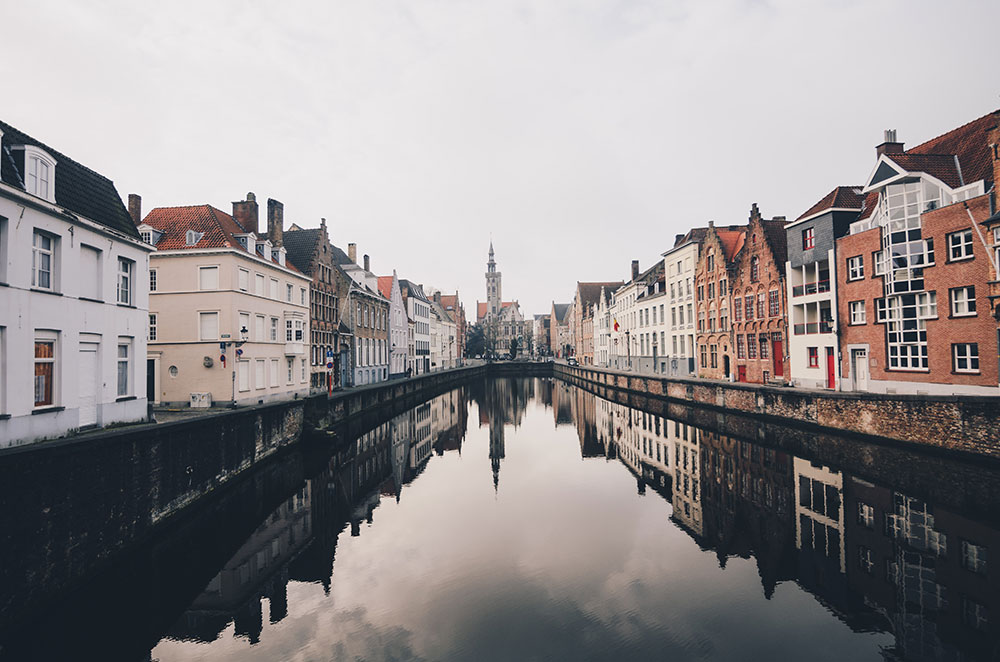 Welcome back to Morbidly Beautiful and our ongoing series exploring exceptional and often unsung horror films from around the world. In 2019, we began in the United States, Texas to be exact. And we traveled far and wide, from horror meccas to hidden horror jewels, visiting Mexico, South America, Africa, Spain, France, and Italy.

We begin 2020 with two short trips to countries that are not as well known for their horror production but certainly have some interesting exports worth discussing, Belgium and The Netherlands. 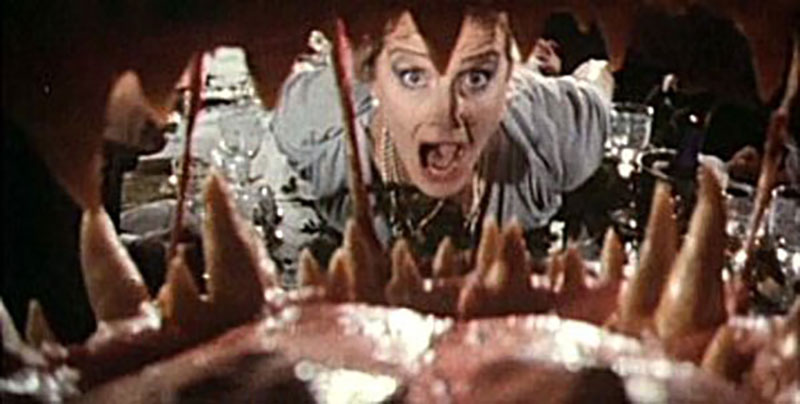 Our first stop is Belgium. While the Belgians may be are most famous for their exportation of delicious waffles, their contributions to the horror world are just as sweet. Using Letterboxd as one of the main resources, I found exactly 100 movies produced in Belgium which qualify as horror.  Upon further investigation, many of these, like the excellent Raw and Mandy, are cross productions with other countries — mainly France.

In an effort to dive into films that are exclusively Belgian, I was left only a few options. Now, the most famous of Belgian horror films is the highly sexualized Daughters of Darkness  that Joe Bob Briggs hosted during his Last Drive-In Marathon in 2018. But honestly, what could I say about this film that Joe Bob hasn’t already said? So, while I’m not going to talk about that one here, I encourage you to head over to Shudder where you can watch the archived version of THE LAST DRIVE-IN: JULY 2018 MARATHON to hear Briggs’ thoughts on this infamous Belgian export.

What I am going to talk about, in keeping with the spirit of exploration, is a film a little more off the beaten path: 1988’s Rabid Grannies. 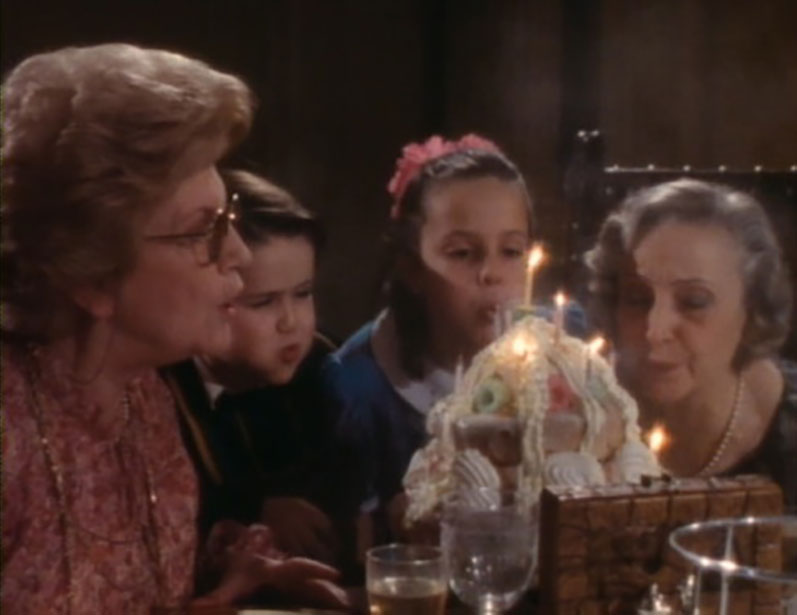 While this film was exported from Belgium, it was somehow imported via Troma. I’ve done a fair bit of research, and most Troma films are American or Canadian productions. This gory gem is one of their very few international features, which also happens to be one of the company’s most infamous titles. And it’s absolutely insane. How insane? Imagine The Evil Dead, but instead of demons being raised by reading from the Necronomicon Exmortis, they were raised by a cursed birthday cake. Exchange the cabin in the woods for a drafty castle, and swap a bunch of possessed college kids for sweet old grannies, and you have the makings of something truly amazing.

Rabid Grannies follows two elderly women celebrating their birthday with family in a drafty old castle. However, this duo used to be a trio. The third granny has been left out of the party because her son has dabbled with satanism. Jilted by the other grannies, she seeks her revenge by serving them cursed wine during the birthday party. And that is when all hell breaks loose! Cannibalistic, gooey, demon possessed grandmothers begin running around the castle, murdering their family members and priests.

And just when you thought it couldn’t get crazier, the priest in the house gets an AR-15 to shoot up the rabid grannies, but these clever girls outsmart him by putting on a suit of armor.

As I said, this one is crazy! But it’s also crazy fun and highly recommended. You can currently find it streaming on Amazon Prime. 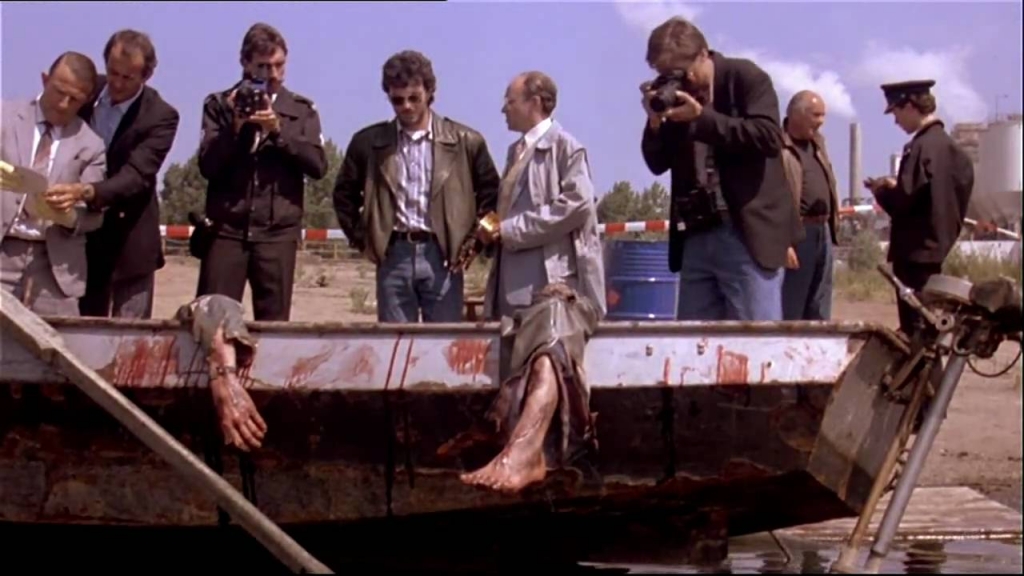 The Netherlands, per letterboxd, has produced even less horror films than Belgium, with only 75 films in the category.  The most famous films from The Netherlands are from the extreme horror series The Human Centipede.

But the Netherlands are also known for two horror films set in elevators: 1983’s LIFT and its 2001 remake (remade by the same director, Dick Maas), DOWN. It’s interesting that one small country with such minimal horror output would have produced two films from such a specific sub genre of horror.

However, the film we will be covering here is one set in the nation’s capital. It also happens to have the best title ever: Amsterdamned.

I’ll be honest, the only thing I knew about Amsterdamn prior to watching this movie was that marijuana was legal. I cannot tell you how shocked I was to learn that the country is basically built on water and has numerous canals similarly to Venice, Italy. 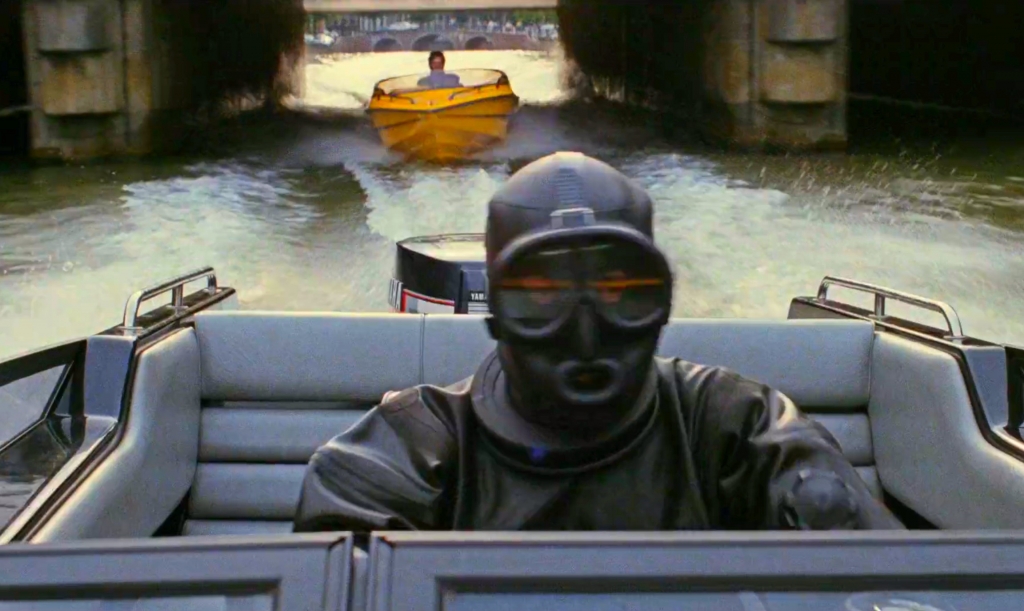 The perfectly named Amsterdamned utilizes these canals to their greatest potential possible. This is a slasher, and unlike other slashers where the killer stalks through the woods or a dark house, this killer, in a full scuba suit, stalks his prey by swimming through the canals and pulling people into the water.

Much like the Belgian film choice, this film is also a bit of an import as it plays out more like a mix of Italian giallo and American action films.

This film also shares a connection to Rabid Grannies because, like that film, this one’s story is pretty out there. A scuba killer stabs random people while the least tough guy looking tough guy cop follows the clues, essentially just a broken scuba device, in an attempt to stop the killer. The whole thing culminates in a very, very dangerous looking speedboat race through the canals of Amsterdamn.

Overall, it’s a fantastically crazy movie with an even more insane soundtrack that is definitely worth a watch, especially for the confusing twist at the end that will leave you scratching your head. Amsterdamned is currently streaming on Shudder.

If you are hungry for more horror from these countries, I highly suggest the original elevator film LIFT, as well as a more recent Belgian horror, Cub, which is a wild film about a feral child. I also suggest the classic Daughters of Darkness, which I recommend watching along with Joe Bob Briggs on Shudder. Make sure to follow Morbidly Beautiful (and me) on Twitter, Facebook, Instagram, YouTube or wherever you consume social media for the latest in the series as well. You can also check out this letterboxd list.

In the next entry of the series, we will be exploring Horror from England as well as diving deep into the wonderful world of Hammer Films.