We continue our recap of the Riverdale series with episodes 7 and 8 of the second season, “Tales From the Darkside” and “House of the Devil”.

Season 2 Recaps:
Episodes 1 and 2: A Kiss Before Dying and Nighthawks
Episodes 3 and 4: The Watcher in the Woods and The Town That Dreaded Sundown
Episodes 5 and 6: When a Stranger Calls and Death Proof

Episode 7: “Tales From the Darkside” Synopsis 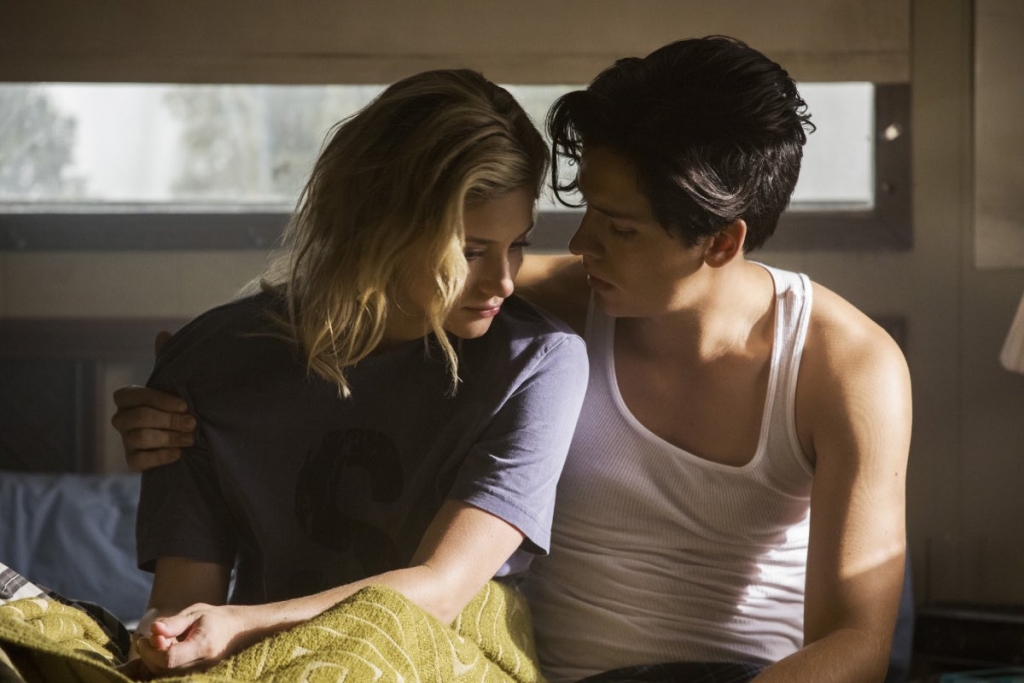 This episode is divided into three distinct parts: the tale of Archie and Jughead, the tale of Josie, and the tale of Betty and Veronica. Overarching the whole thing is a threat from the Black Hood, delivered through Pops, that the town must remain sinless for 48 hours or he’ll strike again.

Archie and Jughead: In order to help his father after he’s attacked by Ghoulies, Jughead takes a deal with Penny Peabody to help transport a one time shipment ‘pancake mix’ to Greendale. On the way, their tire blows out and a farmer helps Jughead along while Archie waits with the car. Jughead learns about the Riverdale Reaper and almost gets beaten up while dropping off the stuff only to get saved by Archie and learn that it’s a regular mission. He then learns that Penny lied to him and now she’s blackmailing him for his father’s sins.

Josie: Josie begins to receive threatening notes and gifts from a secret admirer, including threatening love letters, a teddy bear, and a pig’s heart accompanied by the note ‘If I can’t have you, nobody can.’  At the same time, her mother receives death threats and pleads with her daughter to be home before dark. In the end, Chuck Clayton (who has been trying to court Josie) is taken to Principal Weatherbee’s office by the janitor Mr. Svenson as a prime suspect. Cheryl, who’s been helping Josie not only with this case but with her music career (sending off a tape of her singing ‘Milkshake’ to Shabbey Road Studios without the other Pussycats knowing, leading to the band’s breakup), is implied in the end to be the true stalker.

Betty and Veronica: Betty and Veronica both have theories about Sheriff Keller. The former thinks he’s having an affair while the latter things he’s the Black Hood. While Veronica bonds further with Kevin, including a sleepover at the Pembrooke, Betty investigates what happened to Mr. Phillips while under the Sheriff’s watchful eye. Of course Betty’s theory is proven wrong and she’s given an alibi, but Veronica’s theory is spot on as she and Betty catch the Sheriff and Mayor McCoy kissing  at the Shady Palm Hotel.

In the end, everyone fails the test and the ‘reckoning’ will be upon them all. 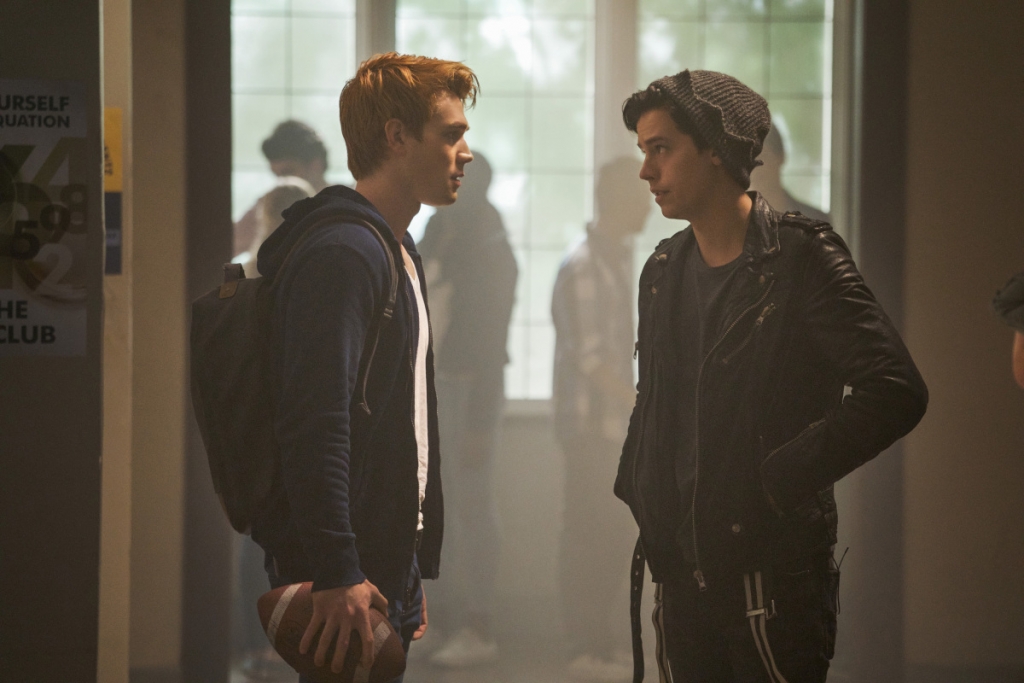 — I won’t have as many observations for this episode since it was mostly world building.

— The scratchy text and audio at the beginning was a good spooky touch. Speaking of Spooky, the ranking for the three versions heard in the episode is: Dusty Springfield’s version, Josie’s version, Chris Montez’s version.

— Archie and Jughead’s story was really boring, honestly. I know it’s important for the future of the story at large, but it was dull compared to everything else.

— I did enjoy learning about the Riverdale Reaper and a trip to Greendale. Nothing says fun like going elbow deep into spooky territory. 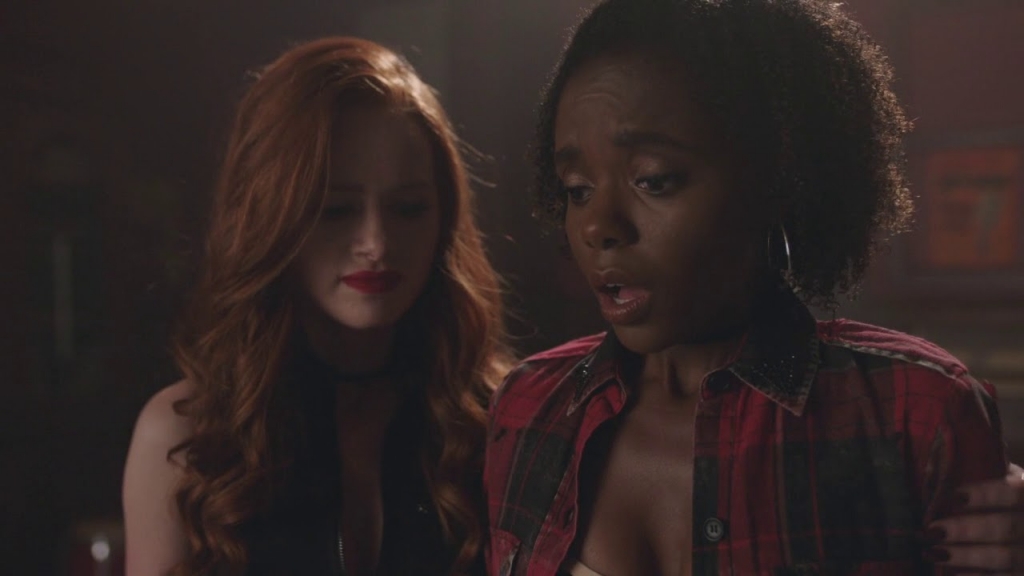 — If this is how they’re starting a storyline about Cheryl being a wlw (woman-loving-woman), this is the literal absolute worst way to do it. We could absolutely do without it starting off with Cheryl being a stalker. Maybe show her having a normal crush on Josie while someone else plants the pig’s heart and the threatening notes — the Black Hood or some racist jackass at the school (especially since it’s implied that her mother gets racist letters because she’s the mayor). But if this is the start of a Cheryl realizing she’s interested in women subplot, this is not the way to go. Of course, that’s just my sapphic pair of cents.

— If this is the last episode of Josie and the Pussycats’s existence as a band, I’m going to be severely disappointed. This is not the way this band should go down.

— Maybe this is actually Chuck starting to become a better person? Who knows at this rate, the writers of this show switch around motives and personalities like its a shell game and no one wins.

— Chuck and Josie dancing was cute.

— Seeing Sierra and Josie this episode made my heart get all fuzzy. Good to see a mother in this town who’s actually a good one (I specify ‘in this town’ because Mary’s still a very good mom). 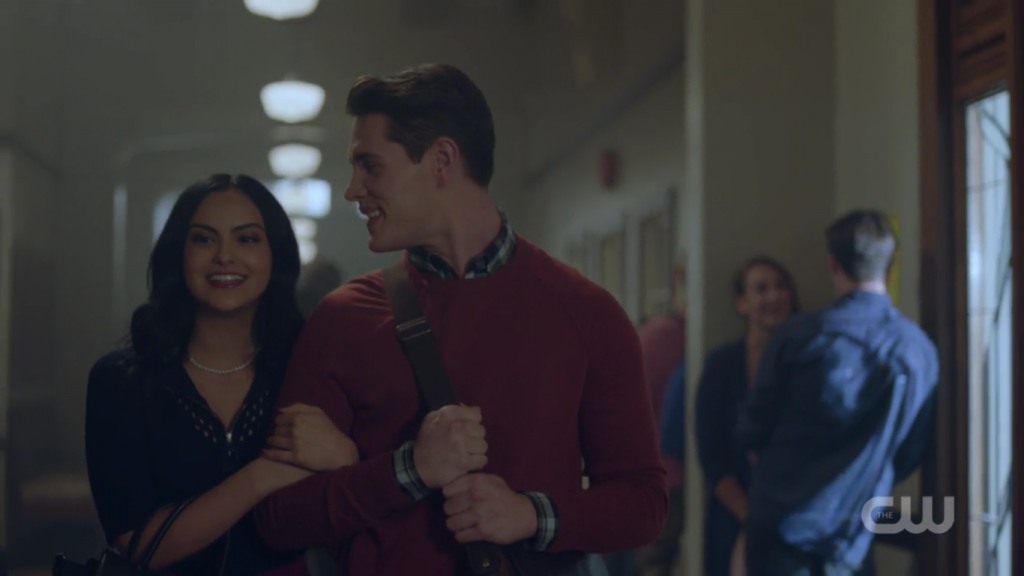 — Why is Sheriff Keller letting a fifteen or sixteen year old look at a whole lot of evidence when her parents have released what should be evidence into a newspaper multiple times? Seriously, he’s dealt with the Coopers before, why?

— Also, how old are the teenagers this season? Are they all still sophomores? Riverdale please give me a timeline, that would make this so much easier.

— I don’t condone cheating, but if that wasn’t a factor Sheriff Keller and Mayor McCoy could be a cute couple! Besides Fred, they’re clearly the ones who care most about their children in this hellhole of a town.

Honestly, none of the lines were explicitly cursed this episode. The closest one was “Out of my way, Bert and Ernie!” from Cheryl and that just made me laugh. Although, Veronica calling Kevin a character from a lost Tennessee Williams play was inaccurate: the guy’s too proud and open about being gay to be a real Tennessee character.

Episode 8: “House of the Devil” Synopsis