We continue our recap of the Riverdale series with episodes 9 and 10 of the second season, “Silent Night, Deadly Night” and “The Blackboard Jungle”.

Season 2 Recaps:
Episodes 1 and 2: A Kiss Before Dying and Nighthawks
Episodes 3 and 4: The Watcher in the Woods and The Town That Dreaded Sundown
Episodes 5 and 6: When a Stranger Calls and Death Proof
Episodes 7 and 8: Tales From the Darkside and House of the Devil 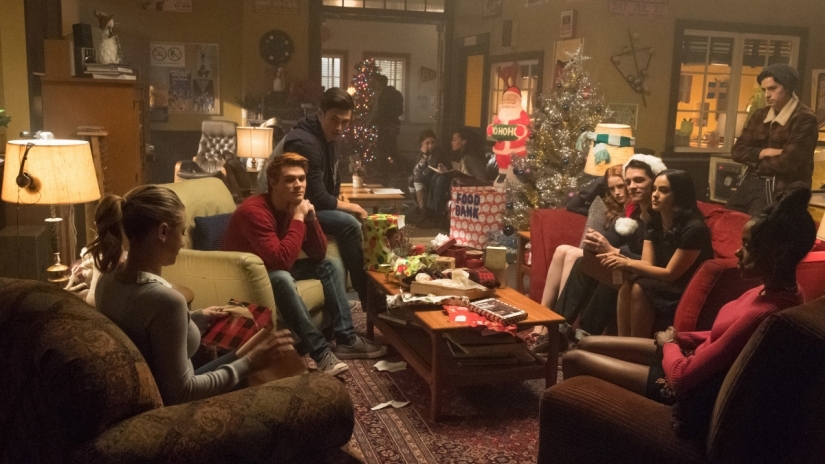 It’s Christmas time in Riverdale, and Betty and Archie decide to spend their time as single folks discovering the secrets of Joseph Conway, aka Mr. Svenson — the apparent Black Hood. After Betty gets a severed finger in the mail, the two finally decide to take out the Black Hood once and for all, kissing in his car before they go. He tries to force her to bury Archie alive, only for the police to distract him long enough for him to be disarmed, chased, and shot down by Sheriff Keller. The episode ends with Archie getting back together with Veronica — who’s paid off his father’s medical debt and made a treaty of open disclosure with her parents — and talking to his mother and Betty getting back together with Jughead, while trying to burn everything belonging to the Black Hood.

Jughead, meanwhile, decides to take Penny Peabody out after his father is roped into drug dealing. Along with a mob of other Serpents, he proceeds to slice off Penny’s Serpent tattoo and banish her completely from the gang. His father berates him, but he doesn’t care that he’s regulated to Toys for Tots: he’s still a Serpent.

Cheryl buys Christmas decorations and presents for herself, despite the Blossoms being in dire straits — and her mother pays for it through, presumably, prostitution. 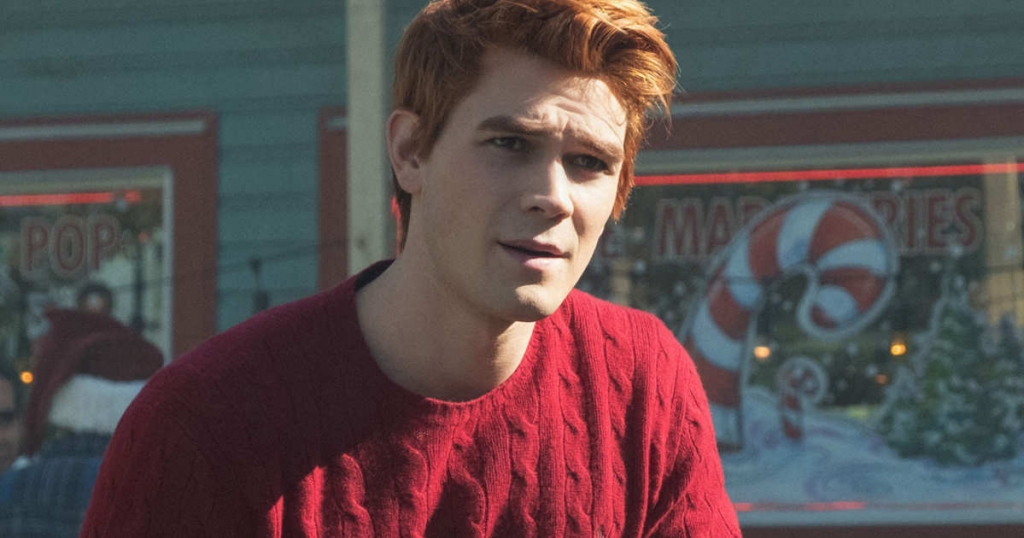 — Full disclosure: I watched this episode and the next one, then wrote this article while listening to the music of the Archies. For a band entirely built around a bunch of comic book teenagers, this band has such good music. That being said, listening to ‘Jingle Jangle’ in its original form as a love song makes it even harder to take it seriously as a drug.

— My wish came true: we finally have a set time in this show! It’s Christmas time in this episode! Fred’s selling Christmas trees to clear up his medical debt, we get to hear God Rest Ye Merry Gentlemen courtesy of Kevin and Josie, there’s an adorable Secret Santa between the core teenagers (despite everything) and we get to listen to Carol of the Bells while Nana Rose says Penelope should have drowned her babies! Fun!

— Which brings into question: how long has it actually been since Jason Blossom died?

— Speaking of the Blossoms, I liked Cheryl this episode, and it’s always nice to see Nana Rose getting screen time — as dementia-riddled she probably is — but I don’t really care about the whole Christmas tree debacle. It’s completely disconnected from everything, and it’s not even good comic relief. I did like the red tree though…it’s good to see her staying in her aesthetic wheelhouse. 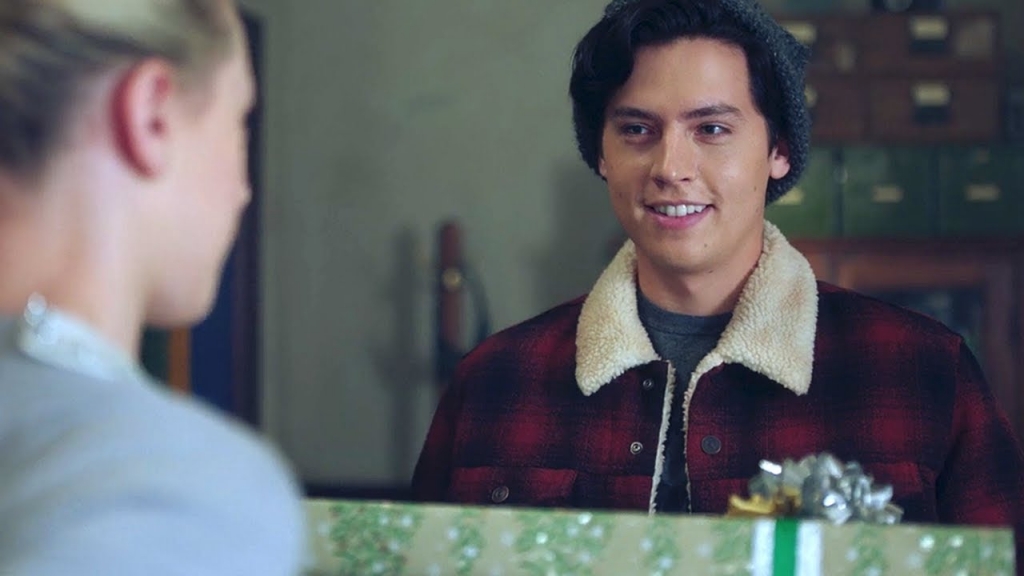 — Nothing says Merry Christmas like a slaughtering nightmare for poor Betty, along with her getting to see a man get shot and die right in front of her! It does fit the episode title though.

— It was very nice of Veronica to pay off Fred’s medical debt. I highly doubt whether the peace treaty of sorts between her and her parents will last, but at least that little knot in the story is untangled.

— The Serpents are one of those ‘gangs with a heart of gold’ type organizations apparently. I can appreciate that since literally no one is trying to help the Southside right now.

— Jughead’s not intimidating as a gang leader, but the whole ‘cutting off the Serpent tattoo’ was a lot. You know what was even scarier though? Betty almost burying Archie alive. If the cops hadn’t shown up and distracted the Black Hood enough to allow Betty to disarm him, what would have happened? Would they have both just died? 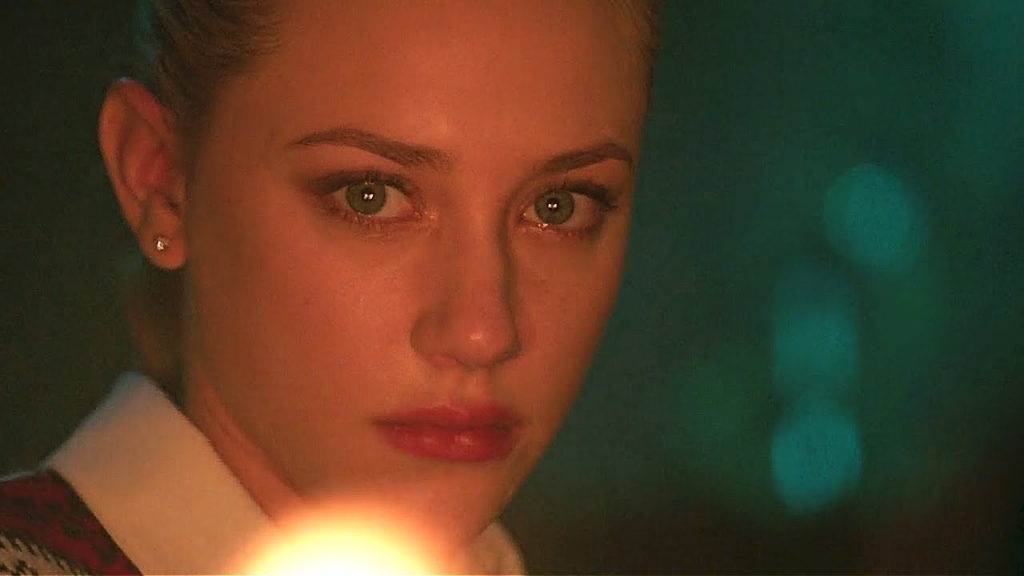 — If the Black Hood is actually Mr. Svenson/Conway, I’m going to be violently disappointed in this show. We’ve never seen his character before this season, so to just drop a random, almost completely unconnected character in as a serial attacker trying to make the town pay for its sins is completely illogical. How’d he get Betty’s cell phone number? How’d he know so much about Polly? Mr. Svenson can’t be the Black Hood. This can’t be over.

— I told you all it was going to be an episode before Betty and Jughead, along with Archie and Veronica, got back together. This show isn’t good at extending a plot line beyond an episode unless it involves someone dying. The kiss between Betty and Archie probably won’t carry much weight for later episodes.

“You should have drowned them at birth. Like a basket of kittens.” – Nana Rose. 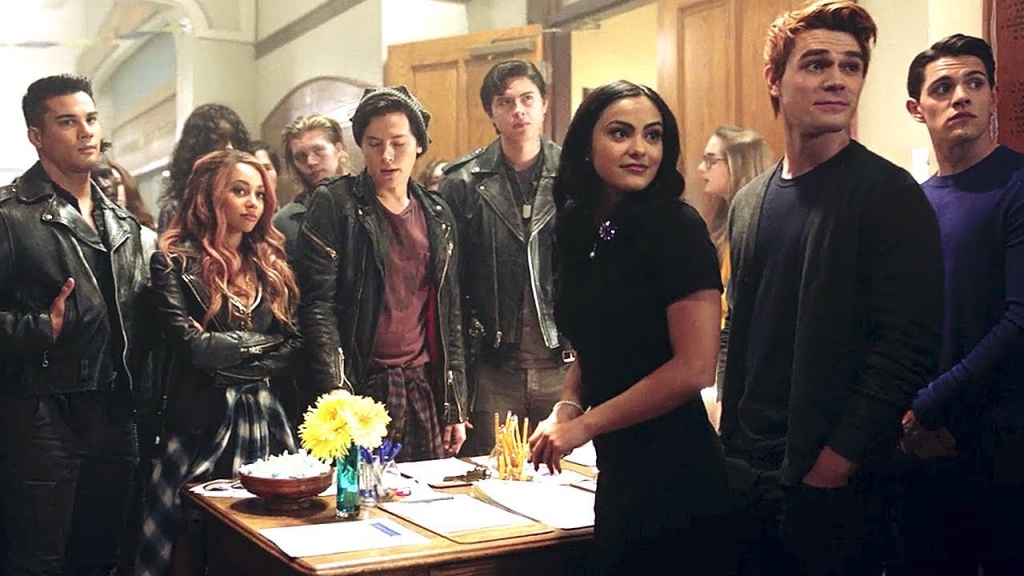 Southside High shuts down, leaving the Serpents to go to Riverdale High and be banned from wearing Serpent gear by Weatherbee, after Reggie proceeds to frame them for tagging the school and then fight Jughead over a Serpent jacket. After a small stint of suspension, Jughead returns and forms the Swords and Serpents group as a Serpent ‘home-away-from-home’.

Betty comes home to find Polly packing her things. She learns that not only has Polly had the babies (named Dagwood and Juniper), but she’s joined an organization called the Farm. A fight ensues, and the two part. Betty, after finding out information about the older brother her mother gave up, goes with her mother to meet Chic Cooper — who joins the family in Riverdale after Betty saves him from being attacked.

Archie meets with Agent Adams, an FBI agent, and is assigned to learn more about the Nick St. Clair incident. This leads to him beating up Nick and getting closer to Veronica. He finally asks the Agent to help protect his father and Veronica and admits to him that he isn’t sure they got the right guy when it came to the Black Hood. 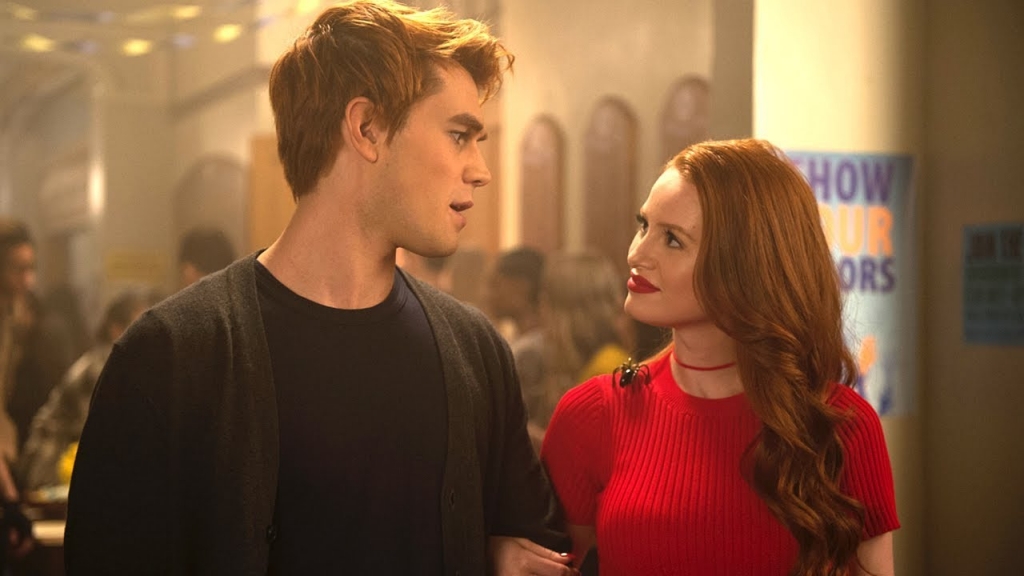 — You know what would have been a better explanation for Southside High closing down than a fake meth lab? Asbestos. It’s an old school, barely kept up, in a poor neighborhood. It’d make sense if there was asbestos in the walls. Is this a complete nitpick? Yes. Am I going to let it go? No.

— Cheryl’s discomfort with her mother being a sex worker is understandable. Not because of the sex worker profession, mind you, but because I’d be just as disgusted as Cheryl if I even knew a little bit about anyone related to me having sex beyond the knowledge that they might be pregnant.

— Good to see Archie’s getting back into music! Maybe that’ll help him cope with the fact that he literally saw a man get shot recently.

— Polly had the babies, and Nana Rose was proven right about them being twins — and now Polly’s in the Farm. I know what the Farm is, but I won’t disclose it here because, while I do warn for spoilers, I know that there’s a chance some of you might be watching through the series along with reading my recaps and reviews, and I don’t want to spoil something that far ahead. I will say that it’s not a throwaway thing. 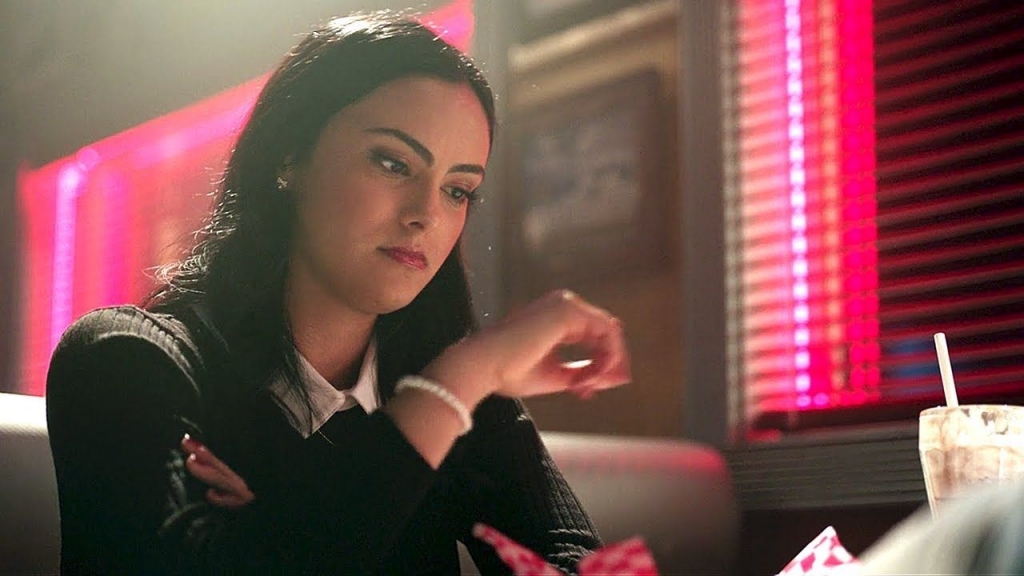 — It’s nice to see Alice giving a damn about her daughters again. They fluctuate so heavily when it comes to whether she loves Polly and Betty or not every other episode. It makes my head spin sometimes. It was also genuinely sweet to see her caring so much about Chic. I doubt whether it’ll last though.

— Chic, while menacing, is probably not the Black Hood either. While there’s some more reasoning behind the concept of him being the Black Hood, he’d still need to know Betty’s cell phone number and considering that they’d only just met this episode there’s no way he could have gotten it.

— Cheryl shouldn’t have told Archie about what happened with Nick and Veronica. It’s Veronica’s place to talk about that, not Cheryl. Still, it’s nice to see Archie and Veronica getting closer because of it. I like them better as a couple than I do Jughead and Betty, honestly. There’s more tenderness there. With Jughead and Betty, it just seems like they feed into each other’s worst sides. 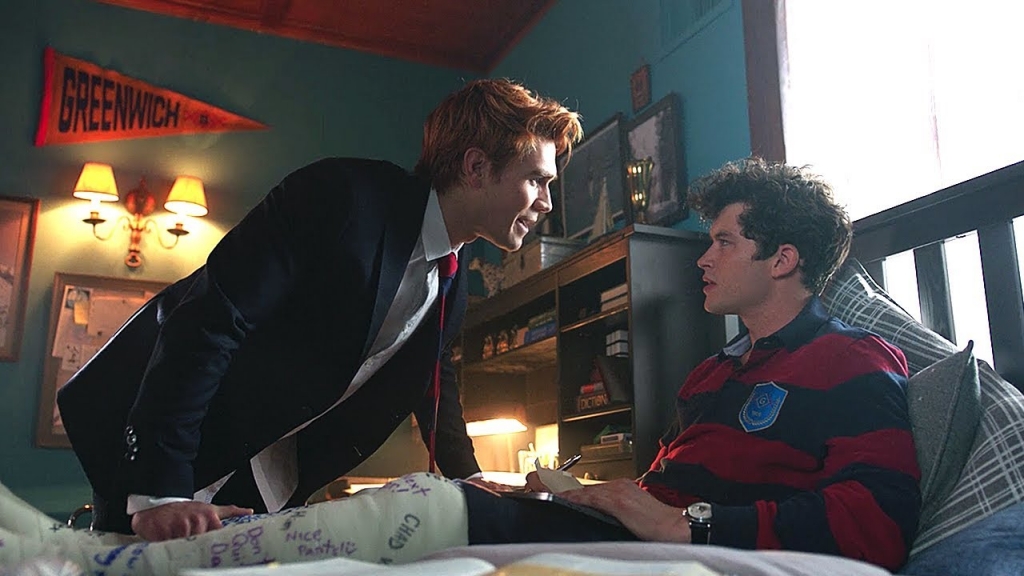 — I loved the Serpents this episode, including Reggie’s apparent hatred of them. I like Toni and Sweet Pea better than I like Jughead at this rate, honestly. Plus, it’s nice to see Dungeons and Dragons or ‘Swords and Serpents’ showing up in Riverdale’s canon.

— I feel like Agent Adams isn’t really an FBI agent. I don’t know why though, I just feel like there’s something more there.

— Nick St. Clair is still a scumbag. This episode has changed nothing in regards to my opinion towards him.

“Like I told Fogarty to lure him back to dear ol’ Riverdale, we are a gaming group. Sanctioned by Mr. Weatherbee, himself. Where like-minded students can meet and concoct world-building, role-playing scenarios, inhabiting fantastical heroes and dispatching mythological creatures.” – Jughead (Just say you’re going to play D&D, you Longfellow wannabe.)