We continue our recap of the Riverdale series with episodes 15 and 16 of the second season, “There Will Be Blood” and “Primary Colors”.

Season 2 Recaps:
Episodes 1 and 2: A Kiss Before Dying and Nighthawks
Episodes 3 and 4: The Watcher in the Woods and The Town That Dreaded Sundown
Episodes 5 and 6: When a Stranger Calls and Death Proof
Episodes 7 and 8: Tales From the Darkside and House of the Devil
Episodes 9 and 10: Silent Night, Deadly Night and The Blackboard Jungle
Episodes 11 and 12: The Wrestler and The Wicked and the Divine
Episodes 13 and 14: The Tell-Tale Heart and The Hills Have Eyes

Episode 15: “There Will Be Blood” Synopsis 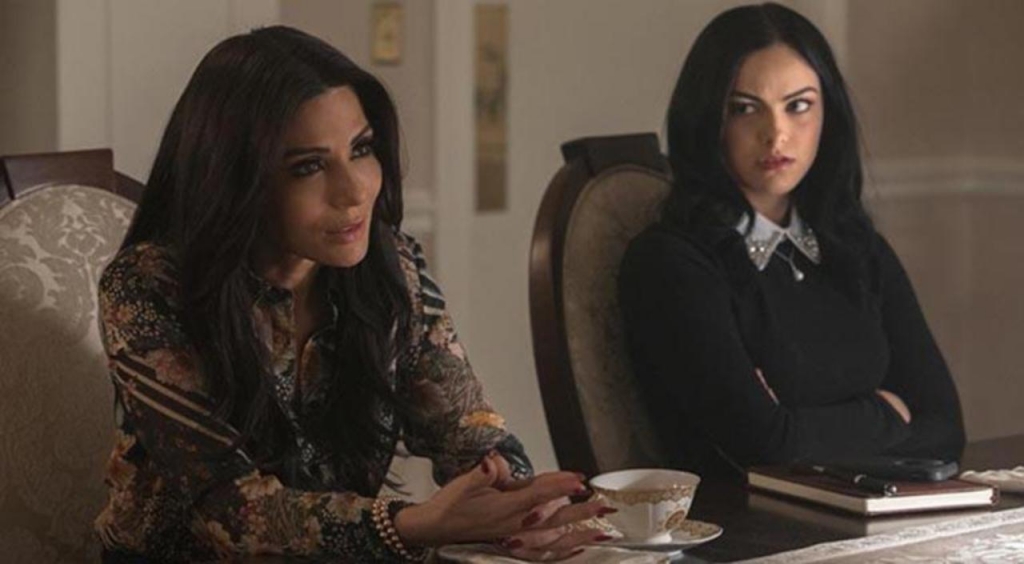 Betty continues to try and find out who Chic truly is, getting some assistance when Clifford Blossom’s will is found and promises money to whoever can prove through a DNA test that they are a true Blossom. This, after a failed attempt at using Kevin as bait to try and lure Chic into talking about things, shows that Chic isn’t who he seems to be. Polly also visits and the sisters reconcile before Polly moves on with her babies to San Francisco.

Archie and Veronica struggle over Archie’s place as a mole for the Lodges and his loyalty to her and to his father. Veronica still defends him though, and he makes a blood pact with Hiram in order to assure his trust after learning that he wants to turn the Southside into one massive prison complex, even as his father and Hermione Lodge both throw their hats into the ring for the newly open position as Mayor of Riverdale.

Jughead’s attempts to get information on Hiram lead him nowhere, save for finding out that Pops did truly sell the diner and that the Register’s been purchased too, until FP admits that he and some other Serpents were hired to trash the place on Hiram’s behalf and lower the property value so it would be easier to buy. The two travel to meet up with one of FP’s prison connections, who knows Hiram’s entire plan and tells them every detail. The article revealing Hiram’s true nature is written, but blocked by Principal Weatherbee.

Cheryl Blossom discovers her father’s will and finds that she is now heir to the maple syrup empire now that Jason is gone. As she’s preparing to give a speech, someone new appears: her father’s twin Claudius who’d fled after being threatened by Clifford and joined the Merchant Marines. She also bonds further with Toni Topaz, much to her mother’s dismay. 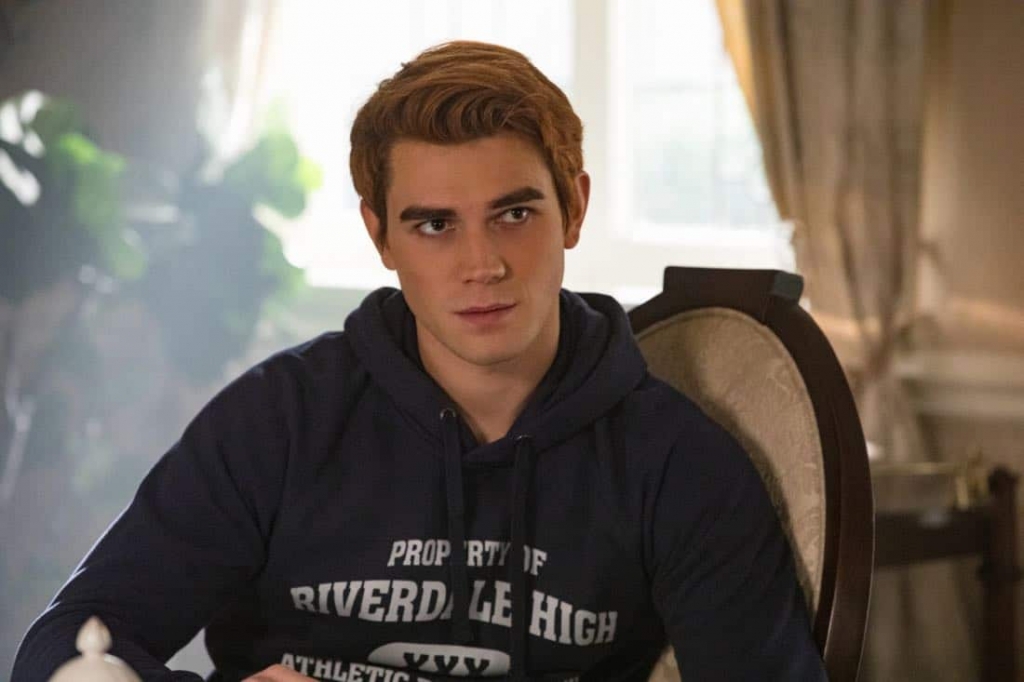 — As much as I think Chic is creepy, Hal isn’t better. He’s just a familiar evil rather than an unfamiliar one. Should Alice have put so much trust in Chic? No. Should she and Betty trust Hal? Considering the fact that he tried to force Polly into having an abortion, no. I agree that Chic probably isn’t really Chic. He looks the part, yeah, but just because it looks like a duck that doesn’t mean it’s a duck. He was especially dodgy about that blood test, so that’s something to note.

— Speaking of Polly, it was lovely to see her and the babies again and even better to see her and Betty making amends. I hope she finds something good out in San Francisco, and that her babies will be safe and sound there.

— Claudius is more than a little creepy, and I trust him just about as much as I trusted his twin. He will not be going on the parent ranking, because he’s not a parent nor will he likely become a father figure to Cheryl.

— I’m glad Toni and Cheryl have become friends, but bringing your friend to the reading of your father’s will is kinda weird Cheryl. 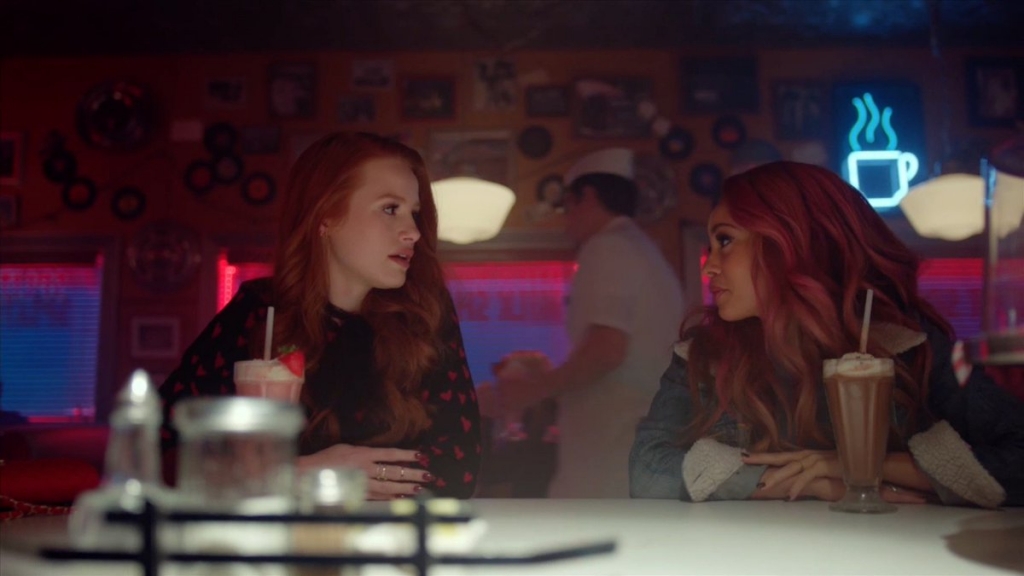 — Who was the deputy mayor and why are they stepping down? Was it Lodge intimidation tactics like what happened with Sierra, or was it something they planned of their own volition?

— I didn’t like Betty putting Kevin out as bait for her brother. Friends don’t put their friends out for their creepy brothers to ogle over for information. It barely even worked. I’m proud of Kevin for standing up to Betty about it though. Good for him!

— Honestly? I’m all for Mayor Fred. He’s the only adult in this town besides Sierra and Sheriff Keller who knows how to actually take care of people. I hope he beats Hermione in the election. Especially since Hiram wants to turn the entirety of Southern Riverdale into a for-profit prison.

— Why is Sierra Penelope’s lawyer now? Is Penelope involved with all of this Lodge family stuff?

— Pop Tate is the best non-parent adult in this town, and that shouldn’t be a thing I have to say but here we are. 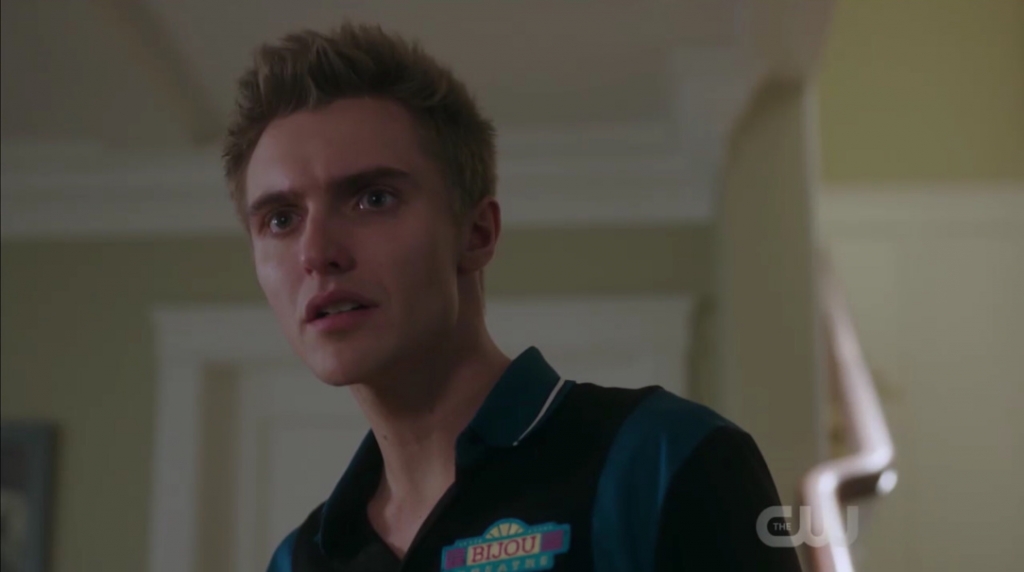 — Veronica genuinely tried to protect Archie this episode, even lying about him being the mole to her parents. Honestly? Her relationship with Archie, while still tainted a little by her parents, is healthier than Betty and Jughead’s. After all, Archie and Veronica haven’t covered up a literal murder together. A couple fights, yeah, but there’s a difference between squabbles and covering up a dead body.

— Riverdale, I can’t take these people or things seriously if you keep giving them silly names. War Baby isn’t scary with a name like War Baby. That’s the name a 1940s soldier calls his mistress in Paris while he’s deployed.

— Can’t you just have Archie and Hiram put their hands together like a normal blood pact, Riverdale?

— Riverdale Parents Ranking: Fred, Sierra, Polly, The Lodges, FP, Alice & Penelope (they’re tied). Polly won’t be going on the final ranking for the season, but I figured that she deserved a spot on here at least for this episode.