We continue our recap of the entire Riverdale series with episodes 11 and 12 of the third season, “The Red Dahlia” and “Bizarrodale”.

Season 3 Recaps:
Episodes 1 and 2: Labor Day and Fortune and Men’s Eyes
Episodes 3 and 4: As Above, So Below and The Midnight Club
Episodes 5 and 6: The Great Escape and Manhunter
Episodes 7 and 8: The Man in Black and Outbreak
Episodes 9 and 10: No Exit and The Stranger 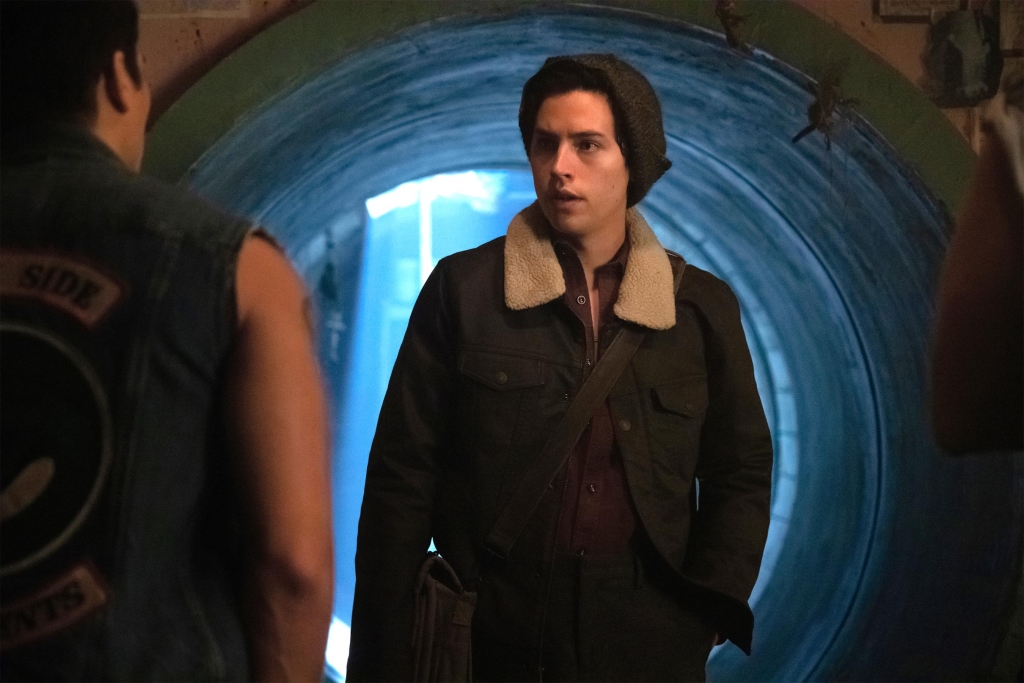 Jughead continues to help Fangs and Sweet Pea cover up the fact that Tall Boy has been murdered from his father, who is now the Sheriff of Riverdale,  while also helping Veronica try and uncover who it was that actually shot her father. He questions Hermione, who claims innocence and reveals that she has photographs of Hiram with another woman, and Penelope, who is now running a brothel called the Maple Club. All this, only to be held at gunpoint by Mrs. Mulwray, Hiram’s mistress, when he’s caught snooping around her office at the water works department. He reveals Hermione’s plan to his father, having finally figured it out after confronting Dr. Curdle: she plans to frame him for Hiram’s assassination. The truth finally comes to light: FP shot Hiram as revenge for Riot Night. With Alice’s help, they get Hermione to comply to an interview but Veronica silences Jughead from telling people the truth by promising that she’ll take FP down with her.

Archie, haunted and purposeless, turns to drinking for comfort. Josie, however, refuses to watch her friend fall into alcoholism and encourages him to sober up by spraying him down with cold water and telling him to try and get himself together by facing his demons. He does this by considering killing Hiram – only to stop his attacker (the apparently alive Minetta, discovered by Sweet Pea and Jughead) and come to a truce with Hiram. He resolves to continue working with his dad, boxing, and even asks if Josie will sing with him. She agrees, as long as he sings back up. 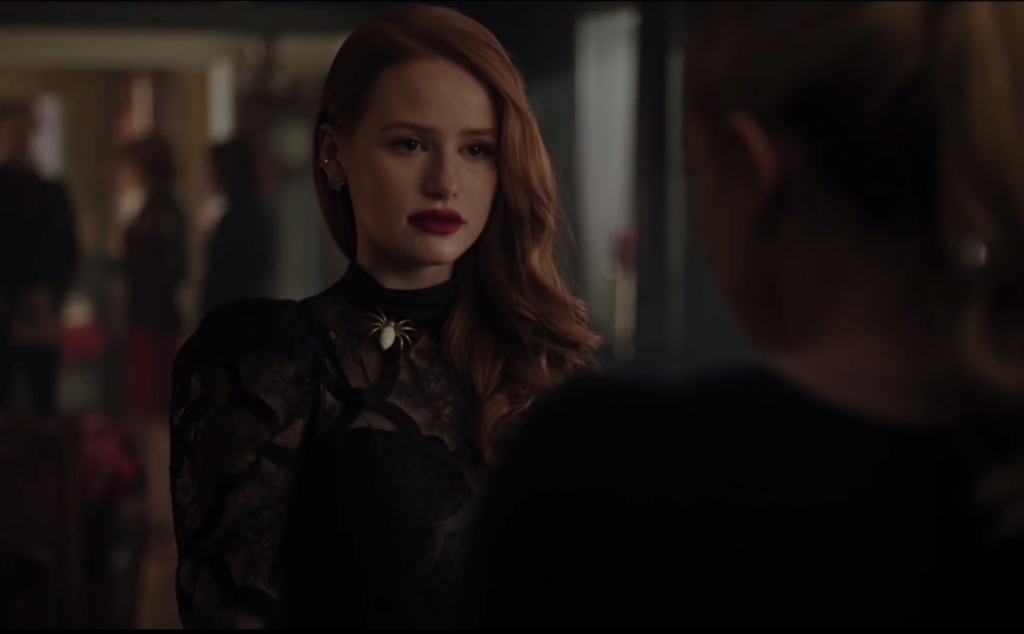 Betty, suspicious about Clifford’s death, confronts Penelope after Cheryl refuses to give her information after Claudius’s funeral and after finding information from Dr. Curdle: Clifford was poisoned with pufferfish venom. Penelope admits that it’s true: she poisons men. She killed Clifford, who killed her son, Darryl Doiley, and Claudius, who caused the seizures by poisoning the water supply of Riverdale with drugs – the falsified water tests mentioned previously. She’s shaken and goes to her father to talk about it, debating her own morality and that of her family.

Veronica tries to keep her family’s business together, firing her useless capos and bringing in her inner circle: Reggie and Smithers, for their assistance. She collects the money owed to her family, and uncovers that her mother’s involved in the Fizzle Rocks industry with the Blossoms and there’s someone willing to buy the lab and drugs. Reggie and Veronica proceed to take all of the Fizzle Rocks in a raid and burn them. Doomed at the hands of the unknown buyer, Veronica pays Jughead off for his work and refuses to know who shot her father and Hermione shoots Minetta, her lover, in the head. 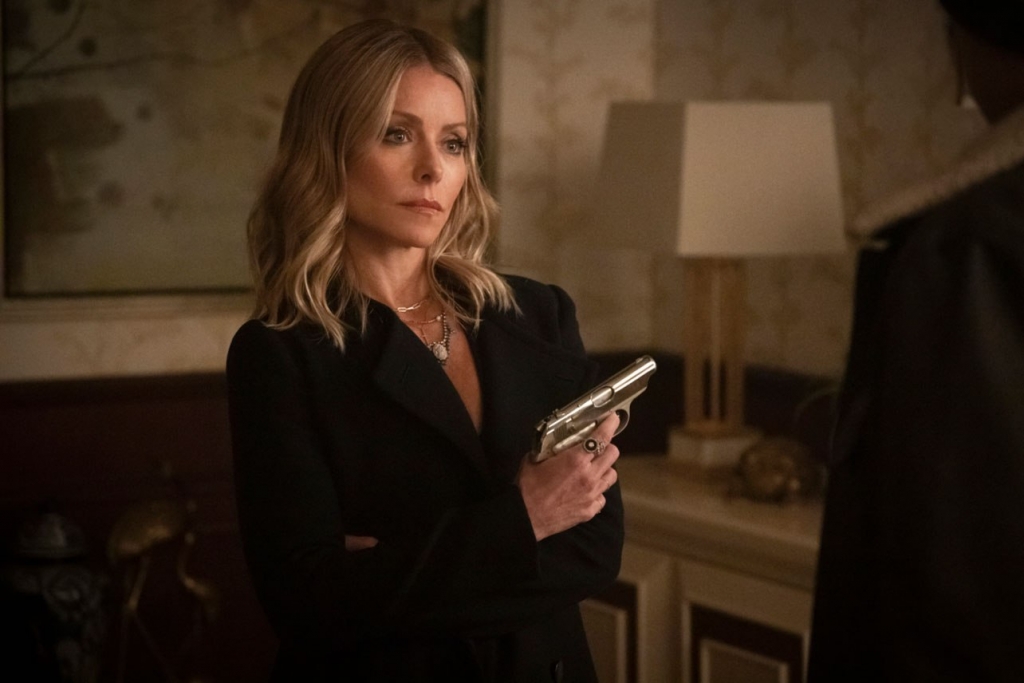 — I liked Kelly Ripa in this episode! She’ll probably only make this one appearance but it wasn’t a bad one!

— Is Minetta finally dead? For sure? I feel like he is but apparently death isn’t a real thing in this town.

— Does everything with the Blossoms have to do with maple syrup?

— Archie shouldn’t have shot at Hiram, no, but someone should have shot him down.

— Hal is absolutely not the best choice in the world to act as Betty’s parent again. She shouldn’t see him as a father figure again because he literally spent months, maybe even a year, threatening her. If this show is setting up a redemption arc for him, it really shouldn’t be. 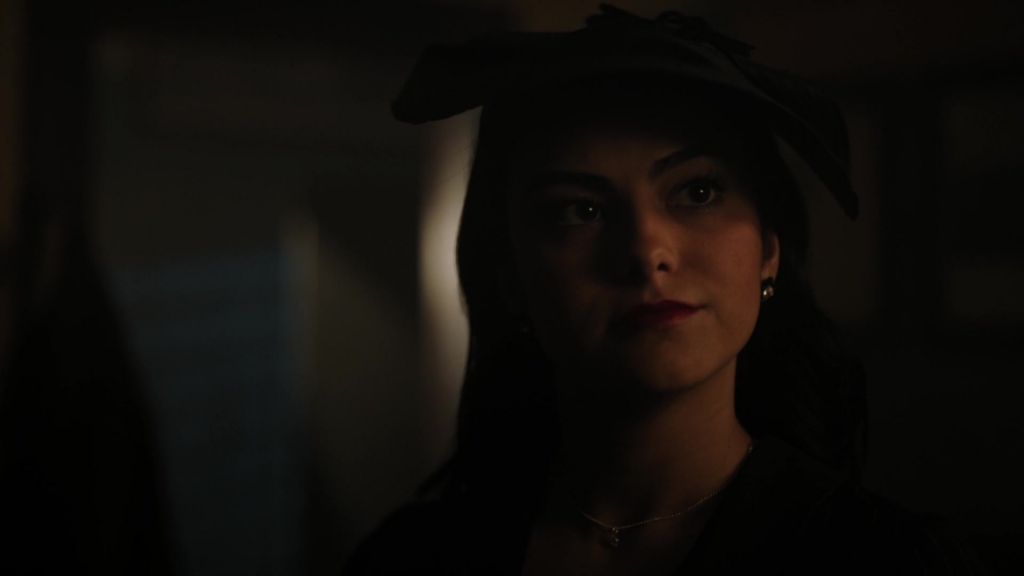 — I don’t know how I feel about the parents in this show anymore. Almost all of them are awful.