We continue our recap of the entire Riverdale series with episodes 17 and 18 of the third season, “The Raid” and “Jawbreaker”.

After a short hiatus, we are back to finish out our review of the third season of Riverdale. Catch up on everything you might have missed, including recaps for all of Season 1 and 2, and everything we’ve covered so far in Season 3 using the links below — or just dive right into to our most recent recap below.

Season 3 Recaps:
Episodes 1 and 2: Labor Day and Fortune and Men’s Eyes
Episodes 3 and 4: As Above, So Below and The Midnight Club
Episodes 5 and 6: The Great Escape and Manhunter
Episodes 7 and 8: The Man in Black and Outbreak
Episodes 9 and 10: No Exit and The Stranger
Episodes 11 and 12: The Red Dahlia and Bizarrodale
Episodes 13 and 14: Requiem for a Welterweight and Fire Walk With Me
Episodes 15 and 16: American Dreams and Big Fun 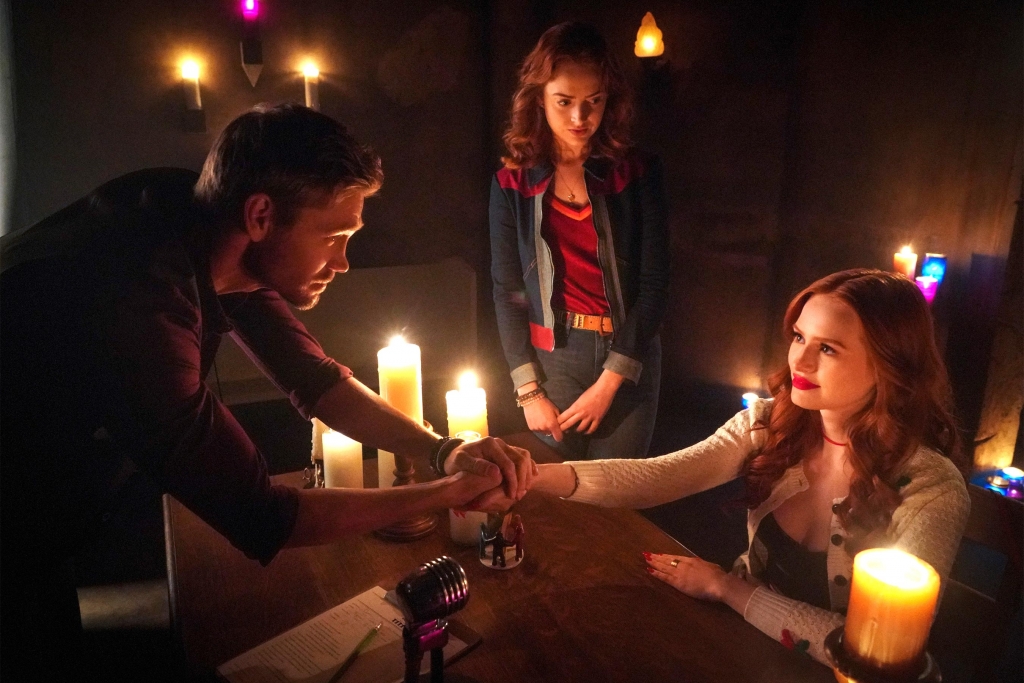 The Serpents train with FP and Tom Keller in the emptied out school at night, only for Jughead and Sweet Pea to fail their training test because they weren’t watching their backs. Jughead’s then threatened by his mother and told to stand down and keep away from her drug business. Jughead ends up ruining his father’s drug bust of the Gargoyles after threatening a comic shop owner to discover their calling card. Jughead goes rogue and  helps the prisoner raid on the Gargoyles by capturing Kurtz. He confronts his mother for arming the Gargoyles and promises that she won’t beat him.

After failing to get Betty’s help when it comes to her parents’ divorce, Veronica and her are invited to a Farm open house to see their refurbished base of operations and  learn more about their practices. They attend and are lead through the building by Kevin, but she’s left alone while Betty’s pulled in deeper. Despite her mother’s fears of possible gang violence,  Veronica sides with her father when he says Hermione can’t come with him to have a photo taken at the prison’s opening. She pleads with her parents to try and work things out, even threatening to bring in the Monsignor to remind them of the sanctity of marriage, then comforts her mother when she’s threatened with dead fish (by Veronica, hoping her father would help her mother). Hiram denies threatening Hermione, allows her to go to th